The Food and Wine of Siena, Tuscany

Around 100km due south of Florence, Siena is one of Italy’s best-preserved medieval cities and sits on three hills with the central piazza, known as Il Campo, at its heart.
This extraordinary amphitheatre, built over the original Roman forum, slopes down to the 13th century red Palazzo Pubblico and its tower, Torre del Mangia. Narrow streets, lined with tall palazzos, fan out to the city walls and restaurant tables sit outside. 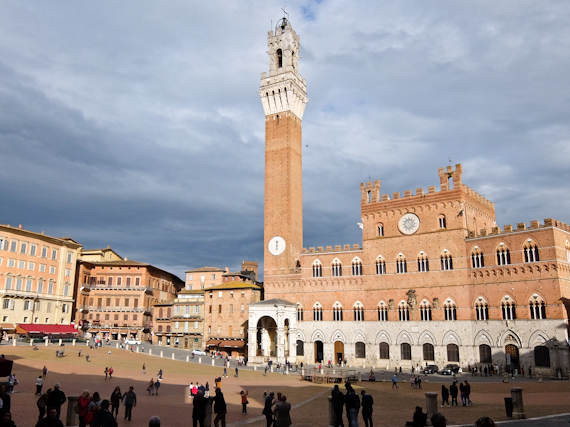 This is the southern boundary of Chianti, bordered to the north by the suburbs of Florence, to the east by the Chianti Mountains and to the west by the valleys of the Pesa and Elsa rivers. The landscape is all hilltop villages, monasteries and castles with the original forests of chestnuts and oaks cleared for the cultivation of vines and olive trees. Pigs and sheep are reared here for the production of Prosciutto Toscano, Tuscan ham, and Pecorino Toscano.

I get to sample the four typical products of the region in Siena’s excellent restaurants: 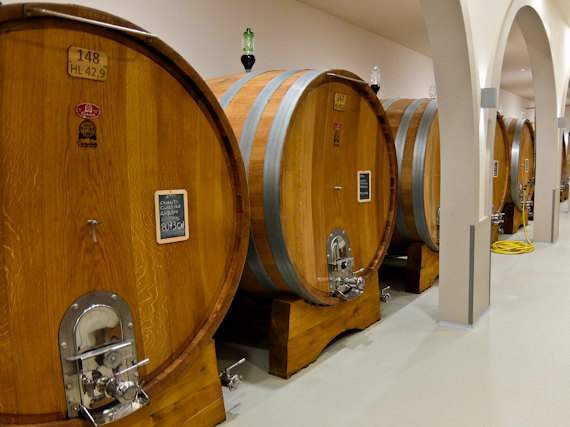 Chianti Classico DOCG is distinguished from simple Chianti by location, as it can only be produced in a small hilly region between Florence and Siena.  It’s a blend of 80% Sangiovese and 20% of other grapes, including natives such as Canaiolo and Colorino, as well as international varieties including Cabernet Sauvignon and Merlot. It must be aged for a minimum of 12 months and has a ruby-red colour with aromas of violets and cherries plus a hint of earthy spice. 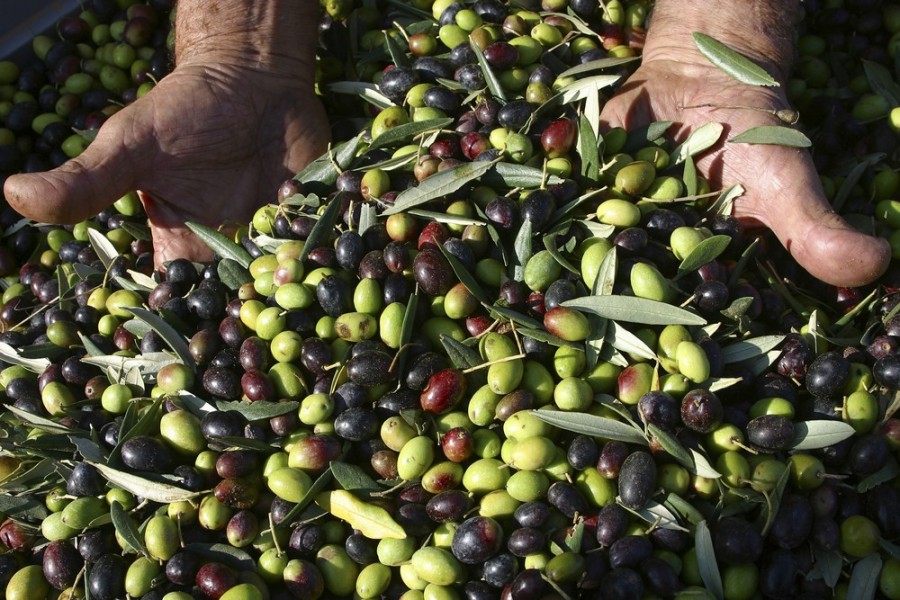 Characterized by good fruity flavour, with scents of raw artichoke and fresh grass and a spicy aftertaste, the extra virgin olive oil Chianti Classico DOP is obtained from 4 local olive cultivars: Frantoio, Leccino, Moraiolo and Correggiolo, with a maximum of the 20% of other varieties. Frantoio produces a fruity and slightly spicy oil, while Leccino is sweeter and aromatic, Moraiolo slightly bitter and Correggiolo delicate and with fruity notes. 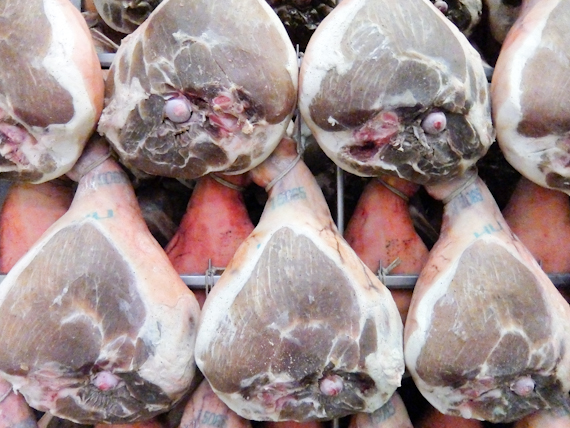 Earthy and intense, Prosciutto Toscano DOP is traditionally cured not just with salt but with local spices, including juniper, rosemary, and black pepper. Every step in the production process is regulated and starts with humanely raising the pigs in Tuscany and its surroundings. After slaughter the legs are cut and seasoned by hand and then cured in special rooms with controlled temperature and humidity for at least 12 months. Prosciutto Toscano has a delicate taste, pleasantly scented by sea salt, natural spices and pork fat. 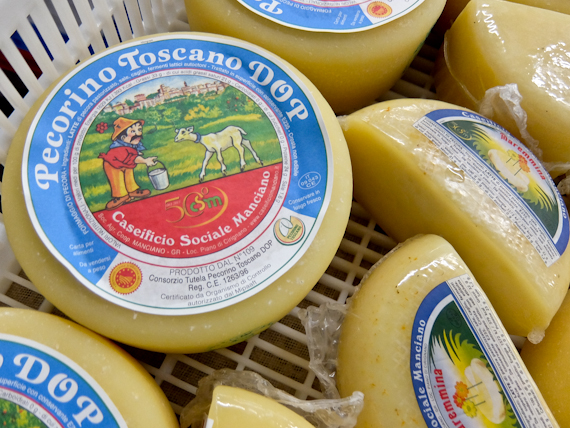 Pecorino belongs to the large family of Italian sheep cheeses with the most famous being Pecorino Toscano DOP from here. The other five are Pecorino Sardo from Sardinia, Pecorino Siciliano from Sicily, Pecorino di Filiano from Basilicata, Pecorino Crotonese from Calabria and Pecorino Toscano from Tuscany. It comes in two versions, the soft one, fresh and delicate, as young as 20 days and the semi-hard version, aged from 4-12 months. The young cheese is milder and creamier while the older cheeses, are crumbly and have decidedly buttery and nutty flavours. 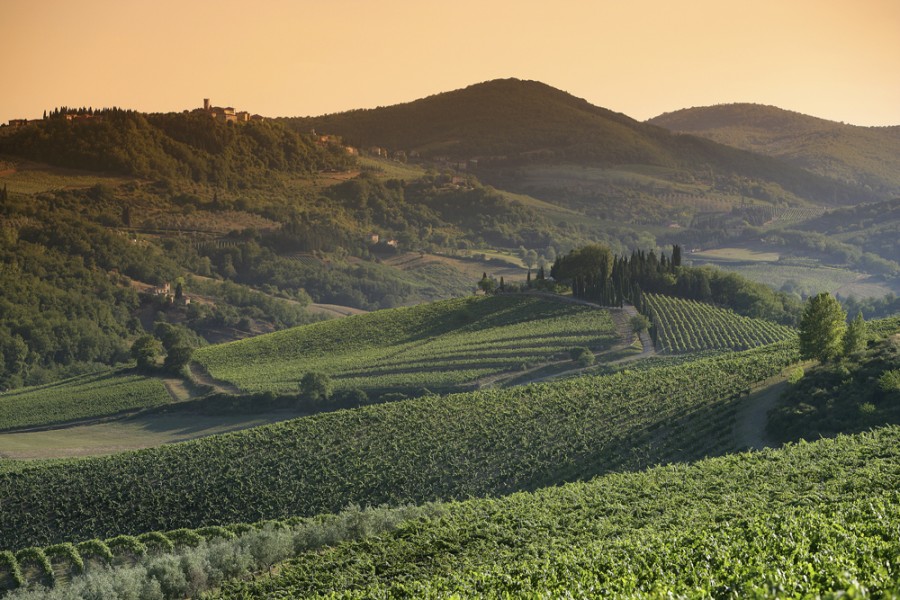 The Cooking School of Leila Ciampoli

Located not far from the Piazza del Campo, in the city’s former slaughterhouse, Lella Cesari Ciampoli teaches typical Tuscan cuisine. We start with a simple Bruschetta – bread sliced a centimetre thick, grilled on both sides and rubbed generously with a clove of garlic. Of course, it’s then drizzled with extra-virgin olive oil Chianti DOP and eaten while still hot. 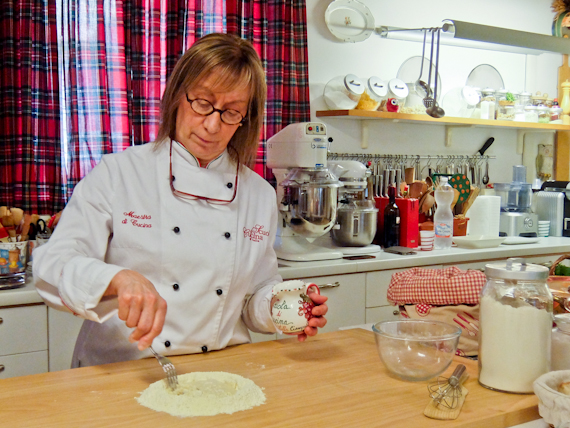 Bread which is two or three days old forms the basis of Pappa col Pomodoro, a thick soup. Cloves of garlic are fried in extra-virgin olive oil with a crumbled dried chilli pepper and thin slices of the stale bread is added. After the oil has been absorbed, tomatoes and fresh basil leaves are added before it’s covered with beef stock and cooked for an hour. The result is filling yet delicious. 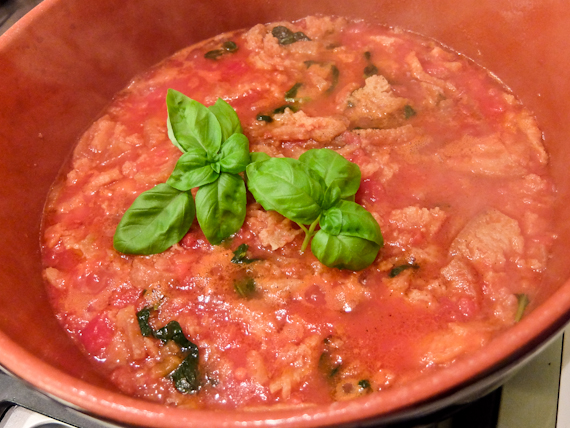 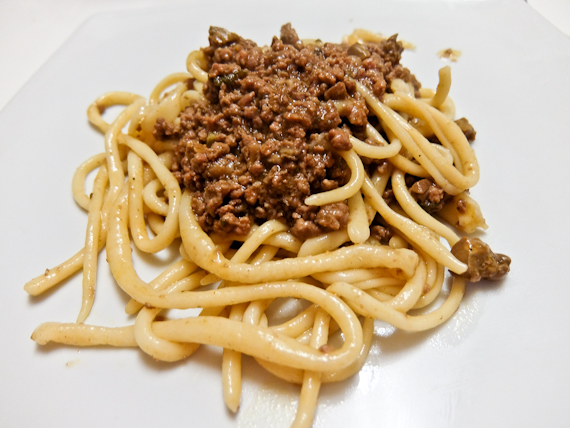 Using the local thick spaghetti-like fresh pasta I also get to make Pici.  First I mix flour water and salt into a dough and knead it for a few minutes before letting it rest for 30 minutes. Then there’s the hard work – I select a tiny piece, roll it out with fingers into a long strand and then repeat until I have enough for dinner. I plunge the pasta into a large pan of boiling salted water for three minutes and then drain.

Meanwhile, Lella has prepared a Sugo Toscano, slow cooking minced beef and pork, tomatoes, onion and carrot, chicken livers and red wine for four hours. This makes a succulent sauce for the Pici which I must say are surprisingly light. Dessert is Cantuccini biscuits, crunchy made with almonds and eggs which we dip into Vino Santo and stagger off into the night. 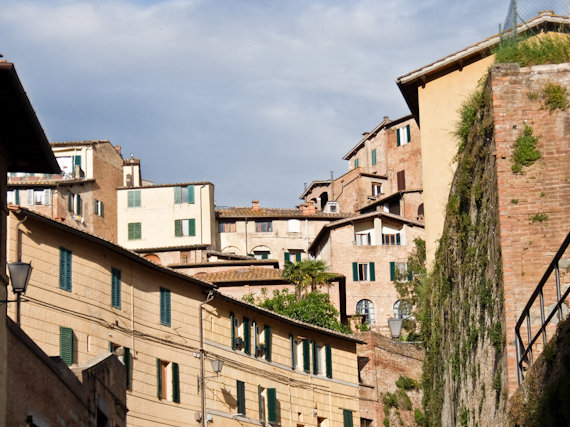 There’s still time for a nightcap sitting in one of the many outdoor cafes around Il Campo. Families are out in their finery with the children playing in the square and the adults swapping stories of the day.  Floodlights illuminate the stunning backdrop of the Palazzo Pubblico and the Torre del Mangia, and local musicians serenade the crowds. Siena certainly gives Florence a run for its money.

Tell Me More About The Food And Wine Of Siena

Terre de Siena has information about the city.

La Dimora dei Monaci is a delightful b&b in the centre of Siena in an old palazzo. Osteria Babazuf  is just next door and serves excellent local specialities with good value wines.

Compagnia dei Vinattier, near the Campo, is in an atmospheric basement restaurant and has innovative cooking.

Salumificio Viani, in Cusona, is a family producer of Prosciutto Toscano PDO

Chianti Classico DOCG has information about the wine.

Pecorino Toscano DOP has information about the cheese.

Prosciutto Toscano DOP has information about the ham.

Chianti Classico DOP has information about the olive oil.