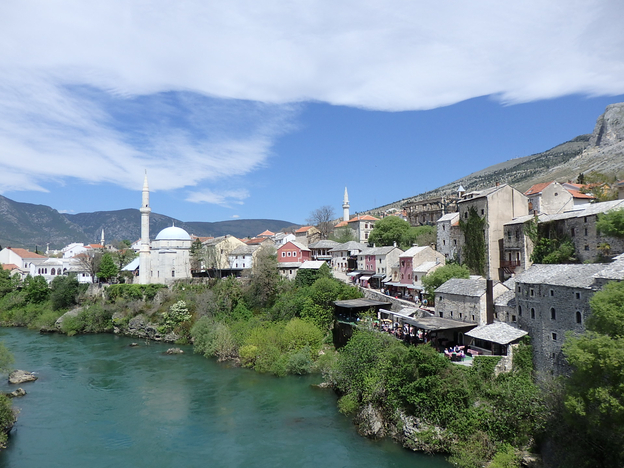 Never has a city been so defined by a bridge. Paris may have its Pont Neuf, Venice the Rialto, but only Mostar has the 16th century stone bridge commissioned by Suleyman the Magnificent which, with its swooping contours and picturesque banks, is among the most photographed in the world.