It could be the bright, funky decor of the Andersen Boutique Hotel that keeps it permanently full – or perhaps it’s that rare commodity in Copenhagen, free wine.  The daily 5pm “wine hour” at this popular hostelry is certainly bound to be an attraction in a country where bottles are not cheap.
A well-attended socialising hour is just one innovation offered by this hotel in the same ownership as the famously high-design Absalon.  Others include the promise of a 24-hour room from whatever time you check in and rental bicycles to explore a city where most inhabitants seem to get around on two wheels.
Then there are the awards – the Andersen has three times in a row taken the Luxury Boutique Hotel crown for Denmark in the World Luxury Hotel Awards, although this visitor found the beds a bit narrow and the rooms a bit small to justify such lavish praise – maybe just the ones we landed in. 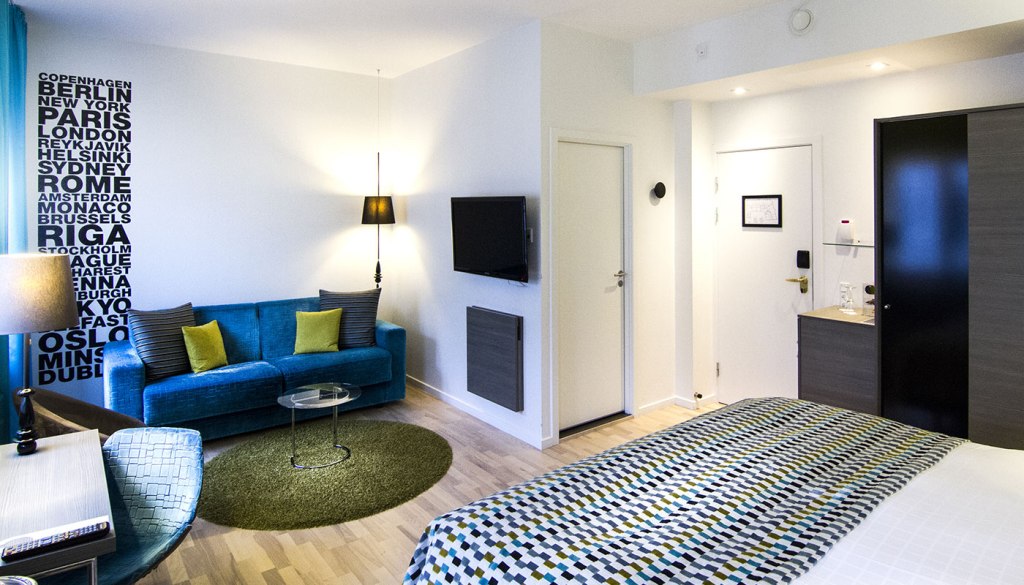 No argument, though, about the design, starting with a decidedly psychedelic lobby awash in Perspex chairs.   Bright hues are a distinctive feature of the recently renovated bedrooms, tricked out with Designer Guild textiles, and with Nespresso machines in most.   However, stylish bathrooms would benefit from more thought in the fixturing, despite the input of uber-designer Philippe Starck; the bath towels were stored out of reach for a person of a not especially titchy five-foot-three.  Family rooms which are larger and include a sofa-bed are also available, as well as junior suites. 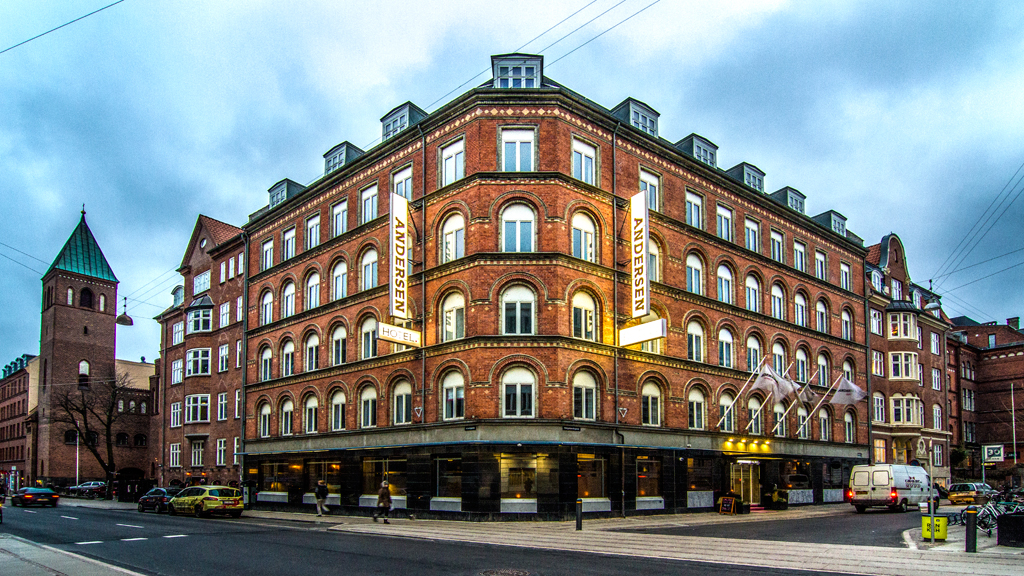 The Andersen does offer exceptionally helpful, friendly staff and a fine, 100% organic, breakfast buffet, and the location, in the hip if slightly edgy Vesterbro neighbourhood, is unbeatable for convenience.   Just a five-minute walk from Copnehagen’s central station, it’s also a pleasant 10-minute stroll to the lively restaurants of the nearby meatpacking district and close enough to walk to the Tivoli amusement park, opposite the front entrance of the station.

Tell me more about the Anderson Boutique Hotel Copenhagen