The coast, between Calais and Bologne sur-Mer, just across the English Channel is relatively undiscovered by visitors and it may because of this that an outdoor art exhibition has been mounted on some of its most scenic points.  Slack Deux Caps art festival is running between,  20th June  to 20th September 2015 and the idea is that the art fits  seamlessly into the landscape.

Fourteen local and international artists were given three themes;   Nature (be it wild, preserved or tamed)  Man (in particular the farmer, landscape architect and the fisherman) and Heritage (war, fishing and building).  Slack! has been organized in cooperation with all the local communities, in a region which has the generic term “Deux-Caps”.    The common objective is to encourage everyone to contemplate, understand and respect the landscape. 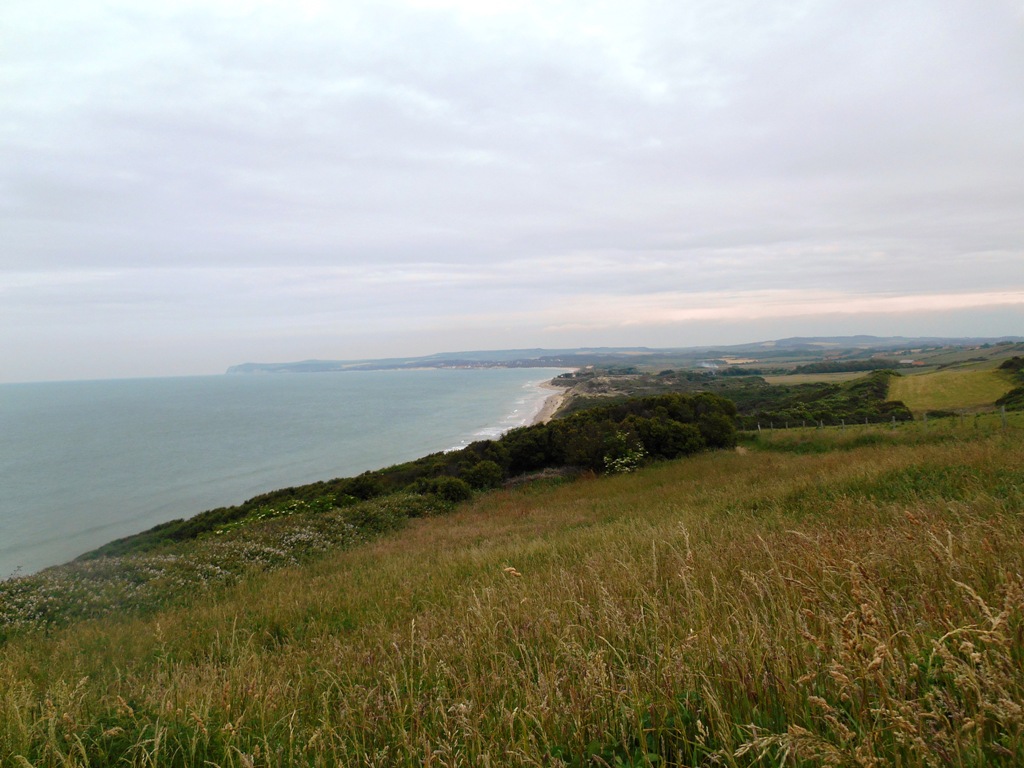 Amanda Crabtree is the English curator of Slack! and now living in Lille, she told me “Nearly all the art works need to be visited by foot because it was our intention for people to really discover this 36km of coastline in the Pas de Calais”.

My personal favourite is the Sentinel by Françoise Pétrovitch, in which the onlooker peers out of an old bird-hide to be surprised by three unusual statues standing guard.  They seem to have taken from some fable, perched on stools and stand out against the horizon like shadow puppets. 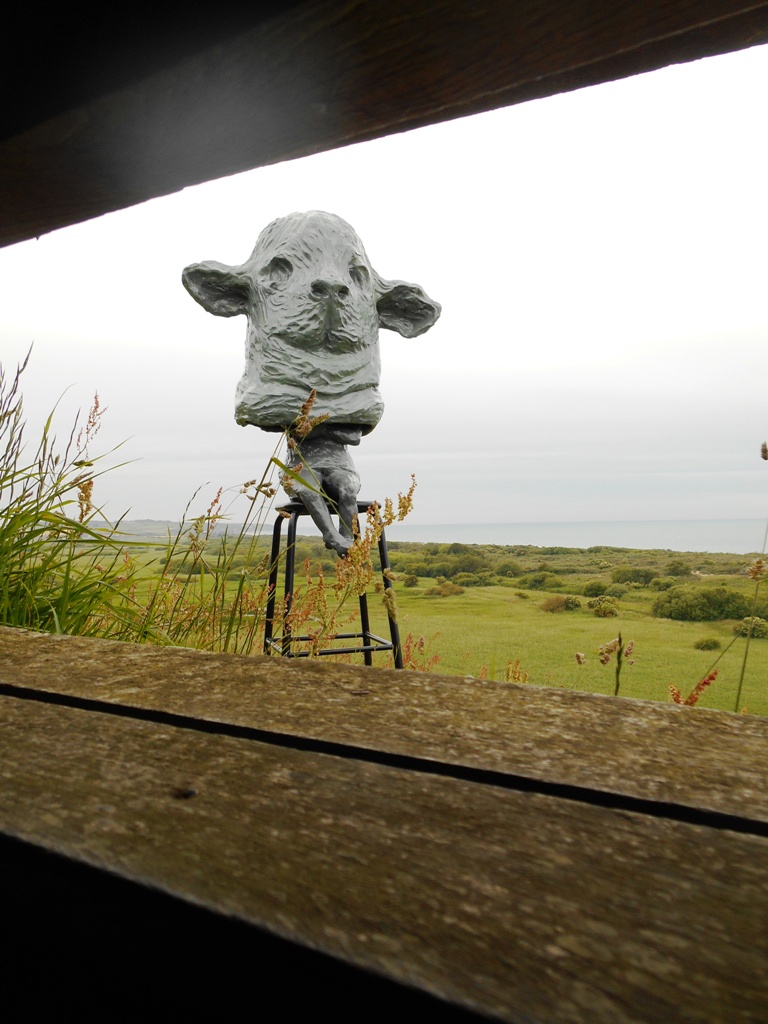 Among the bunkers of Fort de la Créche, on a ridge, are Didier Marcel’s four dramatic white blocks. His work plays on themes of gravity, scale and movement, so depending on what angle they are viewed, could represent clouds, or maybe sheep.

Mark Dion is from New York and specialises in man’s relationship with nature.  “Seagull” is the only mobile creation, and visits different sites on each day of the week.  The bird is also a kiosk and there is someone inside, giving out information and leaflets on the many types of seagulls found on the coast.  It combines art and ornithology to develop a better appreciation of gulls’ behaviours, helping people to recognise the different species and the noise that they make. 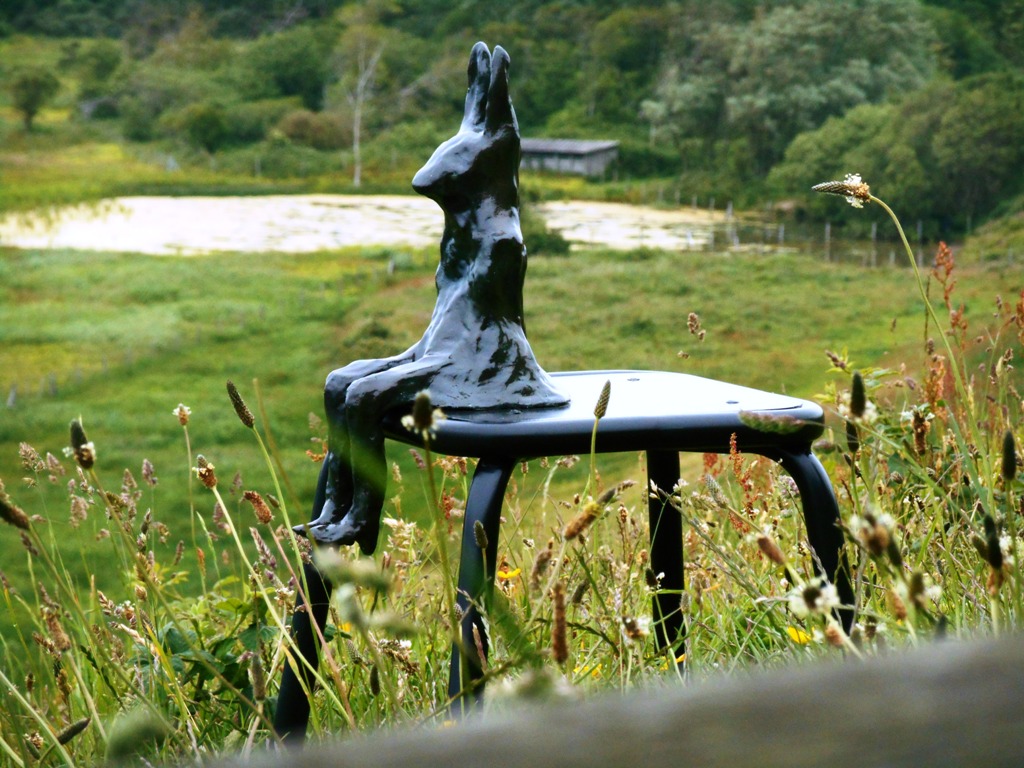 Just one of the works is going to be permanent and this will be inaugurated in September and will be by Scottish artist, Kenny Hunter.    I spoke to him about his own part in the project

“By talking to the people from this area, my aim is to reference real stories encompassing the dramatic historical events that have happened here and how they have affected the ecology and economy.    I hope to provoke many questions, which I believe is more important than providing all the answers”

A full programme of events is planned throughout the summer, including workshops, guides, visits, evening screenings, walking tours and barbeques.

I want to find out more about Slack! Deux-Caps art festival

Slack! Deux-Caps art festival is an initiative of the Département Pas-de-Calais and produced by   Artconnexion