It’s a time warp to the early 1960s, those innocent years before the decade became permissive. When colours were a railway livery of conservative cream and brown rather than Lucy in the Sky of Diamonds psychedelia.

It was a time when lives were lived by reassuring routines of railway timetables. Significantly, it was the car’s which had to pause for the trains at the far more frequent level-crossings. This was an era when the acrid aroma on the summer breeze was Welsh coal, burning in the locomotive’s boiler, rather than the drifting hallucinogens of a few years later.

Back then, local villagers in the bucolic Churnet Valley of cows, sheep and pheasants heard a rolling stock soundtrack of chuffing, puffing and steam whistles rather than the Rolling Stones failing to get any satisfaction. Though, perhaps, given the sedate speed of Hotspur, a green steam engine straight from the Thomas the Tank Engine colour chart, a relaxed chorus of Bob Dylan’s Slow Train Coming may have been appropriate. 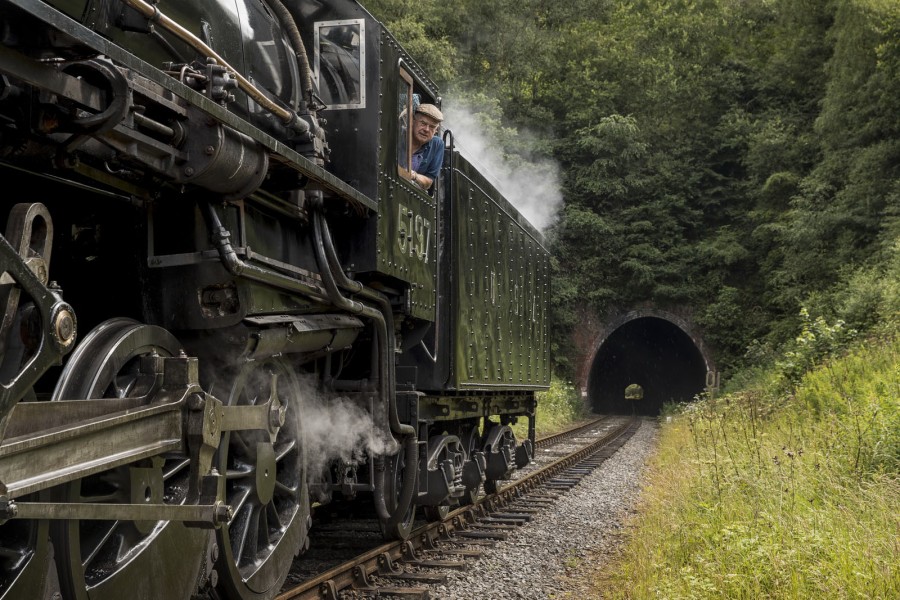 Churnet Valley Railway evokes a gentler, more generous era. Today, those on the narrowboats on the Caldon Canal or walking along the River Churnet revive the friendly spirit of yesteryear when they wave at passengers on the trains.

Imagine Heart Beat on rails merging with Thomas the Tank Engine. But both desperately ache to be the heart-warming Edwardian tale of The Railway Children by Edith Nesbit, when a young Jenny Agutter saves countless lives with some frantic waving of a red petticoat.

On the Churnet Valley Railway, it’s somewhere vaguely around 1962, an age before big bad Dr Beeching had begun to nationalise Britain’s branch railways focusing on profit centre analytics rather than the cohesion of a railway network where the branch lines fed the mainlines. Posters, in the Kingley and Froghall ticket office, advertise rail holidays to exotic destinations such as Edinburgh and Swansea but Beeching’s axe had chopped down that first local journey which had made such grand adventures possible. 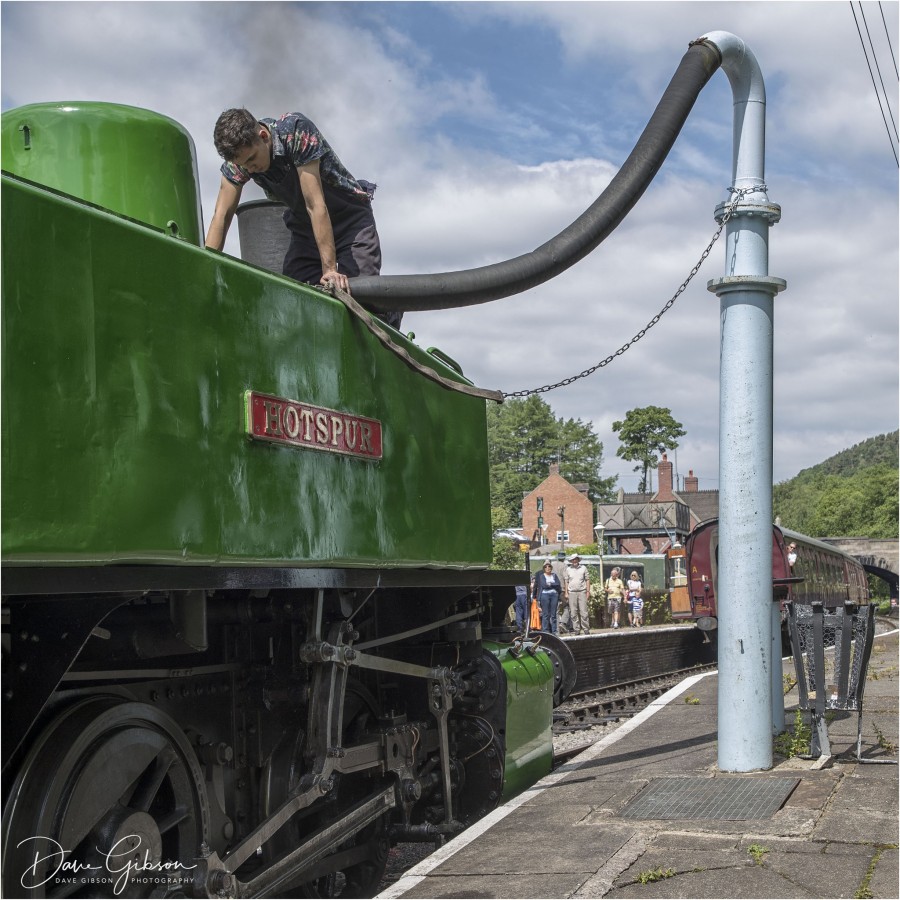 Steam billows freely from Hotspur, along this idyllic country line as if it hasn’t a care in the world. That is until the 5th January 1965 when Beeching’s Axe chopped the CVR. Tears were shed after 116 years of dutiful service following the inaugural journey in 1849.

Guards in gold braid caps with silver chain fob-watches jovially oversee punctuality on a platform that is their benignly run personal little empire. Picket fencing is proudly painted and gleaming. Stationmasters spend their time watering the hanging baskets rather than form-filling and ticking boxes. Adverts for Coleman’s Mustard, OXO and Spillers Dog Food recall a time when advertising messages had a naive simplicity and welcome brevity.

In the Tea Room, there are buckets of coal to fuel a roaring fire, with smoke puffing out of the station’s chimney. Sadly,  the wireless, with Home and Light Programmes, has long been silent. Red gingham table-cloths, flower vases on every table and ornamental plates hanging on the plain cream walls complete the simple decor. There’s a homely feel to the Kingley and Froghall Station.
A range of Churnet Valley Railway ales also recall a golden age of local breweries before they became victims of the economies of scale of a gassy torrent of mass-produced lager. 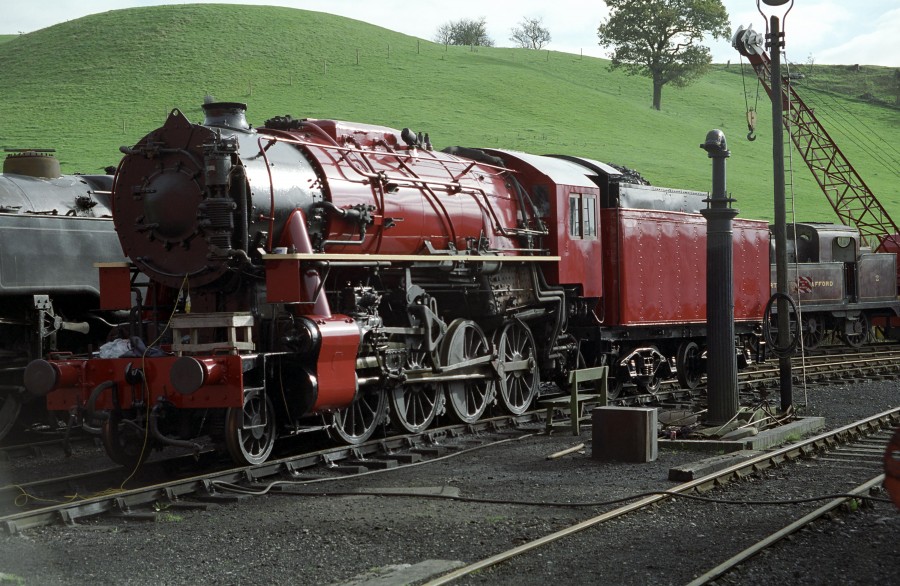 CVR offers many theme days. Operation Oatcake recalling memories of Staffordshire at war is coming soon and there are Classic Car and Father’s Day celebrations in the calendar too. But there is a nostalgic charm to taking a nostalgic journey on the whiter days and a bygone decadence to claiming a First Class six-seater cabin exclusively for your party.

It is a nostalgic dream that thousands believe in passionately. The CVR company has raised funds to restore over 10 miles of track, rolling stock has risen like a Phoenix from scrap yards and over 250 volunteers help to extend the Churnet Valley Railway vision. The signals are set and soon funding will be in place to return the railway to Leek. Restoration railway experience suggests that when a line begins from a town rather than a village, passenger numbers soar.

An online return ticket for the length of the railway, from Kingsley and Froghall Station, begins from £12.60. There is no extra charge for grabbing a First Class carriage.