A blanket of mysterious Sherlock Holmes mist envelopes Boston harbour.  I can barely make out the shape of an approaching water taxi that will pick up a huddle of raincoat wrapped passengers and their luggage on the wharf side.

Hailing a boat to get you out of town by air is not just a great novelty for visitors to Boston.  Often, it’s the fastest option. Logan airport is a mere scenic 11 minutes away by water-taxi from my lodgings – the gracious Boston Harbour Hotel. The airport runways are so close to the harbour that planes appear to take off and land in water.

A couple of days later, trapped in an Uber taxi to the airport our stress levels increased by the second after the driver, who spoke little English, misunderstood the instructions on his GPS and took the busiest route. We discovered (too late) that travelling across the harbour from the handy water taxi halt steps from the hotel’s rear side is the most sensible option given Boston’s frequent traffic gridlock.

Boston Harbour Hotel’s spectacular high-rise view of the bay is a worthy trade-off for any tiring transatlantic flight. In our case, it was a five-day road trip zigzagging through some of New England’s stellar locations. 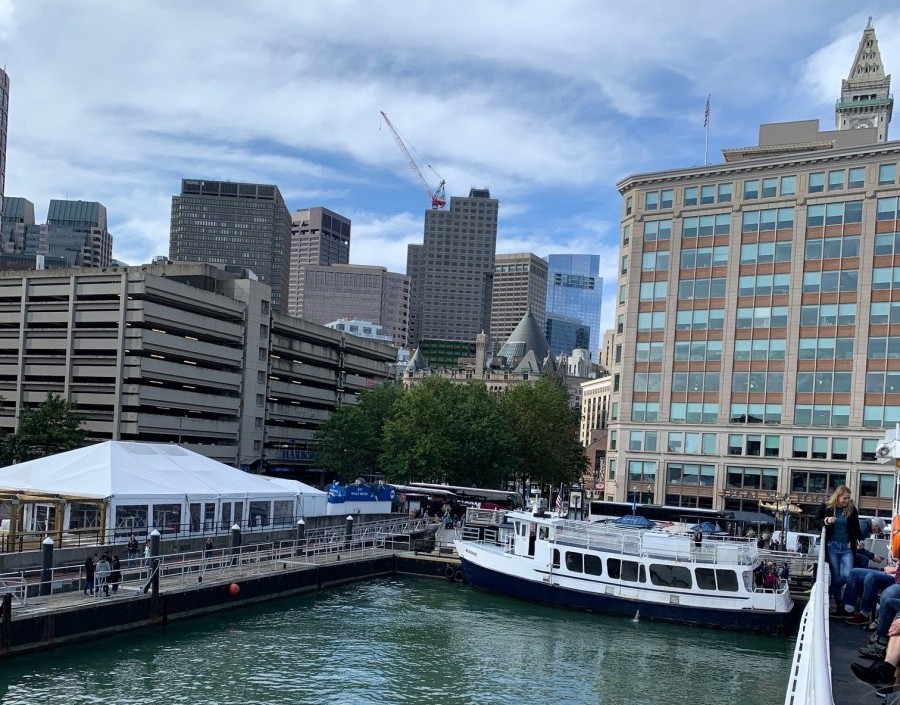 The grey rain-soaked October evening fails to dull the magic of watching Boston harbour from the tenth floor of my stylish superior bedroom. Its floor to ceiling windows offers amazing views. One of only three 5-star properties in Boston, the hotel is the only Forbes five- star waterfront property.

It is strategically located on historic Rowes Wharf close to the Rose Kennedy Greenway, a tree-lined open space reclamation project that stretches for miles. Nearby you can also pick up the two-and-a-half-mile long Freedom trail walk, following a red brick continuous pavement marker passing through landmarks of Boston’s history.

A generation ago Boston harbour was quite literally a dump.   A swim in the harbour could result in a trip to the hospital, our harbour cruise guide explains. Refuse was dumped in the expectation it would float out to sea. Instead, it returned on the next tide. Spectacle Island, one of a string of islands today turned into nature reserves and beaches, used to be a smouldering trash pile.

The industrial waterfront suffered many decades of decline and disrepair, he adds as we look back at Boston’s gleaming skyline of glass and steel that frames the regenerated seaport district. Historically an industrial area comprised mostly of warehouses, factories and shipping facilities the waterfront and Seaport today are a testament to ambitious regeneration and creativity. 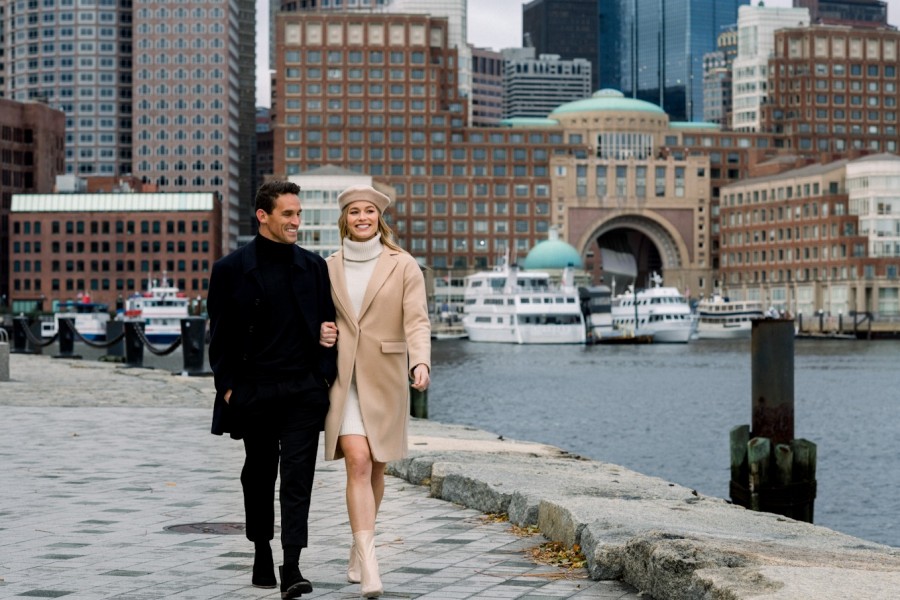 Now one of the world’s great waterfront destinations., at its centre Boston Harbour Hotel on Rowes Wharf has an unmissable 60-foot high archway linking the waters of Boston Harbour to the cityscape at the rear. This ‘gateway’ arch and the giant American flag that flaps in the breeze above has become a key city photo opportunity.

Step inside the Boston Harbour Hotel and you are in for a treat, from the warmth of the welcome to the relaxing atmosphere. That is a draw for non-residents, attracted by the extensive outside terrace out back, the buzz of the marina, and the comings and goings of boats. In summer free movie evenings and music make it one of the top locations for kicking back and enjoying the vibe.  The extensive buffet brunch at weekends is another enticement, popular for local family gatherings as well as with resident and non-resident visitors to Boston.

A nautical theme runs through the hotel’s plush public spaces where maps and yachting photographs are displayed against a backdrop of marine blues, greys and sea green, polished mahogany and brass.

Light-filled lounges looking out on the harbour are in contrast to the shadowy rosy glow of Rowes Wharf bar, serving traditional and contemporary cocktails and bar bites created in “New England Style” by the hotel’s executive chef Daniel Bruce. 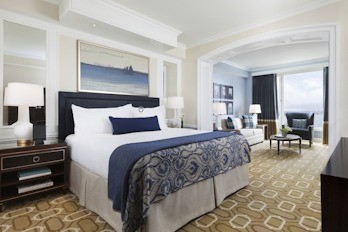 Gregarious charming Bruce is a mine of useful information about the city and knows all the best places around He is the driving force behind Boston’s annual wine festival, based at the hotel.

Meritage is the Boston Harbour Hotel’s award-winning fine dining experience.  We opted for the more casual Sea Grille, trying shared plates, each one better than the last – prawns in a light beautifully seasoned batter, then seared scallops, followed by Tuna and Salmon Crudo with Seaweed Salad, sliced Avocado and Wasabi Aioli.  Afterwards, we had barely room for a shared succulent filet mignon. Most of Boston’s signature dishes, including clam chowder and lobster are a staple of most restaurant menus in one of America’s best food capitals. Prices at Sea Grille for sharing plates ranged from $14 to $22. Another menu speciality, Chef Bruce’s selection of fresh fish seasoned with Sea Salt and grilled to perfection averaged $32.  Deserts included a sensational Pumpkin ice cream confection.

The hotel’s claim to fame – and it is no idle boast I discover during my two- night stay – is that here everyone knows your name (unlike the over-commercialized Cheers pub, inspiration for the original TV sitcom of the same name on Beacon Hill.) 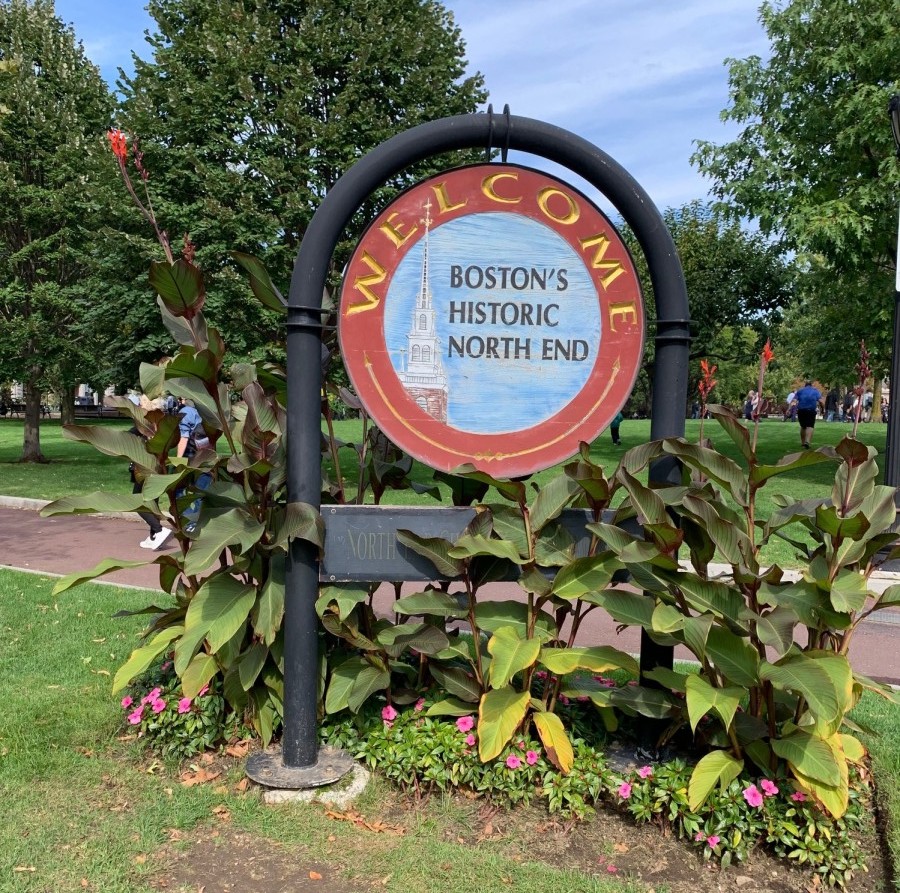 This two-story mix of bars and souvenir shops dedicated to ‘Cheers’ turns out to be so anonymous and overcrowded with tourists that the slogan “Cheers where nobody knows your name” is the reality.

Dublin born managing director and general manager of Boston Harbour Hotel, Stephen Johnston exudes Irish friendliness and charm. He says that their 5-star ranking and the string of awards they’ve won since opening in the late eighties is down to impeccable service and staff friendliness as well as the high-end facilities.

The hotel’s 60 ft long swimming pool offers great lap exercise in the health club and spa, burning up calories from the in-room ‘surprise’ snack of home-baked potato chips with a delectable warm lobster filled buttery brioche roll to fill the gap before dinner.

“Our team are dedicated to providing every guest with a memorable experience – one we like to think is ‘beyond compare; it’s all about great service, making the guest feel special at every stage of their visit”, the hotelier adds.

The hotel’s 232 luxurious rooms and suites have either pristine harbour views or take in the city skyline.  Boston Harbour Hotel is close to North End (Little Italy) with its many great Italian eateries and patriot Paul Revere’s home which is Boston’s oldest original residence. The New England Aquarium and the Boston Children’s Museum, as well as harbour cruises and trolley tour ticket booths and departure points, are five minutes away from the entrance.

Passengers now board water taxis to Logan airport in warm late October sunshine.  We are stretching a leisurely pre-departure breakfast out enjoying the bobbing yachts, jangling spinnakers, and lapping waves, a world away from the city behind us.

Go to Boston Harbor Hotel to find lots of packages and special offers. Rooms (two sharing) start at £260 per night.