There is a buzzing exhilaration about exploring Angers, a bright modernity underpinned by a unique and fascinating heritage. This lively city of noteworthy architecture, rainbow-coloured trams and more than 150,000 souls is highly regarded as urban friendly, full of fun, lively with festivals and street theatre – such as the Anjou Festival, the second biggest outdoor theatre event in France – and, with more than 1,500 acres of parks and green spaces, worthy of its accolade as one of the greenest cities in France.

Before the French Revolution, Angers was the capital of the province of Anjou, a proud name that today rings loudly among those who know a thing or two about fine wine. The city has been an important stronghold for centuries, as its gigantic medieval fortress overlooking the Maine river reminds us.

It was built by St Louis between 1228 and 1238, and narrowly escaped destruction during the Religious Wars. During the 1500s, it was used as a prison, and remained as such until just after the Second World War, when it was given to France’s Historical Monuments administration.

Angers developed at the confluence of three rivers, the Mayenne, the Sarthe, and Le Loir, all coming from the north and heading south to La Loire. 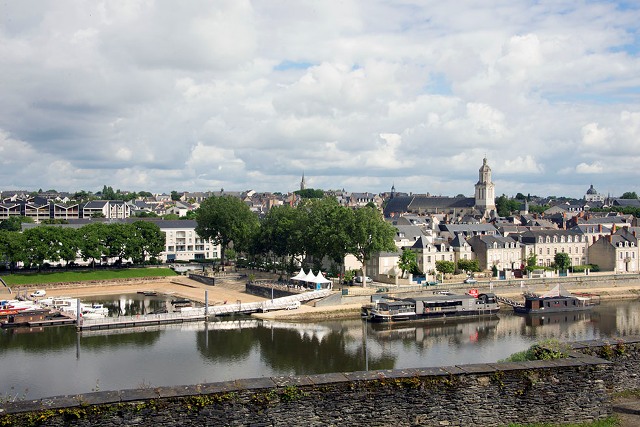 Their confluence, just north of Angers, creates the Maine, a short but wide river that flows into the Loire just 12 kilometres to the south, making this arguably the shortest river in France, and flowing into the country’s longest river, the fluvial long and short of it, so to speak.

The oldest streets and buildings in Angers are found on the promontory close by the castle, a delightful mish-mash of narrow streets and honey-coloured buildings. 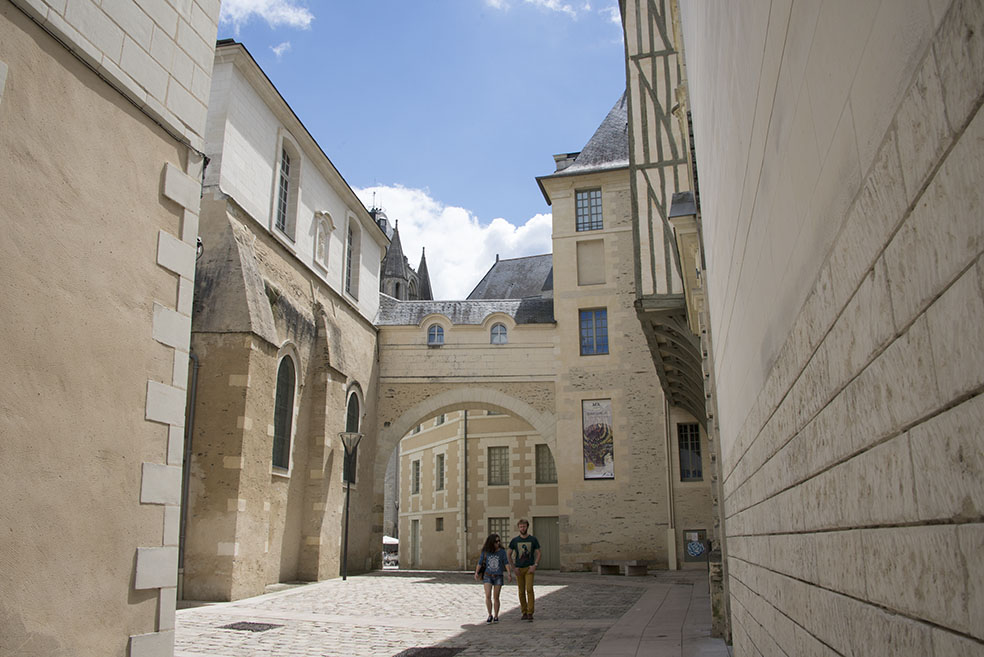 Here, the whole urban structure dates from the 13th, 14th and 15th centuries, although a military presence here has been attested since the 3rd century, evidenced by the remains of an antique city wall still visible in the castle grounds, built to protect the city from the Germanic invasions of 275 and 276.

The castle’s greatest jewel today is the 14th-century Apocalypse Tapestry, originally 133m long and 6m high, and a grandiose if doom-laden illustration of the Revelations of St John.

But, if I’m being honest, it is seriously outshone in terms of splendour by the modern version, Le Chant du Monde, a series of ten tapestries that represent the crowning achievement of artist Jean Lurçat  housed on the north side of the river, in the Hopital Saint-Jean. Itself a masterpiece of Plantagenet Gothic architecture. 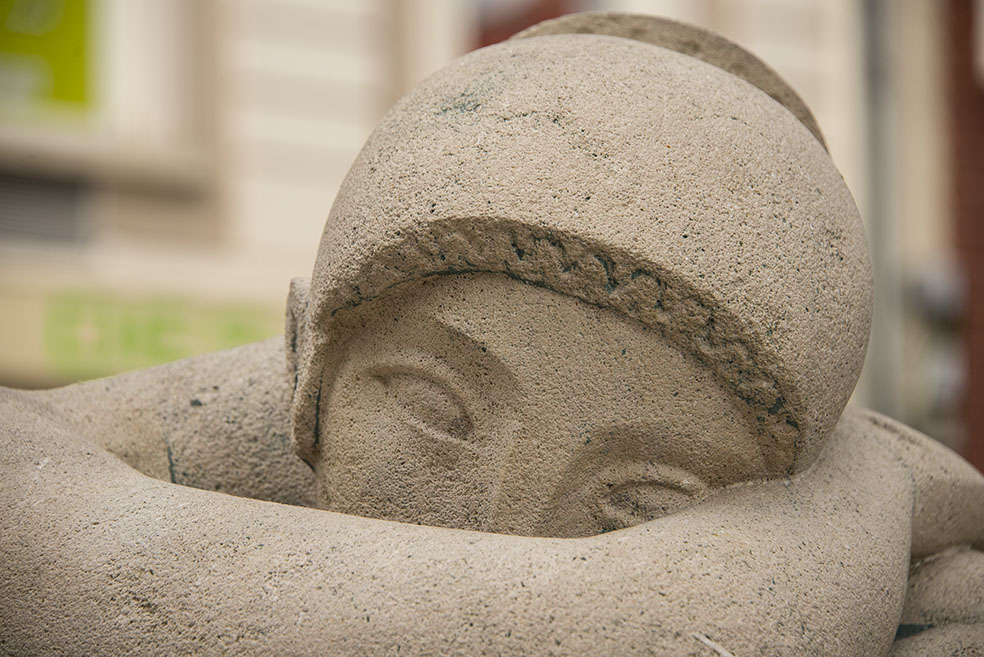 Le Chant du Monde is both a poetic and symbolic vision of the world in which the artist defines Man’s place within the universe.

The medieval centre was redeveloped and expanded from 1791. The Place du Ralliement, the lively hub of all activity, was built in place of three churches destroyed during the Revolution and, later, ring boulevards planted with trees replaced the city walls.

The general architectural style owes much to Haussman, but leaves room for fine examples of Palladian, Art Nouveau or Art Deco buildings. 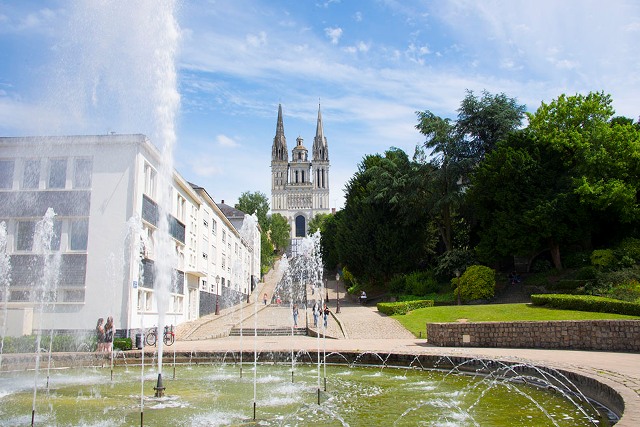 The 12th-century Cathédrale Saint-Maurice is a dominant landmark; but then there are cobbled streets, stunning half-timbered houses such as the superb wood carvings on the 16th-century merchant’s house the Maison d’Adam on the place Ste Croix, the Galerie David d’Angers on rue Toussaint, and the Hôtel Pincé, which today houses the Turpin-de-Crissé Museum.

Those in search of somewhere more peaceful may want to stop for a break in one of the many gardens in this city known for its flowers and green spaces, including the Jardin du Mail with its excellent lunchtime restaurant, and the Jardin des Plantes, the first botanical garden, dating from the early 18th century. 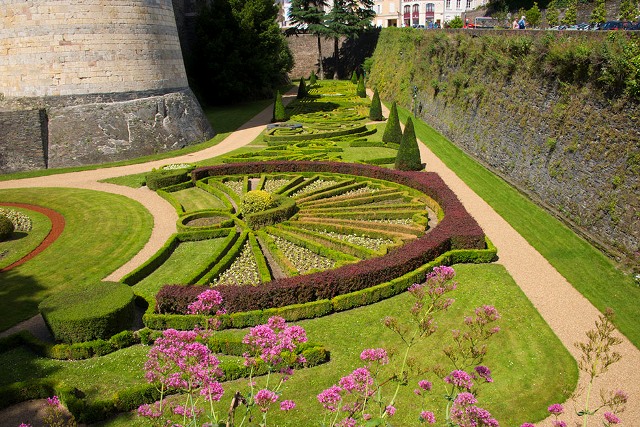 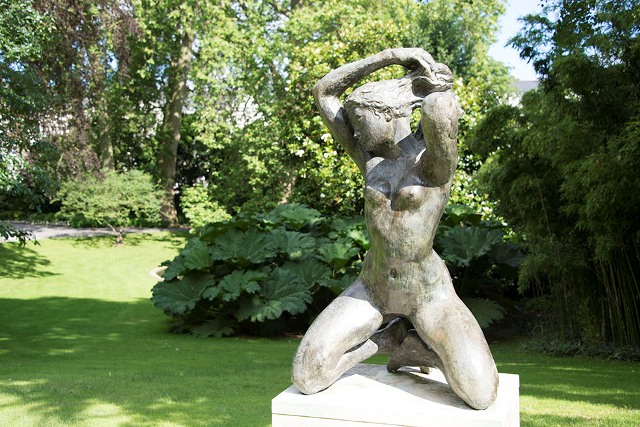 The oldest green areas date from the Renaissance, when the moats of the castle were turned into pleasure and kitchen gardens. Similar gardens were built by the aristocracy around their hôtels particuliers, while the city’s location both immediately adjoining the Val de Loire World Heritage Site and on the country’s largest river confluence serve only to underscore the city’s huge natural potential, today most evident in the natural meadows of Ile Saint Aubin just to the north of the centre.

Given this fertility, it should come as no surprise that the region around Angers – Anjou – is France’s third largest wine region, with over 30 Appellations d’Origine Contrôlée in the Anjou and Saumur vineyards. 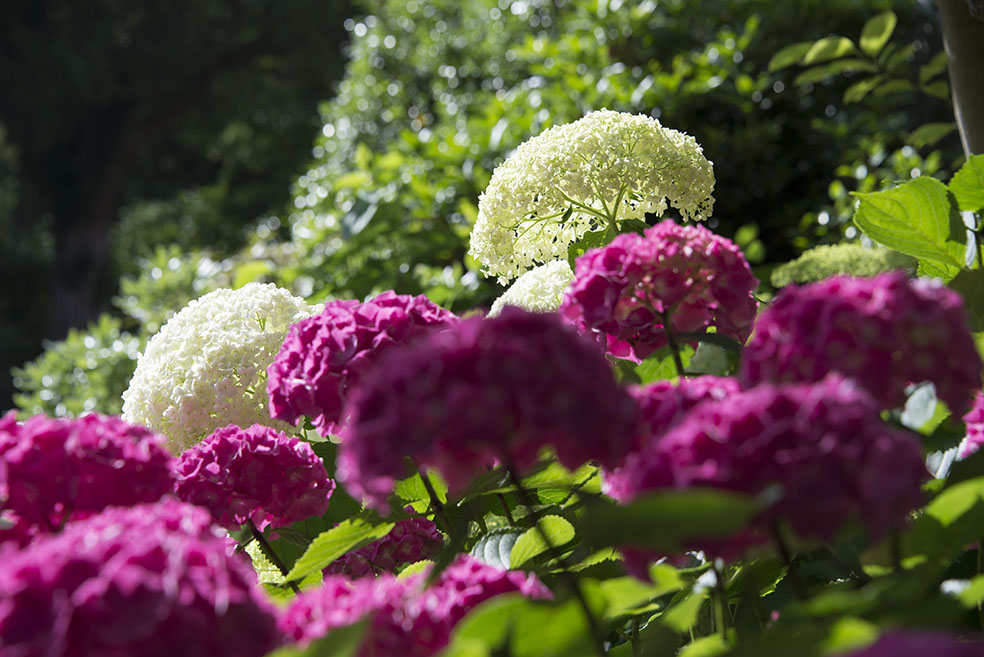 For the visiting wine tourist, there are no fewer than 68 vineyards that sell directly to the public, and quite a few of them provide accommodation under the ‘Vignobles et Découvertes’ label, the national wine tourism label in France, that makes it easier to find accommodation in vineyard regions, as well as restaurants that offer set menus suggesting wine pairings, or menus featuring local produce and even wine producers offering tours.

And while the region is renowned for its wines, Anjou also offers a heady selection of liqueurs such as the familiar Cointreau, and the less familiar Menthe-Pastille and Guignolet.

And it would be unthinkable to leave Angers without sampling the Quernons d’Ardoise, but while the name suggests that you might be munching on pieces of slate, the reality is a rectangle of caramelised nougatine with almonds and hazelnuts coated in slate-coloured white chocolate…entirely calorie free, of course!

As a base for a stay in the region, Angers cannot be bettered, and getting out into the surrounding countryside is easy, whether it is along the nature trails on the Ile Saint Aubin, or cycling along the Maine to Bouchemaine.

Terra Botanica, just outside Angers boasts more than 40 rides and attractions that combine fun and education and are perfect for families. 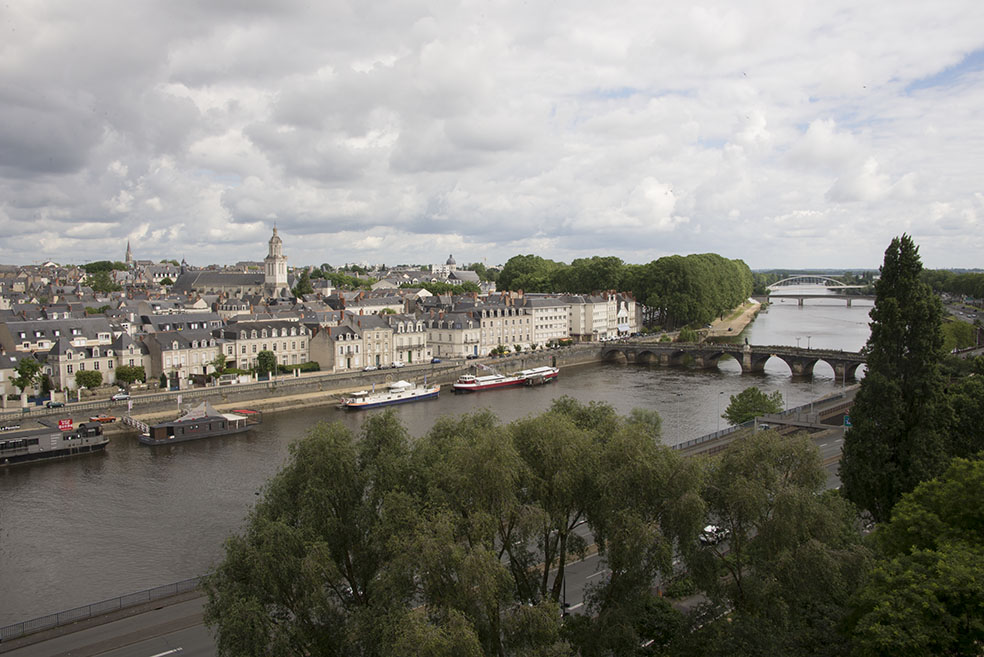 For a less frenetic pace look along the area’s three rivers where, in summer, shuttles (navettes) in the form of traditional wooden boats provide a ferry service from Angers along the Sarthe, the Mayenne, the Maine and the Loire.

The Loire valley, of course, is a joy, and the vibrant city of Angers a destination that makes exploration of the Loire all the more accessible and enjoyable.

But whether you’re exploring Angers to see the Loire, or for its intrinsic culture, history and architecture, on either count you will not be disappointed.

Tell me more about exploring Angers

Brittany Ferries operate between Portsmouth and Caen (Ouistreham) from where it is a three-hour drive to Angers.

Somewhere to stay while exploring Angers