Only a short time after returning to Angers following a year’s sabbatical, which cost him the Michelin star he rightly deserved at the original Restaurant Favre d’Anne, the eponymous Pascal Favre d’Anne had regained his distinction. If you think about it, that tells you a great deal.

The new restaurant is bright, compact without being overly intimate, and, as with many restaurants these days, has an open plan kitchen wherein the team can be scrutinised as they prepare dishes. It’s an unusual, all-in-one-room place; certainly not how you might visualise such an inspirational restaurant. 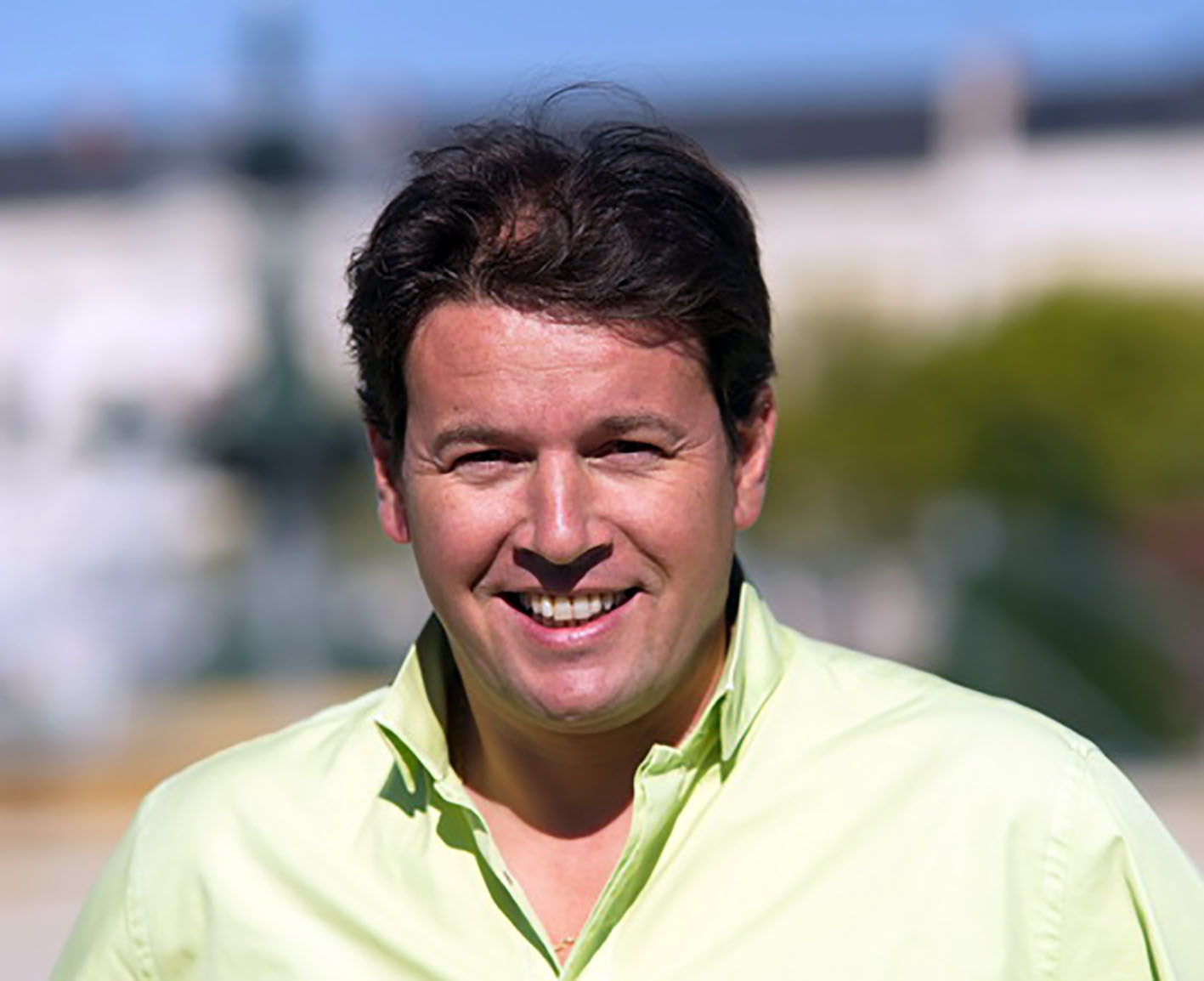 The new Restaurant Favre d’Anne is much more informal – almost as if you are entering someone’s homely dining room at the side of which someone has rigged up a kitchen – described by the owners as a warm and contemporary ‘loft’, albeit on the first floor of what is a fine 19th-century mansion, and certainly not where you would expect a conventional loft to be.

Unique table settings were designed by the chef and developed by Maison Montgolfier in Durtal just a short distance to the north-east of Angers. The oak furnishings were crafted by Maison Drugeot in Segré, also close by in the Maine-et-Loire department. 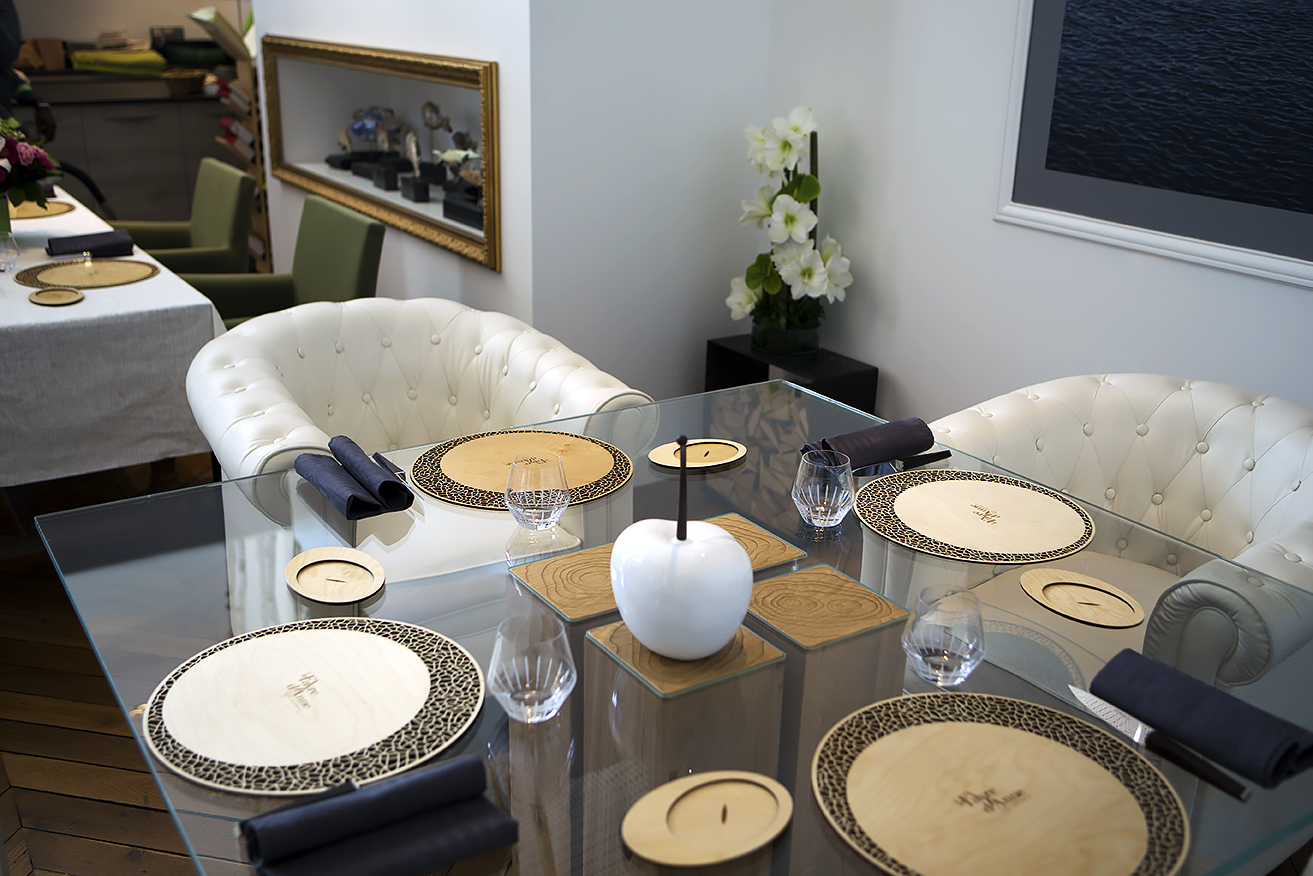 Within seconds of sitting down, and long before we were allowed anywhere near the menus, a form of lemon mousse appeared, a blatant attempt to excite your palate and aimed at ensuring you were primed for what was to come. Then, and only then, were we permitted to consult the menu and the wine list, a weighty tome in itself.

I didn’t check the whole of the wine list, I would have been there all night, but there were a few big euro numbers in there, so it was just as well that Mathilde, ‘la gardienne de flacons’, was on hand to guide us through the complexities of so many delicious wines. 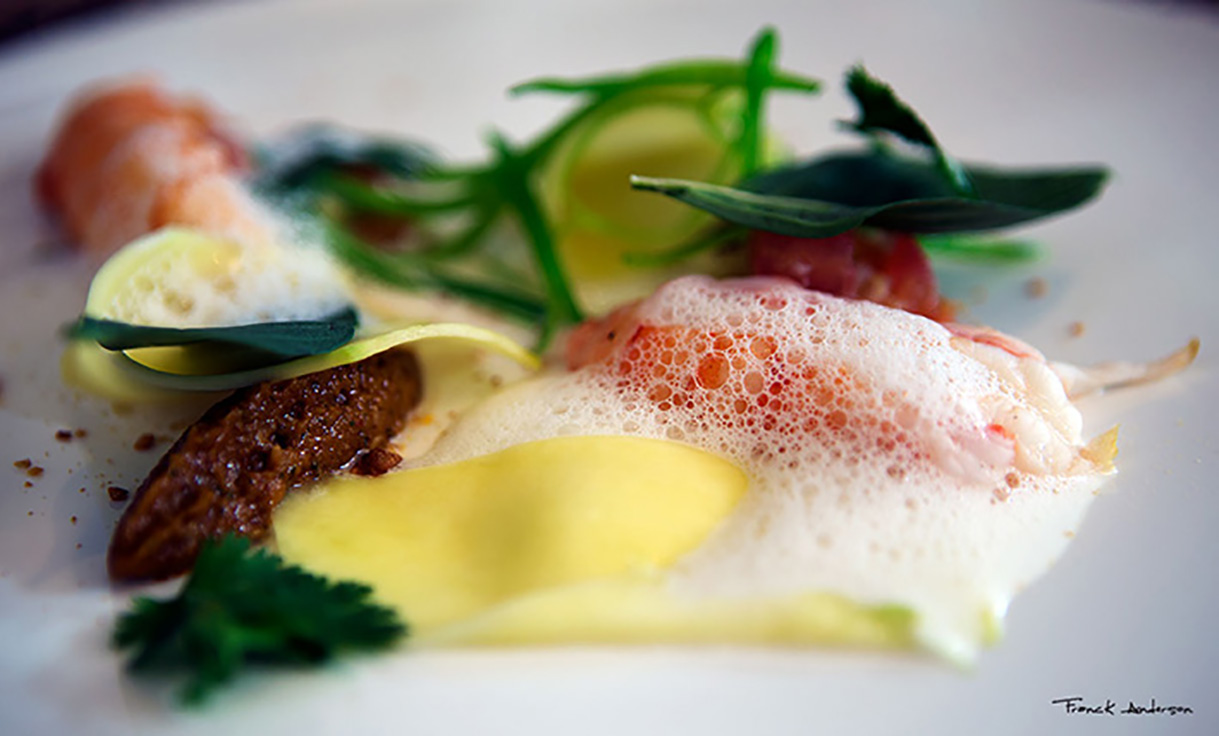 Annoyingly, but only from my personal perspective, two of my favoured dishes – Carpaccio de Canard fumé and ‘Dim sum’ de Canard laqué…influenced by the dishes of Peking, and La Queue de Homard en fine ravioli – were on the more extensive of the two menus. It wasn’t a question of cost, it never should be in a Michelin restaurant, but of what our stomachs could accommodate.

But, in settling for the lesser of two delightful evils, we tucked into Foie gras pané au Basilic Thaï, réduction de bouillon de Poule, which aroused memories of Taïwan.

This was chased along by Lotte fumée, jus de carcasse de Crevettes au Gingembre et Citronnelle, a combination that came from the markets of Bangkok; Thon mi-cuit, Carotte et Tandoori, and Filet de Bœuf-Yakitori and mackerel, which invoked the flavours of Kyoto, although I found that these two strong flavours didn’t sit well together. 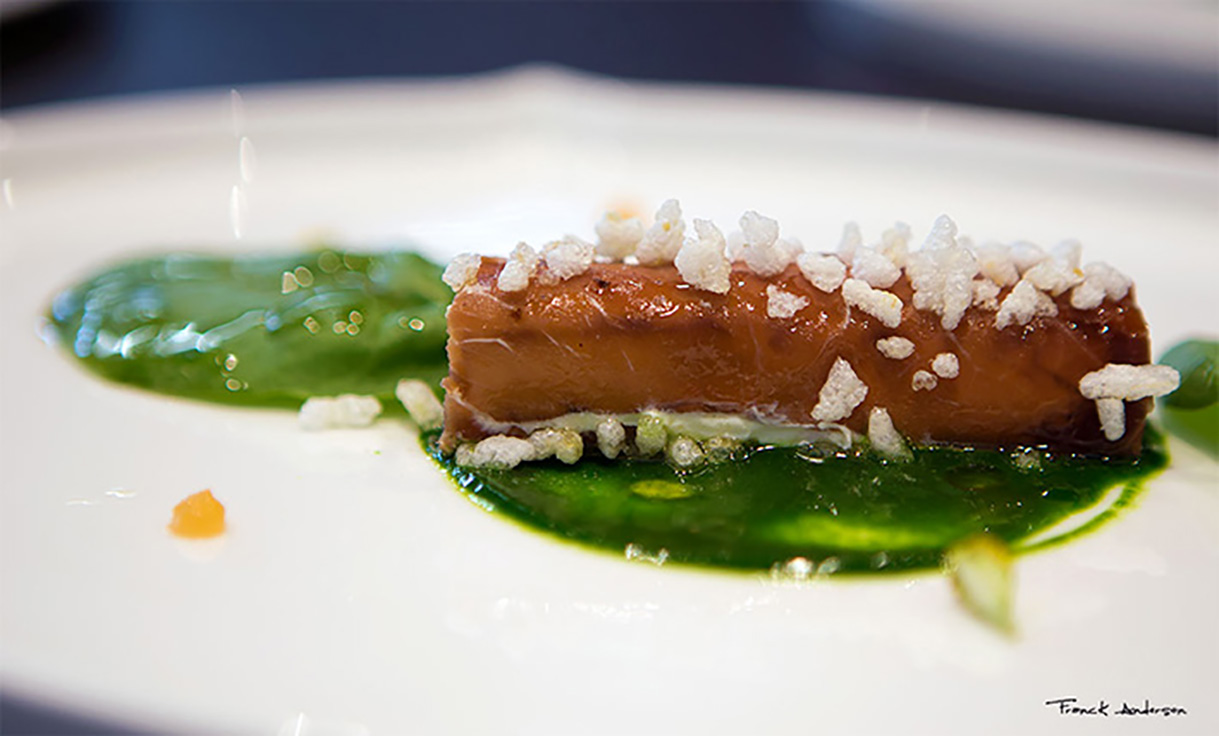 Before reaching the desserts, the chef’s links with Savoie appeared in a selection of that department’s cheeses, which for me was a happy reunion. But I especially liked the concluding act of douceurs Angevines, and what I can only translate as a ‘crash-landing’ of sugar – atterrisage sucré. You know, I almost don’t want to know what it really means! – but it was something that before eating you must do your utmost to banish the word calories from your thoughts. 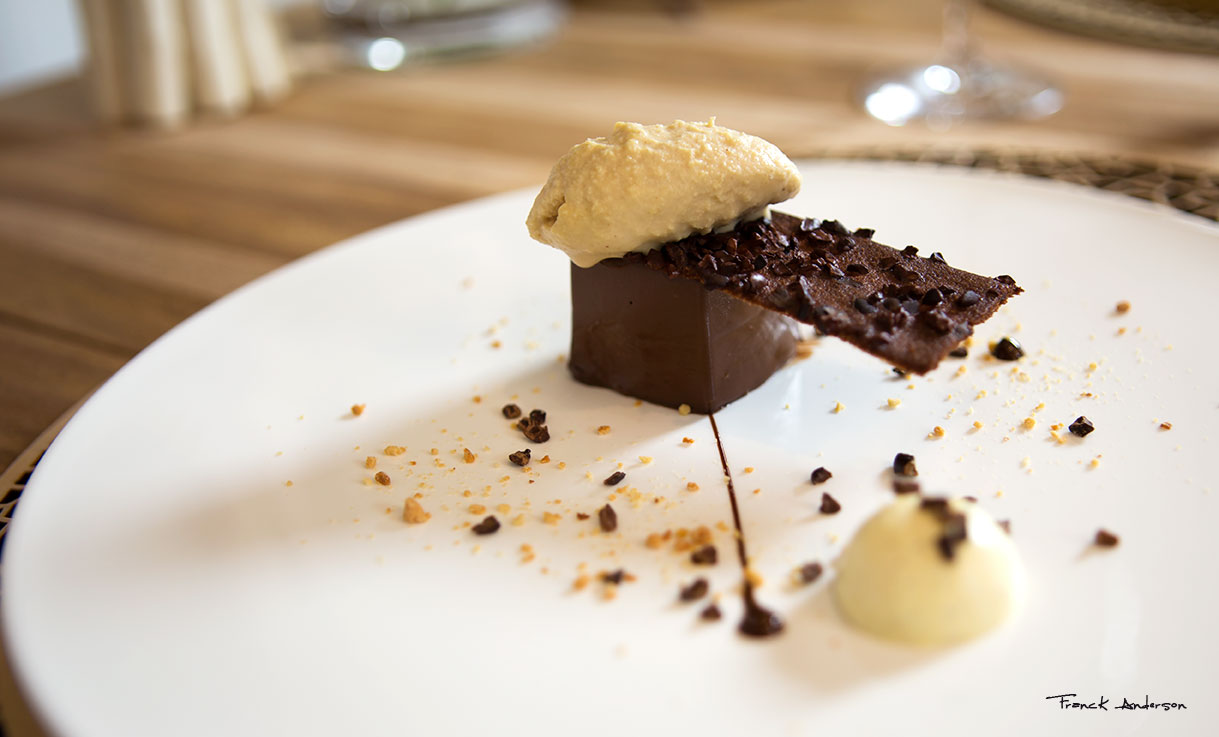 In essence Restaurant Favre d’Anne brings together everything you need for an enjoyable meal: splendid, warm and welcoming ambience, appealing décor and, of course, the very best of cooking and service. As a fine-dining destination, you won’t find anything better in this splendid and historic city.

Finesse, passion and skill go hand-in-hand…and you leave very happy. At Favre d’Anne, they feed you well, they feed you passionately, and then they send you on your way, gently pushing your stomachs before you.