The Loire Valley. Wine and castles

It is difficult not to like the beautiful Loire valley in central France. The river is the longest in the nation, spanning 170 miles and winding through spectacular countryside, beautiful villages and historic towns, these include Amboise, Angers, Blois, Orléans, and Tours. In 2000, UNESCO added the Loire Valley to its list of World Heritage Sites. There are more than 3000 châteaux, ranging from those built from the 10 to the 15th centuries and the wine encompasses the areas of Muscadet, Sancerre and Pouilly-Fumé.
It is easy to access the region from the UK – and now there is an added reason to visit, with celebrations everywhere to mark 500 years since the ascension of Francis 1 to the throne. He is to the French what his contemporary, Henry V111, is to the English. At 2 metres high, Francis was an imposing figure, who loved hunting, culture – including building elaborate chateaux – and of course women. His best military endeavour, as part of the Italian wars, was in the very same year of his ascension, when the French forces won the battle of Marignano on 13-15th September 1515. Of course this is referred to frequently in all the festivities.
Francis’ reign saw important cultural changes with the rise of absolute monarchy in France, and the beginning of French exploration of the New World. The king also established French as the official language of the Kingdom. Four years after his victory, Francis built the imposing Château de Chambord as part of a plan to bring his royal court to the Loire; and the Renaissance over from Italy. He managed to persuade the by now, elderly, Leonardo de Vinci to come too, along with his most famous painting, the Mona Lisa. 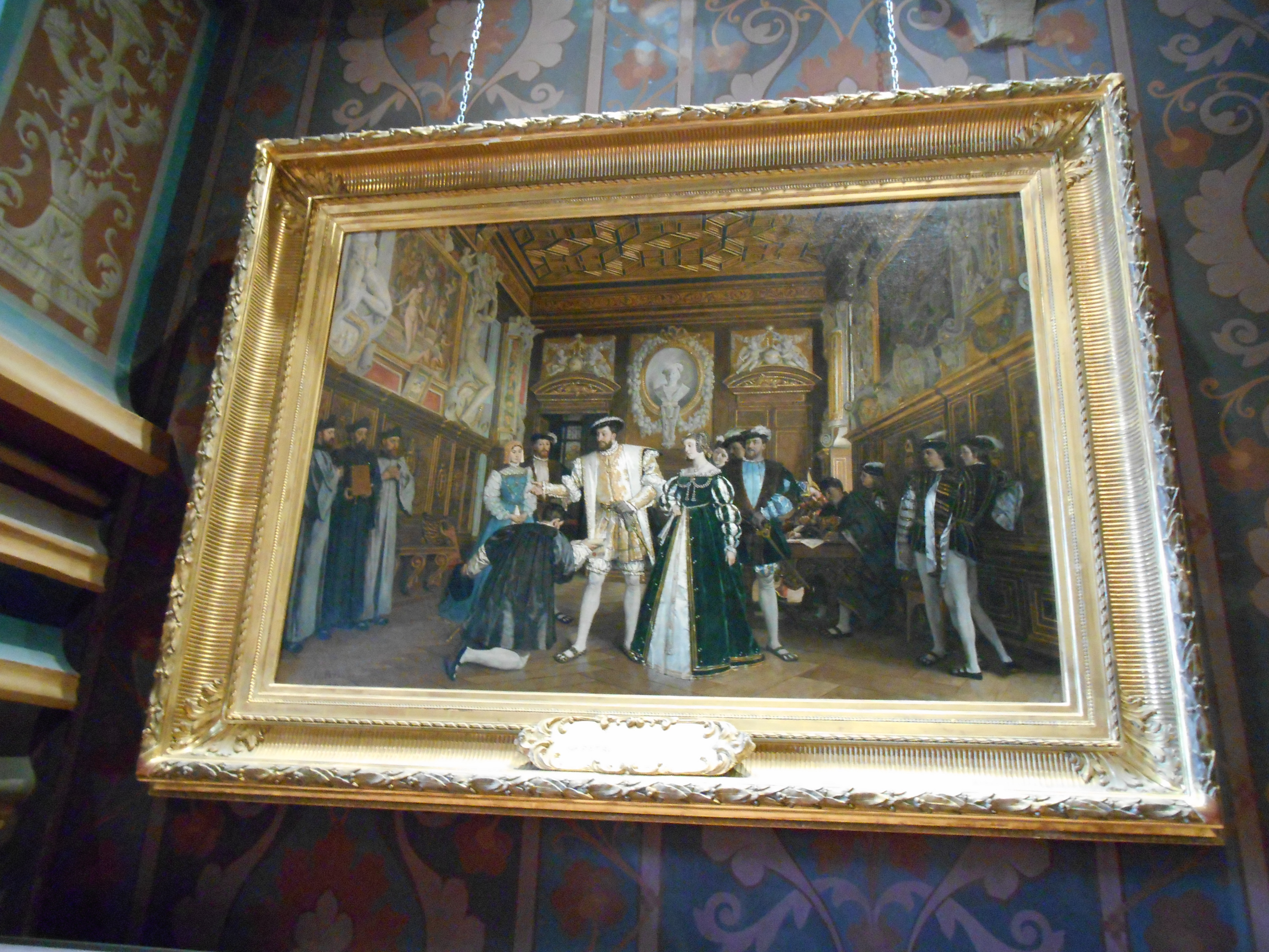 Chambord is often the first chateau the visitor will come across and it is certainly the biggest, with a roofline that is so extraordinary that I didn’t know whether to gasp or laugh at its overblown architecture. Apparently Francis wanted it to look like the skyline of Constantinople. Mainly used as a hunting lodge, it nevertheless was built with 440 rooms, 282 fireplaces, and 84 staircases. Two of them are really famous with their unusual double helix design which makes it possible for 2 people to go up the stairs without seeing each other until reaching the top.
To honour the anniversary, visitors will be equipped with a personal tablet which will reproduce the spaces, furniture and décor of the period, by means of film and reconstruction.
The Château du Clos Lucé is a small residence in the city of Amboise that was provided by Francis 1 to be the official home of Leonardo da Vinci. “Here you’ll be free to dream, to think and to work” and it was used from 1516 until the artist’s death, aged 67, in 1519. He is buried in the “Chapel of Saint-Hubert” in the grounds of the Royal Château d’Ambois, which is just 500 metres away The two homes are connected by an underground passageway so the king and his Italian guest could easily see and talk to each other. Today Chateau Clos Lucé is also a museum that includes forty working models of the many remarkable machines designed by Leonardo. 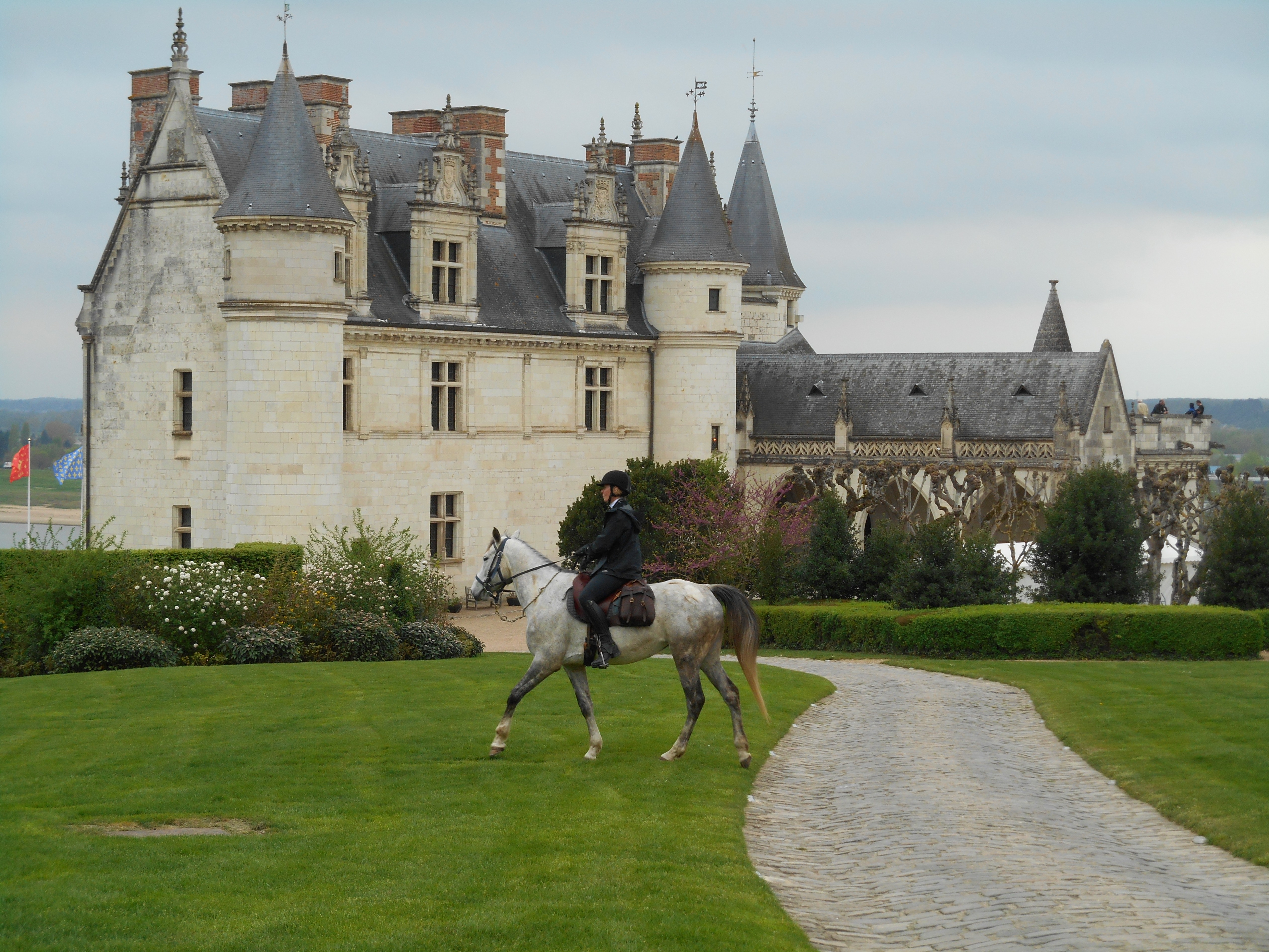 As part of this year’s festivities the grounds will host a re-enactment of the battle of Marignano as it was performed at the 1518 marriage of Madeline de Tour d’Auvergne and Lorenzo di Medici. The original show was directed by Leonardo de Vinci and involved several thousand soldiers. It was not just an opportunity to celebrate the victory but also a way of glorifying Francis 1 On 26 and 27th July 2015 there will be a reconstruction of this event, based on original historical research, led by Professor Pascal Brioist of Tour University, an expert on Leonardo. Four hundred extras and actors will participate from all over Europe, and France’s famous Renaissance king will be celebrated once more!

I want to find out more about The Loire Valley

Lucy travelled to the Loire Valley by Eurostar to Paris

For specific information on the Loire Valley region go to
www.visaloire.com