It’s fortunate the Duke of Wellington was a very busy man. With over 50 conflicts to his name, identifying each of the 31 rooms at the Wellington Arms after one of his battles was less of a challenge than it might have been had he been less successful.

Considering this impressive 18th-century property is built on the 7,000-acre Wellington estate at Stratfield Turgis, it’s all very appropriate.

After a year-long extensive refurbishment, The Wellington Arms has a new lease of life as the flagship of award-winning Red Mist Leisure, which owns and operates ten inns across Hampshire and Surrey.  The Red Lion at Odiham and The Stag on the River at Lower Eashing join with the Wellington Arms in offering rooms as well.

Talking of rooms, ours was welcomingly large and airy with soft grey and green pastel tones and an epic view of the surrounding Estate forest. As with all Red Mist rooms, a Nespresso machine comes as standard as do handmade local chocolates. The king bed was royally adorned with quality crisp linen and duck-down pillows while the generous bathroom ticked all the right boxes for me; Espa toiletries and thick fluffy towels, rain forest shower and separate bathtub. 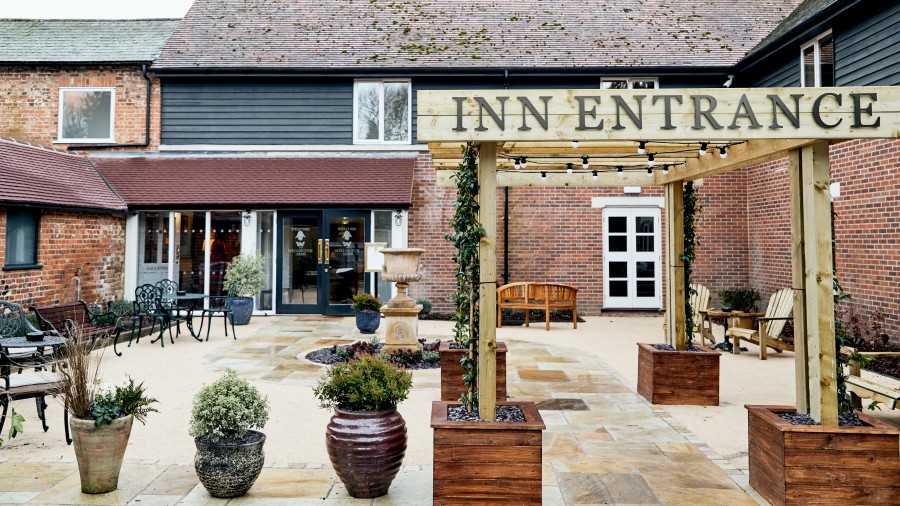 Luckily for us, Wellington’s house at Stratfield Saye was open for a visit so we decided to pay our respects. The current Duke still lives there which is why the house is only open for guided tours at Easter and during August. It was just a 5-minute ride to the house and it didn’t disappoint. Stuffed full of the Iron Duke’s campaign paraphernalia and priceless antiquities, furniture and art he collected during his travels. There was also a small exhibition of his battle history in an outhouse that also held his gigantic funeral carriage.

Back at the Wellington Arms, the garden terrace was filling up nicely with pre-dinner locals. We joined them with a couple of glasses of a decadently robust rioja and gazed across the adjacent wheat field watching the sun go down.

I’m not ashamed to admit I almost had a moment. 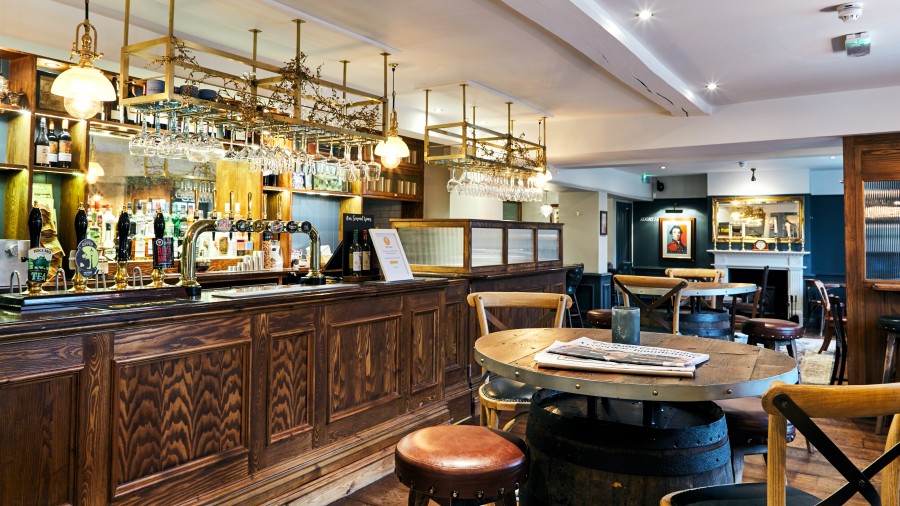 We pondered the dinner menu while munching on honey mustard chipolatas (£4.95) and argued over the starters – crispy fried pork belly bites with yellow chilli and ginger glaze (£8.50) or a Prawn and crayfish cocktail with granary bread and Secretts’ baby leaves (£8.25). In the end, we had one of each and then tried to justify each other’s choice as to who was right. They were both very tasty and fully deserved starter status.

A whole baked lemon sole was next (£21.50) with roasted new potatoes, buttered green beans, tomato and tarragon salsa. The Red Mist mantra is fresh, local and seasonal and there’s no doubting that party line from the evidence on our plates. 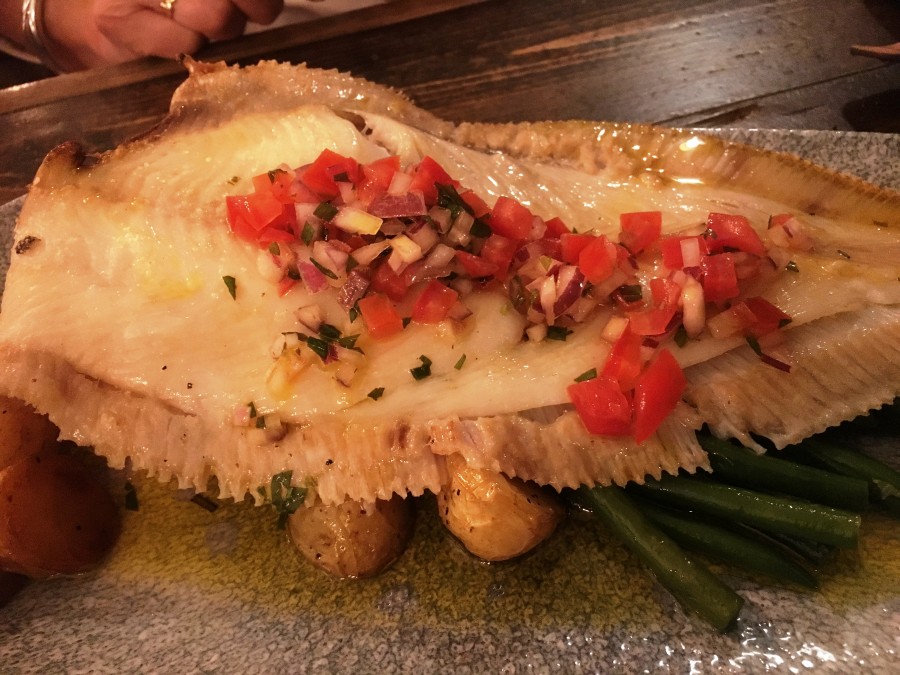 As a final flourish, we had to share a blackberry and apple crumble with vanilla custard (£6.50). I mean, who in their right mind could resist such temptation. Of course, the extra jug of custard that materialised was the tipping point into food heaven.

The next morning after a hearty and healthy breakfast we visited nearby West Green House Gardens near Hartley Wintney, where legendary garden genius Marylyn Abbott has created a truly remarkable landscape within the grounds of an 18th century Grade II house. We also had time to see the horse trials taking place at the Wellington Country Fair before heading for home.

The Wellington Arms sits proudly within the Wellington Estate, an enviable position for any aspiring inn, let alone one with the Red Mist pedigree behind it.

Tell me more about The Wellington Arms, Hampshire

Where To Visit Close To Stratfield Turgis

Stratfield Saye HouseThe heart of the Wellington Estate, this private family home to the Duke of Wellington is rarely open to the public, albeit a few weeks of the year when the family go on holiday. The house and gardens offer an intriguing and informative insight into the life and history of the Great Duke of Wellington.  View the fascinating collection of paintings and furniture and see the wonderful Wellington Exhibition featuring his magnificent funeral carriage and charting his military and political life.

Moutan Flowers & Hampshire Flower School, Odiham High Street (opposite the pub) Moutan is a local, boutique floristry with retail outlets in Odiham, Hartley Wintney and within Newlyn’s Farm Shop. They have a Flower School where you can sign up to flower and craft workshops (and they also offer special B&B rates at The Red Lion for those travelling from afar).https://www.moutan.co.uk/workshops/

Gorilla Gin Distillery, The Workshop, Manor Farm Yard, Upton Grey Road, Upton Grey, RG25 2RQ. Gorilla Gin is a local distillery of award-winning spirits, which encompasses gin and vodka. Gin tasting sessions can be booked. All spirits are made in small batches and £1 from every bottle sold goes to The Gorilla Organisation to help save the endangered gorilla population.

West Green House Gardens, Thackham’s Lane, near Hartley Wintney, Hook, Hampshire RG27 8JB West Green House is an 18th-century country house and garden at West Green in Hartley Wintney. The house is listed Grade II and is known for its gardens alongside its summer season of opera. the various calendar of special events and opera shows they put on in the gardens, is quite unique and popular within the opera circuit.  Marylyn Abbott bought the lease from the National Trust in 1993 and is acknowledged as one of the world’s greatest garden creators – BBC2’s Gardeners’ World made an exclusive programme about her work in 2001.