Here’s an original litmus test when next choosing a restaurant to eat at.  Make a list of ten cooking ingredients you find induce actual physical nausea, then look at said restaurant’s menu, particularly if it’s of the oh-so popular, chef-driven limited choice variety, and see how many times they crop up.  A score of anywhere from five to ten and it’s probably not going to float your culinary boat.

A wonderful idea, except, dammit, it doesn’t work.

Had I had the chance to peruse the menu at Rotterdam’s indoors-outdoors rooftop Op Het Dak (On the Roof), I would probably have super-demurred.  Many of my personal dining bete noires popped up at every course – a rhubarb cocktail, roasted vegetables (is there any lazier side dish?), pickles, mackerel, grains, unrecognisable things from fields and edible flowers.

And yet, in the inspired hands of second-generation chef Valerie Kuster, each and every one of these proved to be a thing of bountiful joy.  Plus, given the restaurant’s claim to sit alongside “Europe’s largest rooftop farm,” you can sit in the very white, airy dining room with its open kitchen or slap bang next to the lush source of many of the goodies you’re consuming. 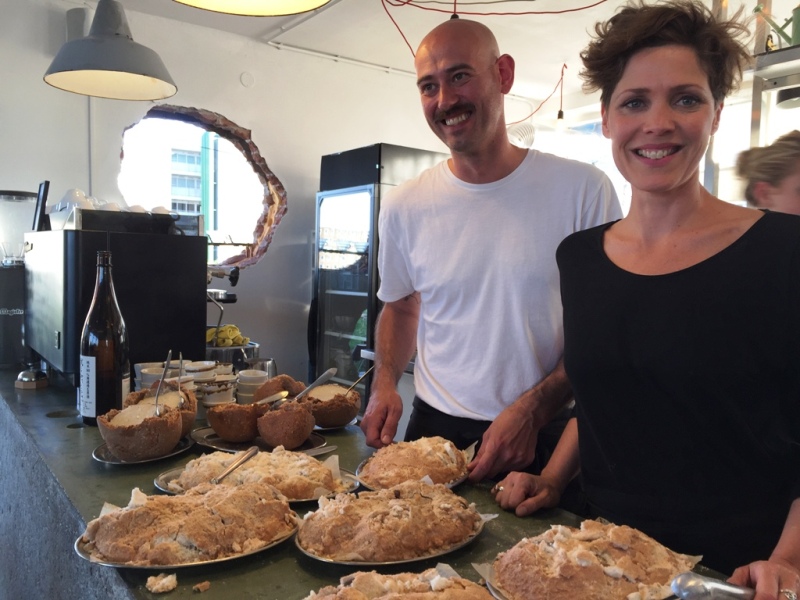 Valerie spent five years in London, soaking up more culinary influences than she’d ever witnessed in her Netherlands home, before scouring Columbia, Peru, Argentina and Brazil for more ideas

That cocktail actually consisted of rhubarb and cherry shrub swirled into prosecco and was, on a particularly hot day, infinitely more moreish than you’d ever imagine.

Those vegetables were mostly potatoes roasted in a salt crust, some with white flesh, some with golden yellow.  In many instances, this technique draws comments such as:  “It’s no different to a baked potato.”  Here, enough of the sea salt had permeated the vegetable just thoroughly enough to bring a satisfying tang to the creamy flesh, the whole being given a cattle-prod jolt of miso-infused yoghurt. 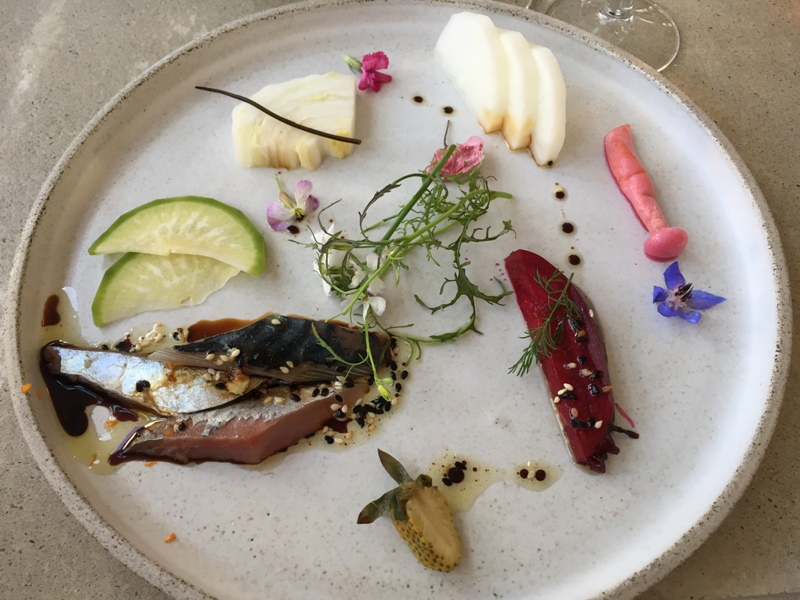 I’m afraid I OD’d on mackerel years ago following an overly-enthusiastic trip to Cornwall, so find its preponderance on modern British menus somewhat unnerving.  Here that worry is ramped up by its pairing with pickles, although some solace is promised courtesy of a sake dressing.

But what a glorious dish this is.  The fish is cured in salt and vinegar and, while retaining its essential oily silkiness, loses much of that overt fish-iness which some find a real barrier to enjoyment.  The pickles featured a simple array of very pretty vegetables, lightly cured to varying degrees and really made to sing courtesy of that spritzing of sake.

Next came one the finest pieces of grilled pig I’ve ever tasted, thanks to the cut named procureur – basically, what your pork looks like before it’s pulled.  Meltingly unctuous with a properly porcine heft, it sat alongside a rather dainty broad bean (podded, thankfully) and pea “cassoulet,” as well as some surprisingly pleasant, nutty grains.  For those who’ve never had the good fortune to taste a salad made from leaves grown a few feet away from your table and plucked only a few minutes before serving, this will change your view forever. 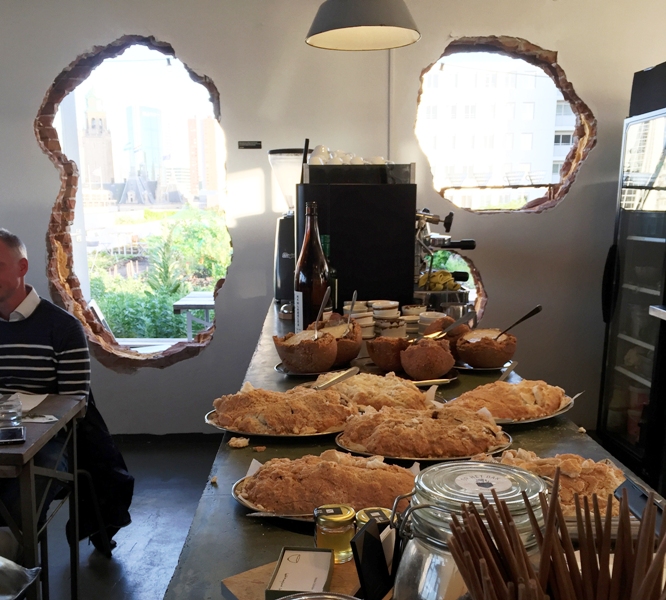 Rhubarb book-ended our meal, surfacing in a beautifully delicate translucent and decently wobbly jelly dessert, dressed with those edible flowers (still can’t see the point) and some zingy lemon and thyme oil.

This lunch-only, no-reservations place is no wallet-buster, either.  The most expensive item is bavette, clocking in at 12.50 euros, so a 50 euro lunch for two is eminently do-able.  The menu changes every Wednesday, the restaurant is open Wednesday to Sunday from 9:00a.m. to “5 or 6:00p.m.” with live jazz on the terrace every Sunday morning and yoga sessions every Monday evening.  There are ten outside tables, with 15 inside.