Narrowboating along the Llangollen Canal

Ready for a relaxing and self-isolated staycation? How about a holiday in a luxurious narrowboat along the tree-lined canal linking England and Wales? James Ruddy takes the watery high road.

They call it ‘The Stream in the Sky’ and it certainly felt like that, as our narrowboat chugged at a funeral pace across the 336-yard aqueduct, perched precariously, 126 feet above green fields that were dotted with sheep looking like tiny cotton wool balls and bisected by the blue waters of the roaring River Dee.

When the great Victorian engineer Thomas Telford drew up the original plans 225 years ago, there was meant to be a set of railings on either side to provide a feeling that your boat was in no danger of plunging to the valley below. 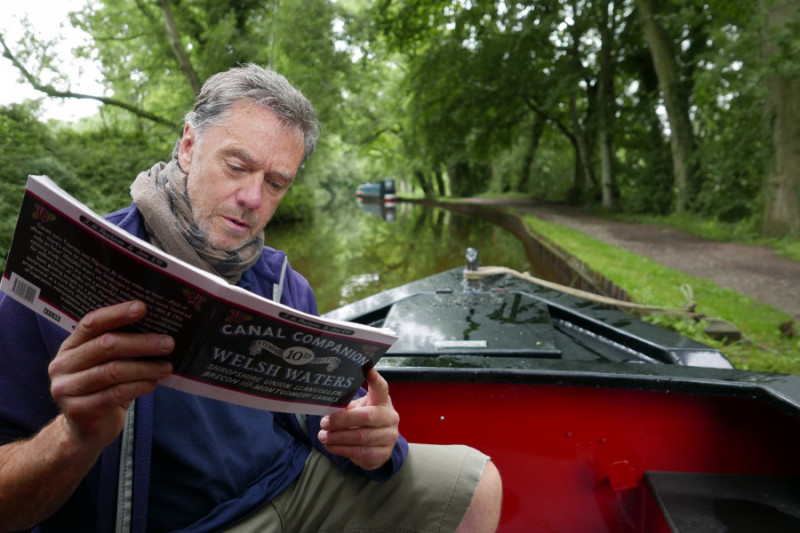 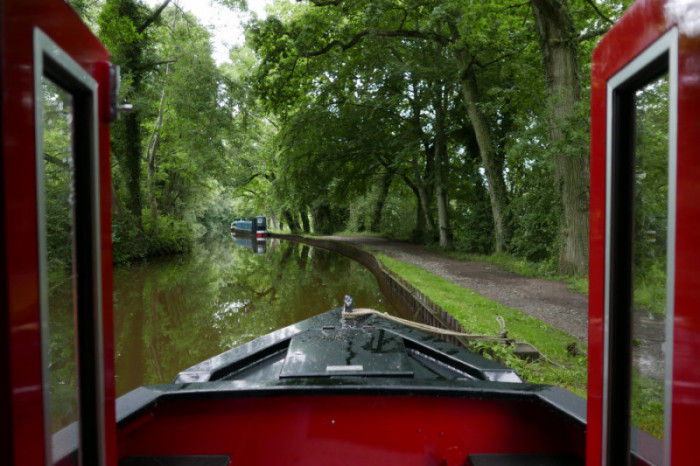 But, for some unknown reason, one side was left completely bare, giving you the impression you are floating along the edge of a sheer drop, with just a thin cast iron barrier, a foot above the waterline, separating you from safety and doom.

As we came round the canal bend and caught our first sight of this daunting structure, the highest canal aqueduct in the world, my partner and photographer Sue Mountjoy asked jokingly: “If we go over the side, do you think we’ll bounce?”

My tortured face and negative headshake seemed the appropriate response. Before us soared Telford’s 18 stone arches, upon which he placed a narrow iron trough, open at both ends, to carry the green waters of the Llangollen Canal in a gravity-defying feat of engineering that took 10 years to build and opened just a month after Nelson died at the Battle of Trafalgar. 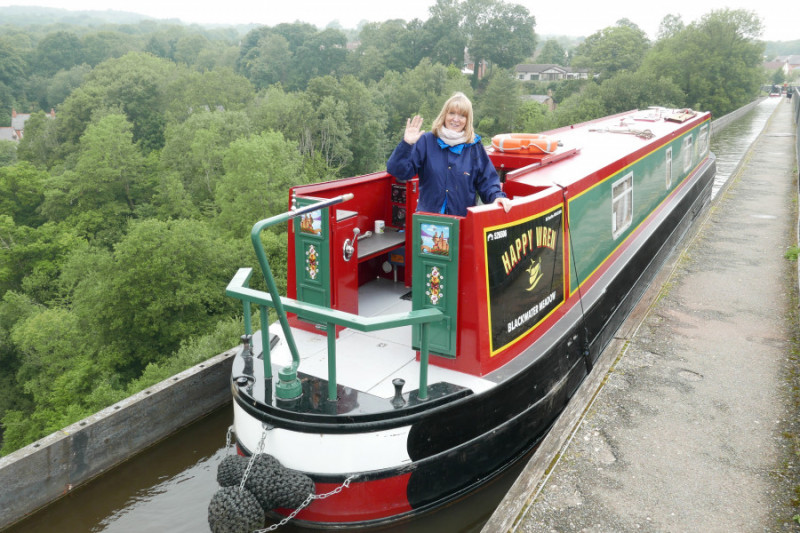 As Sue’s shaking hand nudged our bright red boat’s throttle gently forward and nursed the tiller, we began the crossing and had the distinct impression we had taken flight as we bumped, occasionally, against the wide-open port side of the trough and watched blackbirds and gulls circling far below.

Hearts thumping like bass drums, we finally reached the opposite side after what had been an enthralling experience on a four-day journey that had been packed with just what we wanted after three months of housebound lockdown: fun, tranquillity, natural beauty and the kind of secure break in which you can self-isolate as much or as little as you wish. 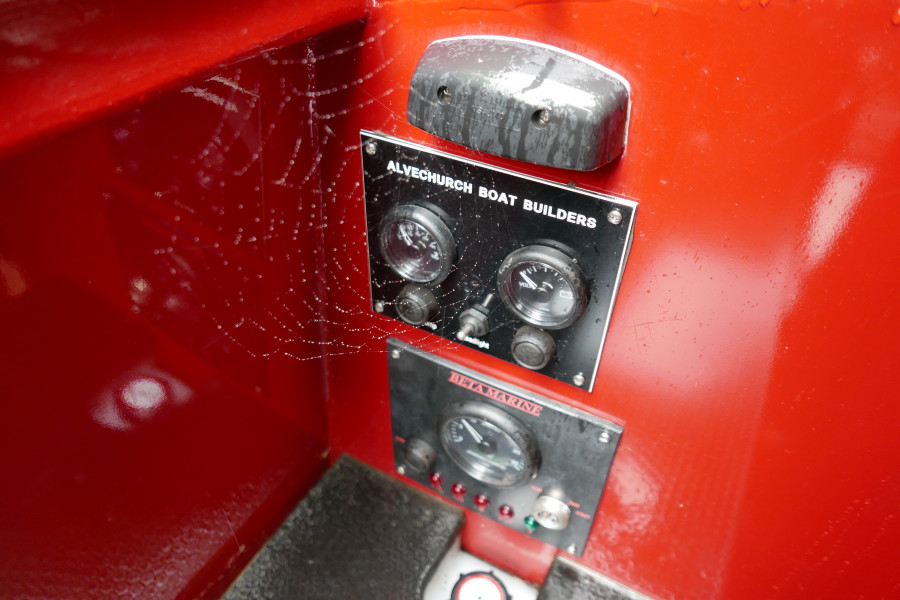 Our trip had started at enchanting Ellesmere, an unspoilt market town famed for its canal history and its huge Mere, a glacially-carved Green Flag lake which attracts 250,000 visitors every year and which we moored alongside on our final night afloat.

From the ‘Happy Wren’ handover at the Blackwater Meadow Marina by ABC’s friendly and knowledgeable Glenn (the company applies rigorous cleaning, social distancing and other COVID 19 safeguarding policies), we could have turned left toward Whitchurch and the gentle Shropshire countryside, but we opted for the opposite direction into the more rugged wilds of Wales and the aqueducts.

As Wales is now open to boaters, it was a great decision. Not just for the spectacular ‘Stream in the Sky’, but also for another fabulous Telford aqueduct, at Chirk, which marks one of the most dramatic border crossings in the world. 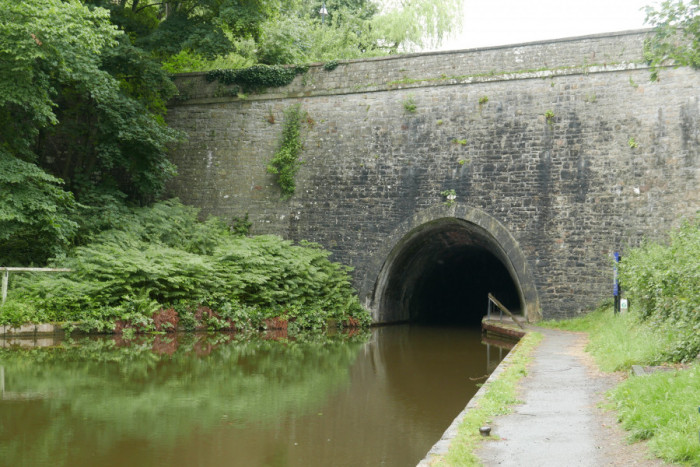 This 1801 creation – at a mere 70 feet and with just 10 arches to take you over the picturesque Ceiriog Valley – encases your boat in an iron trough of canal water, with a wide stone platform on both sides – a much more reassuring crossing than the ‘monster’  we encountered further downstream.

Before that, though, there was the excitement of passing through Telford’s 459-yard Chirk Tunnel, a dark and very narrow affair (not one for claustrophobics) which required the use of the boat headlight and a regular wiggle of the tiller to avoid a grinding collision with the sidewall or the cantilevered towpath. 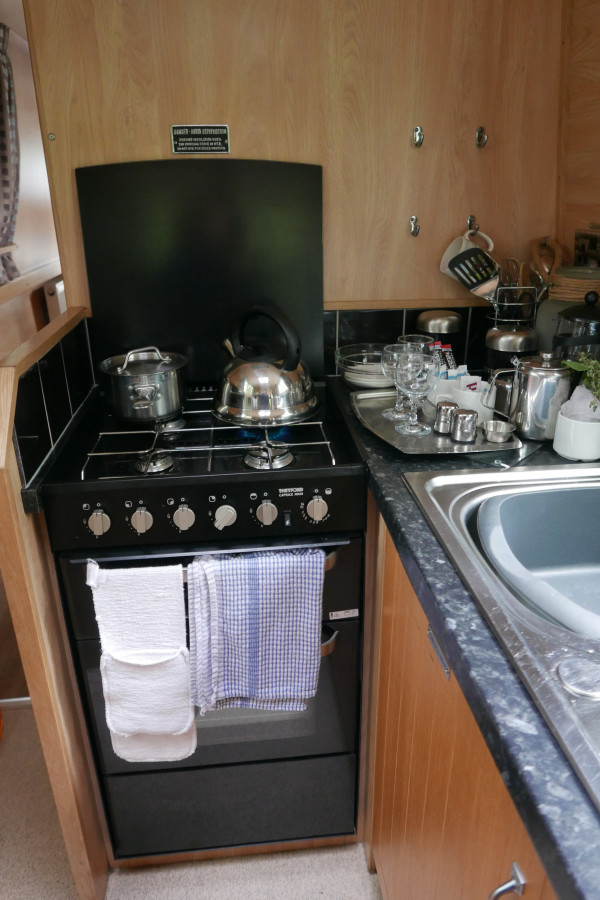 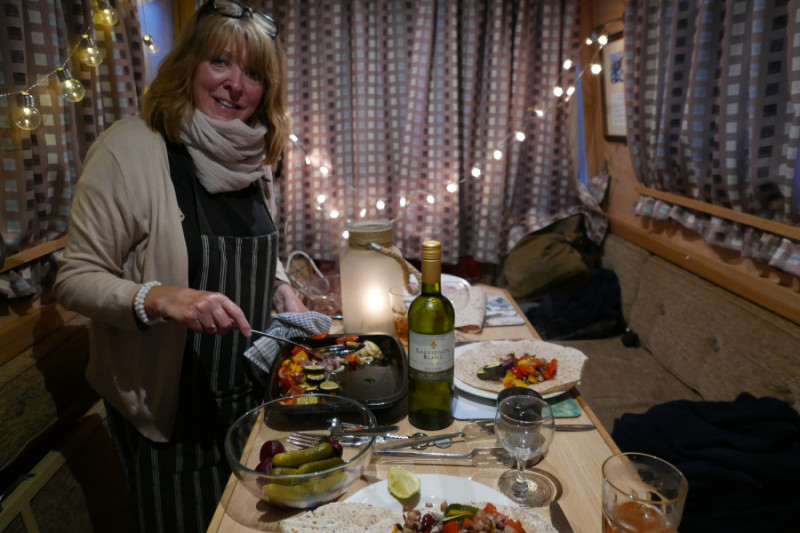 Apart from such thrills, though, the whole voyage was a relaxing and restorative reintroduction to the outside world after our months of ’house arrest’. Along the way, we savoured the ravenous mallards and angry swans, the soaring Welsh mountains to the west, the canal-side mills, factories and cottages, some ruined and others restored, but all from a glorious, gentler age. And, of course, there were a couple of memorable pub garden visits. 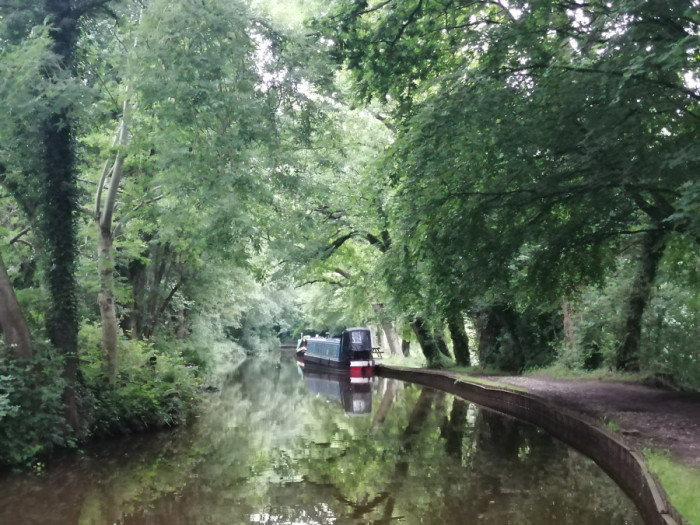 We also chatted regularly (at a distance, naturally) to the dog walkers, ramblers, romancers and fellow boaters who populate such heavenly places seeking, like us, a refuge from the speed and stresses of our so-called ‘advanced’ modern life. Bliss, sheer bliss. Try it and see for yourself.

Tell Me More About a Narrowboat Trip

ABC Boat Hire has 200 boats available for short breaks and longer holidays at 16 start locations across the UK. Wren Class prices for a week in August is from £1599 or October is from £1099

Britain’s 2,000 miles of canals and other waterways are administered by the Canal and River Trust.

Tips on a narrowboat holiday

Supplies: Buy your food and drink beforehand. Canal-side shops are infrequent, although some live-in boaters sell everything from local honey to great coffee.

Packing: Take just a few clothes. Teeshirts and shorts are the style, along with waterproofs (supplied) and woollies for squalls. Grippy footwear is another must, as are some gardening gloves for ropework. Guitars, board games, sketchpads (and, using the onboard wi-fi, electronics for the kids) can be helpful.

Routes: Some canals can be easier for navigating, with fewer locks and tight turns. The Llangollen is popular and can get busy, but has just two locks and a swing bridge. Perfect for beginners.

Patience: Travelling at less than 4 miles an hour takes some effort. But patience and courtesy are vital and you soon get into ‘the zone’. When passing moored boats at speed, you will often hear boaters shout: ‘Tickover.’ Slow your engine to a crawl and avoid cracking their crockery with your bow wave.

Knowledge: Hirers provide a solid training course before departure (plus DVDs and local advice). It helps to learn a couple of mooring knots online too. Sue and I always buy one of Michael Pearson’s Canal Companion guides. They cover most routes with maps, tips and some great narrative (£11.95 from hirers’ shops and at www.jmpearson.co.uk).

Gongoozlers – bystanders who you find on most bridges and towpaths enjoying the passing boats – and, in our case, savouring the chaos and confusion we were causing.

Navvy – the men (many from Ireland) who built the first ‘navigation’ canals from the 18th century. They went on to build the railways and the term came to refer to any 20th-century general labourer. A recent book on navvies quotes Sir Robert McAlpine’s reputed last wish: “If the men wish to honour my death, allow them two minutes’ silence; but keep the mixer going, and keep Paddy behind it.”

T-Bone – No, not a slap-up meal at a canal-side pub. Instead, the term describes an embarrassing collision in which your boat has struck another object head-on, creating a perfect and, possibly, cataclysmic ‘T’.

Winding hole – a widened section of canal where you can attempt a u-turn (with lots of revving and crazed tiller-swinging).

Weed box – a specially cut hole in the boat hull where you can stick your hands into the murky water and remove weeds, string, plastic (even a pair of knickers in our case) wound around your propeller.