That you can get a great glass of organic wine in Montpellier for three euros tells you something about the allure of this under-visited city.   That a mile or two and a millennium separate the historic centre and the futuristic new city rising on the riverbank tells you something else – it’s forever moving forward.

Add in several thousand students and brilliant civic planning which makes France’s seventh largest city walkable and you have an irresistible proposition – an under-visited city packed with charm and surprise in the heart of the south of France. 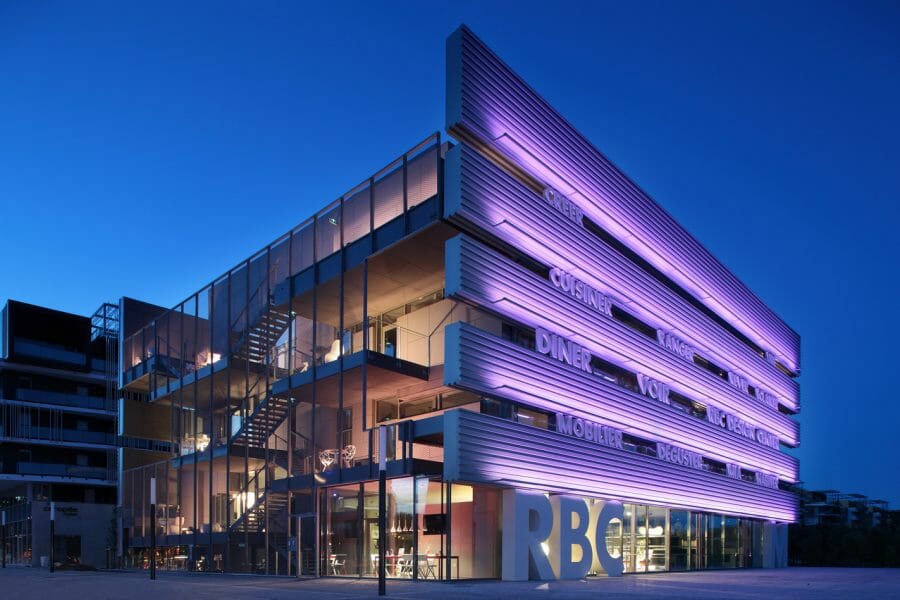 The first surprise is that Montpellier is not coastal, as maps suggest.
Yes, it positively yearns for the sea, just a few miles down the road – the city fathers had couturier Christian Lacroix decorate one of its tram lines with exuberant marine life in homage to this longing – and the name of my hotel, the Oceania Le Metropole, certain implies proximity to beaches falsely echoed by at least one booking website.   Yet this is a thoroughly urban metropolis lacking the laid-back feel of its Mediterranean neighbours, despite the profusion of students and outdoor restaurants. 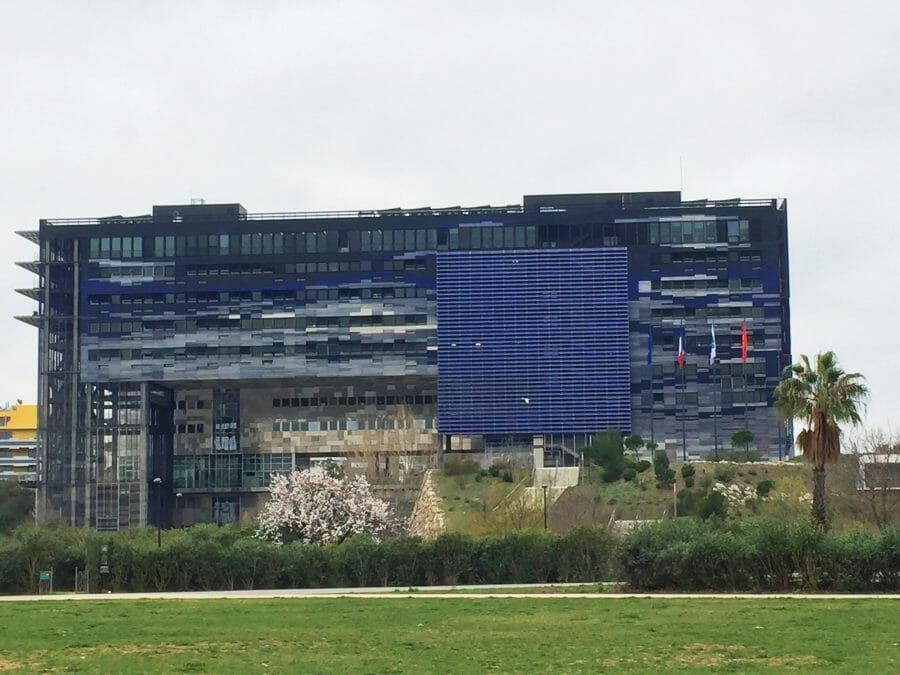 Millessime Bio, the world’s largest organic wine fair, brought me to this city at the heart of Languedoc-Roussillon, a region producing more organic wine than any other in France.  In fact, all the reds, whites and roses of Languedoc are seriously under-valued, meaning you can always get a great drop with a good meal for prices you couldn’t dream of in the neighbouring resorts of the Camargue, just 20 minutes down the road.  Wherever I ate, from the high-design RBC Kitchen, one of the city’s poshest restaurants, to the Panacee culture centre cafe, glasses aplenty were on offer for the aforementioned £2.60 equivalent.

If there’s one thing more worth visiting Montpellier for than a plethora of good local wine, it’s the architecture.  It would be worth coming just to see the fabulous blue, black and silver town hall by Jean Nouvel, the audacious “cloud” building by Philippe Starck on the far side of the River Lez and the audacious white tree of a new skyscraper apartment building by Japanese master Fujimoto due to complete in 2018.   But you could miss them all, as they are hidden from public view on the main tourist circuit through and around the old historic centre founded in the 10th century.

It’s a centre which certainly warrants a visit; highlights include one of the oldest mikvehs – Jewish ritual baths – in Europe, a castle which contains the oldest medical school on the continent and the Arc de Triomphe which tops
the hill for which Montpellier is named, commissioned by Louis XIV to celebrate a military conquest. 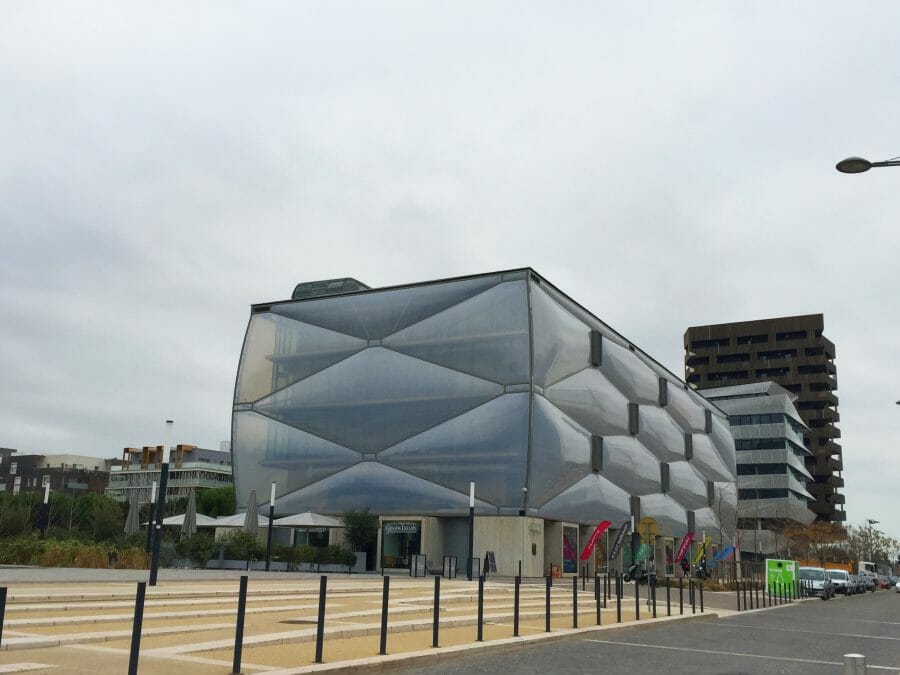 Apart from the casual Cafe Panacee, where a 7-euro plate of incredibly sweet grilled shrimp may be the best dish I ate in Montpellier, a great place to eat in the old city is Le Petit Jardin, comprising both a Michelin-rated restaurant with a lovely terrace and a more casual bistro whose cuisine is equally top-notch.

To get back to the future of Montpellier, think of the old city as the round head of a key and Antigone, a long urban corridor which links it with the new city, as the body.  While trams serve the place d’Antigone, you’ll need to walk through to the river from there to get the full effect of this strangely neoclassical neighbourhood punctuated with pillars and fountains intended as a rebuttal to the modern architecture which could only be kept out of the city for so long.  It looks strangely dated, almost sci-fi, but comes to life on market days, with restaurants punctuating the blocks of apartment buildings intended to house locals in every income bracket. 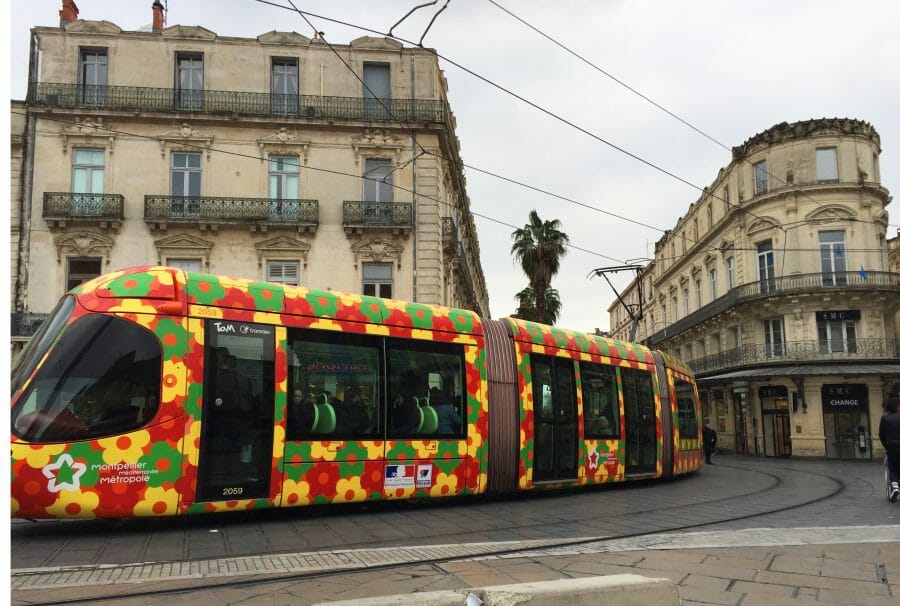 The frequent city trams, flamboyantly decorated in different designs to help identify the four lines, are the fastest way to access the new city and the best to avoid getting lost.  At the heart is the large pond teeming with bird life in front of the town hall and the River Lez just beyond.   On the far side of the river are the building clad in puffy cloud-like panels dreamed up by Philippe Starck, and Nouvel’s other creation for Montpellier, the RBC Centre.   Essentially a fabulous modern furniture store, with affordable accessories, gifts and stationery at lower levels, it also houses the RBC Kitchen, a stylish place for an excellent lunch.   Further down the riverbank, the Lez Market is a great place for vintage shopping.

The Oceania makes a great base – a faded art nouveau station hotel whose rooms have been stylishly updated, all at a great price for such a good location, close to both station and the Place de la Comedie, which is still the city’s beating heart, with its multiple entrance points into the old city.  Not to be missed is a charming esplanade which serves as a cultural hub, with the Fabre art museum on one side, a new auditorium in which opera and ballet are often performed, on the other.

Tell me more about  Montpellier

Easyjet serves Montpellier from London, and the city is only 3 1/2 hours from Paris via high-speed train; details Voyages SNCF