I was expecting a bowl of sunshine brimming with steam in homage to the yellow fog tunnel which is the star turn of Olufor Eliasson’s show at Tate Modern, but the carrot soup kicking off the special menu created for the gallery’s Terrace Bar was actually bright orange.

No matter – it was delicious, and yellow, the artist’s favourite colour, was there after all in an incredibly delicious crunchy topping of preserved lemon chopped with hazelnuts.  Scandinavia meeting Morocco in a menu both elemental and cosmopolitan, much like the artist himself.

Food is as much a part of Eliasson’s practice as the ecology, geology and sustainability issues at the heart of his subject matter; staff eat together every day with visitors and collaborators at his studio’s SOE Kitchen in Berlin.  Its cooks have collaborated with Tate head chef John Atashroo to create vegetarian dishes with low-carbon, mostly organic ingredients to keep the experience going on the ground floor of the gallery’s new Blavatnik building, one level beyond the blockbuster show. 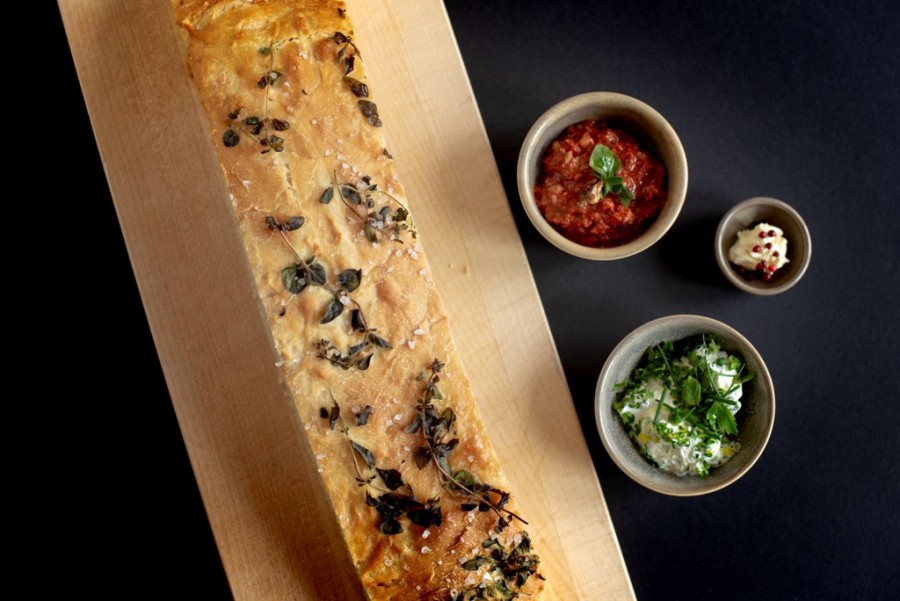 For £17.95 you get four set courses, starting with an international breadbasket – we sampled focaccia, ciabatta, white sourdough and German black bread – with a saucer of “house ferment”(gut-boosting sauerkraut) and a trio of Middle Eastern dips: labneh, roasted red pepper smashed with oregano and hummus with a northern European twist, based on yellow split peas rather than chickpeas.   The big bowl of spicy soup was served at the same time and managed to also evoke the American southwest with its satisfying chilli kick.

Salads which followed were colourful but more subtle, benefitting from the little jugs of extra dressing we asked for to intensify the flavours.  Pale green courgette ribbons were prettied with the pink of grapefruit, mint leaves and more hazelnuts adding crunch.   A salad of large green and purple leaves with honey-roasted seeds offered a texture contrast along with a rush of chlorophyll and was just gorgeous to look at. 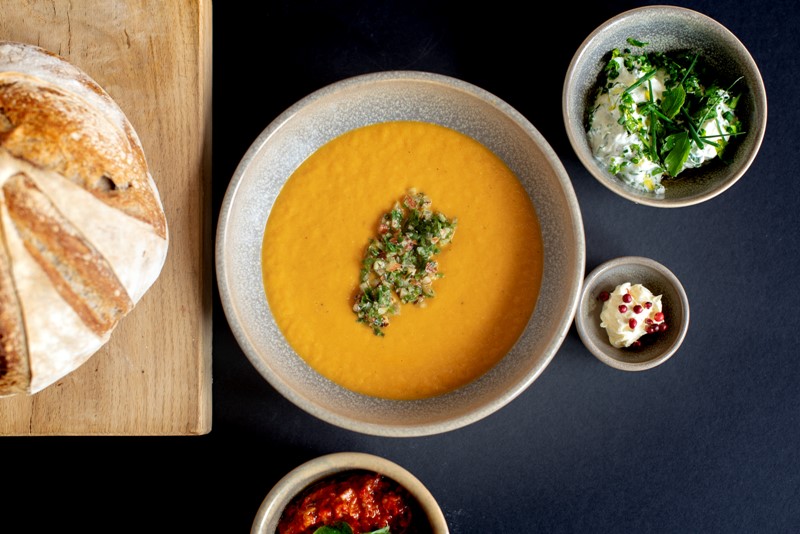 We tucked into our dessert of courgette cake with a jewel-like topping of shiny redcurrants and purple blueberries without guilt, complete with the little jugs of double cream with which we were encouraged to saturate the delicious, seedy-tasting cake.

Organic wine by both the glass and bottle are available, including a delicious, well-structured pale-pink Sangiovese from Cosimo Maria Masini, Tuscany(£6.75 per glass).  Even the coffee – two rare, biodynamic varieties plus an organic decaf option – seemed bright and transparent, served in tempered glass and pure and clean enough to drink black. 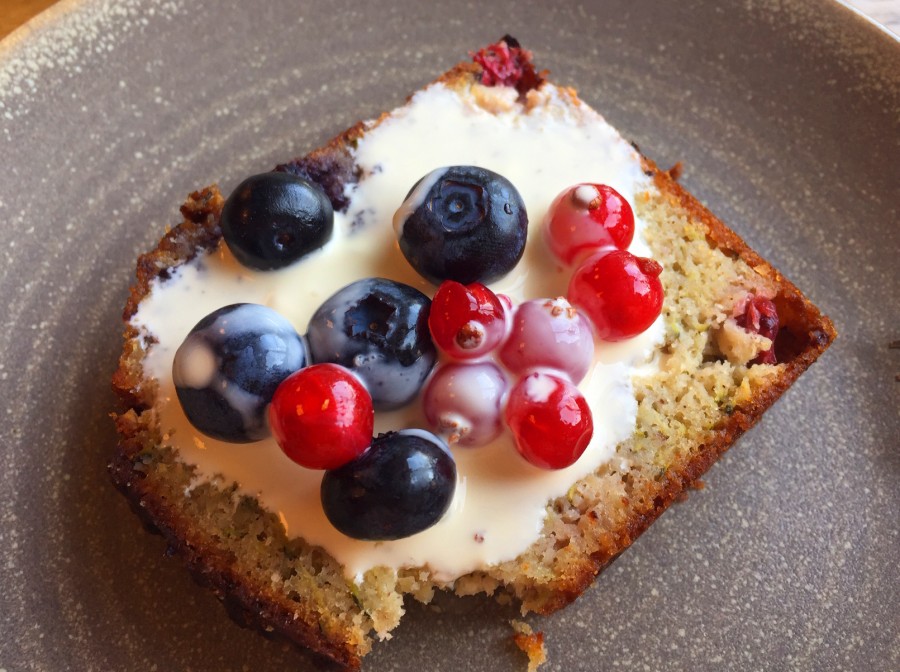 This pop-up being an art installation in itself, the visuals are as delightful as the edibles.  The restaurant entrance is washed in a magical magenta, and within hang dramatic Olfaur-designed lamps and mobile sculptures. On warm days service expands onto a terrace overlooking the artist’s waterfall in the museum courtyard.

This particular show is due to end in January when the exhibition finishes, but given the current demand for exciting and elegant vegetarian fare, it could run and run.