Stuart Forster is no stranger to destinations off the beaten track and on this trip to Latvia, he visits the country’s less familiar second city.

Daugavpils is Latvia’s second city and a gateway to the country’s sparsely populated Latgale region. A three-hour drive from Riga, the nation’s capital, the city is worth visiting if you’re the kind of traveller who enjoys getting away from well-worn tourism trails.

Second cities tend to remain in the shadow of their respective capitals when it comes to international tourism. Daugavpils, which is 220 kilometres south-east of Riga, is no exception.

Chatting to people in Riga, I learnt that even many Latvians are yet to visit Latgale, which borders Lithuania, Belarus and Russia. Rather than exploring the countryside of their own nation, many Latvians favour holiday destinations in southern parts of the European Union, which they joined in 2004. Inevitably, the international travel restrictions imposed to counter the coronavirus pandemic during 2020 have bolstered domestic tourism in many countries. 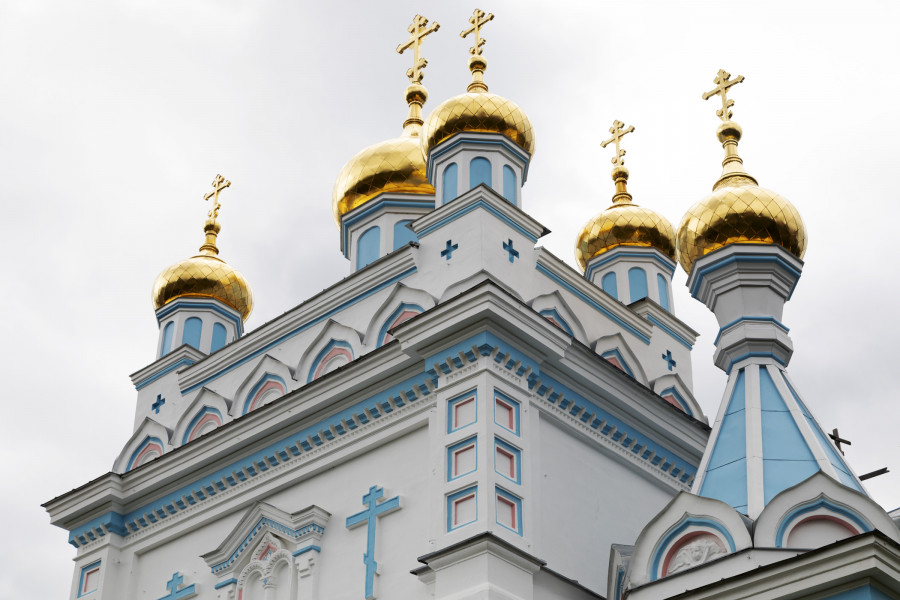 Latvia has remained relatively unscathed by COVID-19, meaning that travellers fortunate enough to visit can expect to experience a version of life much as it was prior to the pandemic. Things seemed blissfully normal during my trip in mid-August 2020, save for compulsory face coverings at Riga Airport, a proliferation of hand sanitiser dispensers, plus floor markings and reminders to socially distance at some attractions.

Latvians regard the Latgale region as markedly different to other parts of their country. It has changed hands many times throughout its history. Polish landlords once oversaw rural estates in a region that was part of the Russian Empire until after World War One. As a result, Roman Catholicism is still widely practised while Lutheranism is the principal faith further west. Russian is still widely spoken. So too is Latgalian, a distinctive variation on Latvian. 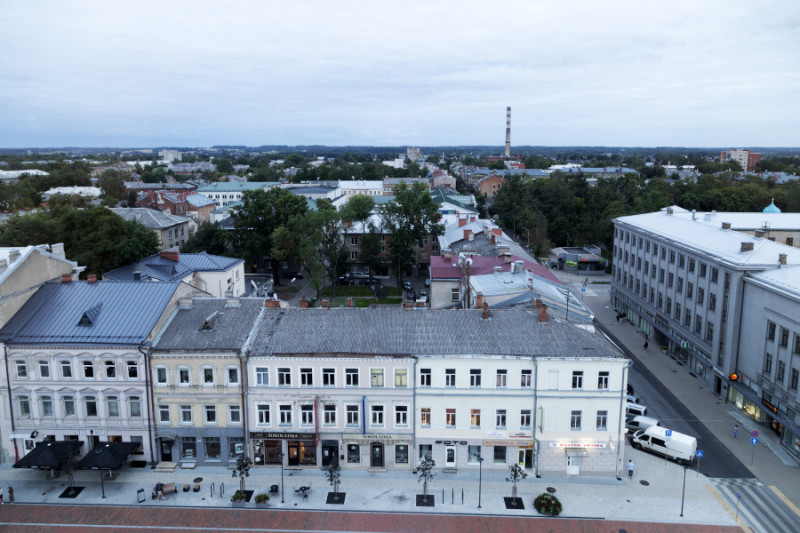 Coaches take approximately four-and-a-half hours to reach Daugavpils from the Latvian capital. Hiring a vehicle and driving cuts a third off the journey time. Having a car provides flexibility should you be tempted to explore other cities in the region, such as Preili, Kraslava and Aglona. The driving distances are not long, so it’s worth taking a look.

The countryside through which the highway cuts on its way from Riga to Daugavpils encompasses swathes of dense woodland. The farmland, much of it arable, is studded with trees and occasional houses, including white-tiled buildings that are a legacy of collective farming during the Soviet era. During summertime white storks can be seen feeding in fields and sitting atop of enormous nests that bulge from pylons reminiscent of the onion domes of Daugavpils’ Russian Orthodox churches. Moose, too, can occasionally be spotted grazing by the roadside.

Daugavpils is situated a little over 33 kilometres from Latvia’s border with Belarus and 25 kilometres from the Lithuanian frontier. The city grew rapidly in the late-nineteenth century. Known as Dvinsk, it became a hub in the Russian Empire’s railway network. Grand, redbrick buildings stand as a legacy of that era of wealth. So too are the Lutheran, Roman Catholic, Old Believer and Russian Orthodox places of worship on the logically named Church Hill that provided inhabitants with places to meet and pray. 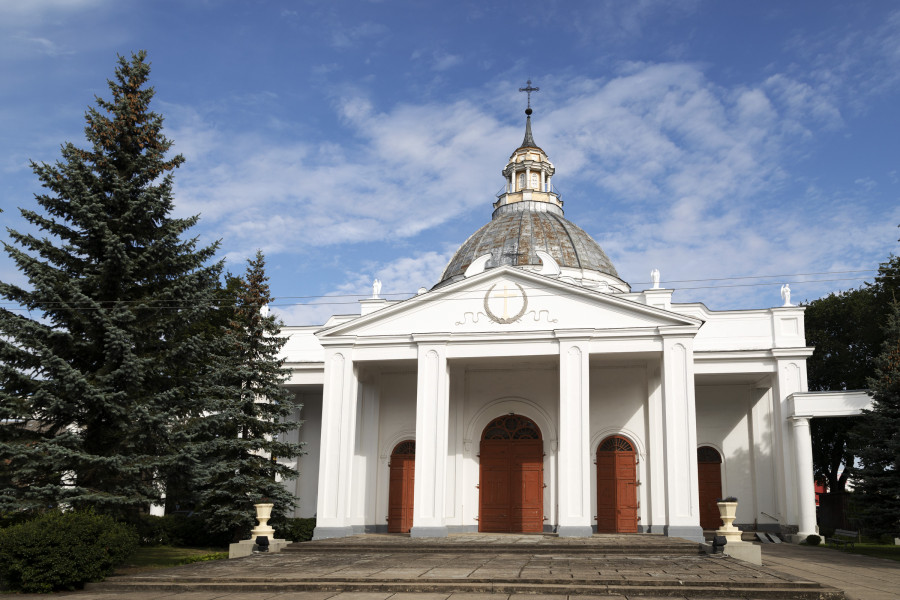 Pogroms further east meant a sizable Jewish community grew too. Prior to the first shots of World War One, 55,686 Jewish people lived in the city — more than 49 per cent of the urban population. The Kadish Synagogue, built in 1850 on Cietoksna iela, hosts a compact museum with an exhibition about Jewish life in Daugavpils and the surrounding region on its upper floor. Entry is by prior appointment and donations are accepted. (You can arrange a visit by calling +371 2954 8760.)

Daugavpils was occupied by Soviet troops at the beginning and end of the Second World War then endured occupation by a Nazi force from 1941 to 1944. Wartime shrapnel scars and bullet holes can still be seen in the brickwork facades of buildings such as the old telegraph office. At Dubrovin Park, close to the heart of the city, a marble memorial with an eternal flame stands as a reminder of seven fallen heroes of the reconquering Red Army. 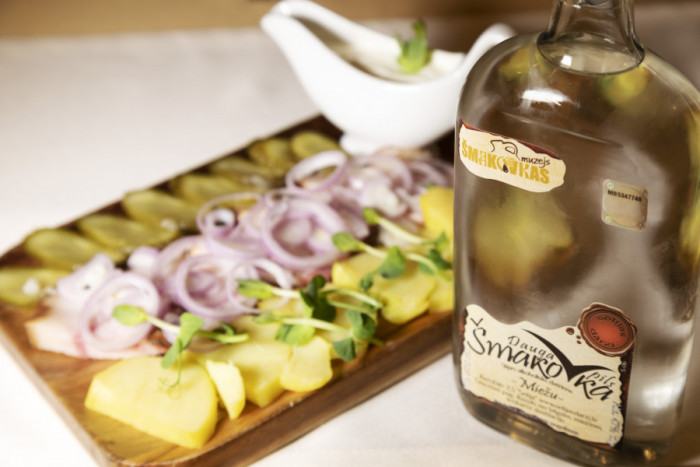 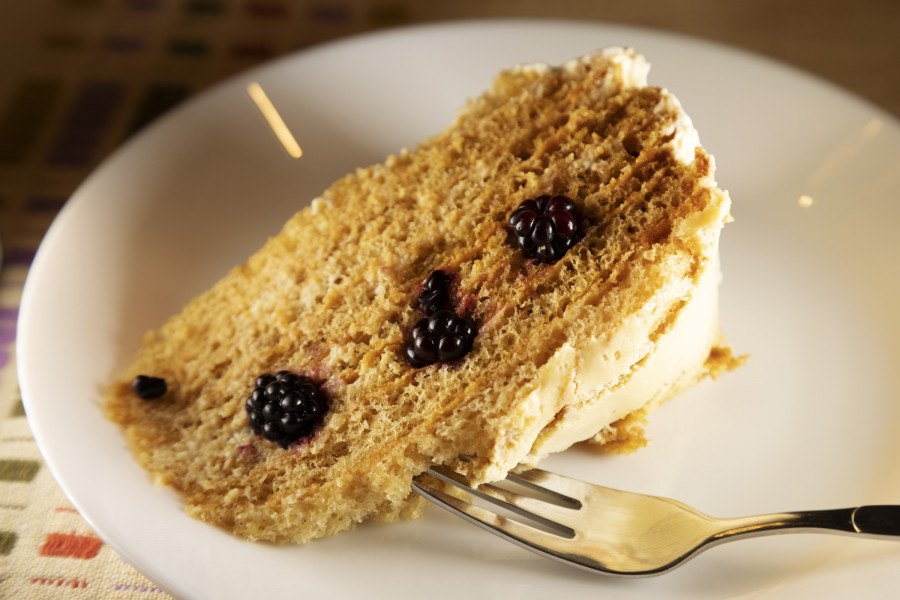 One of the best places to view the park and layout of the city is the Latgola Park Hotel’s Plaza Restaurant. Up on the tenth-floor of the hotel, the restaurant has floor-to-ceiling windows and features traditional Latgalian cuisine on its menu. Nibble on rye bread, speck and pickles before dishes such as pork ribs served with sauerkraut and fried potatoes. Sip schmakovka before, during and after the meal.

Not sure what schmakovka is? Much like moonshine, it’s a powerful regional spirit traditionally distilled in small batches. The Schmakovka Museum, a matter of paces from the Latgola Park Hotel, tells the story of the spirit and explains how it is made. In the early 1950s, anyone caught distilling and selling schmakovka ran the risk of 20 years imprisonment. It’s now distilled commercially and widely available.

The museum stands within the severe-looking Unity House, a public building erected during Latvia’s first period of independence, prior to World War Two. It also hosts a theatre, concert hall, fitness studio and library as well as a visitor information centre. 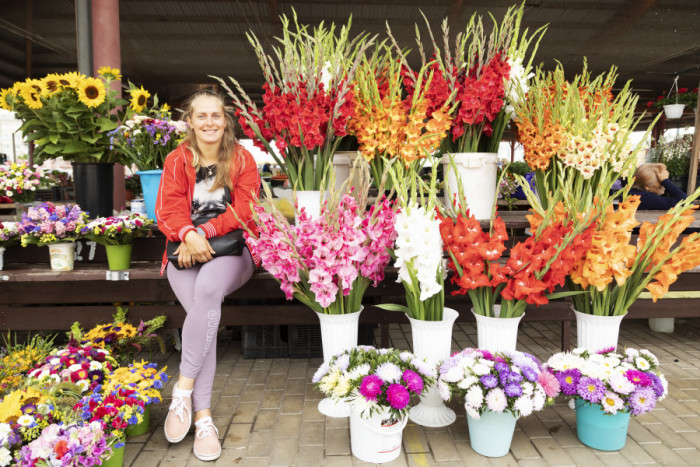 Nearby points of interest include the white-fronted St Peter’s Church and, for gamblers, casinos. The local market gets going early in the morning, a couple of blocks over on Kandavas iela, and is worth visiting for fresh fruit and vegetables or bunches of flowers.

The city’s principal tourism attraction is Daugavpils Fortress, which underwent restoration from 2011 to 2013. Constructed between 1810 and 1878, the fortification is a fine example of 19th-century military architecture. It has broad ramparts that can be followed along their three-kilometre length.

The fortress gates remain open 24 hours a day, meaning that the historic attraction can be visited at any time. The reason for that is the fortress is the site of housing, formerly used by the families of Soviet troops, that now provides homes for more than 1,000 of Daugavpils residents. 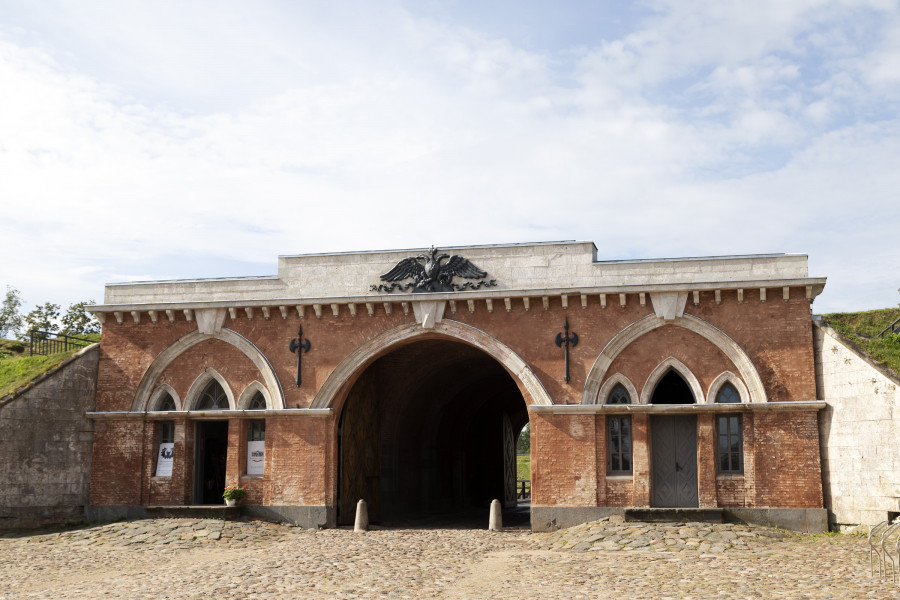 One of the chief draws within the fortress is the Mark Rothko Art Centre, the only art museum in eastern Europe exhibiting original Rothko paintings. He was born in the city as Markus Yakovlevich Rothkowitz. Exhibitions of works by other renowned contemporary artists are also shown at the centre.

For art lovers and those who simply appreciate getting off-the-beaten-track, Daugavpils may well be a destination worth exploring.

Tell me more about visiting Daugavpils

International travellers arriving into Latvia are required to complete and print a questionnaire that includes recent travel information and contact details. The forms are collected by flight attendants.

On 14 August 2020 Latvia introduced a requirement for people arriving into Latvia from the UK and several other countries to undertake 14 days of quarantine. That requirement is subject to review.

Check the UK Government’s website for Foreign and Commonwealth Office advice about travel to Latvia. The website has information about the countries from which returning travellers are exempted from quarantine and lists countries exempt from the government’s ‘all but essential travel’ advice.

The Latgale Travel website has information about things to do and see across the region.

For information about things to see and do elsewhere in the country, check out the Latvia Travel website.