The Gstaad Palace has been looking down at the residents of Gstaad from her lofty hilltop perch for over a century, like a well to do matriarch protecting her flock. This is a proper grand hotel, from a golden age when luxury European hotels were seen as iconic establishments, the haunt of the glamorous and well heeled from all over the world.

Many are now simply faded caricatures of their former life,  but the Gstaad Palace remains impervious and imperious, still the pride and joy of the Scherz family, keeping her star shining as bright now as it did back then. And what a legacy. Famous names, drawn by Gstaad’s stunning slopes and valleys and an almost religiously guarded discreetness that still holds true today.

For me though, The Gstaad Palace is remembered for Peter Sellers’ madcap antics in Return of the Pink Panther which was shot almost entirely at the hotel. His famous revolving front door scene, a scene I had to recreate, albeit in a more dignified and discreet manner of course was top of my priority list.

Keeping that star shining though is not about simply discarding the past in favour of all things new, it’s about retaining style and sophistication and letting them converse seamlessly with the modern world. The Gstaad Palace does this magnificently. The lobby is a throwback to the vintage years, the room key is still a real key with a velvet sash, the service is top-notch old school charm and each of the 104 guest rooms are classical luxury with magnificent views of the mountains. But look a little closer and you’ll find fast broadband everywhere, digital lighting systems, flat-screen televisions a hugely impressive 1,800 sq m state of the art spa and hammam with an indoor pool and gym. Subtle changes and discreet transformations undertaken in the couple of months when the hotel closes each year. 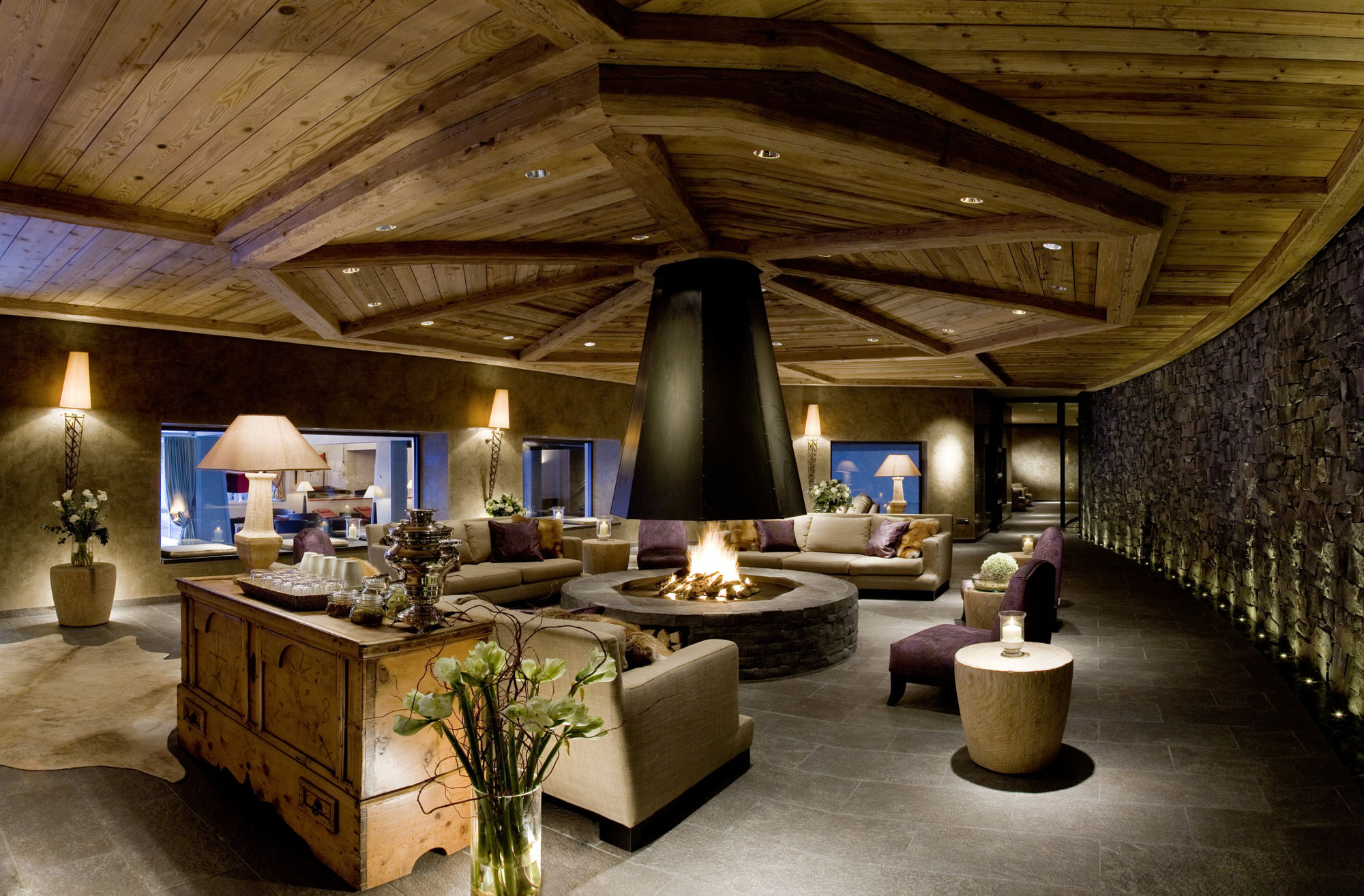 As I stroll around the vast property, I realise there are of course tales to be told in almost every part of the hotel such is the rich history of this grande dame. Downstairs, in what is now the Fromagerie restaurant, a winter season hot spot for the fondue set, was once an impregnable reinforced war bunker; the huge thick doors still in place today. Legend has it vast numbers of gold bars were stored here by the Swiss banks during WW2. Upstairs, the penthouse suite with its private sauna in one of the white turrets and 360-degree balcony hugging the entire hotel was once offered to Michael Jackson who decided he wanted something bigger and made an offer to buy the whole hotel instead. Naturally, Mr Scherz politely declined his request. But my attention is drawn to the famous GreenGo night club, still retaining its 70’s theme with its adjoining indoor pool. If walls could talk there would be a few tales to tell here I have no doubt. 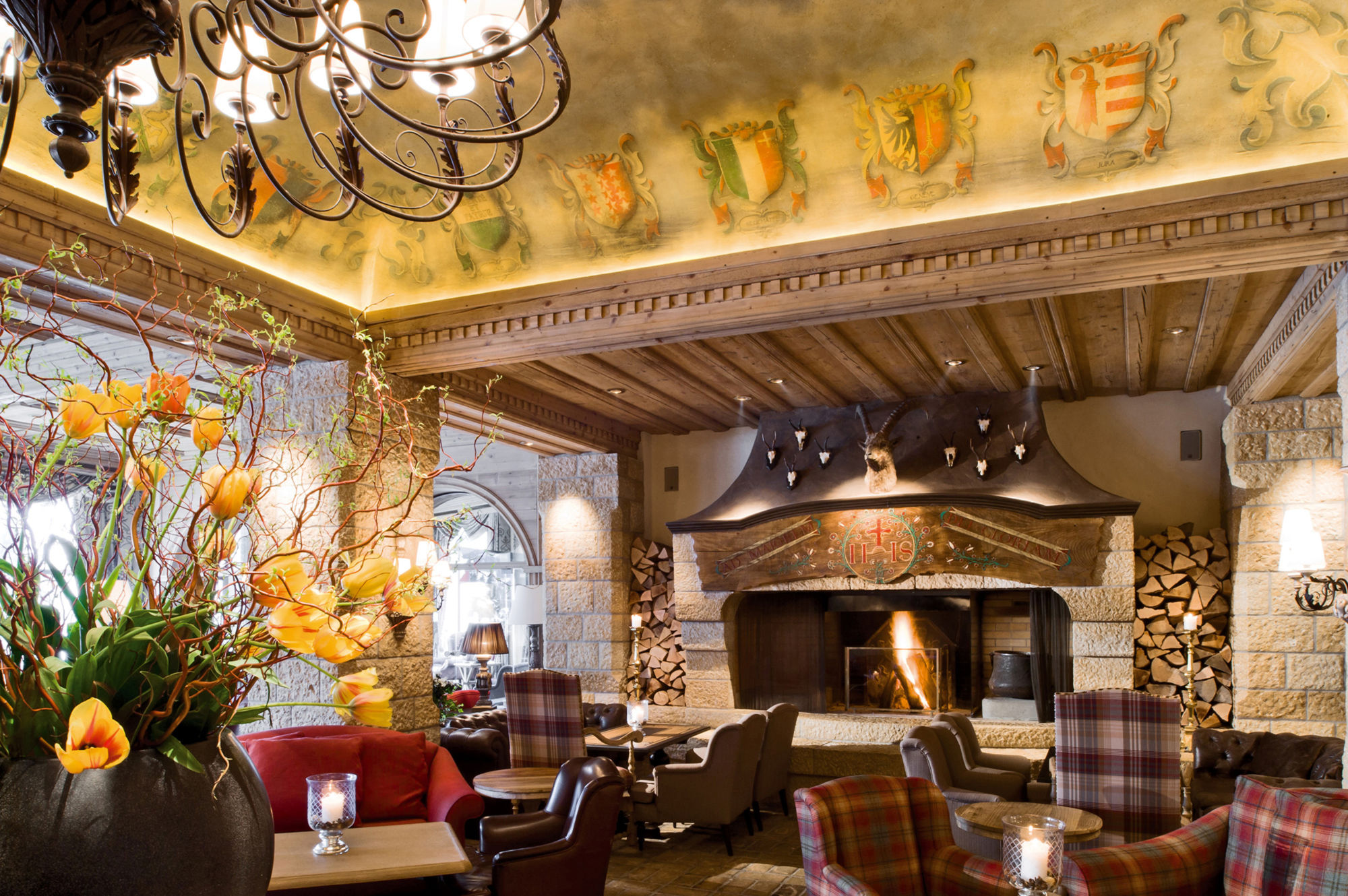 Back up to the lobby and I wander through to the lounge bar, still a meeting place for great and the good, every face perhaps a little familiar or is it just my imagination playing tricks. The outside terrace beyond an ideal sun trap and the perfect place to people watch. And talking of people watching, what better way to do that than in one of the Gstaad Palace’s five restaurants, from authentic Italian to the more formal Le Grill. 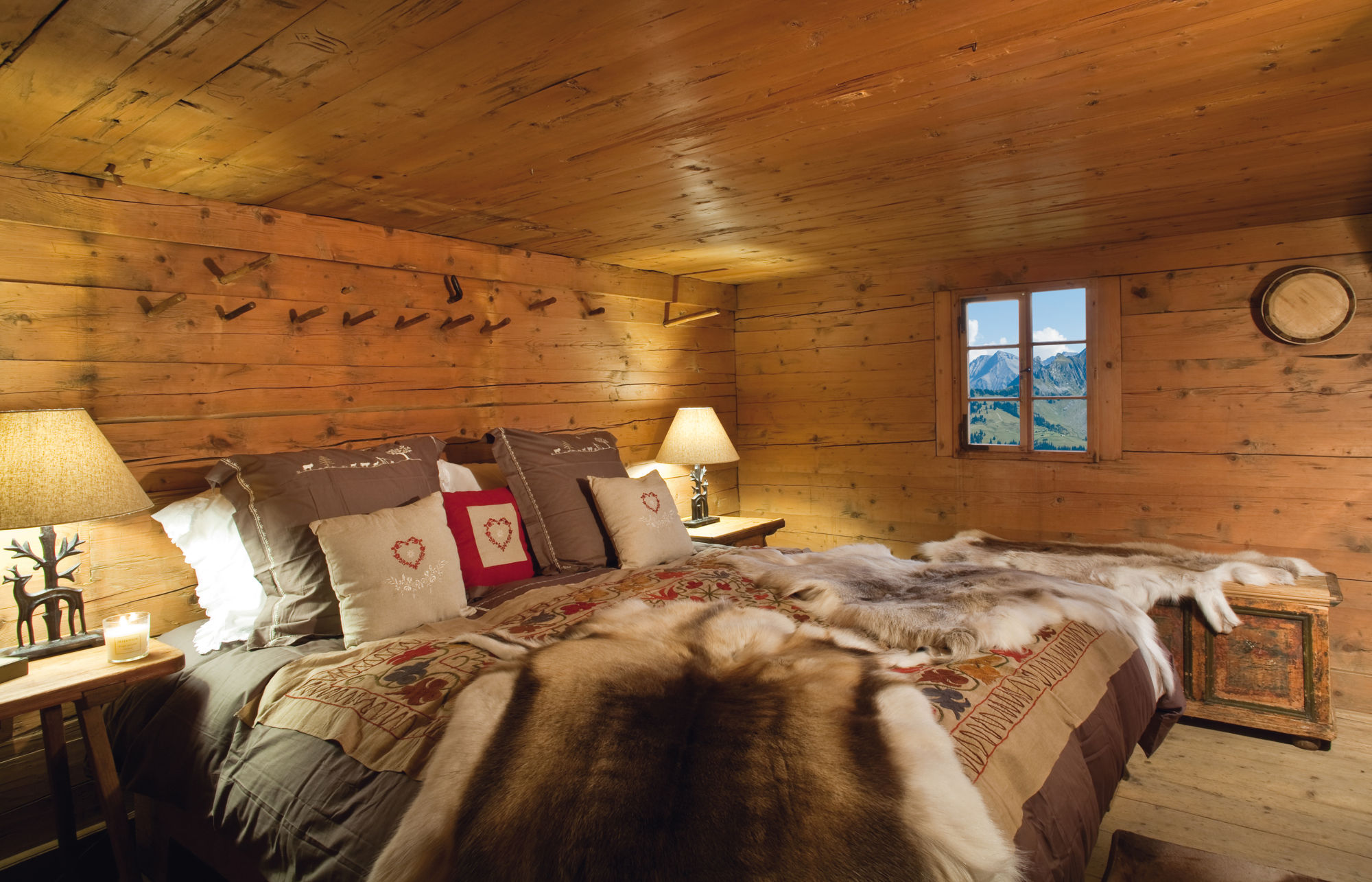 Another surprise awaits as I’m whisked away for a dinner date outside The Gstaad Palace. Gstaad is left far behind as we drive up into the mountains as the evening draws in. A private mountain road leads us up to the Walig Hut, a 200-year-old rustic farmer’s home; purloined by the hotel for guests to hire for a night or just for dinner. A simple abode but made inviting by the wood-fired stove keeping us warm up in the rarefied alpine air. A cosy bedroom lies off the lounge, not quite as luxurious as back at the Gstaad Palace but lavish in context   A delicious three-course fondue dinner is consumed with vigour, courtesy of Maurizio. a stalwart of the Gstaad Palace food team. It’s over far too quickly and we make our way back down, delayed a while by a herd of cows who look at us dismissively as they stand their ground on the narrow road. Clearly lacking guest relation skills, this is something The Gstaad Palace needs to address.

The Gstaad Palace is in my view a rare breed of luxury hotel. One that builds on its legendary status rather than relying on it. Outstanding.

I want to stay at the Gstaad Palace. How much is it?

The Gstaad Palace is currently offering three nights for the price of two where available including half board (not the free night) and use of the Palace Spa for two people sharing from CHF 1,400  between June 21st and September 11th 2014.

The Walig Hut dinner is from CHF 250 per person including three-course dinner, Swiss wine, coffee and mineral water. (minimum of 4 people)

Alpine night for 2 adults including a 3-course dinner from CHF 1,600.– for 2 people or for 2 people and 2 children

SkyWork flies from London City Airport to Bern  12 times per week. Twice daily on weekdays and once a day at weekends from £75.50  return.

From 26th October 2014, SkyWork  will fly from Bern to London Southend. twice a day on weekdays and once on a Sunday.