Australia’s Blue Mountains are a regular stop on the New South Wales tourist trail, but there’s hidden treasure lurking behind those hills. The Hawkesbury River, 55km north of Sydney, is a tranquil winding waterway surrounded by bush, sandstone cliffs, national parks, flood plains and historic walks. My partner’s antipodean relatives are in the know, so after a family wedding, we hired two self-pilot houseboats for a three-night trip: one eight berth and one 10 berth. 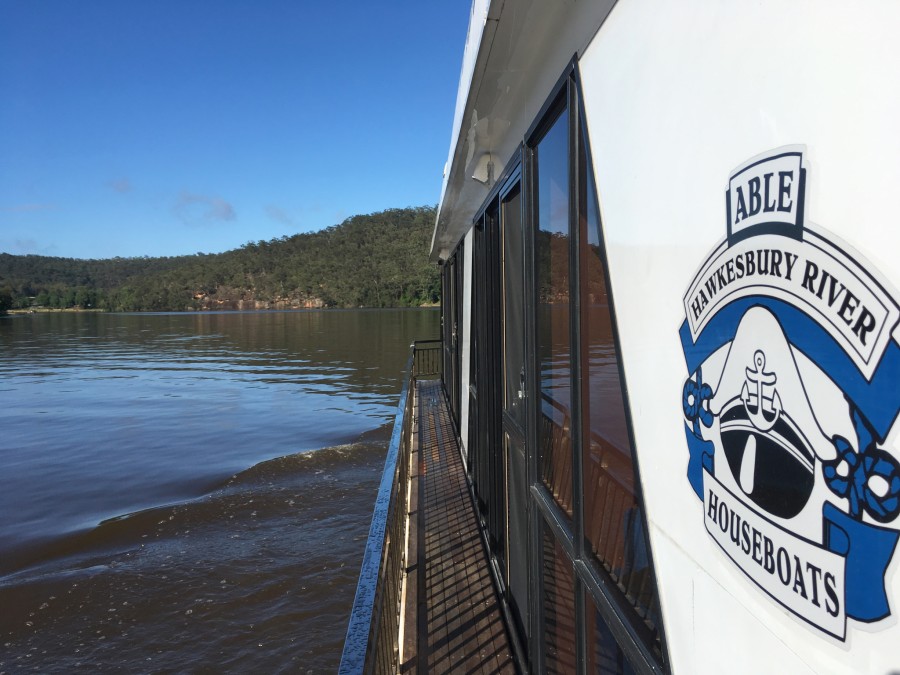 We set off from Wisemans Ferry, a characterful small town, and spent the night before at Wisemans Inn Hotel. If you’re heading here, book early and bag a historic four-poster bedroom upstairs from the pub: the adjoining motel rooms are as basic as they come, and – bizarrely – similarly priced (from $75 AUD). On site, the free Cobham Hall Museum is the former residence of Solomon Wiseman, the English convict transported to Australia in 1806, who became quite the local business mogul and no doubt made good use of the whisky decanters now on display.

Modern-day drinkers can stock up at a general store before setting off on the houseboats, and there’s a treat at Wisemans for readers, too. Behind the art shop and next to the pharmacy, I discovered a help-yourself bookcase: a tiny community library based on a replace or-return-policy. I borrowed a Margaret Atwood for the trip, while my partner had already brought historical novel The Secret River, which is set in the Hawkesbury and is written by Kate Grenville, Solomon Wiseman’s great-great-great-granddaughter.

Our designated skippers were trained up by a cheerful, weathered Aussie called Matt, and soon we were pootling up the river in tandem, eyes shining at the sight of green mangrove trees flanking the wide blue river in the Easter sun (locals called it “winter”, we Brits called it “bikini weather”). The landscape is fairly uniform but I still caught my breath each morning when I woke to a panoramic river view, making breakfast with the dawn chorus exploding around me. Our resident bird spotter identified the sound of the Golden Whistler, the Pallid Cuckoo, the White-Faced Heron and more, while I saw pelicans aplenty. On our final day we watched a pair of eagles soaring majestically overhead, circling and diving into the cliffside greenery to their nest. Humans also reside along the river: dwellings range from designer homes in the cliffs to pimped-up trailers by the shore (one welcomed us with a cheery “HELLO” sign on its roof). We also spotted a four-piece sofa suite nestled in a cliff – a living room with a heck of a view. 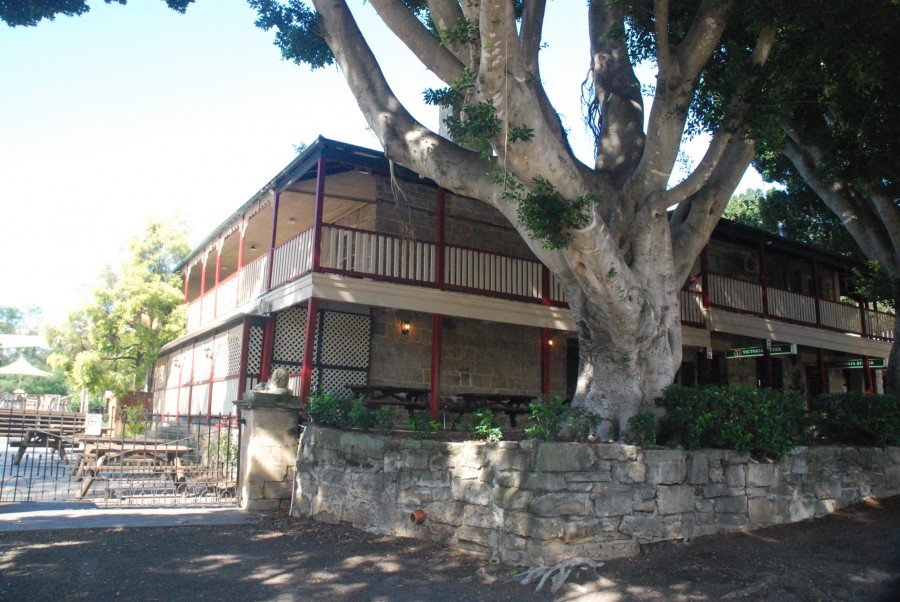 The roads of the Hawkesbury region are near but largely hidden from view; our main soundtrack was birdsong and the quiet running of the motor. While it was tempting to stay on board, there are a number of worthwhile walks. Matt pointed us in the direction of The Convict Trail, accessed via a ferry – we went onshore via motor-powered dinghies tethered to our boats. The Convict Trail is a scenic walk up The Old Great North Road, part of the Dharg & Yengo National Parks. Completed in 1836, the road was constructed using the forced labour over 700 convicts – often in chains – and spanned 264 km between Sydney and the Hunter Valley settlement. Commemorative statues and information posts tell a mixture of horror stories (“50 lashes for Smith”, oh dear) and technical achievements, such as a monolithic “curved wall”, heavily buttressed against erosion using huge stones cut from the local cliffs. There are also tributes to the indigenous history: Hawkesbury is the traditional land of the Darug and Darkinjung People. The full trail is about a 43 km hike; we walked up to near the top of the initial Devines Hill Ascent and back over a couple of hours. 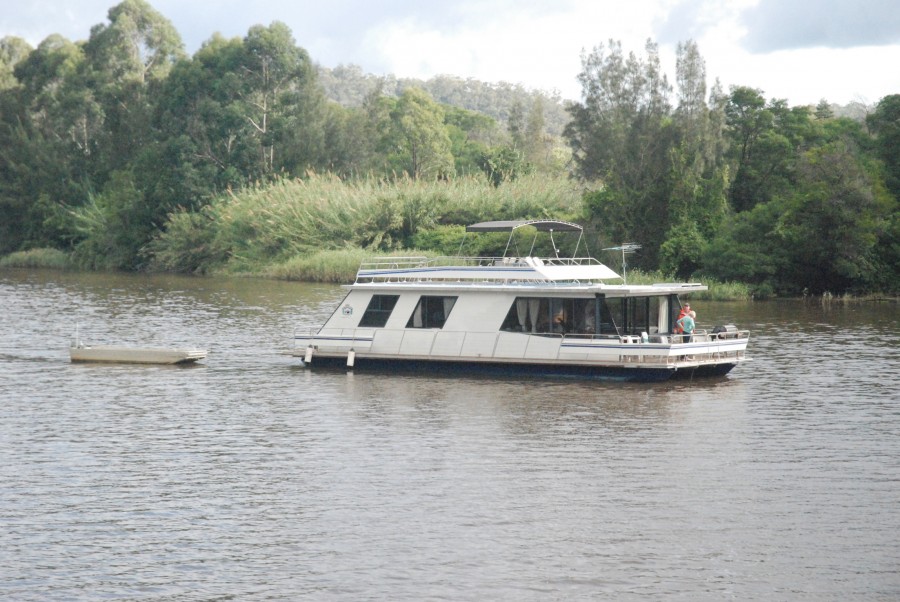 While self-catering was an easy option, we found a few reasonably priced eateries en-route. My favourite stop was the tiny port of Spencer, where our intrepid spin-off group of four was greeted by a friendly, tipsy fellow. “I’m the welcome party!” he beamed, grabbing our hands and helping us off the dingy onto the jetty, where his friends raised a beer and were surprised by our “Afternoon!” (“Isn’t it still morning?”). Opposite the jetty, the village store was all things to all people: bottle shop, coffee shop, restaurant, pub, tourist information, local gossip centre and home to the self-titled “Best Burgers On The River” (from $8 AUD). Across the road, we enjoyed a cider under the trees at the “Dunkirk Hotel”, denoted by a couple of benches, a sign and a handy bottle opener attached to a tree. The perfect pub? Near enough. We returned to Wisemans relaxed but reluctant to leave the calm of the Hawkesbury River – not to mention the fun of messing about in boats.

Tell me more about visiting the Hawkesbury River