Formerly known as the Ukraine, a much loved Moscow landmark, she is one of Stalin’s original Seven Sisters; seven gothic/art deco skyscrapers built in 1946 to show the world it’s not just Manhattan that has a skyline of high rises. It was around this time he also constructed the fabulous art deco Moscow Metro as another example of Russia’s power and prestige. 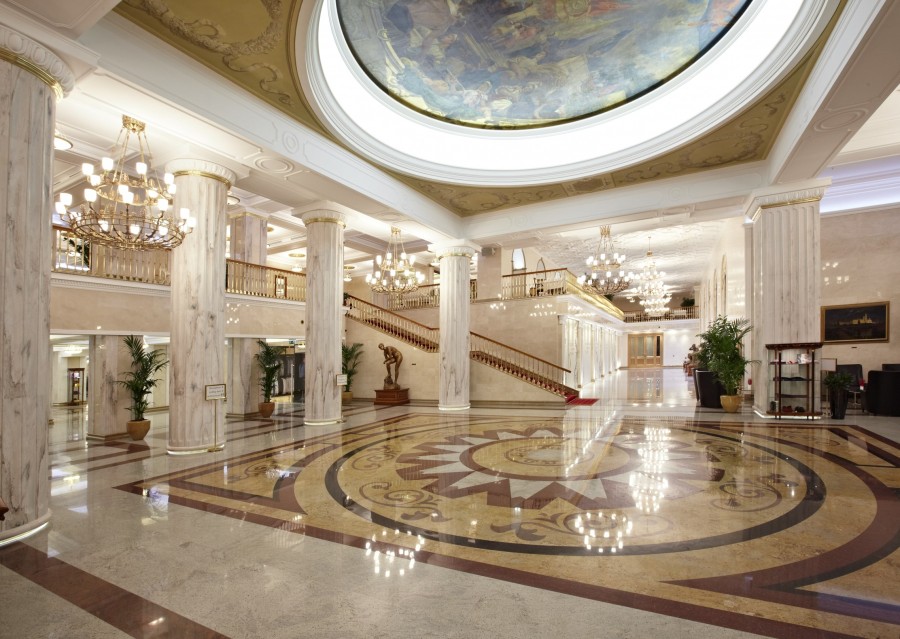 Fast forward to today and it seems Stalin did a pretty good job as this elegant lady remains an extraordinary building.

Perched on a bend of the Moskva River right opposite the famous white Parliament building, there’s no doubting her similarity to the Empire State but on a much smaller scale.

Inside however, there’s nothing small about her in any way. Grand marble hallways, high ceilings, 500 very spacious rooms and suites and 19 restaurants and bars. She even has her own flotilla of riverboats patiently parked by her private dock waiting to take guests and tourists on sightseeing cruises along Moscow’s famous artery. 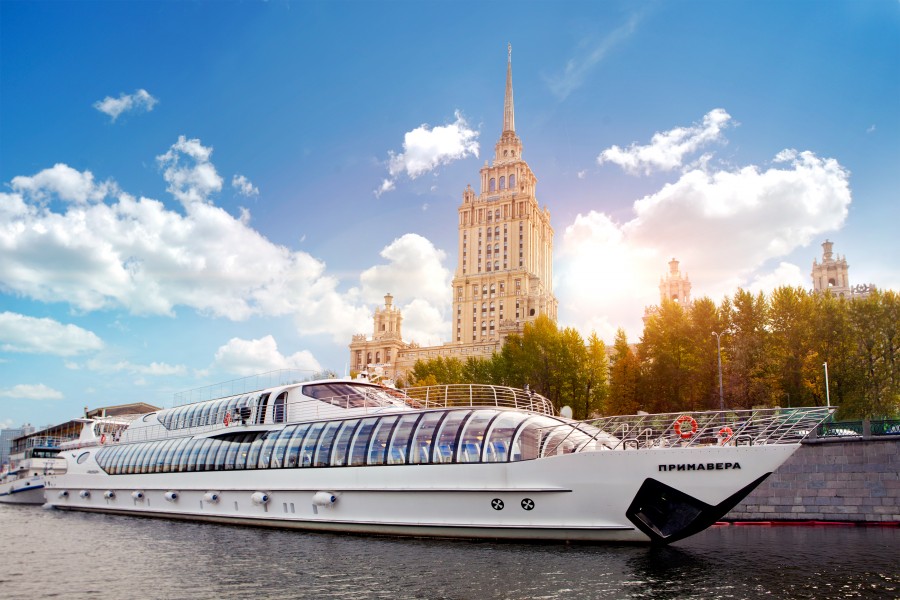 Radisson has done a remarkable job in reinventing this grand dame into one of its top of the range Collection properties through a huge programme of renovation; creating bigger guestrooms, installing a state of the art spa facility with an Olympic size indoor pool and a vast fitness centre. Word on the street is you won’t find a better breakfast feast anywhere else in Russia and frankly, the array of food and drink offerings will satisfy anyone’s tastes. Not unlike modern Moscow which has been transformed into a truly impressive European capital to rival Milan, Paris and London.

I’ve arrived here to enjoy the celebrations of the official rebranding party. Not just some formal party in a stuffy ballroom for us, instead we’re aboard one of those river boats, joining the great and the good of Moscow to hail the Ukraine’s reinvention. An evening cruise along the river watching the city light up as we sail past Gorky Park enjoying some welcome Radisson hospitality. 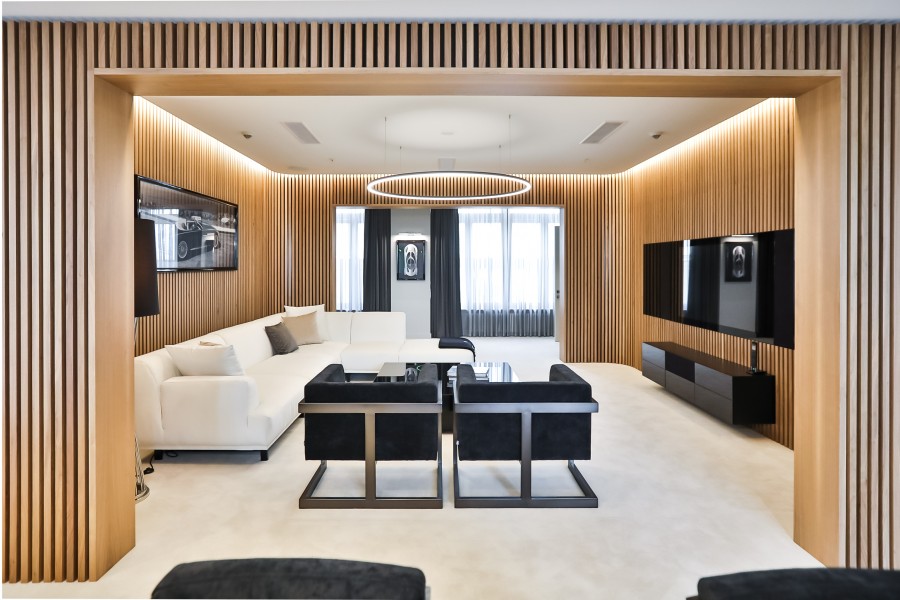 But there’s another surprise. The hotel has a number of signature suites; the vast Presidential Suite of course – all pomp and ceremony with more rooms in it than a boutique hotel, the Romantic Suite, a true den of love and affection and the Maybach Suite, designed by Mercedes engineers as an homage to the Maybach Mercedes and one that I had the privilege and pleasure to stay in. It’s 170 square metres of sleek black, walnut and grey much like the interior of the car, state of the art living with four computer-controlled room moods organising the lighting, sound and drapes, a home theatre system, a 25 foot long bar, a private elevator and access to the hotel’s executive lounge. 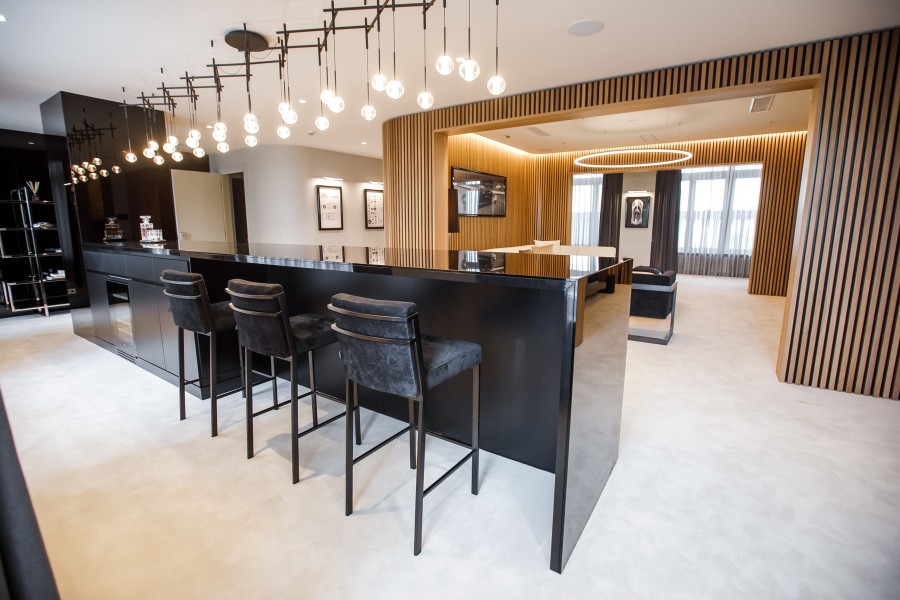 The executive floor is the epitome of exclusive luxury living; private check-in desk with a team at your beck and call and the lounge where you can have a quiet drink and snacks all day and breakfast, a little more bijou and private than the legendary main offering downstairs.

I go up to the rooftop and take in the 360 degrees Moscow skyline. I quickly spot the other six sisters, but more important perhaps is how Moscow has changed from its cold war past. Sleek modern towers, great swathes of parks, international brands from fashion to food and at prices far lower than in mainland Europe. 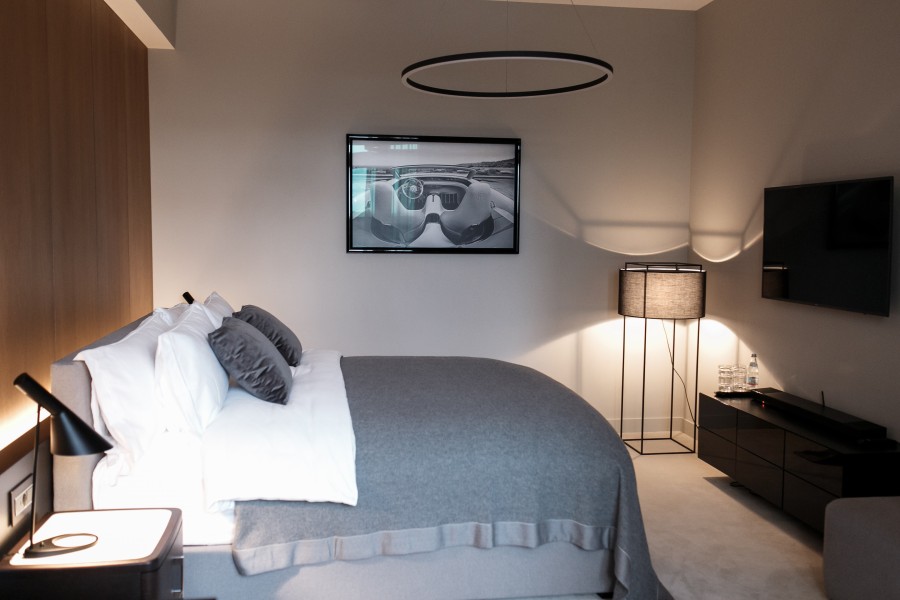 The Radisson Collection Hotel Moscow is an excellent example of the Radisson high-end portfolio; excellent service, outstanding quality and to top it all, a historic Moscow sister to boot.

I think when all is said and done, Madam Ukraine would be very pleased with how she’s turned out. I can almost feel her smiling again.

Tell me more about the  Radisson Collection Hotel Moscow