With more triangles than a trigonometry textbook the Radisson Blu Edwardian, Mercer Street, is an architectural miracle. For a boutique hotel, in Central London, it is luxuriously spacious. Narnia style wardrobes store all sorts of goodies: Nespresso machine, dressing gowns, tea trays, ironing board  … and our Junior Suite had a 55-inch TV too.

This Radisson is quirky too, in a hipster sort of way, with its featured industrial-scale piping and exposed concrete columns. It’s apex, the Reception, points at the Seven Dials monument at the heart of probably Britain’s most elegant roundabout.

Coolly relaxing, this serene sanctuary is at the centre of a web of seven atmospheric streets, a labyrinth that spills out from Seven Dials. A Secret London of independent cafes, eateries and shops. A free thinker’s haven.

Back in the 1690s, Thomas Neal MP planned Seven Dials as a classy London village. Glossing over a few centuries of dysentery, gin houses and heaving slums it’s taken Seven Dials a little while to arrive. Once-upon-a-time there was a pub on each of the seven points with Artful Dodgers able to escape the law through a maze of underground cellars. 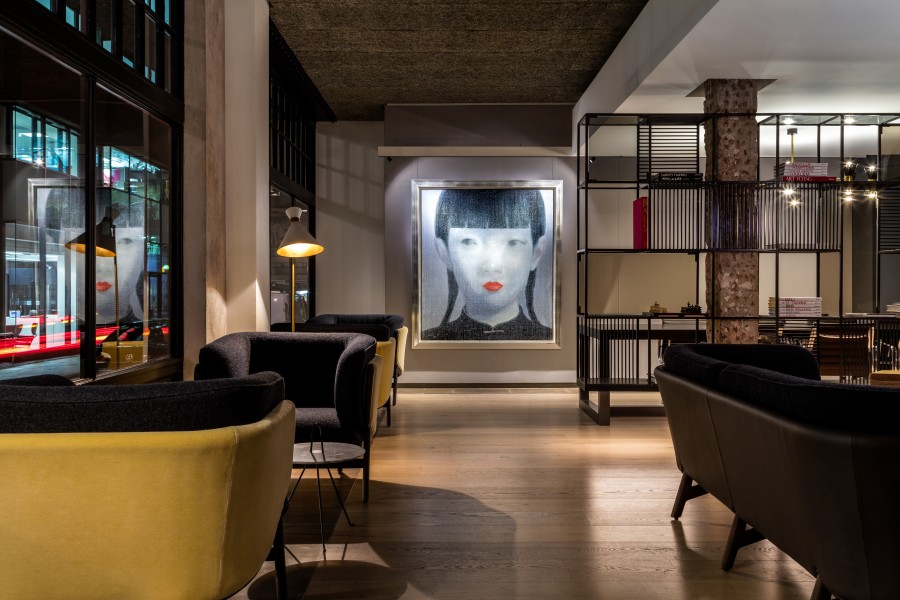 Today, Seven Dials is a peaceful haven of quiet streets lost somewhere between Covent Garden and Soho. Deep pile carpets, chunky doors and serious double-glazing guarantee that rarest of commodities in Central London: a good night’s sleep. A huge bed, with 350 thread Egyptian Cotton linen, up on the Sixth Floor helped too: it is decorated with sophisticated contemporary greys and has a bathroom with acres of fluffy white towels. 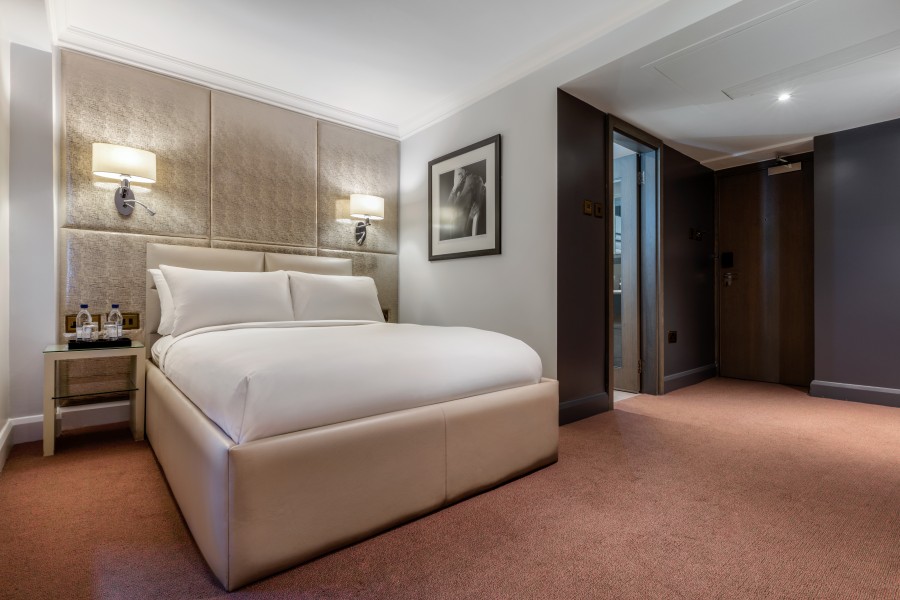 Guests arrive to a warm welcome and chilled prosecco: thinking Covent Garden and Theatreland. Soon they are seduced by the charm of Seven Dials on the Radisson’s doorstep.

At 26 Grains, there’s Posh Porridge, sometimes up to £6 a bowl, imbued with cosy Scandinavian hygge. A vast range of traditional cheeses, chutneys and rare breads tempts shoppers at Neal’s Yard Dairy. And there’s a whiff of alchemy and ancient apothecaries amongst the blue vials, lotions and potions of Neal Yard’s Remedies 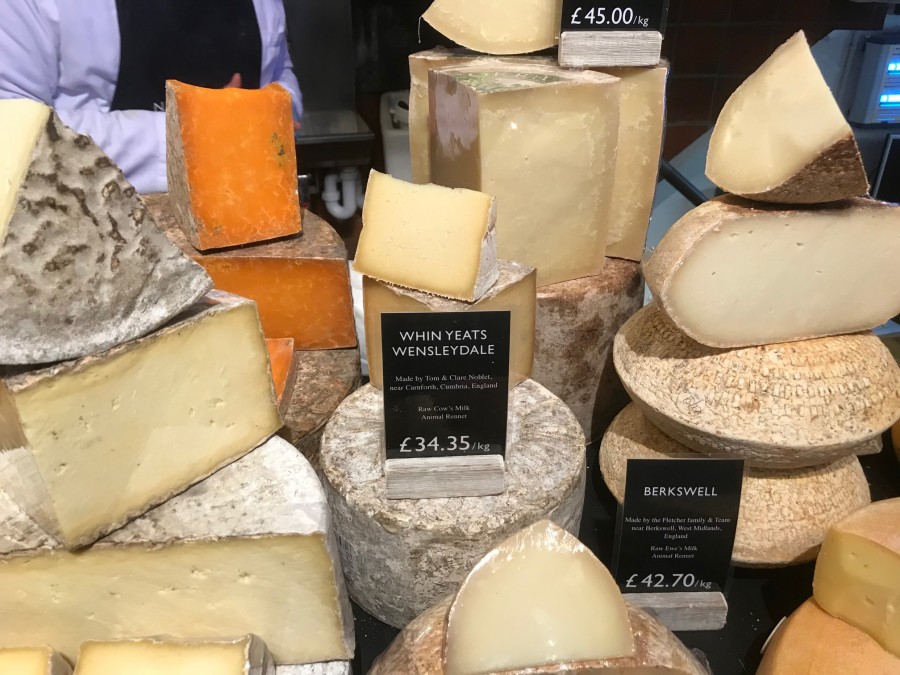 The Vintage Showroom on Earlham Street, preserving the shop front of an Ironmongers from yesteryear, with a fascinating men’s wardrobe of the past, is fighting the good fight of preserving individuality on our increasingly cloned and corporate High Streets. Men can complete their image with a haircut and shave at Murdock Barbers – “No fuss, just handsome.”

Eventually, it’s time to head back to the Radisson’s Monmouth Kitchen to refuel. Decision time. Italian or Peruvian? 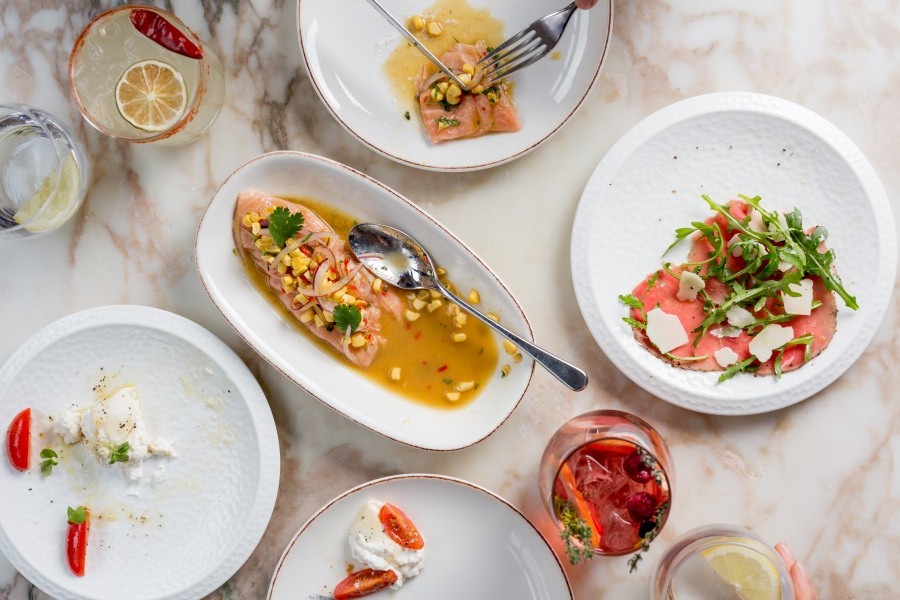 “Many of our guests would like to try the Peruvian small plates,” says Alex the Restaurant Manager, “but they worry about the spices.” Clearly, many of his guests have never experienced a volcanic Vindaloo in Kashmir or Kidderminster.

We ordered five tapas between two of us, which proved to be just about right, beginning with salmon tacos conservatively spiced with jalapeño. Undoubtedly the ceviche portion of the menu is the star – lobster or sea bass or chicken. Gently curing the fish or flesh in lime juice preserves taste and texture. Beatrice, our waitress, recommended that we finished with the signature lamb cutlets, still steaming on volcanic rock as they arrived at the table, “They’re so spicy. You won’t taste anything afterwards.”

Succulent and tasty – yes. Mouth-searingly hot – no. My taste buds survived to appreciate the delicate Chocolate Spring Rolls and Coconut Sorbet dessert. There is an Italian menu too – but who needs pasta and pizza when you can sample innovative Peruvian?

Converted, I continued with the Peruvian theme for breakfast: Scrambled Eggs with Coriander on ciabatta plus avocado –  rejecting a Traditional Full English. 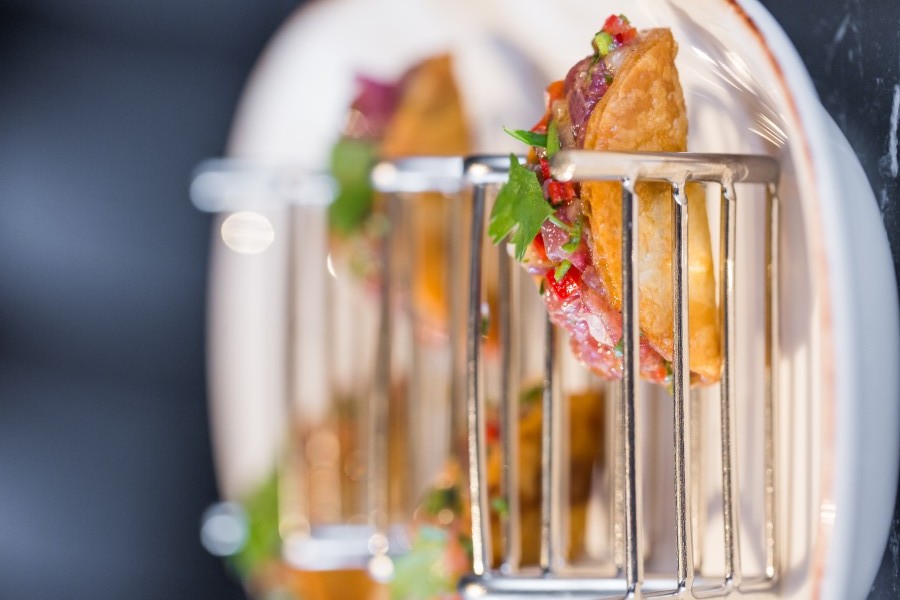 The Radisson Blu Edwardian, Mercer Street is on the cusp of Theatreland and just a few minutes walk from the Royal Opera House. These are major draws for most guests. If you’re thinking of the Pre-Theatre Menu, a few Peruvian tapas perhaps washed down with the trademark Inca Cocktail, you will need to book. The Monmouth Kitchen is increasingly popular. Service is lightening quick so no fears about missing the First Act.

As I checked out, an American couple arrived: “We’re checking in for a fortnight.”

I can understand why.

Tell me more about the Radisson Blu Edwardian, Mercer Street.

The hotel is just five-minutes-walk from Covent Garden Tube station on the Piccadilly Line.