Critics have differed wildly over Tredwells, a Marcus Wareing-badged eatery in the Theatreland foodie enclave of Seven Dials.

Despite winning an AA London Restaurant of the Year title, some have praised it as a comfort food haven, others dismissing the place as over-hyped.  A fairer summing-up would be comfort food ingredients prepared with finesse and a big dollop of imagination.

There is a dichotomy, however, in the mixed message of its surroundings; you don’t expect food of this calibre in what looks, with its subway tiling and plethora of hard surfaces, a bit like an Underground station, like Covent Garden Tube itself packed in the early evening but dead as a doornail after the lunch-hour rush. 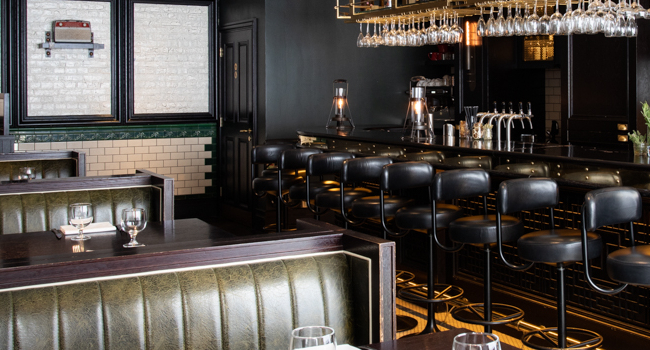 Despite the lack of ambience in a ground-floor space with the feel of a caff- the buzzier upstairs was closed when we lunched – we enjoyed a staggeringly well-cooked meal for a little less than the lunchtime deals of neighbouring Michelin-starred restaurants.  Tredwells has no star and maybe too casual to attract one, but chef-patron Chantelle Nicholson’s modern British cuisine deserves more than the name-check accorded by the Michelin guide.

Starters on a special summer menu certainly shrieked comfort food; my companion enjoyed a perfectly cooked, crisp pork croquette with homemade piccalilli.   My brandade – that comforting, not-so-British confection of salt cod blended into a cream – was thinner than usual, almost soupy, but a nevertheless delightful slurp elevated to greatness by a garnish of super-fresh pea shoots. 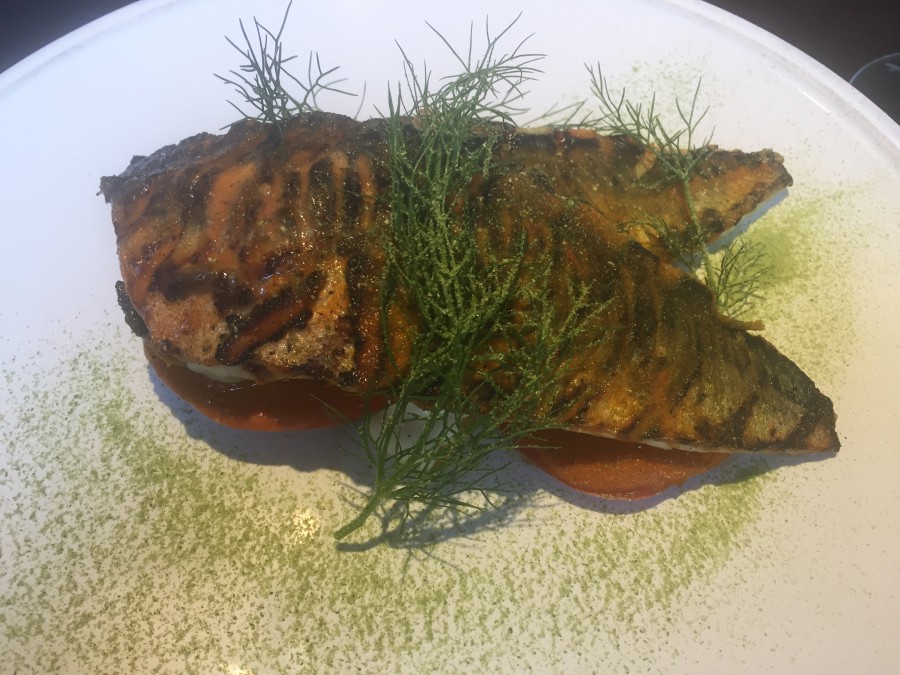 While mackerel seems more suited as a main course choice to a beach restaurant, my crisply-grilled fish was out of this world, thanks to its lip-smacking freshness, the pungent lift of a tomato base and almond crunch and the unexpected but quite apropos garnish of a fried gherkin.  Strawberries with Tredwells signature “chouxnut”  pastry, elderflower and thyme were really the only choice for a properly summery dessert, beating out the options of rhubarb with cheesecake and even the salted caramel soft-serve ice-cream which is a menu staple. 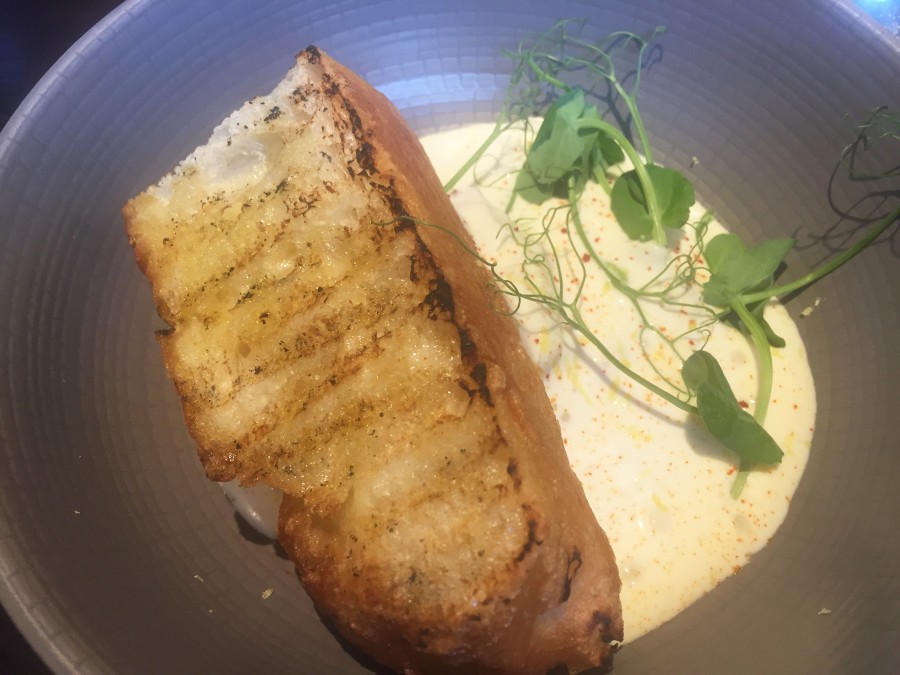 Our summer meal deal was priced at £29 for three courses including a gin cocktail, for which I substituted an excellent glass of New Zealand sauvignon blanc from a wide choice of wines by the glass(£6.50-£10).  Theatre-goers can get two courses for £25 before curtain up and vegetarians, as well as carnivores, are catered for imaginatively with a £30 Sunday roast.

A la carte diners can expect to pay £8-12 for starters, which are substantial and arguably better value than mains, running £18-33 before you pile on the sides. 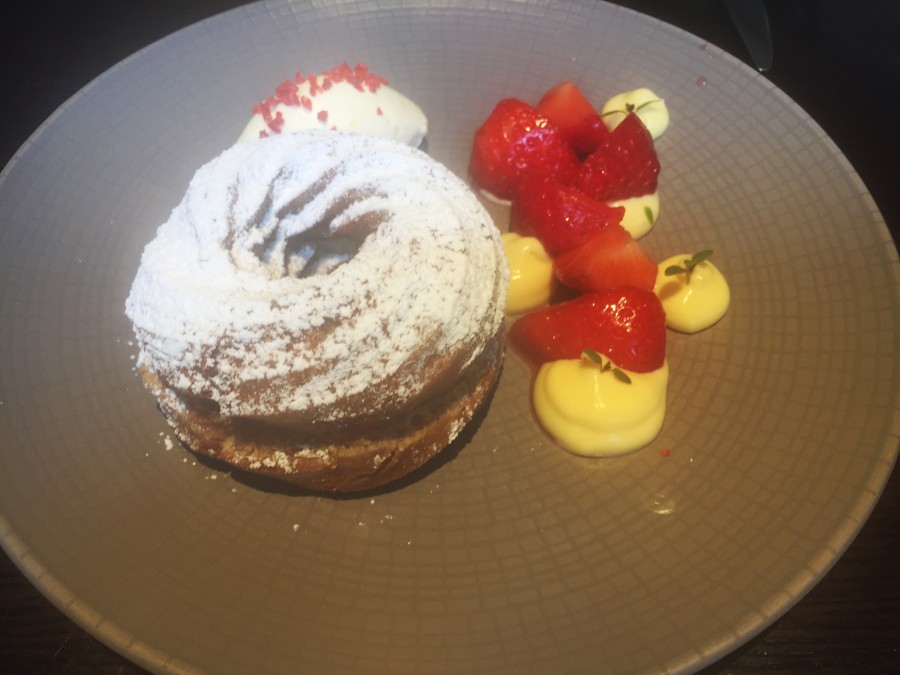 But more annoying than added charges for veg, bread and butter and supplements for some of the supposedly fixed price menu items, is the difficulty of finding your way in.  Considering the capacity of its large upstairs dining room, Tredwells’ biggest crime is an almost hidden front door which gives it the feeling of a speakeasy.  Worth the battle when, after quite possibly crashing the coffee shop next door as other guests have reported, you do make it inside, but leave it till evening if you want a bit of buzz on the menu.