It isn’t often you come across a half-timbered wardrobe, but the Indigo in Chester is keen to address every aspect of the town’s illustrious heritage. So extremely convincing mosaic-patterned carpeting throughout the corridors salute the Romans who put the place on the map, the half-timbering is a reminder of the wealth of Tudor buildings which are Chester’s great glory, while a waste-paper basket emblazoned with a feline face channels the Cheshire Cat. 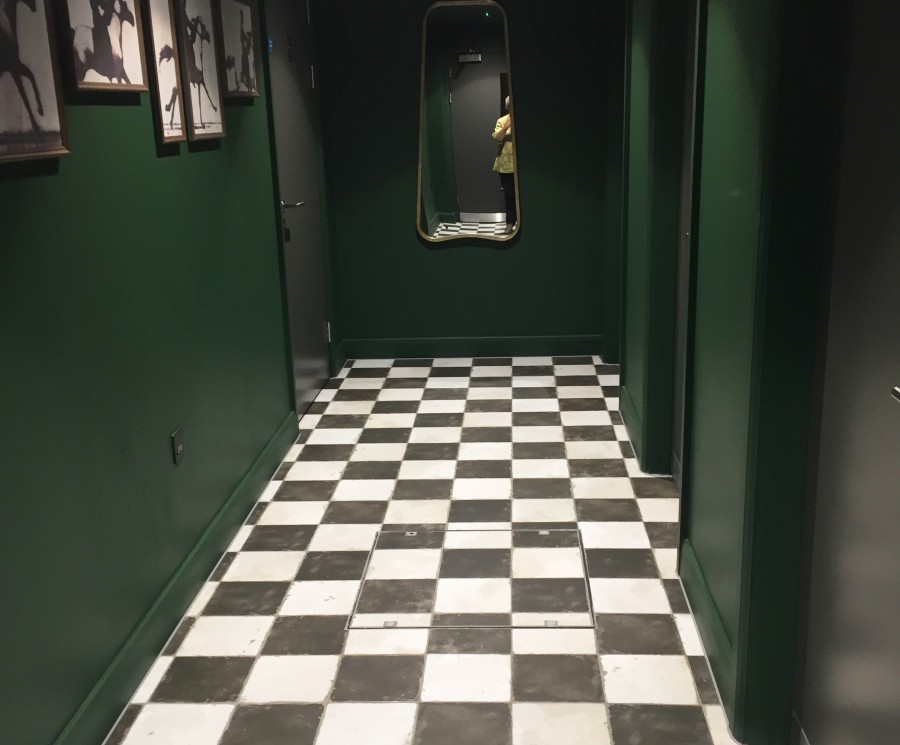 Architectural Layers, as our room decor theme has been designated by designers,  is one of three local inspirations for this new hotel aiming to relate intimately to its surroundings – other rooms pay homage to Chester’s famous Eastgate Clock, England’s most photographed after Big Ben or the city’s racecourse.

All this quirky, highly localised decor is designed to dress up an otherwise plain red brick box aimed at a stylish crowd attracted by one of the north-west’s liveliest restaurant and bar scenes.  Which is why the Indigo incorporates a dining destination of its own in Wood, the latest venture of former Masterchef winner Simon Wood. 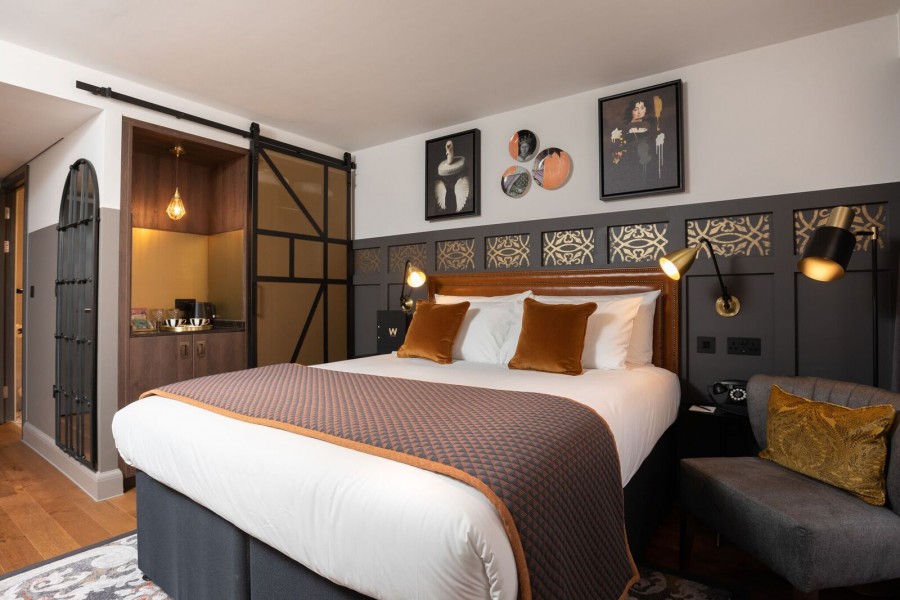 Room service by Wood, whose food is exceedingly good, is an enticement to those reluctant to leave particularly engaging and comfortable rooms.  Our King Deluxe was spacious enough to accommodate a chaise-longue at the foot of the four-poster bed, in pole position to watch the giant flat-screen TV and brew up in the in-room Nespresso machine.

The only irritation was that the TV follows you, at least in sound, into the kind of hedonistic bathroom where you long to luxuriate in silence in a deep, clawfoot tub with a rack dispensing soothing eye masks as well as Molton Brown bath oil.  Our walk-in shower rather awkwardly opened inwards, no doubt to avoid hitting the Victorian-style loo. 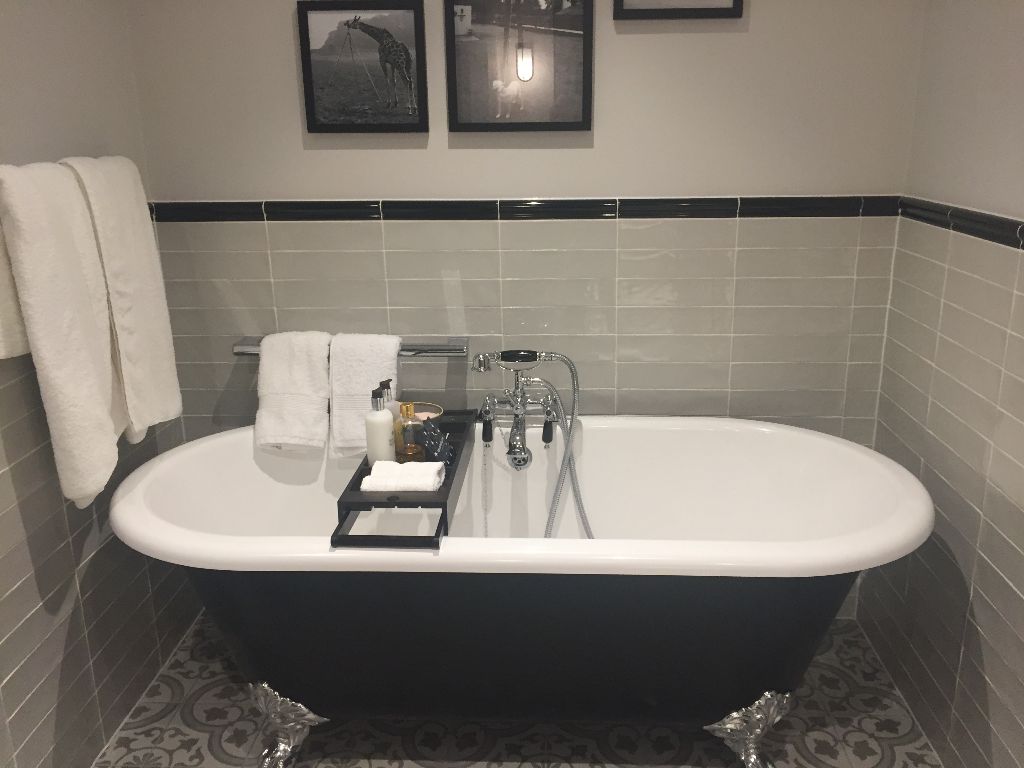 But no complaints about the lack of hooks all too common in hotel bathrooms – this one had engaging animal heads outside on which to hang our fluffy bathrobes in an inner hallway which added to the sense of space.   From the French doors in the bedroom we could have entertained dozens on a huge balcony overlooking the rooftops of Chester, one of three available attached to guest rooms.

While most of the ground floor is taken up by the restaurant and a large, lively bar serving an entire Espresso Martini selection, its own take on a Negroni and aged rib-eye steaks not often featured on a bar menu, special mention must be made of the lobby level loos, some of the most stylish ever encountered in a hotel.   Chequerboard tiles looking hundreds of years old must surely have been purpose-distressed by the designers to make a pleasing if slightly disorienting chessboard-like statement against bottle-green walls.

A rare hotel without its own parking, the Indigo has negotiated special rates with a car park an eight-minute walk away past the handsome Roman amphitheatre and city walls.  There is, however, a bay outside the hotel entrance for loading and unloading, and it’s an easy stroll into the historic city centre with its quirky shops, many with original Tudor frontages, and the fabulous Grosvenor mall, a modern shopping centre built on two floors behind beautiful magpie facades. 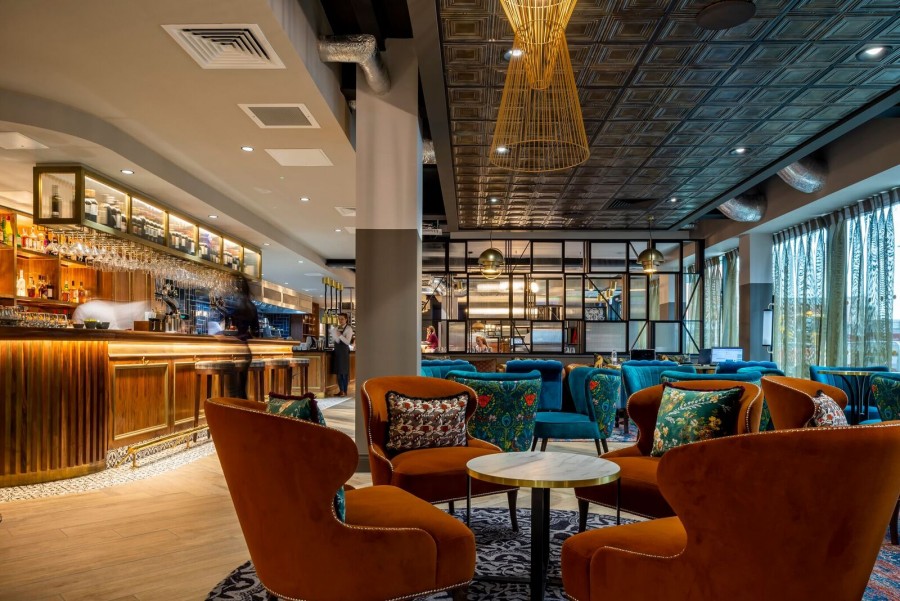 The first-floor colonnade is a delight to stroll, and at street level surely only in Chester would you see an invitation outside a Tudor-fronted cafe to “come inside and see our Roman ruins”.  Slightly surreal, as befits the county of Lewis Carroll’s birth – I could swear I saw the Cheshire Cat’s grin hovering faintly over the sign.

Click here for the very best rates for Indigo Chester