I’ve always been wary of going back to hotels and restaurants I’ve previously enjoyed because of the risk of finding that it no longer matched our expectations.

First impressions are often dusted with fairy magic – bright, exciting, wonderful. Second impressions often lead you to discover that the fairy princess is now one of the ugly sisters.

But we had no cause for concern. Our revisit to the Devonshire Arms in Wharfedale, North Yorkshire was every bit as pleasurable as last time. Consistency is the key to success in places like this, and I dithered a bit when I learned that not only was there a new general manager, but a new chef, too. How could they improve on what was already a pretty high standard?

Set by the river Wharfe, the Devonshire Arms has an air of aristocratic splendour, a commanding presence with a pedigree that is getting on for 300 years old, maybe more. The concierge and his staff dressed as ghillies doesn’t quite do it for me, a bit OTT, but that aside the intent to provide guests with the best of experiences was evident throughout our stay. 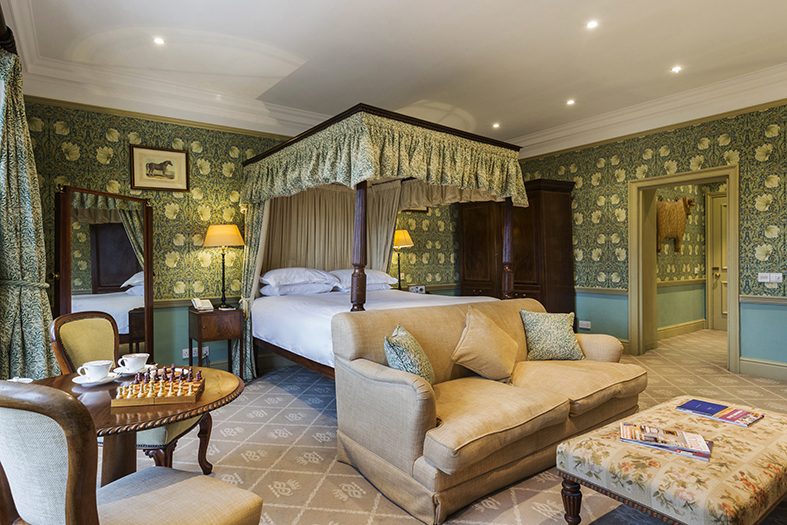 The original Devonshire Arms was built in the early 17th century, quite possibly around the time of the Commonwealth. Today, the hotel is part of the Duke and Duchess of Devonshire’s 30,000-acre Bolton Abbey Estate.

The immediate impression is of a country mansion timelessness. But there is a charming warren of nooks and crannies that turn into a residents’ lounge, the ‘Dog bar’ – underscoring the fact that this is very much a dog-friendly establishment – the Burlington fine-dining restaurant, and, if you wander far enough, the Brasserie, where less formal dining is available.

Hotel aside, I was keen to check out the fine dining restaurant now under the captaincy of Paul Leonard. He doesn’t know it, but our paths have crossed a few times. A couple of years ago we stayed at the Isle of Eriska Hotel, north of Oban, where he was head chef, and at the Samling in Ambleside, Cumbria, where he had been Senior Sous Chef. He’d also been a Sous Chef at the late Andrew Fairlie’s Gleneagles Restaurant, which we’ll be visiting later in 2019. Throw in the Pétrus in London’s Knightsbridge and you soon figure out that what is forthcoming is going to be the finest quality. 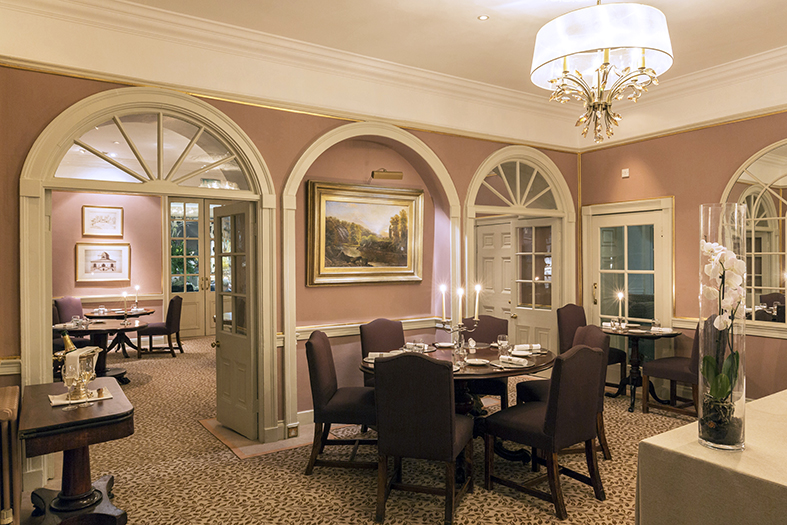 They say the Road to Hell is paved with good intentions. Well, that was the way our determination to avoid the 8-course Tasting Menu and stick with à la carte found itself heading. Thankfully, several of the à la carte dishes we wanted were also on the Tasting Menu, so we didn’t feel quite so bad about caving in. At £85 per head, it was, after all, good value for money. It is pleasing, too, to see that there is also a Vegetarian Tasting Menu, and I could have been tempted by that…but there was no meat in it!

To make matters worse – and it always does – we couldn’t resist the wine pairing either. The chance to taste so many different wines is impossible for me to resist. The ‘Classic’ wine flight hits you at £75 per person. But there is a ‘Premium’ wine flight at £115 per person, part of which I can’t help thinking included picking you up from the restaurant floor and tucking you up peacefully in bed. 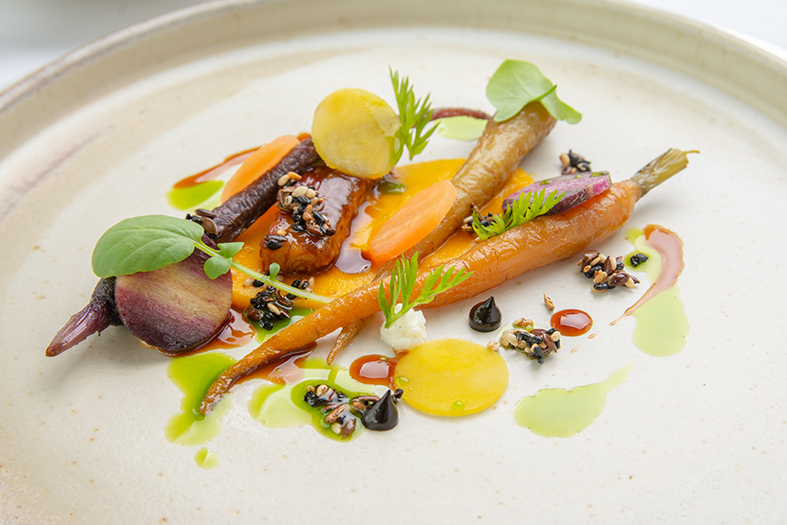 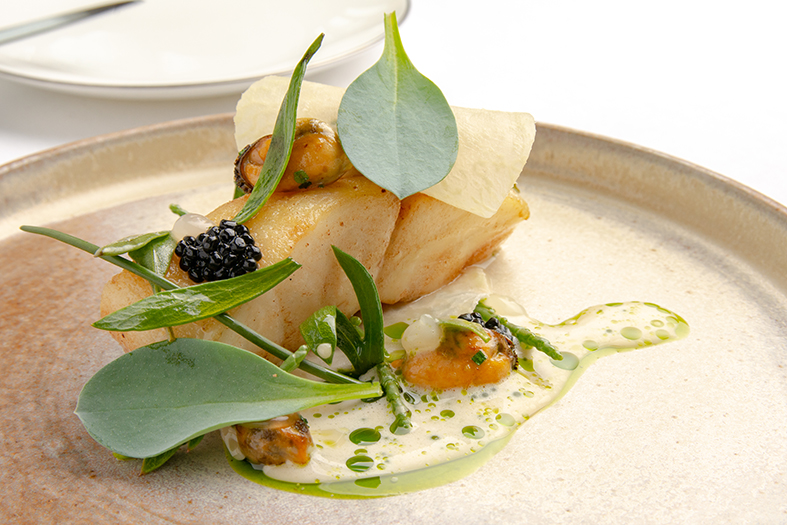 Following several excellent amuses bouches, we started tentatively with cured duck liver, rhubarb and ginger, paired with a refreshing 2015 Jurançon from the Laguilhon Domaine. The second course brought an interesting partnership of smoked eel, foraged herbs, Exmoor caviar and a curious Mayan gold potato, which to my fairly inexperienced palate tasted much like a Jersey Royal – and given that at the time of writing (July 2019) it is the season for Jersey Royals, I see that’s what is now on the menu. Paired with that was a fine 2007 viognier from New Zealand, a dry, highly aromatic wine that gives it the ability to sit well with many dishes.

My wife was dubious about the Hereford Beef tartare, kelp, hen’s yolk and brioche, but that’s just a raw beef thing, and taken with an outstanding 2013 Julienas (Domaine Chataignier-Durand), she made short work of it, and so we raced on. A South African chardonnay was offered with the wild turbot and mussels, which had nasturtium and Mousseron mushrooms to add colour.

There was nothing innocent about the Pinot Noir, Innocent bystander, Yarra Valley, Australia 2017 that sat alongside aged Yorkshire hogget and its summer vegetable salad, and another glass would have gone down well with the farmhouse cheeses (supplement £10.50) from the Courtyard Dairy. 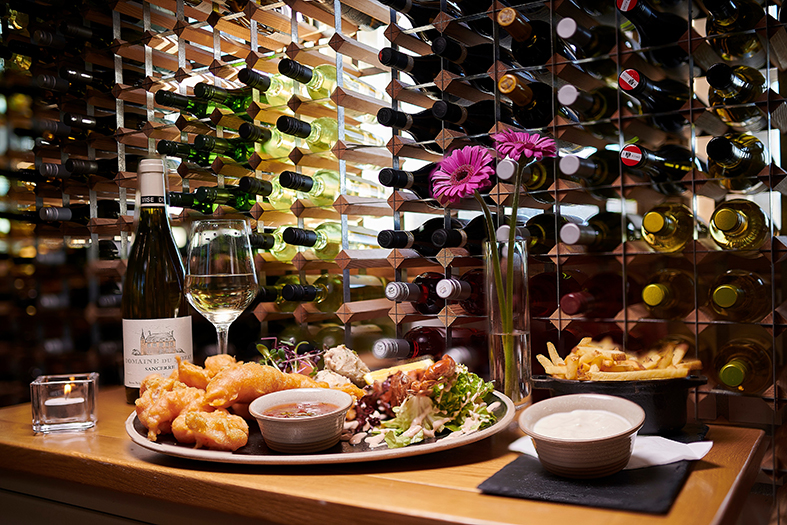 Sadly, I don’t remember the raspberry and lemon verbena dessert – that’s an age thing – but my wife has a picture of me eating it, so I must have had my mind on the Australian Botrytis Semillon that came with it and lasted deliciously long into the subsequent cherry, sweet woodruff and warm doughnut that came along later.

We were staying two nights, so on the second evening ate in the adjoining brasserie, a much less formal affair, but which has still managed to acquire its first AA rosette for its enterprising dishes that included pea and mint risotto, monkfish with Parma ham, cockles, samphire and lobster bisque, and a popular Nidderdale lamb rump. Its choice of wines, almost all priced below £50 was a far cry from those offered in the Burlington, which, in my opinion, are a tad on the high side. The Pétrus I saw two years ago for £4,400 has now gone up to £5,500, and you need strong arms just to lift the big-as-a-church-bible wine list. I’m not complaining; just dismayed that I have yet to find a friend who would treat me to Pétrus. 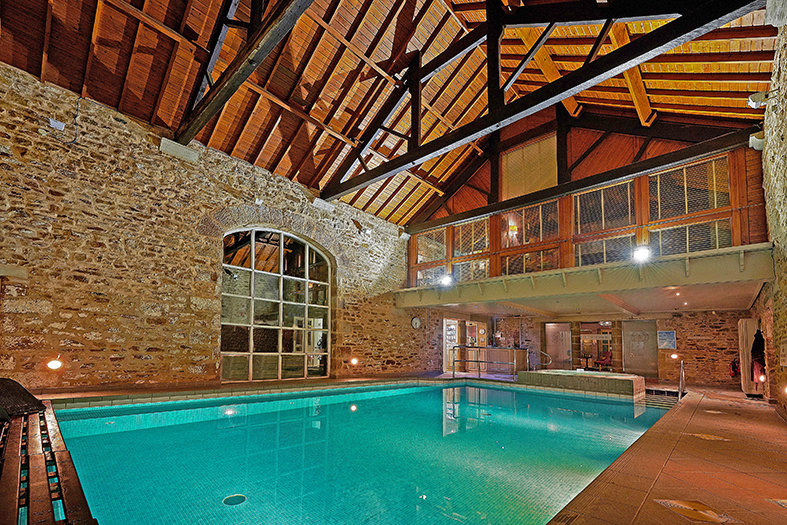 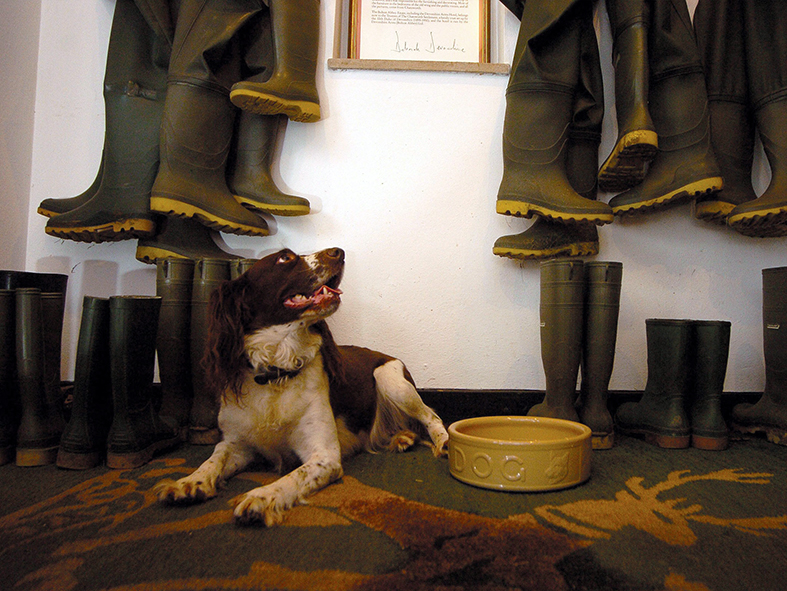 We had gone looking for a consistency that matched our last visit. Alas, I didn’t find it. But what I did find was supremely better on all fronts.

Tell Me More about The Devonshire Arms