Ski With The Weekend Warriors In Obergurgl

If you’re reading this then the chances are you’re a ski junkie. I had my first taste in Kitzbühel at the ripe old age of thirty-nine and I’ve been hooked ever since. But about thirteen years ago I found the perfect way to feed the habit which had cost me a divorce, a very expensive house, and thousands in lift passes and incidentals. How I hear you ask? I became a Ski Writer. After a life as a newspaper journalist, the transition wasn’t too hard. Furthermore, the terms and conditions were vastly superior. Hilaire Belloc put it best in The Mercy of Allah (1922): ‘The prospect of refreshment at the charges of another is an opportunity never to be neglected by men of clear commercial judgement’.

Instead of getting my adrenaline doses by being shot at, bombed, or disabused by maniacal editors, I took to the mountains and skied, usually followed by agreeable de-briefing sessions (aka après ski) in alpine lodging houses often of the ***** category. All in return for a thousand-odd words and some spiffy pictures. To coin that ghastly over-employed phrase…‘Not too shabby’. Now I am generously prepared to share some of the wisdom I’ve accrued to help my fellow addicts. 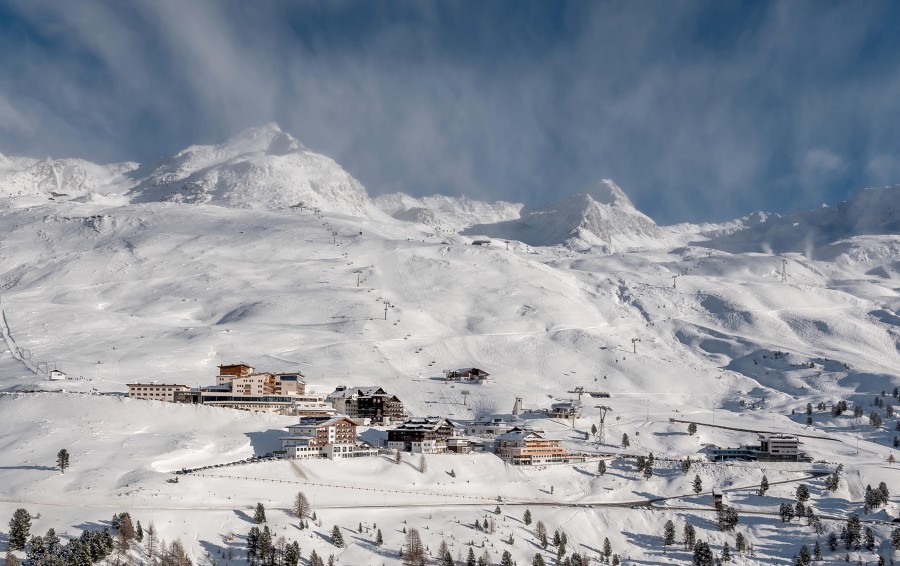 As an alternative to using precious holidays in weekly blocks at peak times, go for off-season weekends. The money saved can mean an extra trip with cheaper stress-free flights and hotels. A late Thursday flight after work, with arrival in resort that evening, leaves you ready to ski Friday, Saturday and Sunday, then back for work on the ‘red-eye’ flight Monday morning. I guarantee it will feel like a week. And you’ve only used one precious day of your holiday entitlement.

Pick a resort close to an airport with suitable cheap flights. Obergurgl in the Austrian Tirol, under an hour and a half from Innsbruck airport, fits the bill perfectly. It’s cheaper than nearby Big Brother Sölden, has ski-in-ski-out digs, an excellent lift system, snow-sure altitude from 1,930m to an ear-popping glacial 3,080m, with a winter season that lasts from mid-November until early May, and, with neighbour Hochgurgl, 112kms of pistes. Stay for a week and you’d probably get bored, but for three days it’s perfect. I tried it and here’s what I found.

The village lies at the head of the Ötztal valley round an early C18th church. Predominant accents are German but it’s popular with loyal Brits too. Don’t expect the après-madness of Mayrhofen or Ischgl, most post-piste winding down occurs around comfy sofas and a roaring fire. 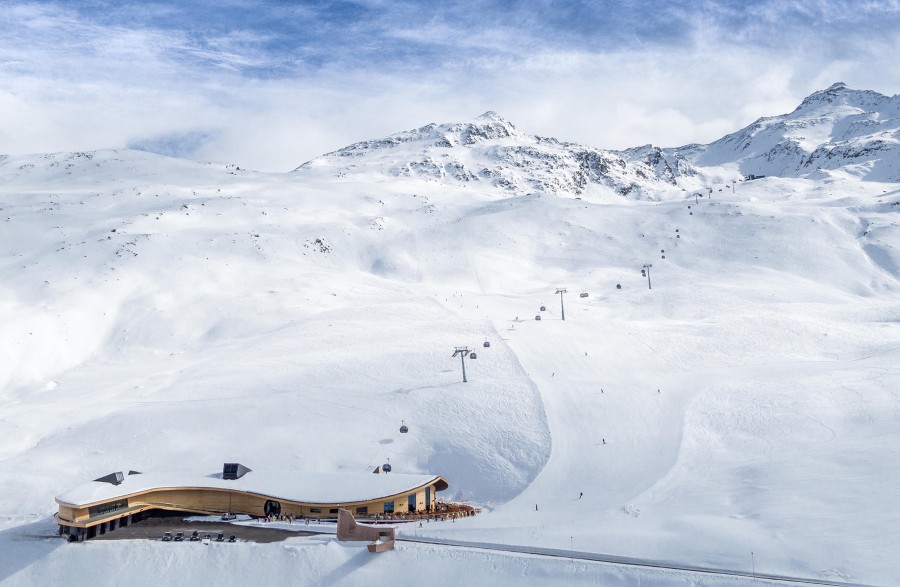 Now let’s get down to the junkie-business. My equipment hire needs were met at the excellent Sport Scheiber (ask for Rudi) then straight on the Rosskarbahn chair from the village centre to the 3,038m summit of Festkogl where there’s a choice of blues, reds and red/ blacks. Next up the Hohe Mut Bahn gondola (don’t get off halfway) to 2,653m and my 11.00 obligatory hot choc stop at the restaurant with views across the ridge to Italy. While I sipped my heiße Schokolade Ohne Sahne (I prefer it without squirty cream) I considered this:  not very far from where I was sitting the mummified body of a 45-year-old man, later named Ötzi the Iceman, was discovered by walkers in 1991 on the Schnalstal/Val Senales Valley glacier. Over 5,300 years ago, Ötzi was murdered and preserved naturally in the ice. No piste patrol or helicopters to rescue him then.  Poor Ötzi. 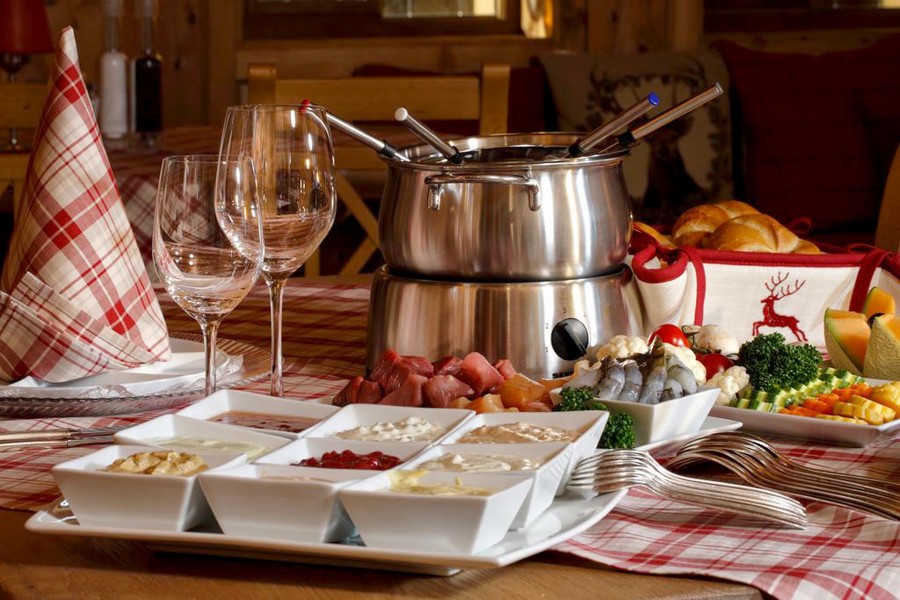 Obergurgl explored I had the Hochgurgl sector to look forward to the next day, so time to eat. Mention the dreaded word fondue to me and, as a non-cheese eating Pollo-Pescetarian (you look it up) I anticipated problems menu-wise. Not so at the **** Hotel Enzian run by the delightful Familie Santer. Their fondues are Chinese-style. Not a whiff, chunk, slice, or wedge of Emmentaler, Gruyère, Appenzeller, Tilsit, Cambozola, Fontina, Mozzarella or farmstead cheese in sight. Into two sizzling saucepans, one of chicken stock, the other oil, a variety of meats and raw veg are cooked on skewers. I hogged (wrong word considering my dietary taste) the prawns and chicken with dips and sauces to taste. When the hogged prawns ran out Herr Santer brought more. The scrumptious spread ended with bowls of steaming broth, leavings from the chicken stock mixed with sherry. To round off the evening, cocktails in the Elk Bar of the nearby Bergwelt Hotel, all leather sofas and crackling log fire, presided over by the Santa-bearded Olly who created a Dirty Dry Vodka Martini for me which came close, very close, to being the best I’ve ever tasted. Thanks, Olly.

Hoch is umbilical linked to Ober by the fast Top Express gondola with welcoming, open, and extensive slopes. I started with a blast down from the top of the two-stage Kirchenkarbahn gondola at 2,839m, with sweeping views; Ober up the valley, Sölden down with its 007 Spectre Elements Centre twinkling in the sun. The sun. Oh, the sun! It was out, the snow perfectly corduroyed, and the long, wide red was joyful. With nobody around, huge, fast carving turns were possible. Then up the Wormkogl to the iconic Top Mountain Star restaurant at 3,082m. and a cup of you-know-what (still no squirty cream thank you very much). Plus, purely to top up blood sugar levels, a two-way share of chocolate fondant. My guide Marc told me how the windows of the place blew in one very, very stormy night spewing bottles and debris halfway down the mountain.

Next, the discovery of the day: off to the extreme left under the lift we found pisted but unskiied snow and did short-turns, whooping and laughing all the way, with legs going to jelly but grinning like Cheshire cats. Late lunch had been booked at the Top Mountain Crosspoint – catchy name for a restaurant? All to be revealed after a piping hot bowl of tagliatelle and salmon at a sunny table on the terrace. 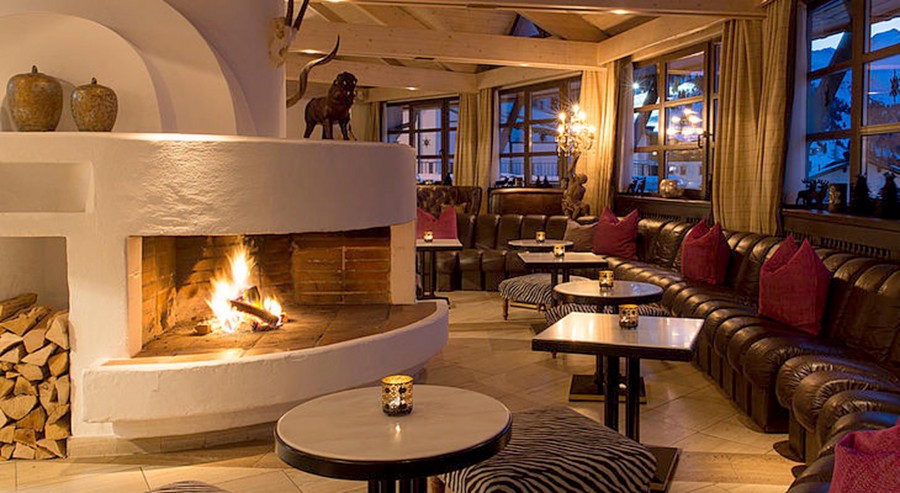 It’s fair to say that the Scheiber family are the Ötztal valley. They own hotels, sports shops, restaurants, you name it. Not content with that little portfolio, twins Attila and Alban Scheiber decided to build Crosspoint, a combined Motorcycle Museum, gondola terminal, road toll station and restaurant. Attila showed me around. Where did the idea come from?   “The road you see leads over the Timmelsjoch 2,509 m high alpine pass to Italy, open only during summer months, but absolutely perfect for bike riders and car drivers wanting a real driving experience, with thirty hairpins bends. My dad Angelus Scheiber negotiated the rights to it in the ‘50s and so we own the only private toll road in Austria” smiled Attila. No wonder he’s smiling. At €24 return, the tolls are the gift that keeps on giving. Add a world-class motorcycle museum, high-end restaurant and gondola, and there’s only one word to sum it up…Kerching! 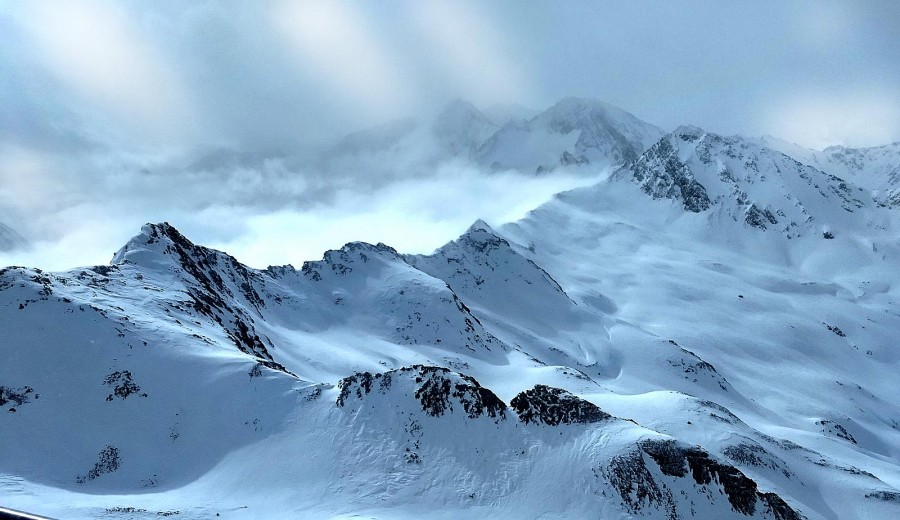 The museum is a wonderland of machinery, all beautifully restored and presented. The Bike-of-Bikes for me had to be UY4993, a 1929 Brough Superior SS100 Alpine Grand Sports T.E. Lawrence of Arabia’s machine of choice, bought in 2014 for £315,000. Peanuts for the likes of Attila.

I had plenty to recall as I boarded the sleepy-eyes flight back to reality on the Monday morning, as a fully tried and tested Wochenendkrieger.

Tell Me More About Obergurgl And Hochgurgl

‎Airlines flying into Innsbruck from the UK: Ryanair, EasyJet, British Airways, and Lufthansa