‘Dublin can be heaven, with coffee at eleven and a stroll in Stephens Green’ ….a famous Irish song goes and there’s no better spot to begin that gentle stroll, passing Georgian-era Dublin than from the Sandymount Hotel situated in the gracious leafy district of Dublin 4.

Occupying eight Victorian Houses, each representing a fascinating chunk of Dublin’s history   Sandymount Hotel on prestigious Herbert Road is a rarity these days – a traditional family operated hotel and one of the very few left in the capital – renowned for its personal touch. Repeat guests are welcomed here like old friends whilst the hotel has the usual facilities we also expect of hotel chains.

According to Ireland’s tourism research visitors from abroad cite the friendliness of the Irish as the biggest ingredient for enjoying their stay. The Emerald Isle’s uncertain weather is hardly an enticement while Dublin ranks among one of the most expensive cities in Europe. In their favour the Irish claim the patent on ‘craic’. Genuine hospitality and great experiences are the norms rather than a bonus. 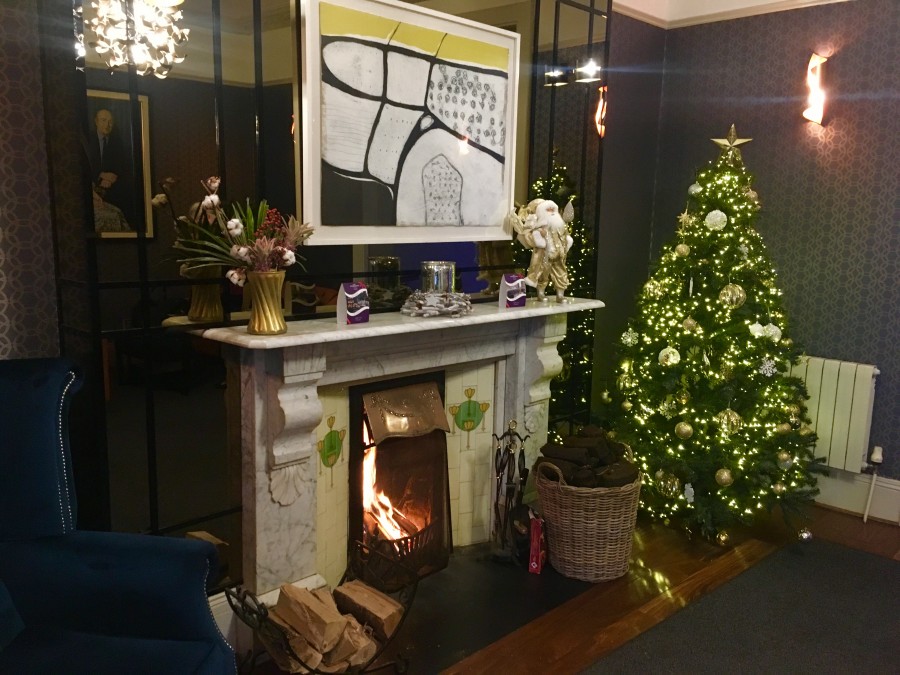 The 190 bedroom four star Sandymount Hotel was founded in 1955 by George and Rosaleen Loughran from humble beginnings as a guest house.  My childhood excitement, arriving there in the late 1960s is rekindled recently as soon as I cross the threshold.

Having Sunday lunch in those more austere days at a hotel was a rare treat for country kids like us and to stay in a one and enjoy the novelty of our own ‘portable’ black and white TV, en-suite showers and be served a big breakfast at tables with lovely place settings was pure glamour.

My family’s annual excursion to the iconic Spring Fair at the nearby Royal Dublin Society’s showgrounds – a great meeting of the farming community, north and south where horses, ponies and livestock ruled supreme – was a highlight of our year.

My father would not hear of staying anywhere except at the Sandymount Hotel (originally called the Mount Herbert hotel) The hotel was the ideal springboard for our outings to the Spring Show, Ireland’s leading family entertainment spectacle for the rural classes. Naturally, I wanted to be the splendidly turned out girl showing her pony to the bowler-hatted judges who would festoon us with rosettes or the grown-up beauty, resplendent in a special costume elegantly cantering side saddle around the parade rings.  But we all have dreams and mine did have a lucky finale as a young newspaper reporter, dispatched to the Dublin Spring show in search of interesting stories in adulthood afterwards. 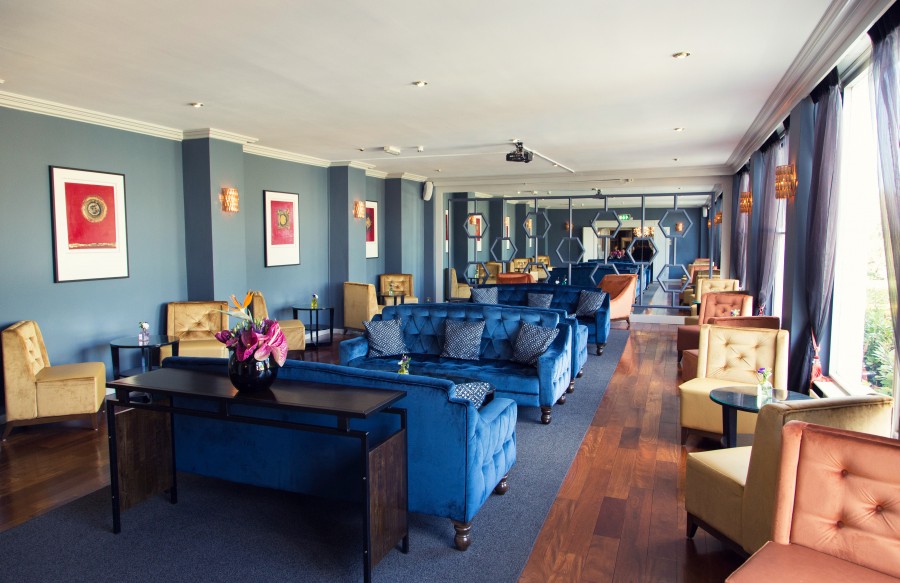 The second generation of his family to take over the running of the Sandymount hotel John Loughran recalls the old days when country people would arrive from all over Ireland expecting their rooms to be available year on year with only a verbal “you’ll have that room for me again next year” as a guarantee.  “My late mother Rosaleen was a walking reservations department, she remembered everyone and their bookings were all in her head”, he laughs.

“We look upon our hotel as a home away from home and that’s always been our strength, the hotel has undergone many renovations and upgrades, we have conference rooms, a business centre and a large restaurant as well as a busy bar serving food until late; but personal attention has not been lost and repeat guests tell us they value that friendliness and sense of belonging”, adds John. He introduces me to his son Gerard, the third generation, busy helping a new arrival with their bags whilst chatting with the staff who hail from at least a dozen countries around the world. 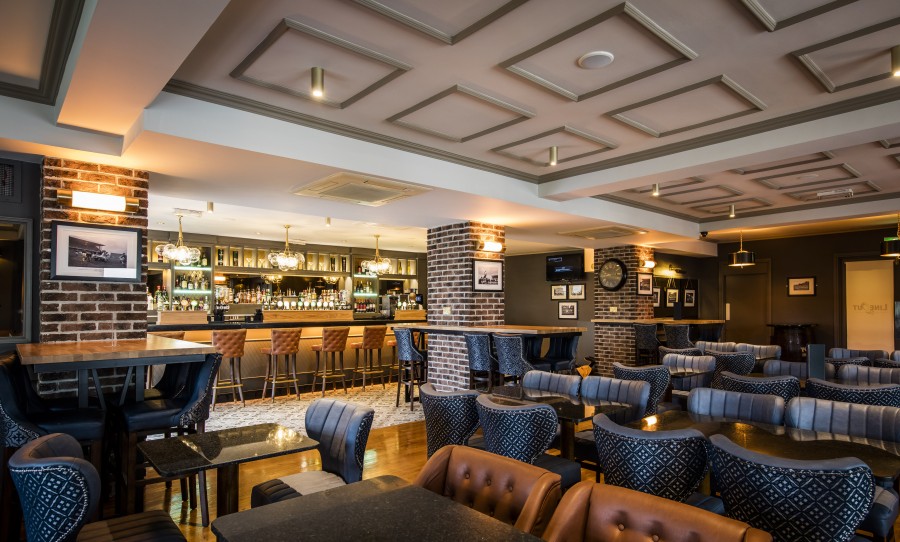 Winner of Europe’s leading Green Hotel in 2017 Sandymount Hotel has retained the top accolade for the second year running at the prestigious World Travel Awards. The hotel beat off competition from some of the world’s most renowned hotels and resorts, including ICE Hotel in Sweden and Hotel Metropole Monte-Carlo in Cannes, positioning the hotel as a ‘green’ leader in an elite category of environmentally friendly hotels worldwide.

In 2013 Sandymount Hotel took an eco-friendly and sustainable approach to achieve a greener, cleaner hotel by reducing both energy and water consumption. Since then a range of recycling and energy reduction measures have been introduced. So if your taps take that bit longer to dispense water, your shower is slower becoming hot whilst the hair dryer remains on lower strength you now know why. 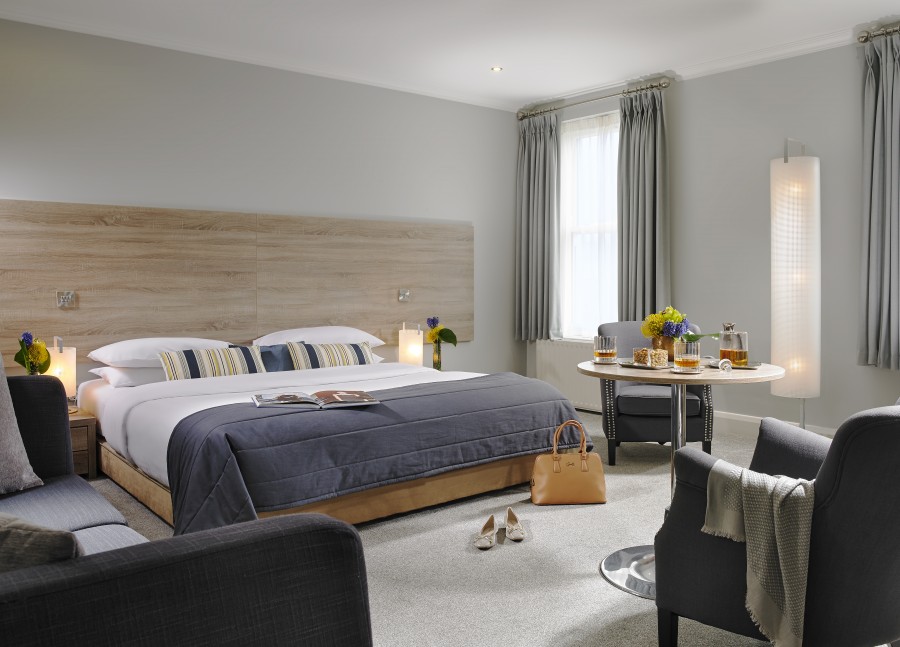 My spacious calm room in shades of grey, cream and lemon is reached via a warren of narrow corridors and stairs. With little sense of direction anyway I get lost at least a dozen times but in fairness, there are lots of signs that when followed correctly are foolproof. The hotel is sited on an old distillery, originally owned by the Haigh family from Scotland which operated from 1769 for nearly a century. It reputedly went out of business after a dispute about paying excise taxes. The houses in which the hotel is located were constructed in 1866 with bricks from the old distillery.

The extensive buffet breakfast at the Sandymount, including lots of gluten free options and hot and cold dishes is served in the restaurant which has an outdoor terrace onto the garden.

With many great neighbourhood dining options, the Sandymount Hotel’s Line Out Bar does its best to rise to the challenge, serving starters like luxury seafood chowder, artichoke goats cheese and pesto tart (which my companion enjoyed) and my tiger prawns, served on marinated beetroot. For mains, I opted for lamb chops which were small and rather meagre portion wise by Irish standards but fine by me as I had earlier eaten lunch. The 10 oz sirloin steak was almost the size of the dinner plate and would satisfy any dedicated carnivore. A casual spot, the Line Out is good value and stays open late, offering in-room dining with hamburgers and pizzas also on offer. 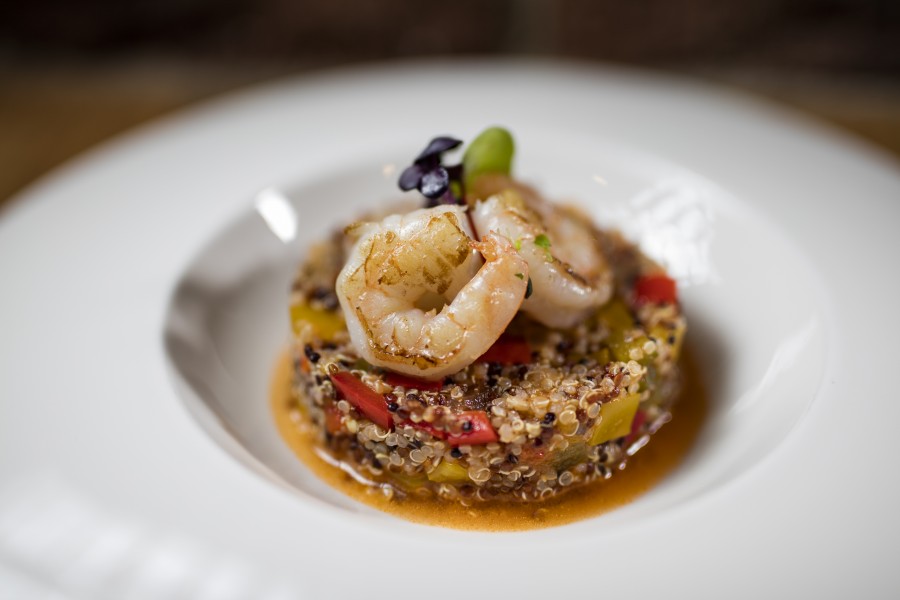 Apart from its friendly cosy atmosphere, this hotel’s big advantage is one of location, a couple of minutes away from the at Dart (local rail station) The Aviva stadium, headquarters of Irish Rugby and some of the biggest international music concerts is a minute or two away. Life hots up to fever pitch on match days and the hotel erects a marquee in the forecourt with corporate events indoors. You won’t get a room for love or money during the rugby fixtures. In deference to its near neighbour, the Sandymount commissioned a huge bronze sculpture out front depicting Irish rugby saints of yore.

A ten- minute stroll from the hotel takes you into Sandymount and its bracing seafront promenade beyond.  The birthplace of WB Yeats and where both James Joyce and Seamus Heaney once lived the village reflects Dublin’s cultural and literary heritage and you’ll find cosy pubs and coffee shops aplenty.

There are many guidebooks, online and in print about Dublin –  detailing the capitol’s interesting museums, walking trails, shopping, bars, parks and other attractions. 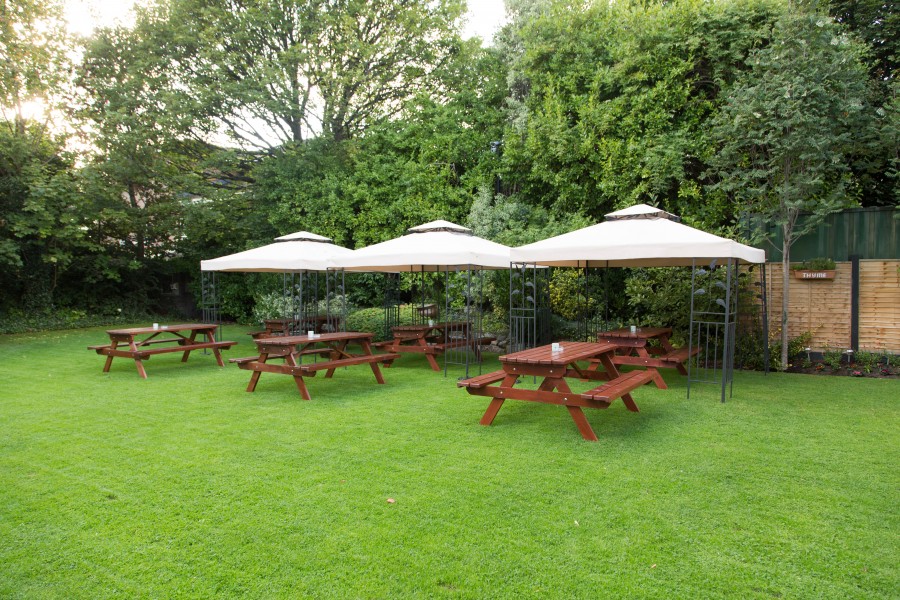 Sandymount hotel is on the doorstep of one unmissable experience, regardless of the weather. Hop on the commuter train ‘The Dart’ and for under €10 you can have one of the most beautiful urban rail journeys anywhere. Travel south and you pass Dun Laoghaire Harbour, Dalkey Island and Killiney Bay. The train snakes around the coast and through tunnels with incredible views of Dublin Bay.

Go North and the Dart takes you across the town and over the Liffey to Howth, whose working harbour delivers daily fresh seafood to pier-side restaurants and there’s a fine steep hill to work off that food and drink whilst admiring outstanding views of Dublin’s Great South Wall and Lambay Island beyond.

Tell me more about Sandymount Hotel