Insider guide to Sydney in winter

It’s 5.30pm, night is falling, Earth Wind and Fire are boogying on down and I’m busting moves on an illuminated 70s disco dance floor atop Sydney Harbour Bridge. This might sound insane but believe me, it’s a welcome and unexpected finale to my bridge climb.

And all thanks to Vivid.

Vivid Sydney, now in its 10th year, brings light and sound to Sydney’s harbour area to help boost visitor ratings to the city during the winter. For 23 nights between May and June, the world’s largest festival of light, music and imagination comes to town. From moving pictures projected onto the sails of the opera house to imaginative illuminated works of art through the Royal Botanical Gardens, it’s a nightly feast of colour.

Up here on the bridge top, as Vivid switches on for the night, I see it stretching out across the city below.  Custom-made lasers under my feet shoot out across the night sky  It is breathless stuff made all the more breathless from my bird’s eye perch.

Over two million visitors are expected to experience Vivid, so it seems to have done the job in stimulating Sydney’s winter visitor numbers. But what else does Sydney offer out of season in the winter months? The answer is it offers plenty. With daytime winter temperatures averaging highs of 18c and lows of 10c it’s a typical summer for many Europeans. Just expect most Sydneysiders to be dressed in warm coats and huddled around restaurant outdoor heaters. 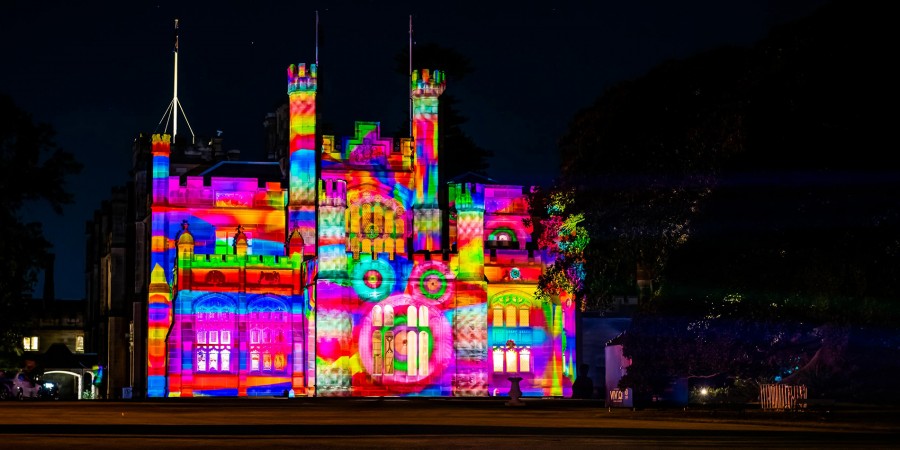 With Vivid a night event, here are some pointers on what to get up to in Sydney before Vivid lights you up.

Many of Sydney’s former working-class neighbourhoods have become trendy hotspots for emerging artists, designers, outstanding chefs and in Newtown in particular, great live music venues. Chippendale is a perfect example. This once notorious district, together with its close neighbour Redfern, has rocketed in popularity with real estate prices rocketing too. 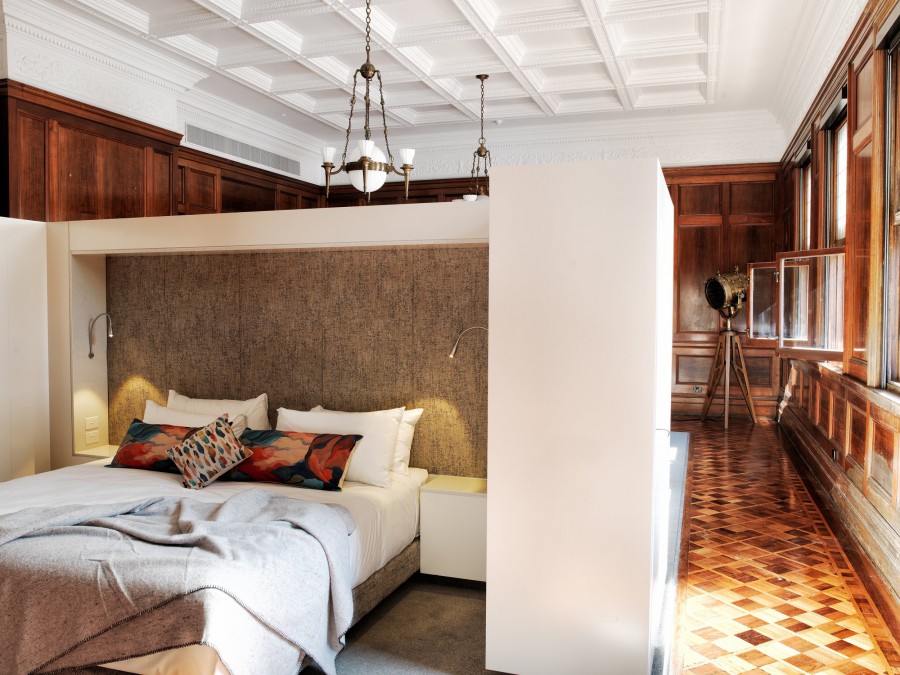 One of the first people to recognise this potential was Singapore hotelier Loh Lik Peng who finds heritage properties to transform into luxury hotels. Look at The Old Clare Hotel from Kensington Street and you might avoid it like the plague. Just another run down old pub. (Actually, it’s two heritage buildings; the former administrative office of the Carlton & United brewery and the old pub).  But take wander inside and another world awaits. An extraordinary hotel that blends original features of the old buildings with a contemporary interior design.

The small laneway behind the hotel has been dubbed spice alley, a homage to the various Asian street vendors crammed in there offering excellent authentic food. The laneway is also home to some delightful Victorian terraced houses whose walls are canvasses for Scott Marsh and Shepherd Fairey murals. 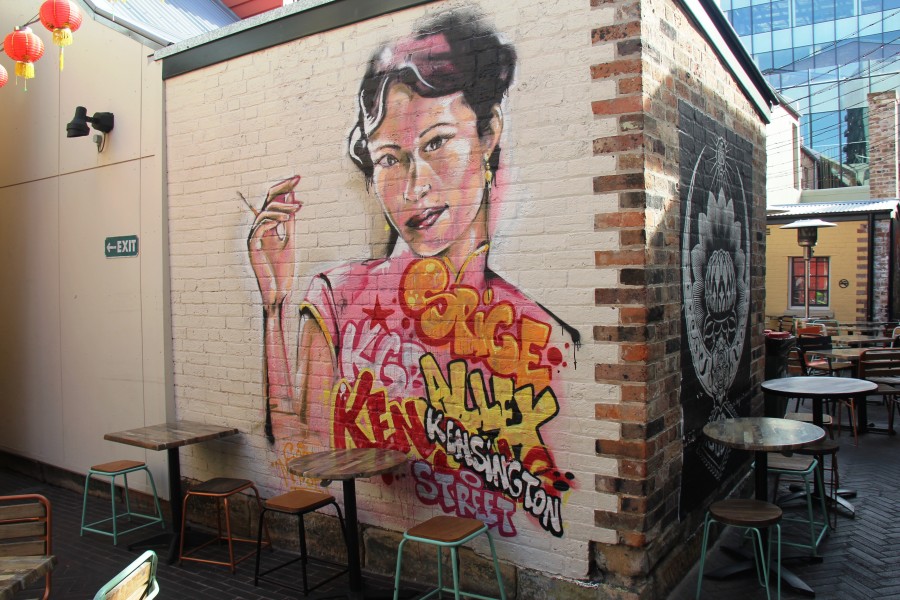 Just a block along in Balfour Street is White Rabbit Gallery. Founded by multi-millionaire philanthropist recluse Judith Neilson, the White Rabbit Collection is one of the world’s largest collections of contemporary Chinese art. Neilson’s home Indigo Slam, some might call it a work of art in itself, is tucked away on the next street.

We’re on our way over to Redfern now but stop for a coffee and home-baked cake at the Brickfields Cafe and Bakery. Also, keep a lookout for some more giant mural art. There is one that stands out for me. It’s a portrait of Naomi Mayers, one of the original Sapphires, the Aboriginal girl trio immortalised in the stage play and movie. Naomi is still a leading light in helping Australia’s indigenous population and co-founded the Aboriginal Medical Service in Redfern. 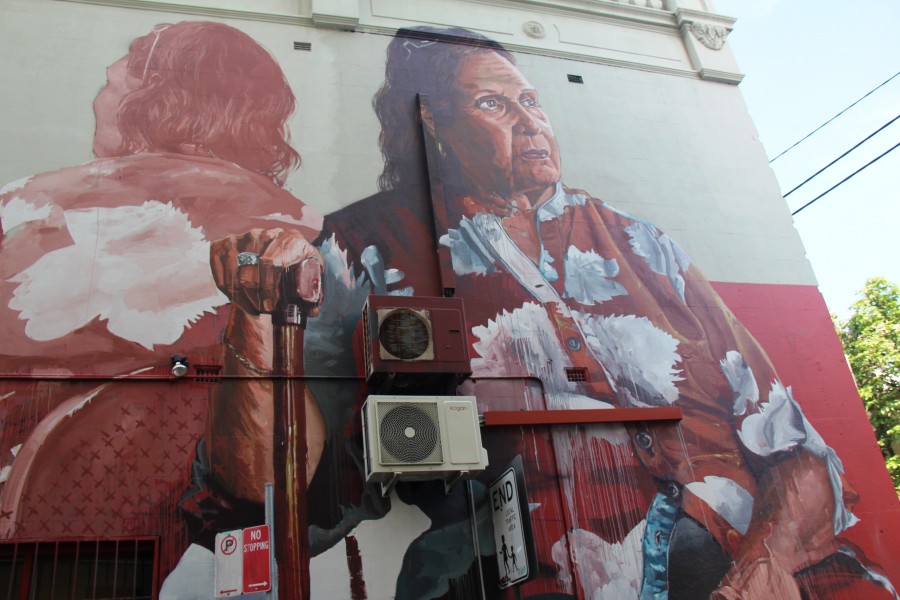 Redfern is still a sensitive subject in Sydney. It was considered to be the heart of Sydney’s indigenous community and Elders still meet there on its sacred ground.  But many of the charming Victorian terraced houses that line the leafy streets are being snapped up by design agencies and wealthy young business people. Take a stroll along Abercrombie Street and check out all the trendy cafes. Ella’s is a local favourite. 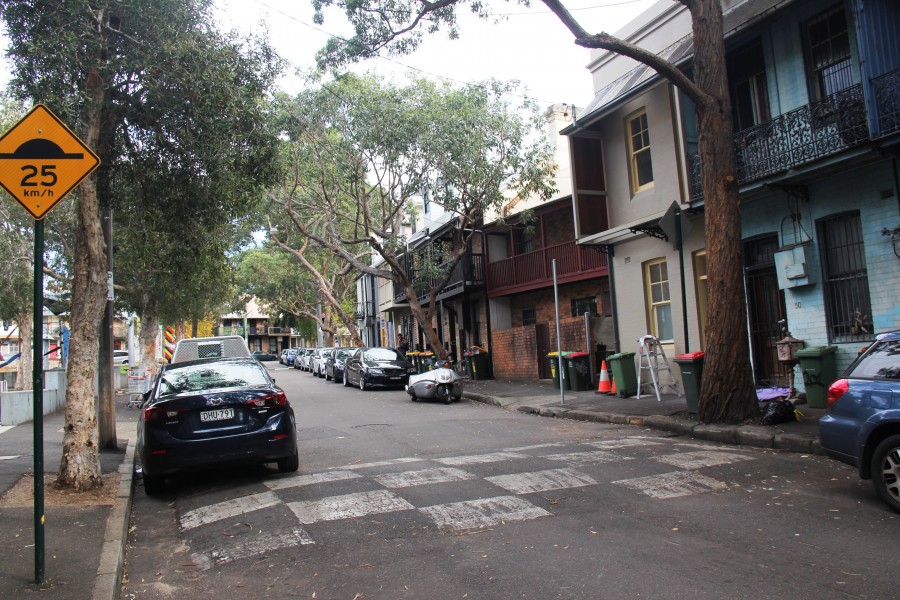 Whatever you do, not miss Seasonal Concepts on Redfern Street, a store packed full of curious and eccentric 19th-century items from floor to ceiling. Besides the ‘oldware,’ the stacks of flowers and gifts just add to the mayhem. 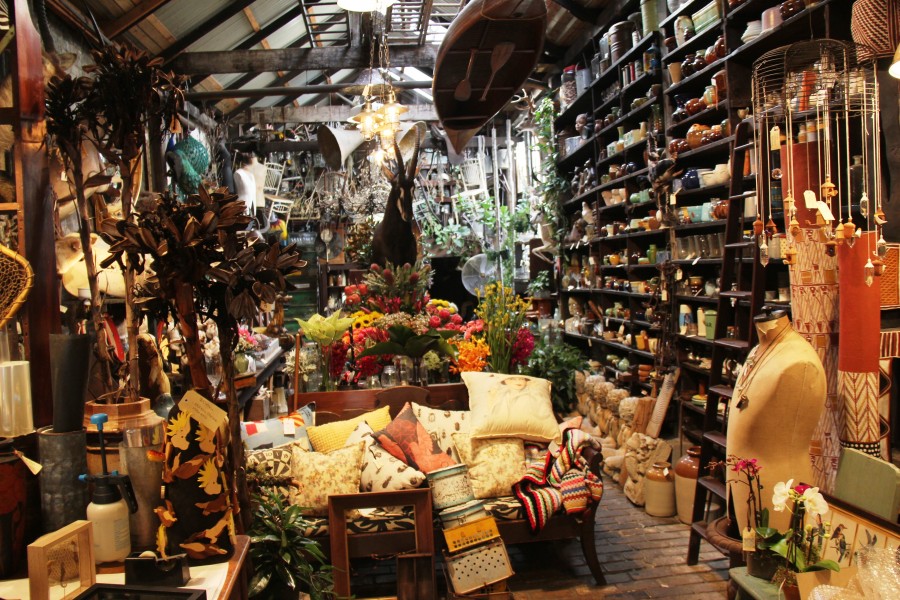 For a delightful way of seeing Sydney’s neighbourhoods like a local, Culture Scouts offer 2-3 hour guided tours of Chippendale and Redfern by experienced guides who really know how to tell a story.

Sydney’s latest waterfront park may have taken over a century to arrive, but after years of industrialisation, this once beautiful promontory shoreline has been restored to its former self. Named after a powerful woman who was once a leading tribal figure there, it remains a very special place for the Gadigal nation. 75,000 native trees and shrubs have been reintroduced along with over 10,000 sandstone blocks taken from the original Barangaroo quarry. 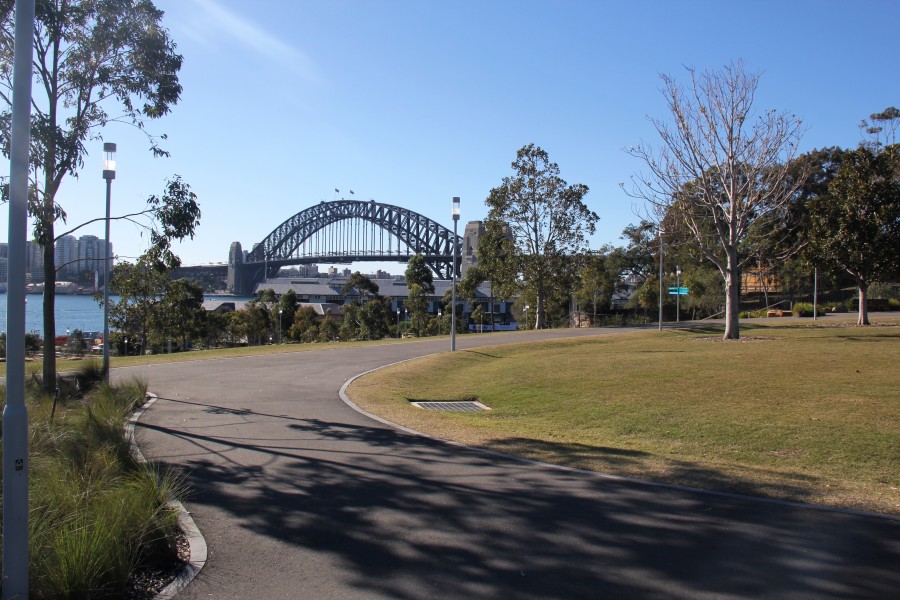 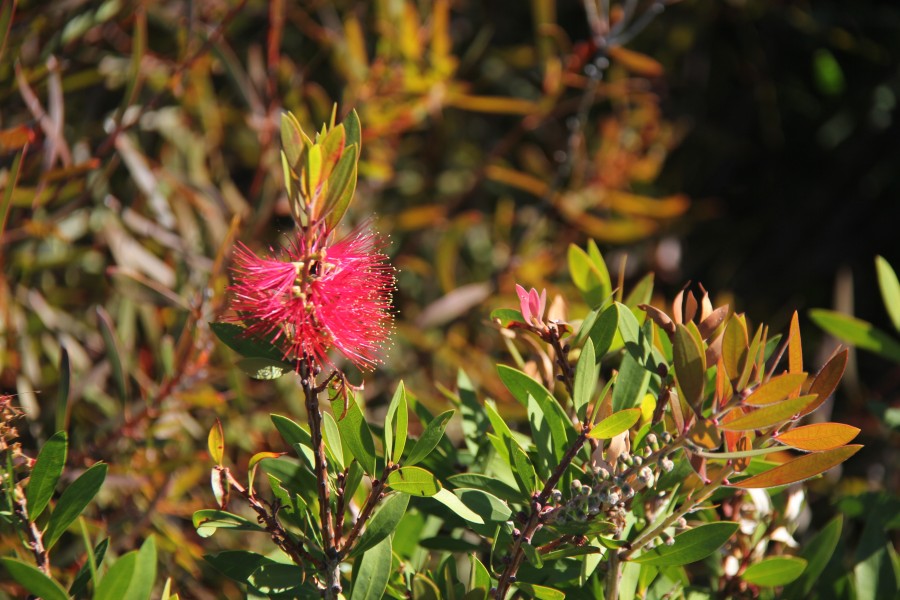 Make no mistake, this is a remarkable place and you can learn about the world’s oldest living culture and Barangaroo’s rich cultural history through taking a tour with one of Barangaroo’s Aboriginal Visitor Services Guides. Mary, my guide, explains the importance of the shrubs to clan members. “When they flower it gives us indicators; what fish to expect in the harbour or when the whales are about to migrate. They’re also a source of medicines and food too.” She points to a Daniela plant, “10 times healthier than a blueberry.” 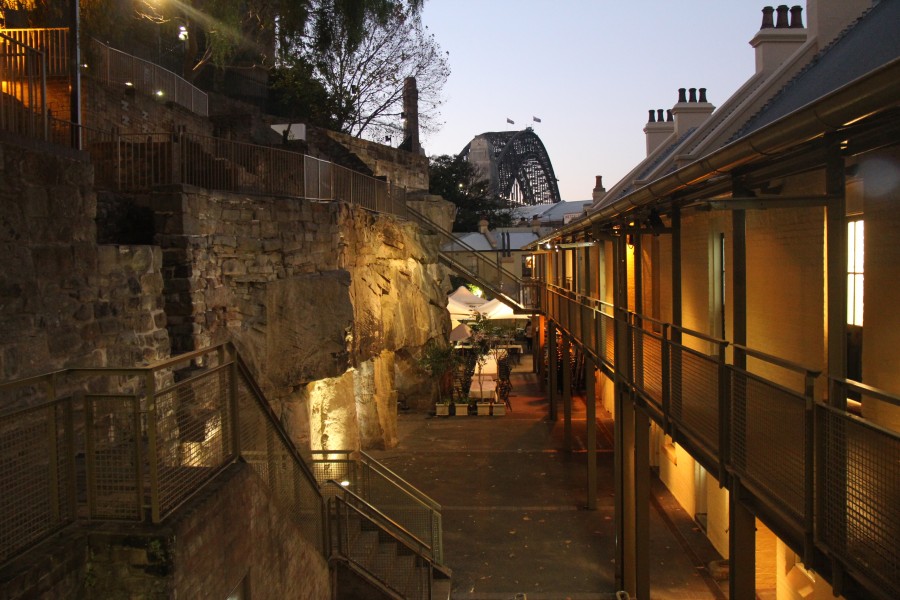 The Rocks is Sydney’s best-preserved patch of history. It’s easy to imagine the sailors and shady characters that frequented these narrow laneways, cobbled alleys and 19th-century pubs. It is touristy, but nevertheless, it is an authentic window into Australia’s very existence. Michael at Rocks Walking Tours is an entertaining host who manages to pick out more than a few hidden jewels. There’s also a fun and riotous pub crawl around The Rocks’ many colourful pubs courtesy of Dave’s Brewery Tours. Non-alcoholic drinks are also included.

A Day in the Royal National Park

One of the pleasures of Sydney is its proximity to some excellent sights just an hour or so drive out of the city. The Royal National Park is Australia’s oldest National Park a 90-minute drive south past Botany Bay. 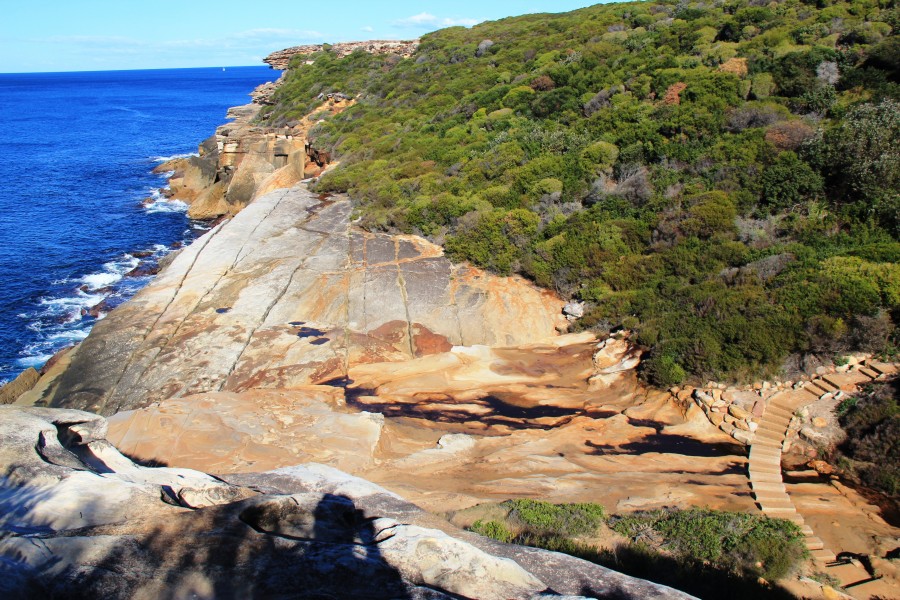 The park contains some magnificent sweeping ocean walks across craggy sandstone cliffs, dense rainforest and more indigenous bush than you can shake a didgeridoo at. Splendour Tailored Tours and their guide Dan picked me up at the hotel and gave me a thrilling day in the park. We drove part of the stunning Grand Pacific Drive crossing Sea Cliff Bridge along the route. The way it swept out from the cliff face over the ocean is a true engineering marvel. We took a hike along Bundeena and spotted pods of Humpback Whales just off the coast. Even had time amongst all this excitement for a tasty pub lunch looking at ocean views from the gardens at the famous Scarborough Hotel.

Back on solid ground after my bridge clImb I stroll around Vivid watching a giant cartoon of Snugglepot and Cuddlepie emblazoned across the facade of the old Customs House, I thought to myself, Sydney in Winter is a pretty cool place to be.

Tell me more about Sydney in Winter

The Sydney Bridgeclimb lasts between 2.5 and 3 hours and is available for day or night climbs from A$160.

Singapore Airlines   operates 4 daily flights between London and Singapore for onward connections to Australia and 5 weekly flights from Manchester to both Singapore and Houston and beyond. On the London to Singapore route, brand new A380s are now flying, also with all new cabin interiors and seating on board. Fares start from London £760pp (economy) £2030 (premium economy) and from Manchester £730pp (economy) £2080 (premium economy)

Splendour is a VIP tour company passionate about unexpected and completely tailored tour experiences. They can show you all the Sydney icons and then take you off the beaten tourist path to connect you to something truly special.

Entry level price for a public tour is $95.00 pp. Public tours operate from Thursdays to Saturdays 10am – 1pm.