One of the world’s biggest winter festivals is drawing nearer as Iceland hosts third Winter Games early this year.  Based in Akureyri, Iceland’s second city and the gateway to Iceland’s north and the country’s major skiing centre, the Iceland Winter Games draws in some of the biggest names in winter sports and showcases events unique to this rugged landscape.

The Iceland Winter Games began in 2014 as a single free skiing competition, however this year, there will be over 60 events listed,.The two main events are the AFP Gold free ski competition and the IWG open snowboard competition, which have already attracted some of the biggest names in winter sports including Henrik Harlut, two time gold medalist in X Games Aspen Big Air and US Olympic medalist snowboarder, Scotty Lago. 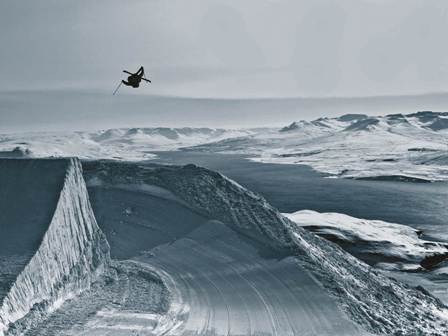 As well as the winter sports spectacle, there will be opportunities for visitors to take tours in super jeeps, helicopters, snowmobiles or even in green energy powered schooner boats across the Icelandic landscape.

The focus is on intrinsically Icelandic activities such as skiing under the northern lights on Mount. Hlíðarfjall´s beautiful slopes and heli skiing on the Troll Peninsula, where the slopes reach from the mountain tops all the way to black sand beaches. A ski in Iceland can even end with a surf in the Arctic Ocean!