Kevin Kelly was in an expansive mood. After all, it was lunch time and we were enjoying some of his fine southern hospitality courtesy of cuisine wizard, Jeremy Langlois .

There is something quite remarkable taking place here, and for any normal person it would be a mission impossible, but then again, Mr. Kelly is no mere mortal. His business success is stuff of legend throughout Louisiana and beyond, and by his own admission has, ” good people taking care of all that stuff now” so these days, the ‘crown jewel’ of Louisiana’s River Road, just an hour or so outside New Orleans, The Houmas House, has his full attention. 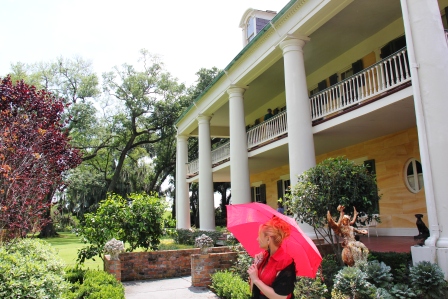 This is a personal crusade, one that has already recreated the elegance and majesty of this stunning plantation property on the banks of the Mississippi . In the 1850s it lay at the very heart of John Burnside’s  mighty sugar dynasty, which at its peak, employed nearly 9,000 slaves to cultivate the 300,000 acres of sugar fields. Burnside, the ‘Sugar Prince of Louisiana’ was a far cry from your stereotype slave owner who ended up freeing his slaves and building them their own village to live in. 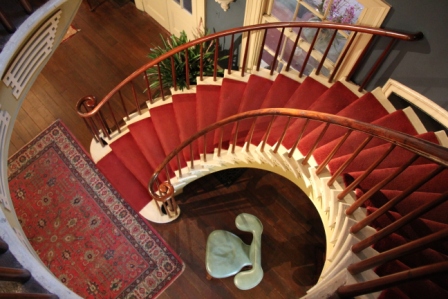 A chance tour of another plantation was all Kelly needed to light his touch paper. A Louisianan himself and a passionate student of local history, he discovered the house which had sadly fallen into decline and in 2003  set about restoring it to its former glory. Today, Houmas House is an astonishing accomplishment. Not only has she been faithfully restored and filled with the most exquisite furnishings, antiques and objects d’art but her gardens and grounds are simply breathtaking.

‘The Sugar Palace’ as it used to be known, is once again alive and kicking. She is a labour of love, and Kelly uses every moment of every day to ensure she is looking her sweet best whether it be hand filtering ponds or re pointing brickwork. At the same time he’s balancing a trowel, he might be taking bookings for a wedding or organising a movie shoot; then again if he oversleeps , you just might bump into him in his bedroom, it’s one of the rooms on the house tour! Speaking of which, is conducted in an entertaining and engaging way, not behind roped off sections, but letting you fully immerse yourself in a house filled with history and atmosphere, from the centuries old Steinway piano (played beautifully by our guide ) to Napoleon’s French Mantle clock. 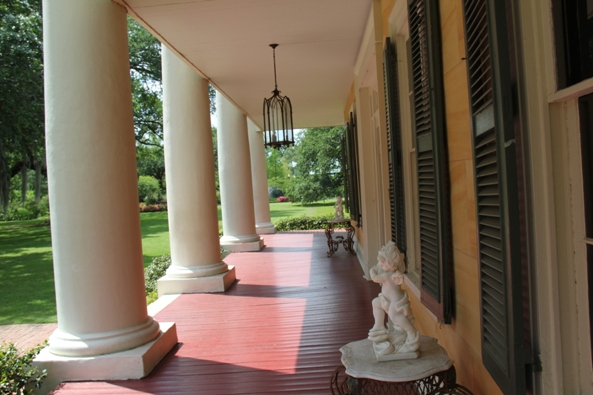 Sitting there in the Burnside Cafe looking out at the magnificent fountain and gardens beyond, Kelly made it clear to me, this is all still work in progress. A mind that has built such a successful business empire has been hard at work scoping out ways to enhance the Houmas property even further and once he spots an opportunity it simply gets done. His first addition was to build a fine dining restaurant within the walls of the original 18th century structure that adjoined the original mansion. This became Latil’s Landing and of course, he recruiting one of the finest chefs in the state to run it. A reservation is now mandatory. His next project was to solve a wedding venue problem for his niece. Why bother looking for one when he can build one right here. Of course owning a construction company does help a lot, and in under 6 months the Burnside Cafe building was completed. 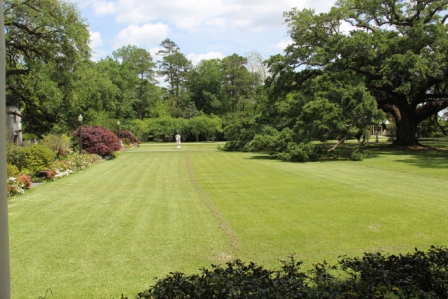 What’s next? After bullying the state for a grant to construct a museum on the banks of the adjacent Mississippi he now has the green light and plans are underway with the facility connected to the main house via a walkway.

Considering this is a man who held a wedding for his two pet dogs, and can moonwalk better than MJ, a visit to Houmas House is more than just a gentle stroll back in time.

Take it from me, this is one New Orleans day out in the country you won’t forget in a hurry.