There’s an old saying “See Naples and die” based on the high incidence of cholera in the 19th century, but on my visit the challenge is to taste over 200 different wines and live to tell the tale. I’m here for the annual Campania Stories event, where producers showcase their different wines, and it’s held inside the hallowed walls of the Santa Donna Regina church.

Apparently it was the ancient Greeks who brought the distinctive grape varieties that are still grown in the region. They managed to survive the devastating 19th century Phylloxera epidemic because of the dry volcanic soil and, as a result many of the grape varieties are unique, found nowhere else in the world.

The best reds are made from the Aglianico grape, with Taurasi heading the list. The province of Avellino, inland East of Naples, leads the white production with Greco di Tufo and Fiano di Avellino, the major players. Falanghina is a fruity white, with pear, lime and apple flavours, coupled with high acidity, and it varies depending on where it’s grown. 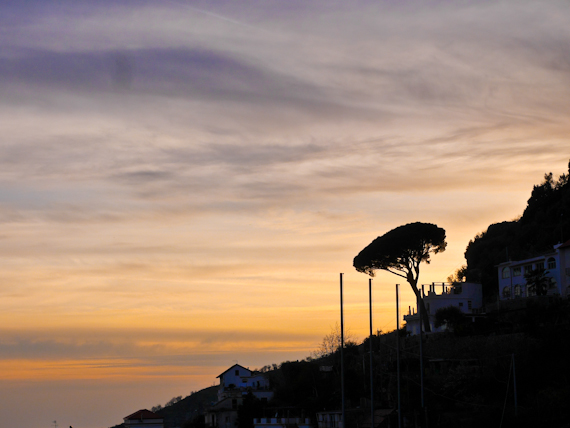 Now Campania Stories is only held once a year but a trip around the region offers the opportunity to taste the wines on their home ground and also get to know the different provinces. After all, most people who visit Naples head out to Pompeii and the Amalfi coast, but there’s far more to the region than this. Hire a car and set out for the wineries, but don’t swallow the wines, otherwise the Carabinieri may detain you. Most are open during working hours, but it’s wise to phone in advance. 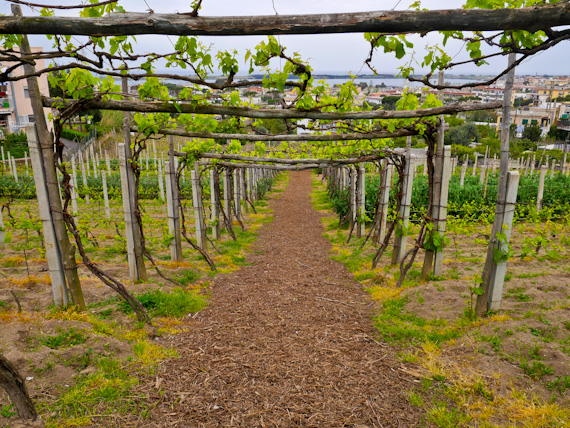 An easy journey north of Naples, La Sibilla has vineyards straddling the old Roman city of Baia. Luigi di Meo’s family came here in 1913 and he’s the fourth generation to make wine. Both their white Falanghina and the red Piedirosso, are good straightforward wines with no use of oak. 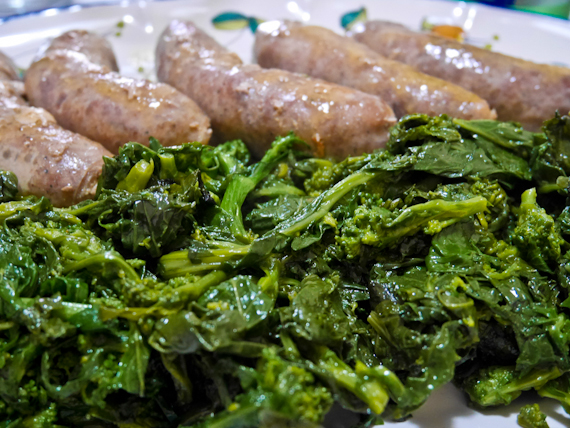 Over an excellent lunch with the family I get to try their Cruna del Lago, a reserve bottling of Falanghina with zesty herbal and mineral aspects, and their excellent red Marsiliano 2010, which goes well with the local sausages. 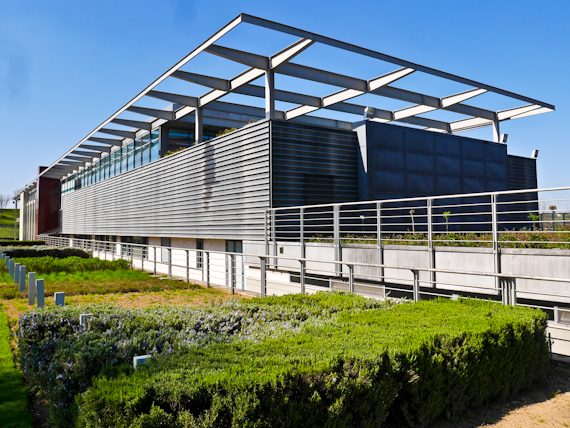 In the province of Avellino, and founded in 1986, Feudi di San Gregorio is the largest producer in Campania and takes grapes from over 300 hectares. The winery was completely rebuilt in 2004 with a stylish structure designed by Japanese architect Hikaru Mori, and there’s even room for a Michelin starred restaurant. They also have some rooms.

Their annual production of  4 million bottles includes all the Campania favourites like Greco di Tufo, Fiana di Avellino and Taurasi but I like their 2010 Serpico Aglianico, made from a small parcel of old vines, aged 24 months in oak and then 24 months in the bottle. 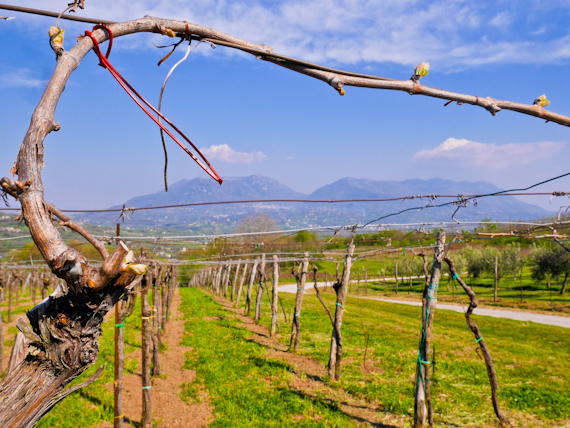 In Castel Campagnano, in the province of Caserta, Terre del Principe is a tiny operation with just 7 hectares.  Peppe Mancini abandoned his profession as a lawyer to explore the potential of Pallagrello and Casavecchia grapes. Pallagrello has both red and white varieties and was probably introduced by the Greeks but in the last 200 years it almost disappeared. Similarly, the red Casavecchia was almost wiped out by an epidemic in the 1800’s but Peppe almost singlehandedly rescued these grapes and managed to get them registered. To prove that Pallagrello Bianco can age well, I get to taste his 2010 vintage and it’s a revelation, good freshness in the mouth with a strong hay bouquet. 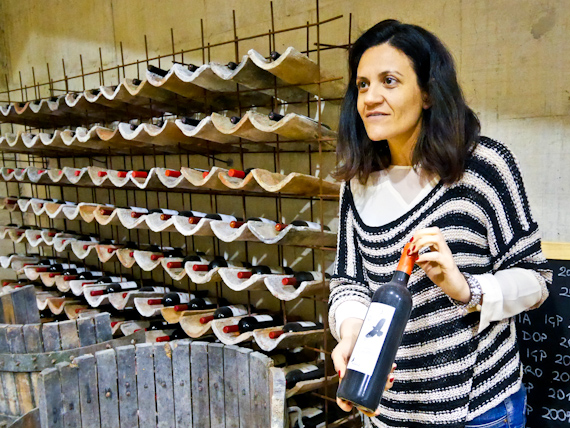 At an altitude of 500m, about 20 km west from Castel Campagnano, osteopath Andrea Granito, founded Sclavia in 2004 and also planted Pallagrello and Casavecchia. He now has 14 hectares, all farmed organically, and produces 100% Pallagrello Nero and 100% Casavecchia. What’s interesting is that these wines, grown at altitude, have a distinctly different character than those produced much lower at Terre del Principe. 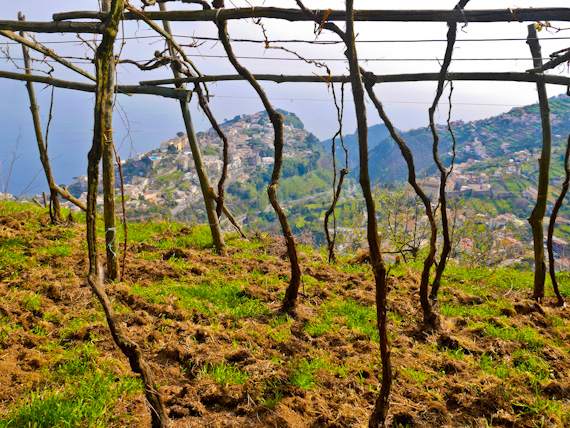 South of Naples, near Ravello, Ettore Sammarco’s 12 hectares occupy terraces on the steeply sloping hillsides. Red grapes include Aglianico and Piedirosso, whilst whites include Falanghina, Biancatenera and Pepella whose tiny berries are the size of peppercorns.  Their Costa d’Amalfi Bianco Terre Saracene is a blend of all three, whilst the Costa d’Amalfi Ravello Rosso is 70% Aglianico and 30% Piedirosso. 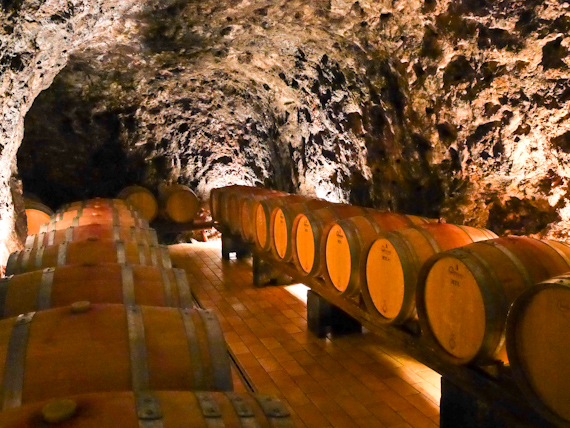 Right on the Amalfi coast, clinging to the rocks of Furore, Andrea Ferraioli named his Marisa Cuomo winery after his wife when he founded the estate in 1980. His 10 hectares include Pepella and Piedirosso but also local grapes Tronto, Ginestra,

Tintore and Fenile. Stay the night at the adjacent Hostaria di Bacco and enjoy the wines and excellent food. Next morning enjoy the twisting scenic drive above the sea as you make your way back to Naples.

Palazzo Caracciolo Napoli MGallery by Sofitel makes a comfortable base in Naples.

Easyjet flies direct to Naples from London Gatwick and Stansted.