It was good fortune that brought me an hour early to the Drawing Room Bar so that I could sample a glass of Guinness, served with that the special care and magic that you only find in Ireland.

As I waited for the King Tenison Suite to be prepared (“Ah, it will be well worth the wait sir,” the receptionist assured me), the bartender’s deep blue eyes gleamed as he served the drink as if it was a Biblical event.

And so it was; Irish-brewed Guinness, allowed to stand for two minutes before the glass is lovingly topped up and passed to you in a secluded Gothic West of Ireland castles, is one of those truly mystical experiences. 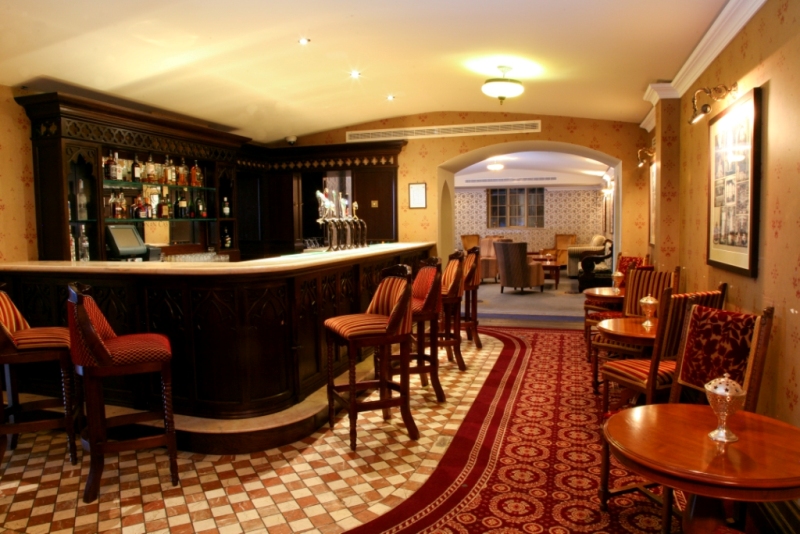 Equally memorable was my first sight of the suite itself, with its high ceiling and classical furnishings, including sumptuous fabrics and a deep and well-sprung four-poster as inviting as an Irish glade in springtime. 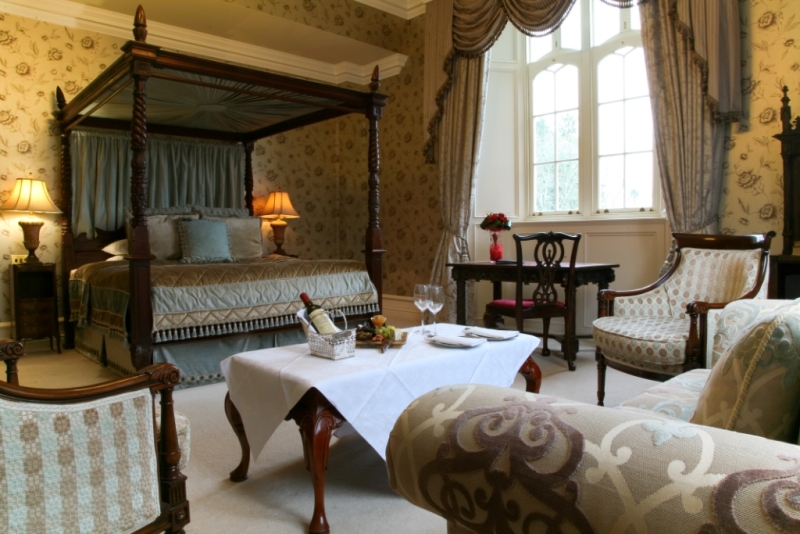 With complete abandon, I dived into the sweets and strawberries on the Welcome tray (the word was daintily hand-written on the dish in chocolate) accompanied by a warming cappuccino from the in-room Nespresso machine.

The suite was named after the legendary Colonel Thomas Tenison, a fabled soldier and landowner, and his new bride, the wealthy Lady Frances Anne King, who built the original castle in the early 19th century. 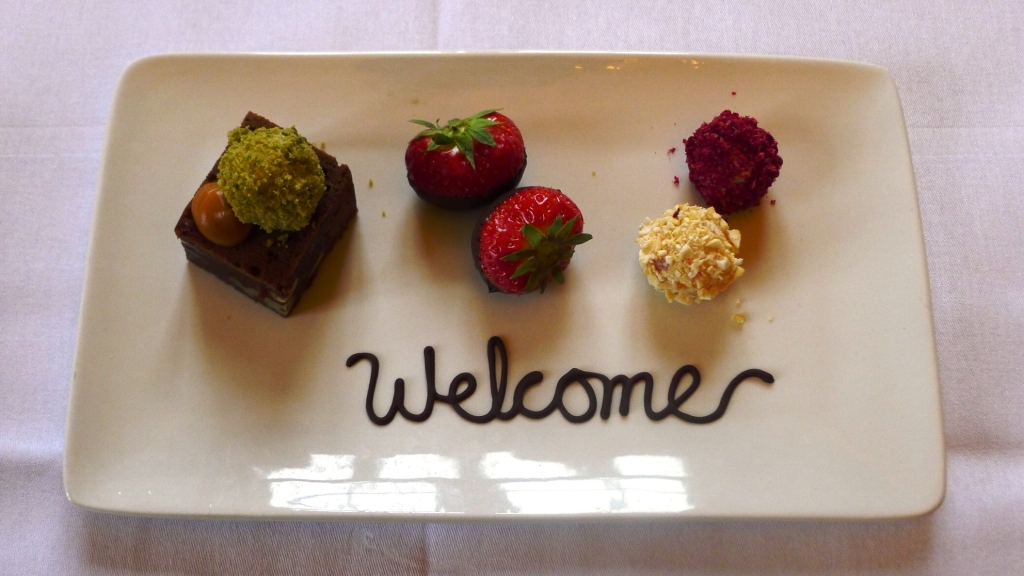 Despite their renowned courage in battle, one of the key attributes of Tenison boys was their ability to lose a huge fortune, only to have it restored in subsequent generations by marrying wealthy heiresses.

Even so, it was hard to imagine that the glorious Kilronan Hotel of today was a roofless ruin just 11 years ago after the last of this ‘bust and boom’ sequences led to the place being left crumbling and abandoned.

Credit for its rescue goes to Irish brothers Albert and Alan Hanly, who undertook a huge restoration project that mixed old-world elegance with such new-world luxury as its elegant Elemis Spa, which includes a vast array of treatments and facilities from a thermal suite to a Rasul mud chamber, based on the Middle Eastern cleansing ritual.

My personal therapy came from taking the one-hour Castle Loop Walk, a blissful yomp that covered some of the woodland paths that criss-cross the estate’s 40 acres and take you past the shimmering green waters of  Lough Meelagh.. 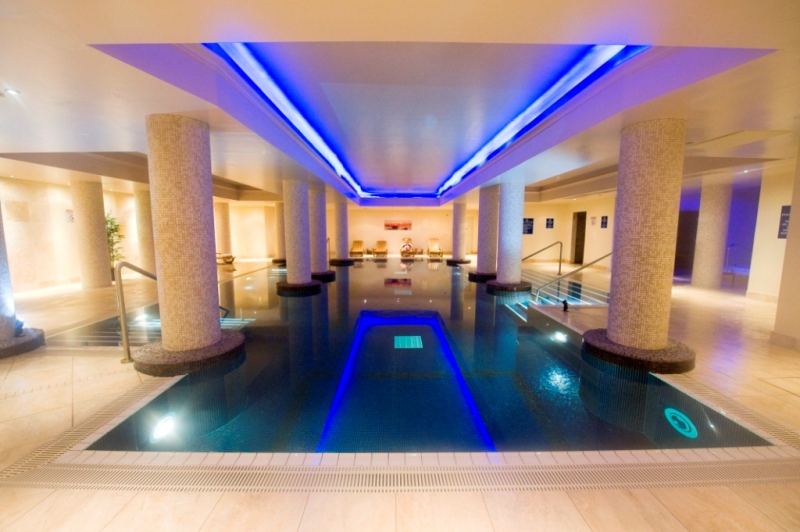 After that, I could have opted for the well-equipped gym and 14 metre pool, but, instead, headed for the Drawing Room Bar once more and a warming glass of Bushmills single malt followed by a power shower and dinner in the two AA rosette Douglas Hyde Restraurant, named after ireland’s first president and County Roscommon’s most famous son.

Service was attentive with plenty of those beaming Irish smiles, as I savoured the sweetness of king scallops, from Kilmore Quay, which had been fast pan-fried on high heat and served with smoked rooster potato and tender asparagus veloute. 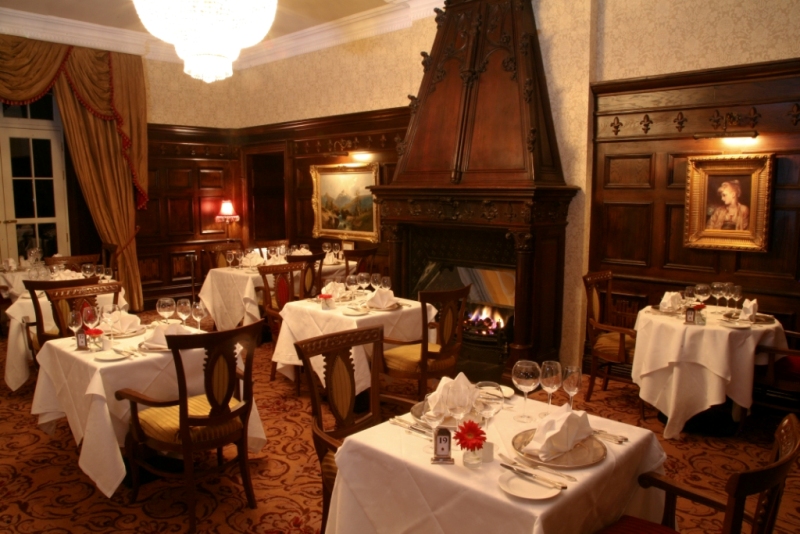 For a touch of the Orient, I went for a fragrant duck and chive wonton broth, which took me back to one of those waterside cafes in Penang, as the salty dryness and peppery sharpness  kicked in.

The restaurant prides itself on its local sourcing and its mains selection included a range of traditional goodies from the roast hake fillet to Joe Campbell’s Angus beef fillet. I went for a twist with the ‘disassembled’ organic lamb moussaka, a spectacular ‘first’. 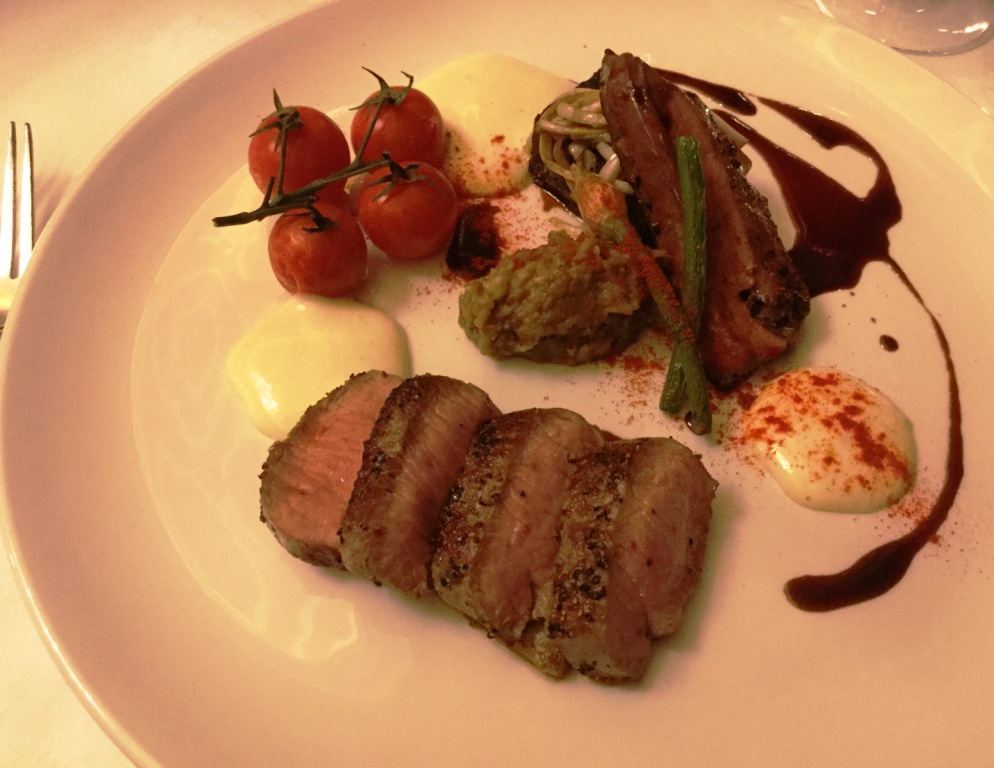 This consisted of very tender slices of loin and neck coupled with aubergine caviar, roast tomatoes and feta crème for that essential Greek toning. Yum!

I was still in Greece for dessert (or, some would say, Turkey) with a honey explosion of caramel baklava, delightfully neutralised by the accompanying combination of lemon gel, pistachio kataifi and gelato.

After such a feast, that four-poster was all that it appeared as a sleep inducer and a perfect slumber was followed next morning by another of the hotel’s recommended woodland and lakeside walks before a sumptuous Full Irish Breakfast.

Of course, you can approach the Kilronanan experience with a variety of aims: spa wellness, beauty and therapy, fitness in the gym and pool, weddings if required (and they have plenty), a secluded business conference, romance (the older castle rooms have Wuthering Heights aplenty) or as a family break. 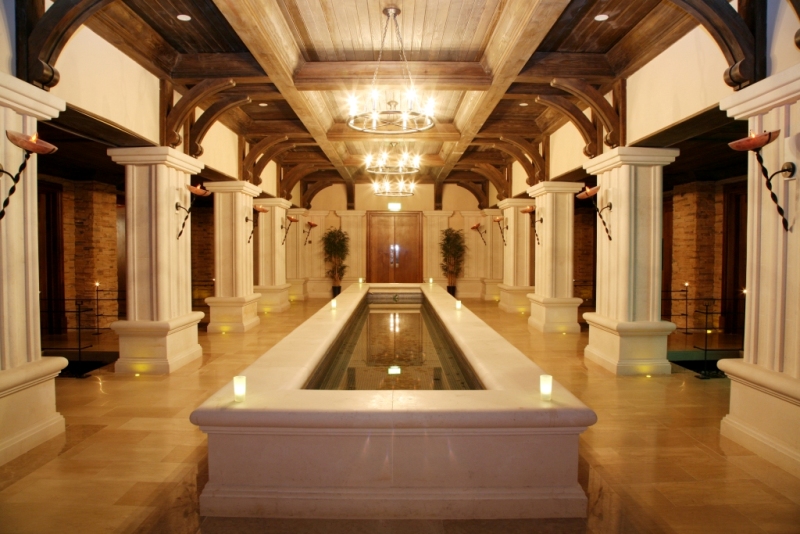 For me, though, the key was the plain pleasure of that old-world Irish charm amid such modern comforts as baked ham at breakfast and under-floor bathroom heating.

Another plus was that landlocked Roscommon is one of Ireland’s less-discovered treasures. Just a couple of hours’ drive from Dublin and one-hour from Knock’s international airport, it has its share of bog and grassland, but also the Curlew and Arigna Mountains, beautiful loughs and the upper reaches of the glorious Shannon.

If the rain isn’t lashing too hard, local attractions include Boyle Abbey and Lough Key, with boat trips and miles of historic parkland trails. It was lashing very heavily and I dived instead into nearby Strokestown House for its famine museum that was packed with memories, including pitiful letters from starving people.

But, perhaps, one of the biggest attractions is the seclusion thjat Kilronan castle offered, a rare delight in these days when far-off places are on everyone’s doorstep.

Tell me more about Kilronan Castle Estate and Spa

Rooms are from £113 for bed and breakfast in a Classic King Room.

Special packages include festive, spa, family and gourmet breaks with a Full Irish Breakfast and a five-course dinner in the Douglas Hyde Restaurant.