Insider Guide to the Isle of Wight

Looking out through the panoramic window, on my Wightlink ferry from Portsmouth to Fishbourne, I search for my first sight of Osborne Beach. After a decade of family holidays, bucket-and-spade with ice creams on the beach, I know the Isle of Wight and its history rather well. My mind drifts back around 150 years.

Back then, mid 19th Century, Queen Victoria and Prince Albert would have been on board the Royal Yacht heading for East Cowes. Around them a noisy gaggle of their nine children looking forward to escaping from the oppressive protocols of Windsor Castle. 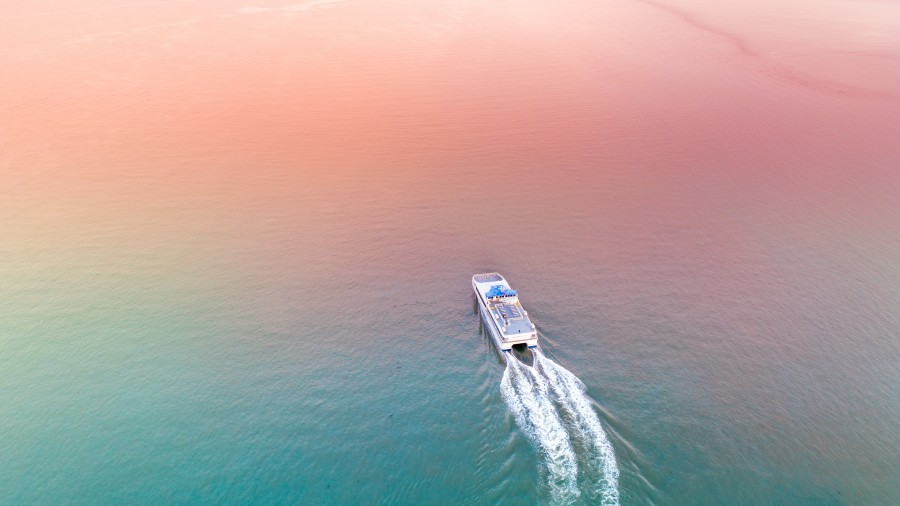 The Royals would have been impressed that a newly invented train could whisk them from Windsor to Portsmouth in three hours and that in four hours they would be at their beloved Osborne House. Royal passion for the island made it a highly fashionable destination for travellers and began the Island’s close involvement with tourism.

Victoria’s love affair with the Island had begun when, as a 12-year-old, her mother had taken the future Queen to Fisher’s Hotel in Ventnor. Sat on the lawns of the elegant hotel, with its warm micro-climate and Madeira style planting, young Victoria would have thought she had been transported to a faraway land. Today, you can see how balmy that climate is by admiring the exotic planting at Ventnor’s Botanical Gardens and staying at what, after Victoria’s patronage, became The Royal Hotel: still very elegant and still very regal. 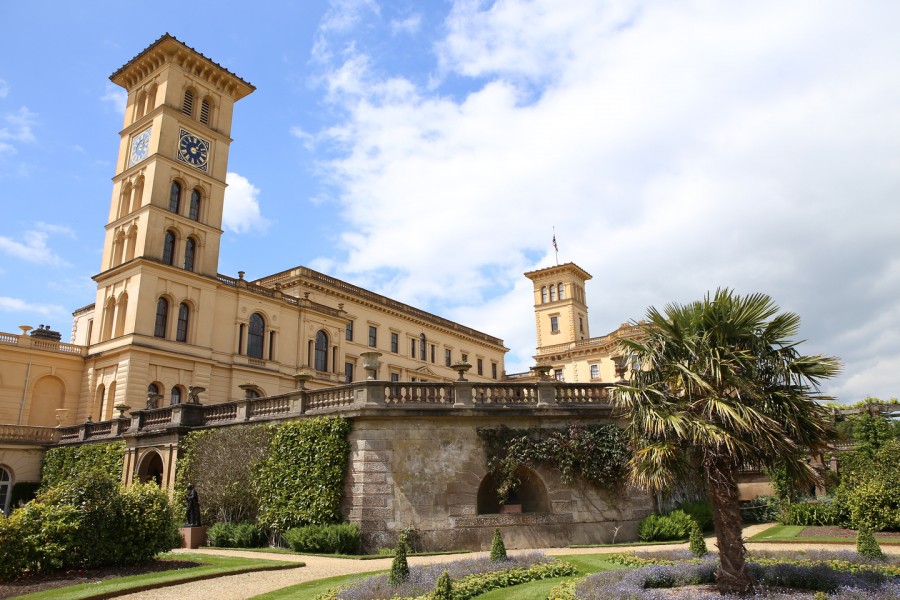 You could say that Queen Victoria inaugurated the first Isle of Wight Music Festival. When a member of her family had a birthday, they were woken by the Royal Band, merrily playing music beneath their bedroom window. Very different to the mega-event that is today’s Isle of Wight Festival.

Albert loved the island too, designing the Italianate styled Osborne House and it’s formal gardens too, before turning his hand to the Swiss Cottage where the children could play whilst their mother attended to affairs of state.

Devote a full day to Osborne House. If you’ve seen the Victoria and Abdul film the exhibition on their close relationship will mean so much more. Abdul, became Victoria’s teacher, or Munshi, educating her about a far distant country which she ruled as Empress but never visited. Even the Ice House is impressive. Preferring clear ice imported from Massachusetts, USA, Queen Victoria liked ice in her drinks and also in rooms in summer to cool her. You can also stroll through the grounds down to Osborne Beach. 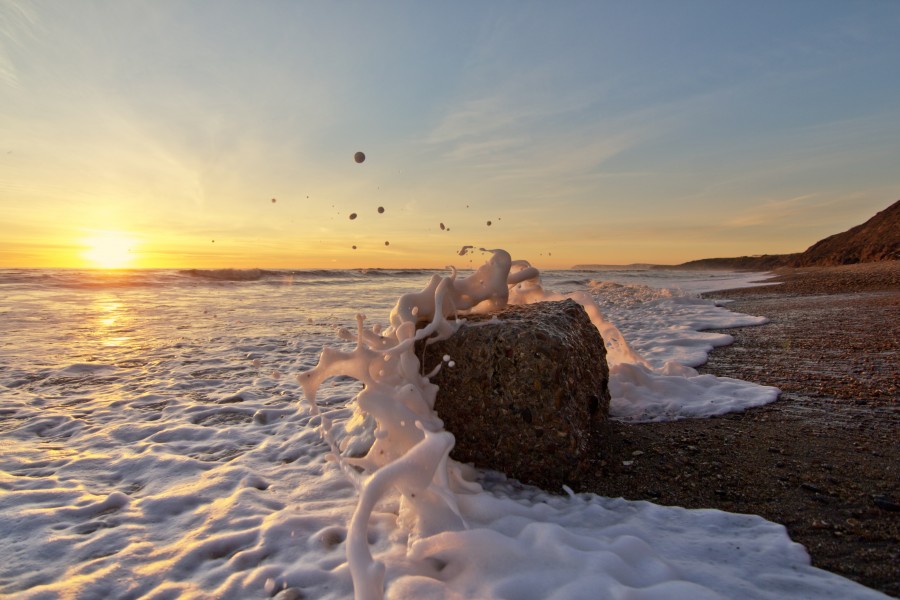 Sadly, another English monarch, Charles ll, had less happy memories of the Isle of Wight. After the defeat of the Royalists in the English Civil War and prior to his execution, Charles was imprisoned at Carisbrooke Castle. Like Osborne House, it is another English Heritage property dripping in history.

You can walk around the island in three or four days. For an island with a circumference of just 57 miles, the island has more than its fair share of Areas of Outstanding Beauty. For 2019, after Countryfile Magazine’s readers’ vote, the island can also claim Britain’s Best Beach: the gently shelving, long stretch of golden sands at Sandown.

Less enthusiastic hikers can dip in and out of coastal walks as they choose. A walk around Alum Bay provides the best photographs of the Needles. Shots of the triangular-shaped white rock formations are even more spectacular when they have a foreground of racing yachts during Cowes Week. 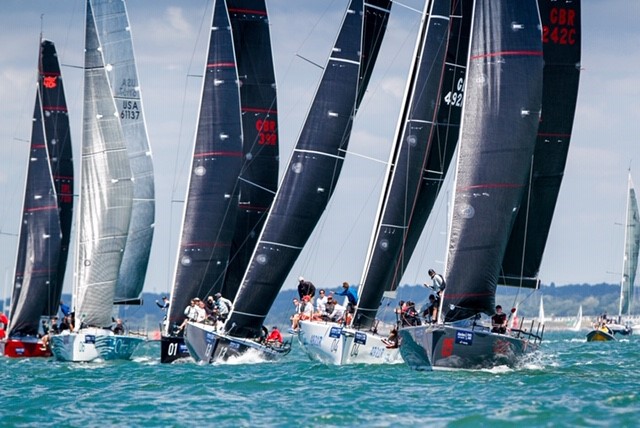 Many of the island’s quieter beaches are on the south coast facing the English Channel. As you walk you will find information boards reminding you that, following numerous fossil finds, the Isle of Wight is the world’s Dinosaur Capital. Other boards identify the wild flowers flourishing alongside the path. At Steephill Cove you will find a cafe and restaurant, less than ten yards from the sea, to sample some of the Isle of Wight’s famed seafood. Look out for the Skipper’s platter of Lobster, Crab and Prawns. 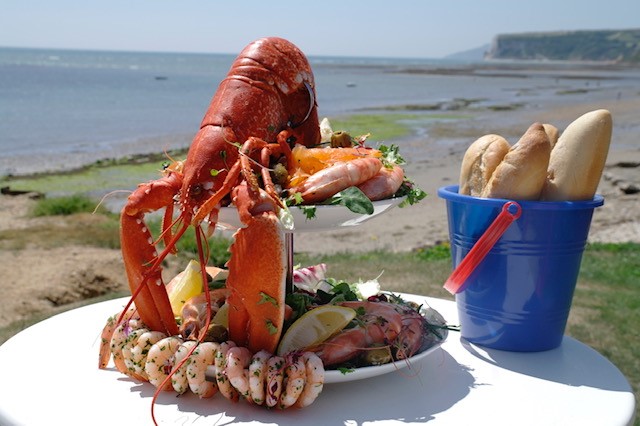 For a small island, the Isle of Wight, has a remarkable collection of attractions. It has its own Roman Villa at Fishbourne, a Steam Railway, two zoos (one focusing on Amazonian life) and a plethora of indoor attractions for the occasional rainy day. There are times when we do not need to travel very far at all …

Tell Me More About The Isle Of Wight

Cross to the island with Wightlink

Stay at The Royal Hotel, Ventnor

Click here for the very best rates for Royal Hotel

Take a look at to see what more the island has to offer with the Isle of Wight tourist board.