Pack away the history books. Switch off the History Channel. We’ve got Hartwell House as a slice of both British and European heritage. This is a regal residence that makes Downton Abbey look a tad nouveau riche.

Of course, Hartwell gets a listing in the 1086 Domesday Book. How could it not? William the Conqueror’s son lived there. Then from 1600 – 17 the Hampden family built the hugely impressive, Jacobean fronted Hartwell House. Today, it continues to exude elegance as a Historic House Hotel. A few years later, another member of the family, John Hampden MP, kicked up such a fuss over-taxation that it helped ignite the Civil War and Charles l’s subsequent execution. 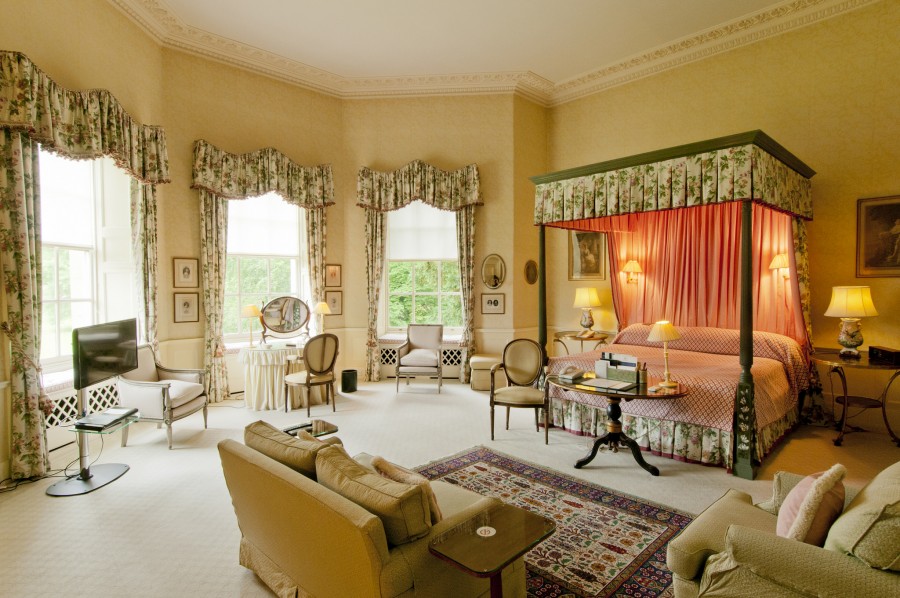 Room 8, the Hampden Room, celebrates the family’s architectural vision. It’s a palatial room where everything is on an epic scale – seven-foot-wide bed and heavy drapes at least three fathoms deep. Magnificent antique furnishings make it look the perfect setting for a Georgian royal period drama. There are Gainsborough style landscapes, winged armchairs for contemplating the estate and a barn-door-size pastoral tapestry. Even the bathroom has 19th-century satirical cartoons in the spirit of Hogarth.

Elegantly sat in 90 acres of tranquil Buckinghamshire parkland, with the site gifted by Historic House Hotels to the National Trust to better ensure its survival, Hartwell House Hotel and Spa is a glorious paean to the English stately home.

It was the best of times, it was the worst of times. In the early 19th century, Hartwell House was home to not just one king, the exiled Louis XVlll of France but also the deposed Gustavus of Sweden. These were hard times for Louis’ hungry courtiers and they kept caged birds on the roof and grew crops in pots whilst Louis paid £500 rent per annum on the estate. 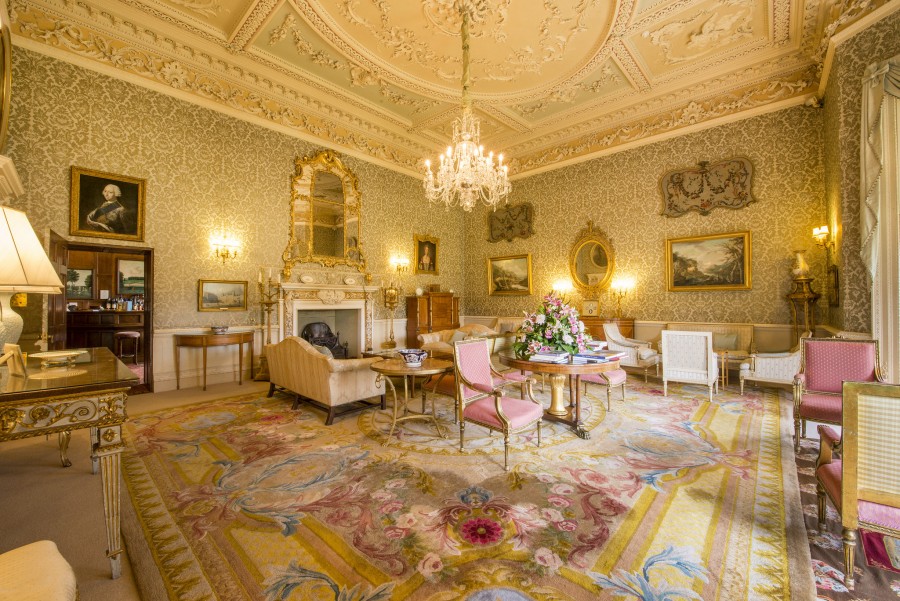 “Highlight of the weekend?” a friend asked after my country escape to the Vale of Aylesbury, just an hour west of London.

I knew it was going to sound ridiculous but I said it anyway, “The staircase.”

Guests neglect the lifts to walk down the aristocratically wide, magnificent hand-carved staircase. Maybe this is what Led Zeppelin were thinking of when they wrote “Stairway to Heaven.” There are dozens of intricately carved stone balusters supporting the balustrade, one of them in the portly form of Sir Winston Churchill, admittedly with hints of gargoyle DNA.

Glide down those stairs to afternoon tea in the Drawing Room, Library, Morning Room or Great Hall. The history is inescapable. In 1814, Louis signed the document restoring him to the French throne in the Library. Then in 1850, the Meteorological Society held its inaugural meeting in the very same room.

Even the Soane Dining Room is modelled on a room at 11, Downing Street. Maybe Louis XVlll, who suffered from chronic gout – it delayed his return to France – would have enjoyed better health if Daniel Richardson, chef at today’s AA two rosette restaurant, had been in charge back then. 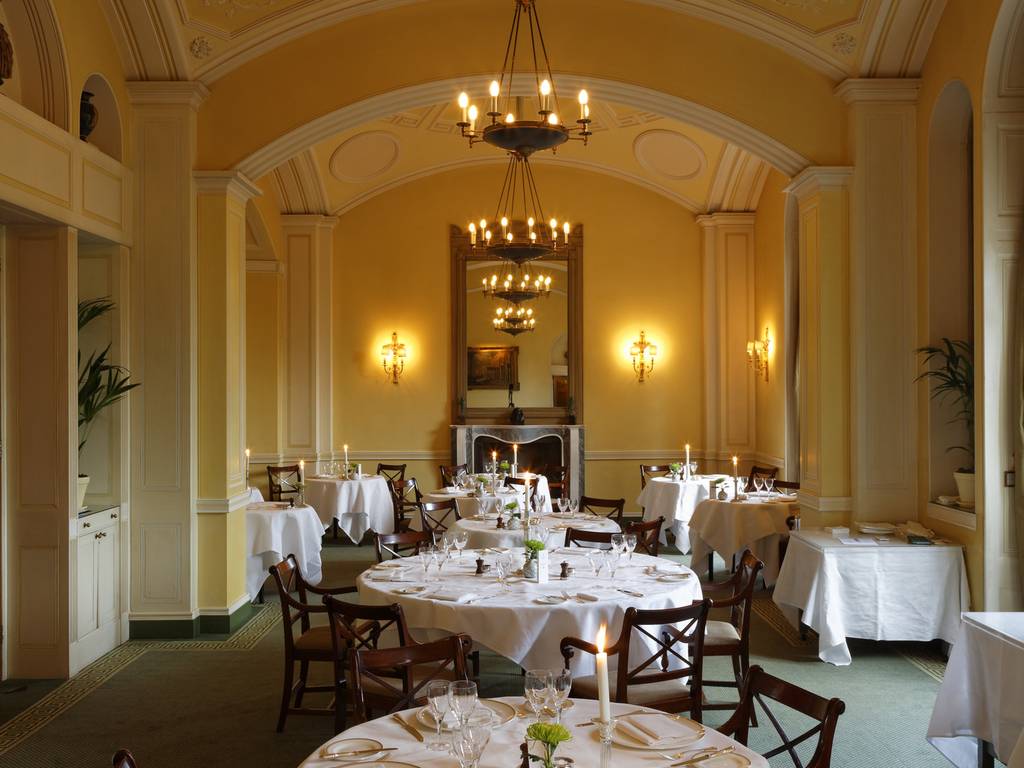 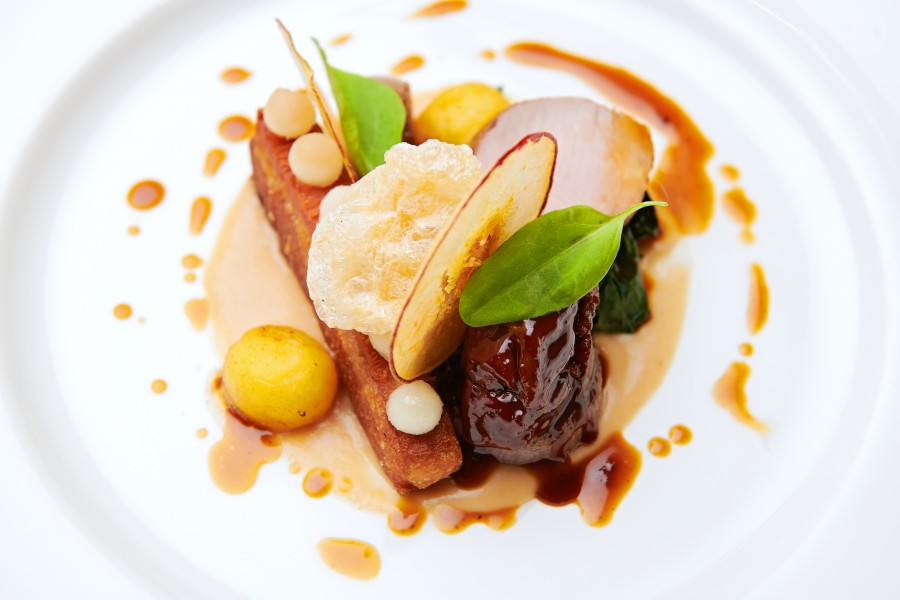 Although age-old favourites are featured on the Bill of Fare menu such as beef, brill, chicken, duck, quail and venison – portion sizes are sensible and paired with healthy options from a network of local farmers. A Seasonal Menu, usually three options for each course, allows Richardson to use his creativity to adapt to the best ingredients on offer.

Just think, if there had been the Hartwell House Spa in Louis’ day, he could have eased his gout in the calming swimming pool in the Orangery. Maybe a massage in one of the four treatment rooms might have eased his Queen’s anxieties too after they had endured a perilous exile that had taken them to both Russia and Prussia. Even better, a few sets of tennis on the courts within the walled garden would have been invigorating exercise. 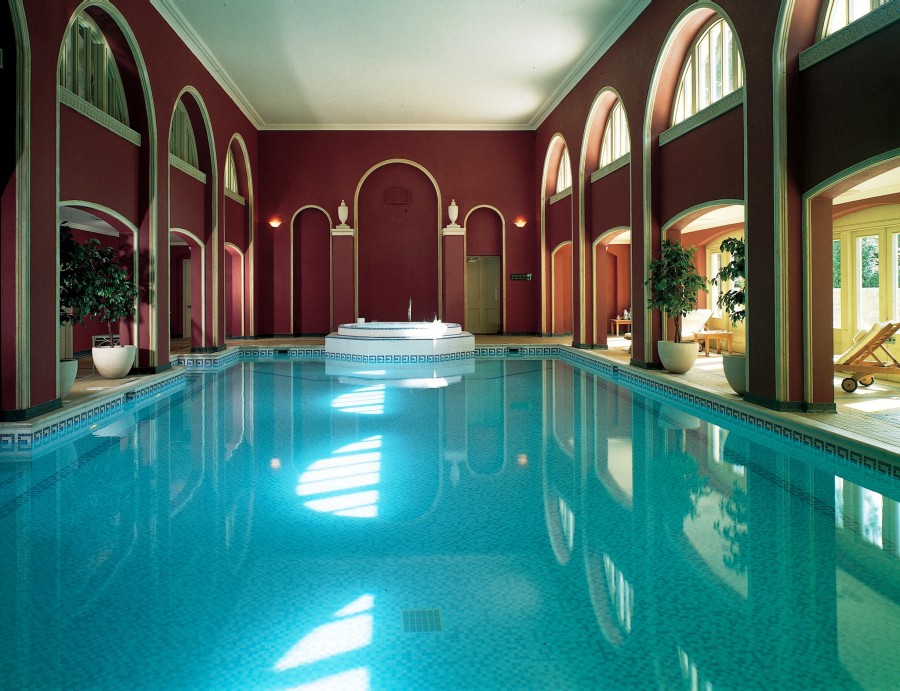 Yet, ultimately, it’s the 90 acres of grounds, with their mile-long avenue of 234 trees, that is probably Hartwell House’s greatest attraction. It is surreal to stand on the bridge across the ornamental lake, reflecting that you are standing on what was once the central section of Kew’s bridge until it was dismantled in the 19th century to make way for a wider bridge to cope with London’s ever-growing traffic. Just another historical artefact in Hartwell House’s rich heritage.

TELL ME MORE ABOUT HARTWELL HOUSE HOTEL AND SPA

Double rooms, including breakfast, begin from around £150 per night.