To celebrate the GREAT Festival of Creativity, Shanghai, to which The Duke of Cambridge, HRH Prince William is attending Georgia May Jagger models new BRITISH AIRWAYS livery.

The design by Ma on the Boeing 777-200 aircraft, depicts a bamboo and a rose in an east-meets-west fusion of symbols and artistic styles.

British Airways engineering team used specialist techniques to paint the aircraft with Ma’s design which combines a western impressionistic style with Chinese ink-and-wash painting methods. The design which took over 2,472 man-hours and 186 individual stencils to apply, will fly around the world on British Airways’ global network for years to come. Watch the specially-created livery design being painted onto the aircraft: http://youtu.be/sDEOOJX5gCA

“Bamboo and roses have significant cultural connotations in China and Britain respectively, and are each cherished symbols. In Chinese culture, bamboo represents modesty, integrity and vitality. For Britain, the rose symbolises love, nobility and dignity,” said Ma, who studied at the world-renowned Central Saint Martin’s art college in London. 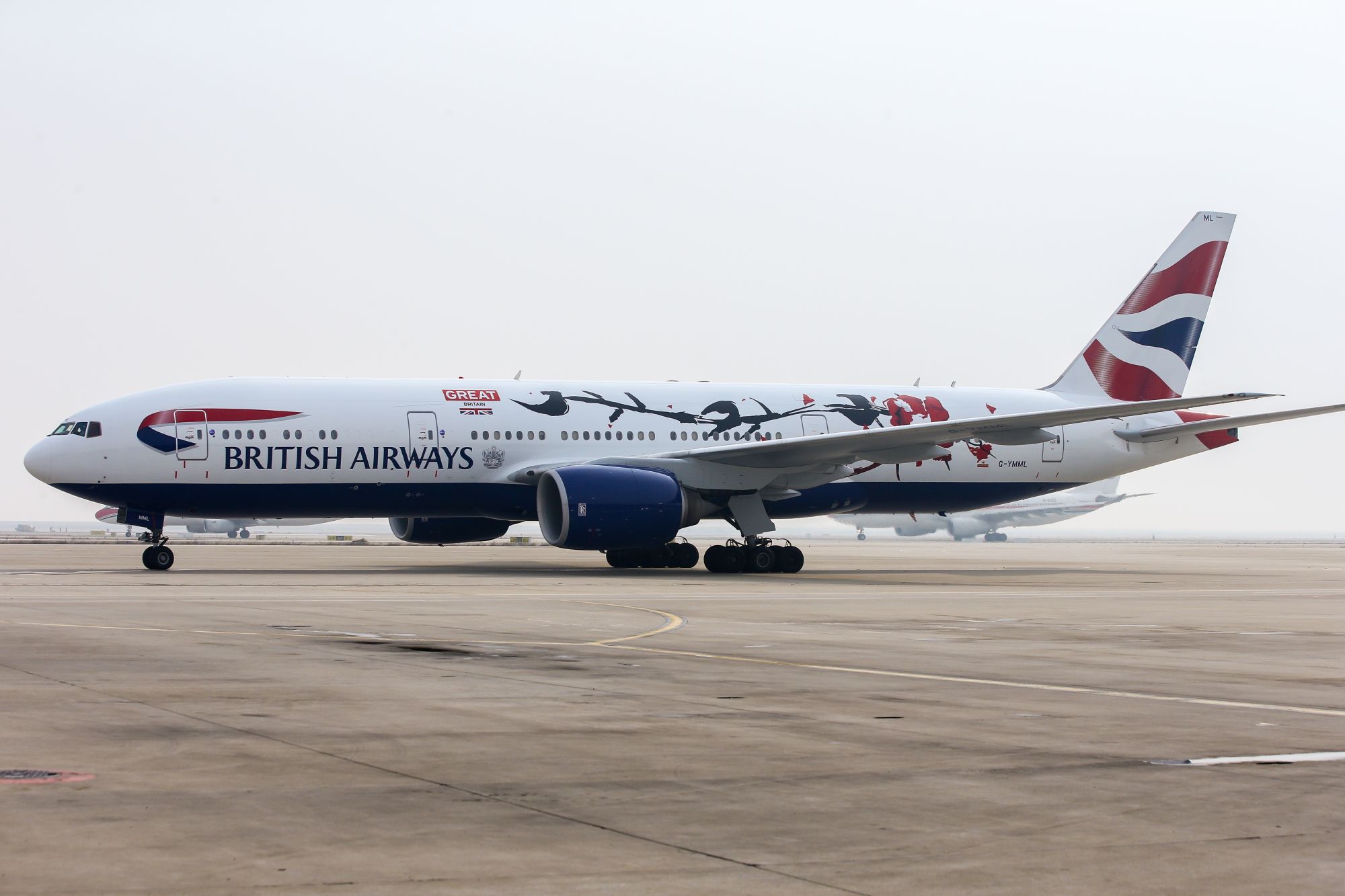 “As Sino-British ties continue to bloom and flourish, I felt that the meeting of bamboo with a rose would be the perfect way to celebrate the growing friendship and collaboration between the two countries,” added Ma in explaining her design concept.

Richard Tams, British Airways executive vice president China, said, “We are delighted to have the opportunity to work with Masha on such an iconic project. Her inspiring design delivers a strong message: that of a growing and flourishing relationship between the cultures of Britain and China. We hope it will encourage individuals and businesses in both countries to forge closer ties.”

The festival is part of the GREAT Britain campaign aimed at promoting the UK as a world-class destination for trade, tourism, investment and education to generate jobs and growth. The festival has been attended by The Duke of Cambridge, HRH Prince William, the first visit to the Chinese mainland by a senior member of the British royal family in almost three decades.