Farzi Café calls itself a modern Indian bistro and arrives in London following nine branches in India and one in Dubai.

Situated next to the Theatre Royal Haymarket which has the stage version of Fools and Horses, I do wonder what Del Boy might make of the food here. They call it “a sensory adventure of the traditional fused with the futuristic” and it’s about as far from your local Indian takeaway as you can get.

The décor is what you could call “high-end West End” with a central well-stocked bar, half visible kitchen and giant hanging golden leaves adorning the staircase leading to the basement. They say it cost £4m and they’re certainly going to have to serve a lot of dinners to get their investment back. 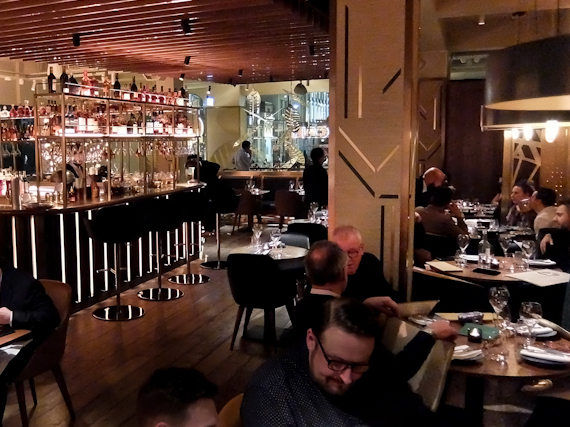 The menu is laid out with a slightly confusing mix of ‘Nano plates’, ‘Small plates’ ‘Pao/sliders’, ‘Roasts & Grills’, ‘#Farzified British Classics’, ‘Mains’ ‘Biryanis’ and ‘Sides’. Still, a helpful waiter guides us through and we’re soon up and running. I have a glass of white wine and my guest picks a non-alcoholic cocktail from the Vedika Menu.

The idea is that all the plates are for sharing, and we get started with Udupi paneer popcorn, basically fried spheres of cottage cheese with Karam podi seasoning. It’s mildly spiced as are all the dishes that subsequently arrive. Hass avocado chaat is a guacamole mix, served in the hollowed out avocado, with a spicy crunchy topping. Best of all is the butter roast beef marrow, oozingly soft, still on the bone, with wafer-thin vegetable crisps. 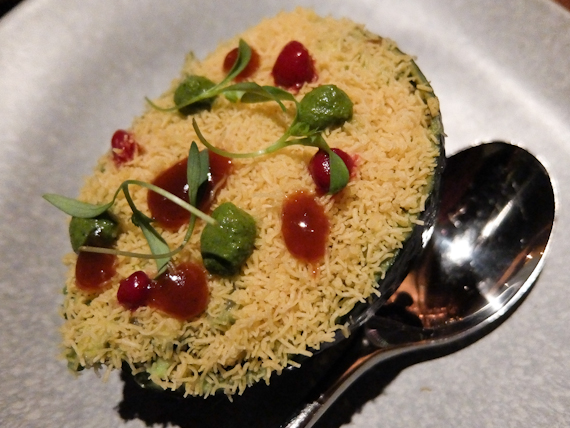 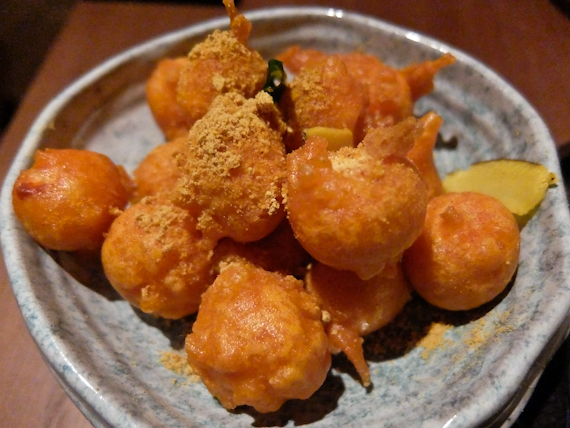 Now I’m beginning to understand the concept, a sort of Indian light take on western restaurant favourites. The dal chawal arancini, named after Italian rice balls, is more reminiscent of falafel since the inside is a mixture of lentil and rice, and comes with onion tomato salsa and mango pickle aioli. Tuna ceviche is thinly sliced, achingly fresh but to my taste lacks the chilli kick of the Peruvian version.

We’re back in India for the Madras pepper prawns, juicy shellfish clad in a thick tangy sauce with an aerated rice curd that really hits the mark. Similarly, the chicken tikka emerges hot from the Tandoor, the marinade nicely absorbed. And the braised lamb chops, with a maple and fennel glaze, are every bit as good as those I’ve had in other Indian restaurants. What’s really different, though, is the immaculate presentation with huge attention to detail 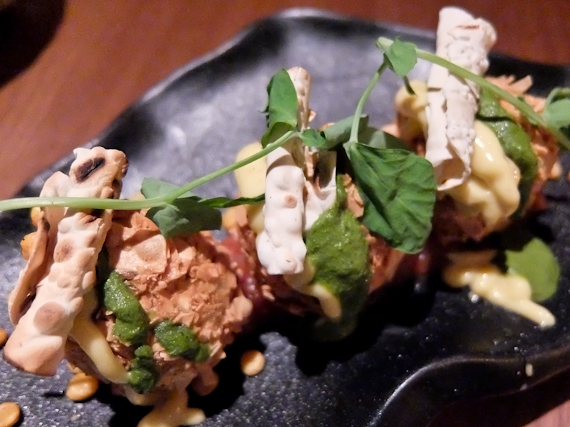 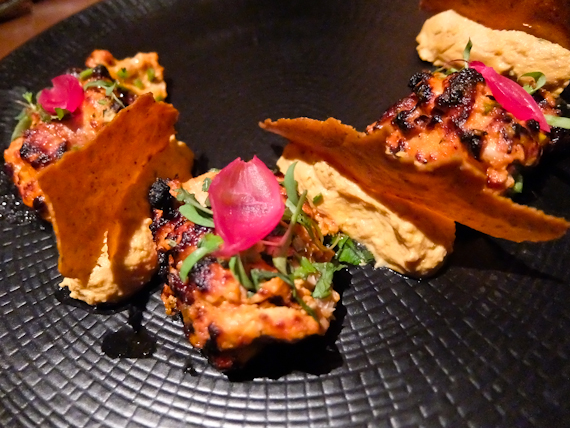 For a hint of vegetable, we have grilled asparagus with toasted sesame seeds, the stalks cut into two, crisscrossing each other, with a dollop of aioli. This sets us up for the masala rub USDA ribeye steak served with onion potato mash. Along with the other spices, there’s definitely tamarind in the mix, and the steak is thinly cut medium rare. A nice touch is the tiny red pickled onion skins on the top and the meat is achingly tender.

Finally, we make room for dessert, Laddoo, coconut mousse and berries. Inside the sweet white shell of the Laddoo, there’s an oozing red berry syrup, a playful way to end the meal. Unusually for an Indian restaurant, we feel comfortably full, but not bloated, a tribute to the lightness of the dishes. 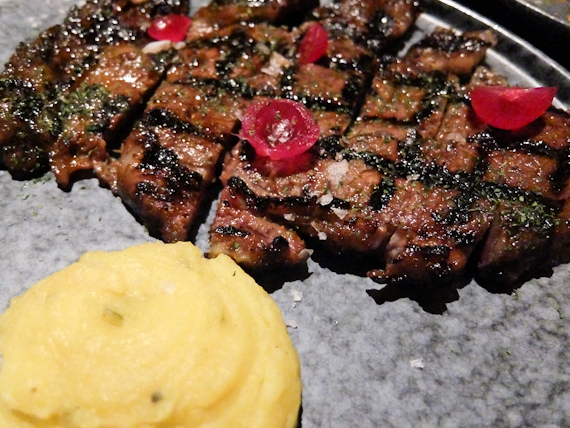 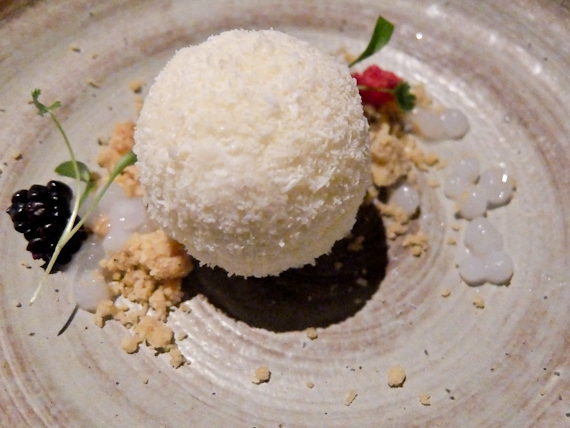 One minor quibble, though, is that most of the plates have three portions, difficult to split equitably when there are only two of you. They tell me that this makes the occasion more sociable but when the food is this tasty it could also lead to open war.

Tell Me More About Farzi Café