Do you know the way to San Jose?

When Dionne Warwick posed the question in Burt Bacharach’s hit song she could hardly have imagined British Airways would come up with an answer nearly half a century later.   But San Jose, the capital of Silicon Valley, is the airline’s newest California destination, making the best international jumping-off point to date for the many attractions of central California.
Within an hour’s drive sits Salinas, immortalised by John Steinbeck in East of Eden, and today home to the excellent Steinbeck Museum the writer’s fans will love.   And half an hour west of there lie the glorious coastal attractions of the Monterey Peninsula, Monterey itself boasting a world-class aquarium at the top of legendary Cannery Row, the posh resort of Carmel down the road and more laid-back, family-friendly Pacific Grove.
Monterey is also the starting point for the most scenic stretch of exquisite Route 1, the coast road offering 2 1/2 hours of glorious clifftop meandering through Big Sur down to San Simeon, the hamlet closest to Hearst Castle, a man-made treasure-house created by the eponymous publisher who inspired Citizen Kane and an attraction not to be missed. 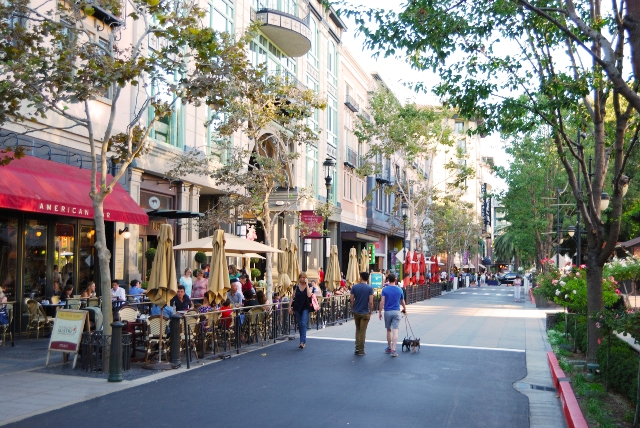 Holidaymakers limiting themselves to California could continue southwards on the coast road and fly back from LA, stopping at the market town of San Luis Obispo, pretty Morro Bay with its mini Rock of Gibraltar and elegant Santa Barbara en route.  But San Jose also offers the possibility of heading east into glorious Yosemite National Park, a place of soaring granite cathedrals and redwood-lined valleys and closing the third side of the triangle by heading north to San Francisco to ride cable-cars and visit Fisherman’s Wharf before returning from the more northerly gateway of SF International. 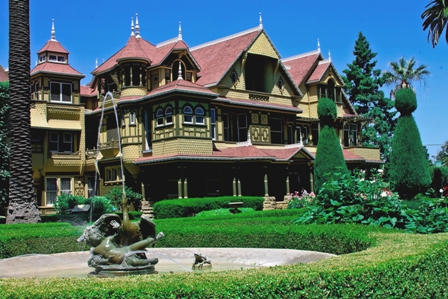 Whichever option suits best, it would be a shame to leave San Jose without exploring this fast-growing city’s charms.   The most famous attraction is the astonishing Winchester Mystery House, a truly spectacular piece of architecture built by a rich widow obsessed with endlessly expanding her property, adding the odd staircase leading nowhere and cupboard doors which open onto walls of solid brick.   But the Tiffany stained glass is glorious, as is a display of the fabulous architectural salvage which never made it out of storage.
Opposite the Mystery House sits Santana Row, San Jose’s answer to LA’s Rodeo Drive.   All the designer boutiques are here and some good restaurants, with a plethora of outdoor tables allowing locals to bring their beloved pooches to dinner.   Village Bistro is an excellent place to enjoy California cuisine, a mix of sophisticated French fare like duck confit and super-fresh local produce, plus a selection of the state’s superlative wines.    There is a boutique hotel on the Row, but the most atmospheric lodgings are back in the tiny downtown, where both the Fairmont and the de Anza display a measure of art deco charm.
It would be a shame not to venture into Silicon Valley before moving on, to gawp at the geeks who circle the huge campuses of Apple, Google and Facebook on their colour-coded bikes.  Guide Sharon Traeger navigates visitors between these slightly secretive HQ’s and the more welcoming Apple souvenir shop, the only one in the world purveying everything from logo’d T-shirts to hand-crafted coffee mugs fired in rare Japanese kilns.

But you don’t have to be into geekery to enjoy the area; the lovely little university town of Palo Alto and nearby campus of Stanford University are  destinations in their own right, the campus boasting its own art collection and several other fine museums.   Just remember what Dionne sang in her song:  “You can really breathe in San Jose – they’ve got a lot of space,”  and that goes for the hills beyond.  Although the singer who complained “LA is a great big freeway” might be horrified by route 17, which now connects the city with Silicon Valley and was essential to growth.   Happily, San Jose still feels like a small, friendly town in spite of its massive expansion.

Tell me more about San Jose