As the A-ROSA Donna moors up in Vienna, we are about to embark on a tour that takes us back to the glittering past.

Imagine Vienna at the beginning of the twentieth century: all sachertorte, strudels and Strauss waltzes. This is our first stop on a five-night Danube Highlights cruise with further excursions to Budapest, Bratislava and the Wachau valley.

Once, Vienna was the capital of an Austro – Hungarian empire of 55 million people. The tour introduces us to an elegant city of leafy boulevards, expansive parks, aspirational architecture and that famous Ferris wheel from Orson Welles film, “The Third Man”. 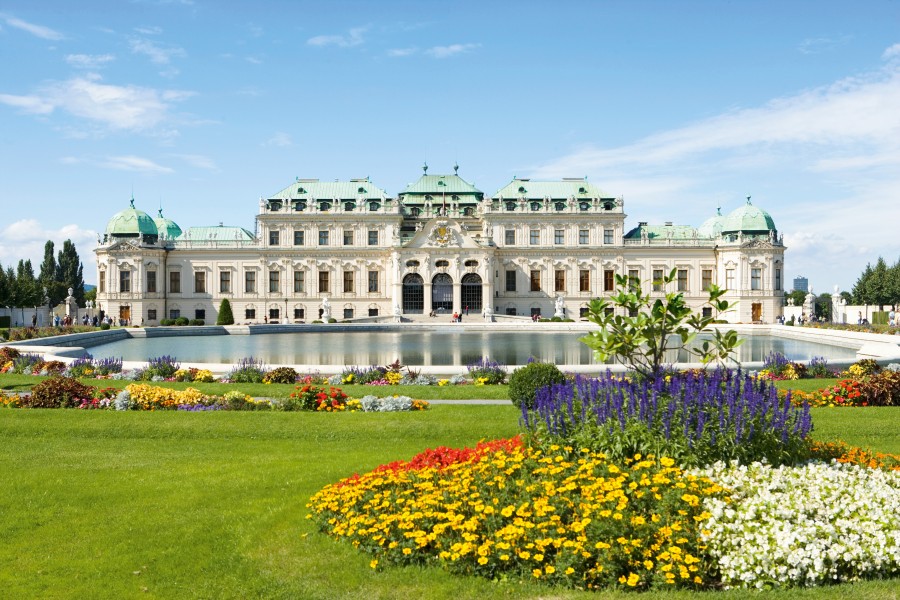 Such was the architectural aspiration that when Prince Eugene of Savoie returned from war to check on his architect’s progress on the Belvedere Palace, he was so disappointed that he downgraded the creation to his summer palace. Then, he commanded the architect to immediately start again on a much grander more opulent construction.

For over six centuries one dynasty, the Habsburgs, had ruled a huge empire. Later, on the cruise, an excursion to the Wachau Valley helps us understand where the wealth originated to finance Vienna’s grandeur. As we walk towards Durnstein, we follow what was once the tow-path for horses pulling the ships that frequently paid tolls. Then we come to a point where a ferry took up to 40 horses across the Danube to the south bank when a wall of granite blocked the north bank towpath. That is how busy the Danube was. 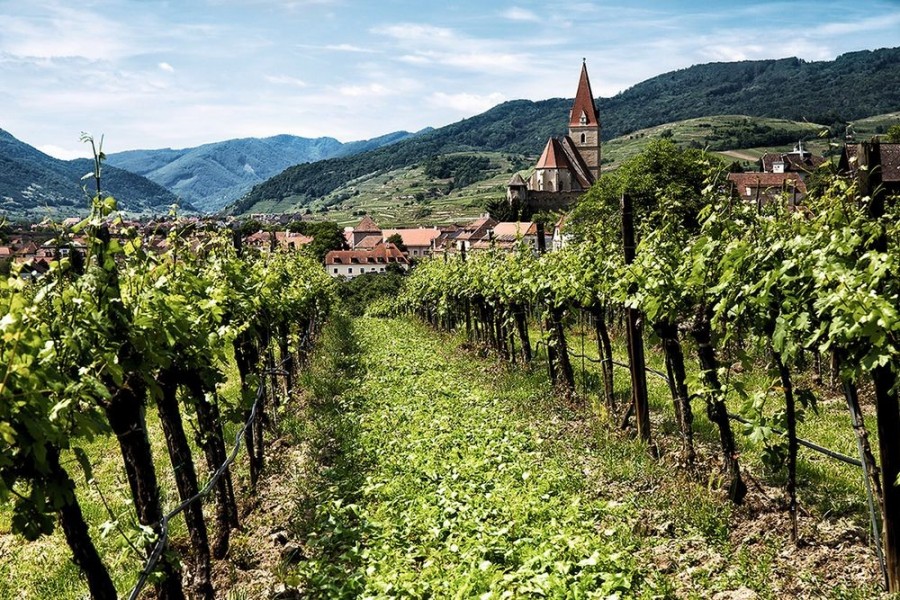 Looking out from the panoramic picture window in our spacious cabin, with Juliet balcony, we soon learn that despite Johann Strauss’s waltz, the Danube is not blue. Sometimes green, sometimes brownish – but nearly always beautiful. The colours are reflected from riverbank forests, from vines, from towering granite canyons and from the Visegrád mountains. More importantly, the Danube is clean thanks to strict Austrian controls. Perch, salmon and trout find their way from the river to the A-ROSA Donna’s lunch and dinner buffet.

Our tour of Vienna takes us through a cultured city of four opera houses, three orchestras and the famed white dressage horses of the Spanish Riding School. 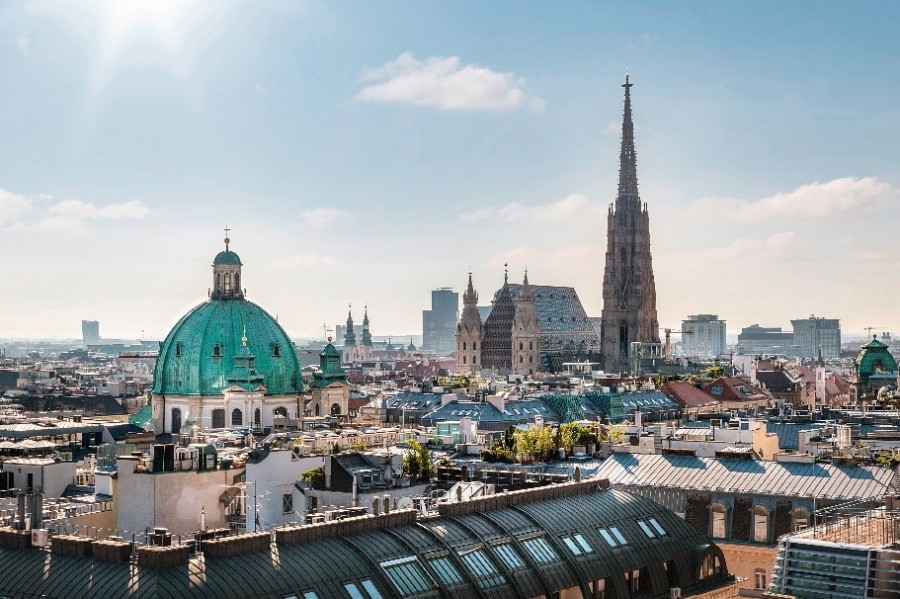 “Ahead are the President’s rooms,” our guide announces but there is a note of frustration.

“Or they would be if we had a President.”

After an indecisive proportional representation election, competing parties can not agree on a compromise appointment as President.

Along the way, Markus points out Vienna’s quirks. A statue of a yesteryear Admiral though today land-locked Austria has no navy. The 19 birthing rooms surrounding the dance hall so that pregnant women could keep waltzing until that first contraction.

Also, there is a visit to the 1980s Hundertwasser’s House. Hundertwasser was Vienna’s organic version of Gaudi. The Viennese designer planted trees on roofs, believed that uneven floors were good for the feet and would have installed compost toilets in 52 flats if the planners had permitted.

We walk through the glitzy designer shops of Kohlmarkt. Ironically, the original goods on sale were cabbages. Finally, we visit the Gothic creation that is St Stephen’s Cathedral with that famous stripped roof.

Back on the A-ROSA Donna, Vienna is with us in culinary spirit. Guests can opt for Exclusive Fine Dining (for a small supplement) and one evening the menu honours the cult figure of Emperor Franz Josef’s spirited Queen Sissi who had no time for court etiquette. 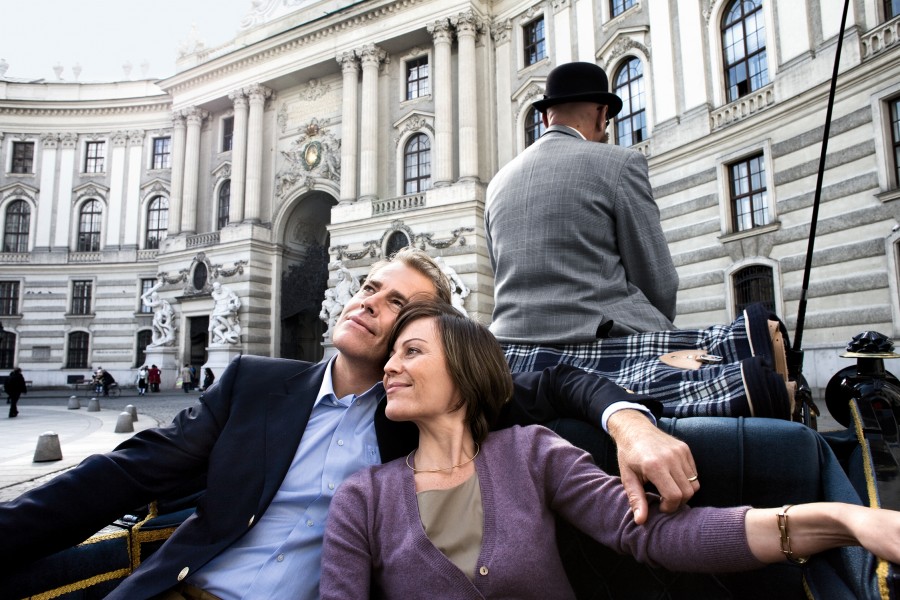 Four Austrian wines are paired with a tasting menu inspired by dishes from the Hofburg Palace. Though whether Queen Sissi, who binged on ice cream and pastries before fasting to preserve her 18 inch waist, would have another tackled any of the five courses – other than an incredible dessert of marinated plums, wispy almond soufflé and intense walnut ice-cream – is an issue for debate as we cruise towards our next port of call: Budapest.

A-ROSA River Cruises on the Danube are bookable through a range of UK tour operators who package the cruise with flights, transfers and in some cases excursions.

A 9-day ‘Highlights of the Danube’ river cruise aboard MS A-ROSA DONNA in May 2020 is priced from £1929pp to include return flights, seven nights all-inclusive cruise on MS A-ROSA DONNA, two excursions (city tours in Vienna and Budapest), the services of a dedicated Shearings Cruise Manager onboard plus overnight stay in Munich. Based on two sharing.