If there is a South African hotel that brings you nearer to Table Mountain and the Atlantic Ocean then the 12 Apostles I can’t think of one.

Warming afternoon sun streams into your sea-facing balcony for catching the rays, late into the afternoon for the maximum bronzing and minimum UV risk. At the 12 Apostles Hotel and Spa you can walk on the mountain in the morning before the most sumptuous breakfast buffet imaginable, served until a very civilised 11 am daily.

Then, if you feel you must leave the property, take one of the shuttle bus options to the trendy Camps Bay strip of restaurants and beaches, less than five minutes away or 20 minutes into the celebrated Cape Town Waterfront. From your position in Oudekraal, you can reach Llandudno’s nature reserve and nudist beach at Sandy Bay or onwards to Hout Bay, a fishing village meets arts-and-crafts markets as easily. 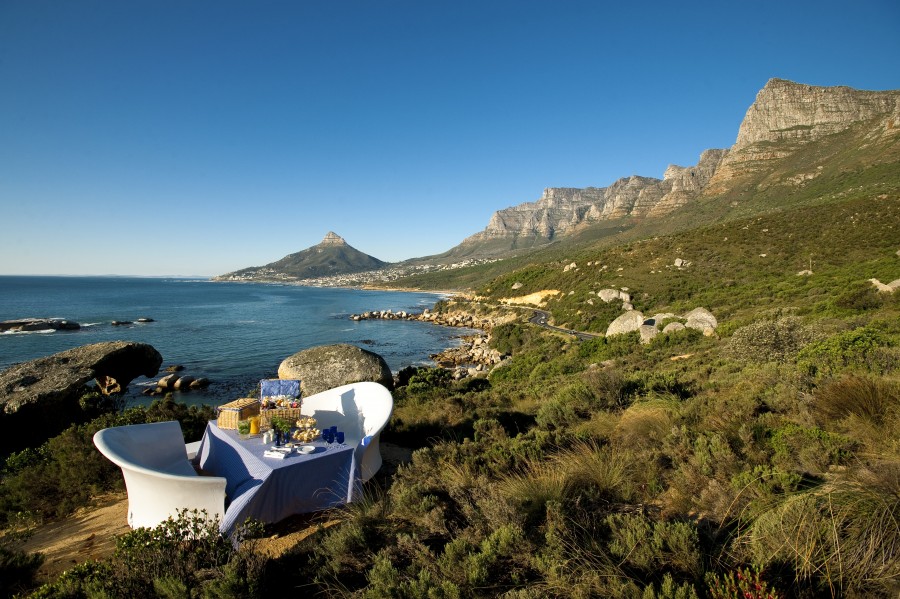 The 12 Apostles Hotel and Spa, named after the mountain peaks that form part of Table Mountain National Park, is a family owned and managed hotel and part of the acclaimed Red Carnation Hotel Group. Signature tunes at a Red Carnation Hotel include a Leopard Bar. Here, at the 12 Apostles Hotel and Spa, they have taken the burgeoning trend in artisan local and imported gins into offering gin tastings accompanied by indigenous flora, fynbos. 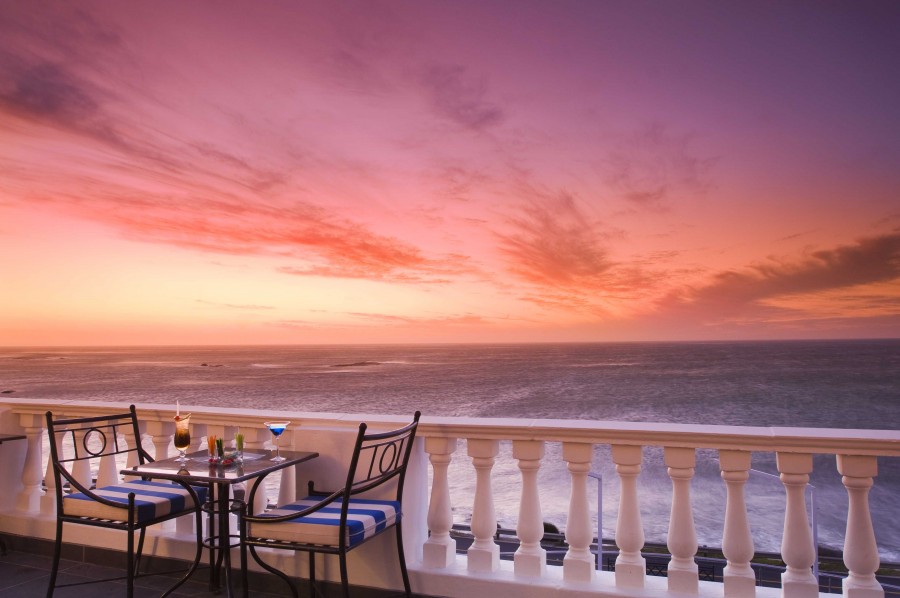 Playful touches like a welcome, or, in our case, a welcome-back helium-filled balloon is waiting in your room on check-in and you may find your favourite drink on ice. While many hotels ask for guest-preference information ahead of check-in, The Red Carnation has taken this a number of steps further so they can personalise your stay even to the point of asking which magazines you might enjoy. 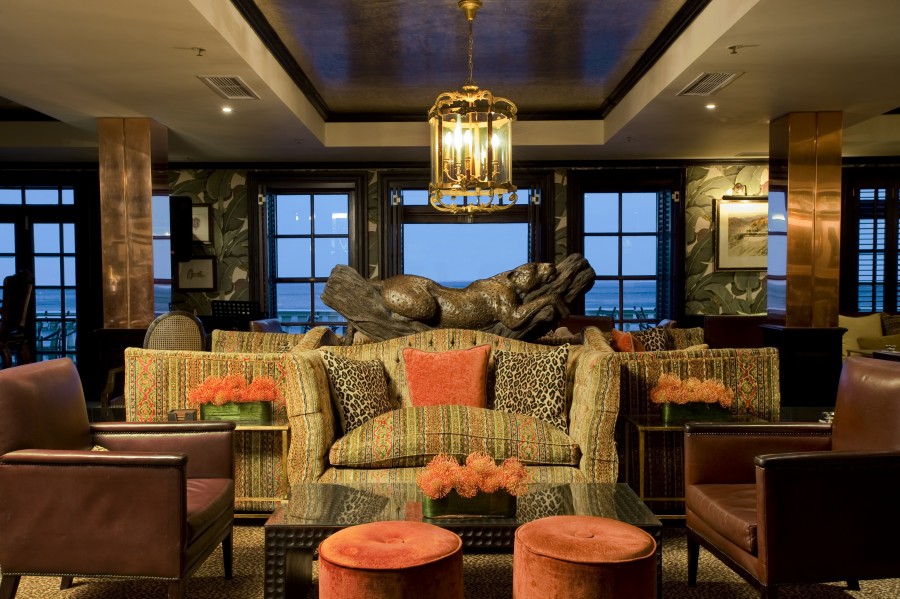 There are two heated outdoor swimming pools; the most spectacular is carved into Table Mountain like a series of rock ponds. Then, inside the spa, they have created a grotto with salt-water pools that evokes the idea of the stylish underwater lair of a James Bond villain. Of course, The Tollmans, the family that owns the hotels, are also wonderfully talented decorators and this spa gets the all-white treatment with white-washed rock boulders and white-washed cane furniture that is covered in plastic and terrycloth for use while dripping wet.

The bathroom amenity range is another example of how the family’s influence impacts every aspect of the guest experience. The B| Africa product line was created in honour of Bea Tollman, founder and president of The Red Carnation Hotel Collection, who says: “The unique natural locations of each of the Red Carnation properties are encapsulated in our B| Africa products and treatments, which harness the essential, life-giving properties of Mother Nature’s rich bounty to calm, detoxify, nourish and energise body, mind and spirit.” 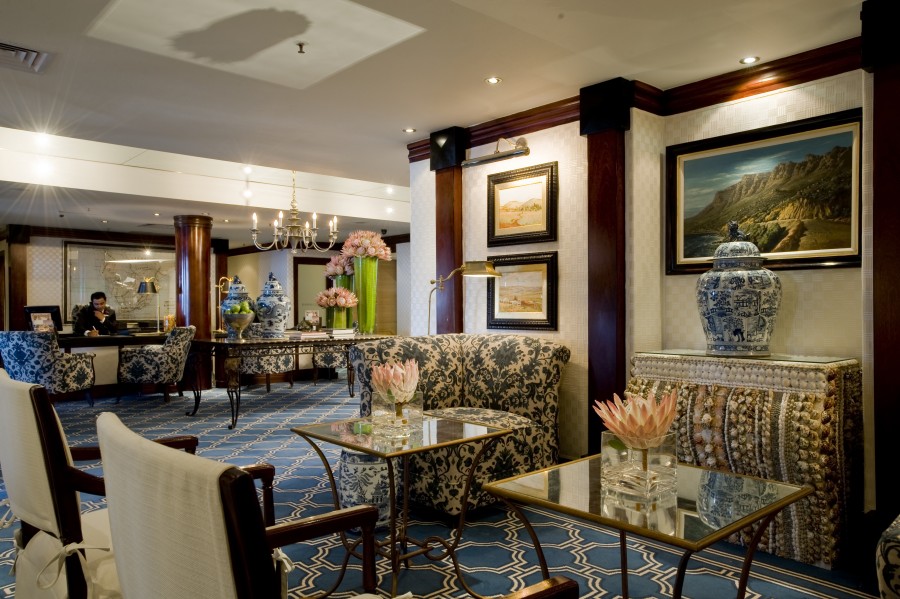 A number of Bea Tollman’s favourite recipes, her cheesecake and chicken soup amongst the most famous, are served in restaurants in Red Carnation Hotels around the world.
The Theatre at The Bay is a two-minute car journey from the hotel and at least one of your evenings as a guest should include a show there.

Although each of the 70 rooms is individually decorated, expect rooms that face the sea or the mountain – a few boast both views. Sea-facing rooms are on two levels with the sitting room and generous patio with table and sun loungers on the lower level. 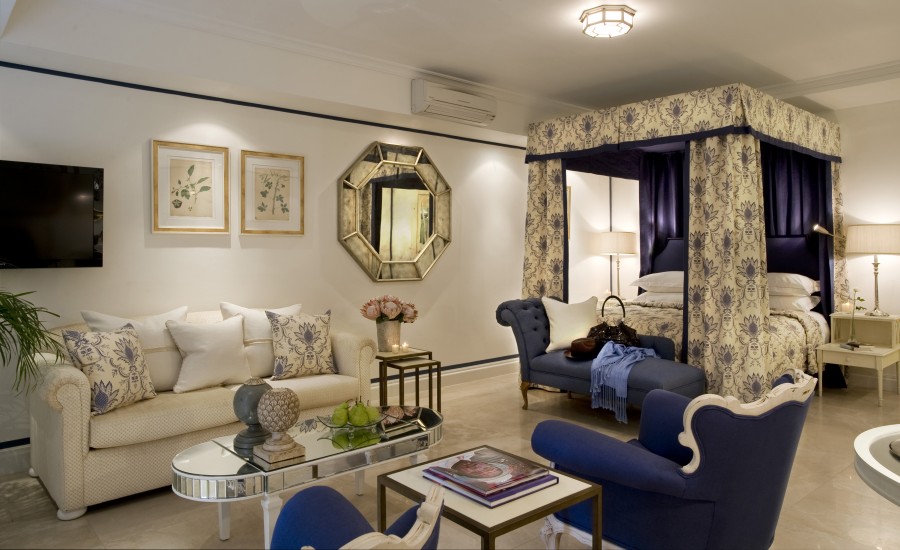 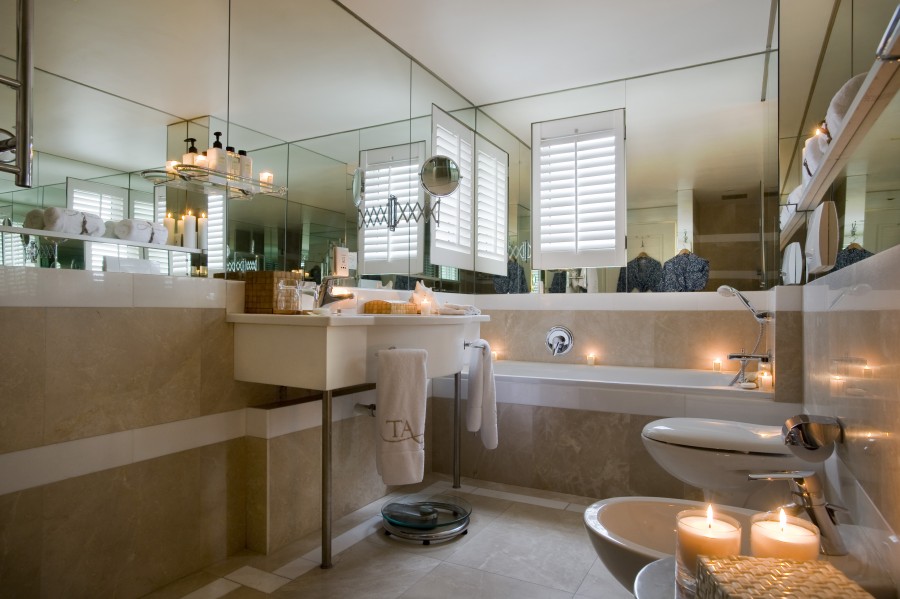 Marble bathrooms are mirrored throughout giving the impression of endless space. A standalone shower cubical, dual basins, bathtub and toilet are standard. Expect two robes, one plush and oversized in which to envelop yourself and the other, as light and wispy as the breezes that tousle the leaves in the trees. Luxury is in every detail but it is felt most acutely in the service experience. Guests feel like they are cherished members of the family.

To give yourself the complete experience, extend your visit to include a few days in the Cederberg Mountains, at Bushmans Kloof Hotel and Spa, another Red Carnation Property, with some of the most spectacular ancient rock paintings, flora and fauna and incomparable star-gazing. Bushmans Kloof is about three hours away by road. And, for a sub-tropical seaside experience, The Red Carnation’s The Oyster Box Hotel and Spa near Durban, about a two-hour flight from Cape Town, cannot be beaten

Tell Me More About The 12 Apostles Hotel And Spa