Vueling partners with BA on Italy and Spain routes

Barcelona based Spanish airline Vueling partners with BA on its Italian and Spanish routes with the news that the airline is adding its flight code to more than 30 BA flights this Autumn.

Vueling’s customers will be able to book BA flights on routes to and from Gatwick and Heathrow airports adding to the existing reciprocal relationship started last year when British Airways added its flight code to over 180 Vueling flights from its Rome Fiumcino and Barcelona bases. 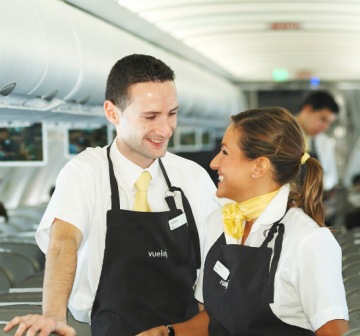 Vueling customers are now able to book British Airways flights on routes from Gatwick to Barcelona, Naples and Rome for travel from October 1 whilst flights from Gatwick to destinations such as Malaga, Lanzarote, Genoa and Pisa will be added in the near future along with Heathrow services to Ibiza, Palma, Milan and Pisa.

Sean Doyle British Airways’ head of alliances and joint business, said:  “British Airways’ relationship with Vueling continues to go from strength to strength and customers of both airlines will benefit from the choice and flexibility that these additional codeshare routes bring on routes between the UK, Spain and Italy.”

Fernando Estrada, Vueling’s chief strategy Officer, said “This agreement will enable us to broaden the routes available on our website, thus giving a better service to our customers, while consolidating and strengthening our relationship with our IAG partner British Airways.”