Formerly Osprey Ridge, when it was first designed by Tom Fazio in 1992 for Disney, he gave it a makeover in 2014 when it re-launched as Tranquilo Golf Club at Four Seasons Orlando.

I’m playing the course just after the Diamond Resorts Invitational where legendary names from golf, sport and show business did battle over 3 days. The net result of all that is I’m playing on greens that are like ice. 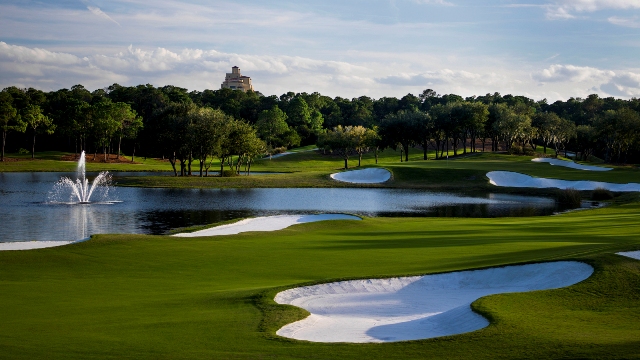 It’s not the shortest course I’ve played either, at 6,901 yards with plenty of water everywhere and those lightening greens, it will be a tough nut to crack.

Florida golf courses are tropically lush by nature, but fairly flat, however Fazio has put enough elevation in some of the greens to push off any shots that might be slightly off line.

This is a course that takes its nature seriously. The hotel vanishes after the first hole and only reappears as you walk down the 18th. In between is rich tropical jungle and lines of  southern live oak trees which all make for a wonderful wild life habitat. Indeed, on many holes the distance from the green to the next tee is considerable, but it’s worth it to see such close up wild life. 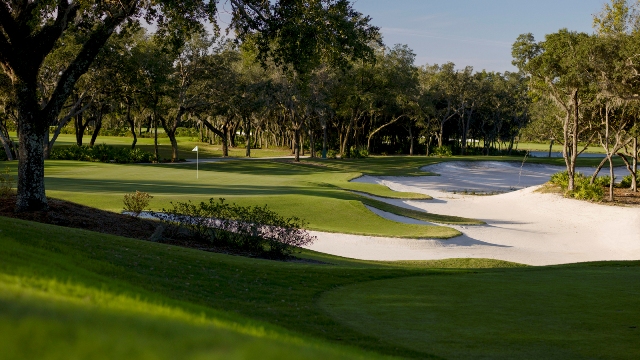 The course is certified by the Audubon Cooperative Sanctuary program and its abundant deer, wild turkeys, osprey, turtles and the odd alligator take full advantage of the protection. I’m repeatedly reminded of this when my cart goes near water, by a message on the monitor warning of snakes and alligators near lakes.  On the tee at the 12th hole, a family of deer simply walked across the fairway in front of me to graze in the opposite rough.

It was a lovely moment, ruined by a terrible tee shot. 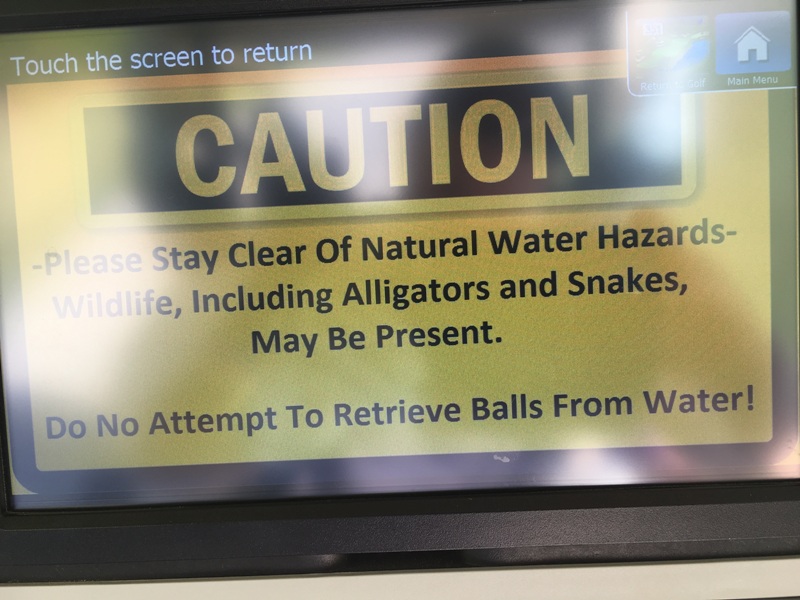 Naturally, every course has its signature hole and Tranquilo Golf Club at Four Seasons Orlando has the par 3 18th. 217 yards of carry over a huge lake to green surrounded by deep bunkers. Not for the faint hearted, this is a hit and hope for the higher handicappers. Perhaps, a cruel way to ruin a round, it nevertheless a dramatic closing hole. 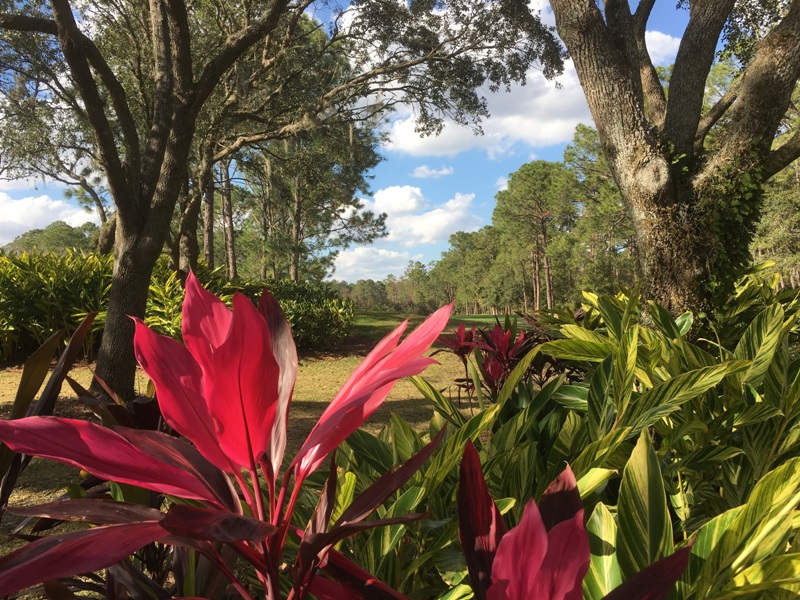 This is a course that more than lives up to the Four Seasons badge. It oozes quality, and there are some typical Four Seasons touches; every player gets two sleeves of balls, and there are complimentary cool boxes of oranges, apples and water on selected tees around the course.

It’s a course with plenty of after-the-round talking points back in Plancha for a drink or two.