The St. Moritz Gourmet Festival Japanese Edition. The town of St Moritz, at an altitude of over 1800m, was Switzerland’s first winter resort and still attracts the rich and famous to its classy 5* Superior hotels. Designer stores line its streets and expensive furs dress the women, while the men dig in their deep pockets to pay the bills. Surrounded by mountains, it’s situated by a lake where winter activities on its frozen surface include horse races and even a cricket match.

In January there’s the week long annual Gourmet Festival, this year involving contemporary Japanese Cuisine, subtitled ‘Yokoso Nippon’. The idea is simple – invite nine of the most innovative Japanese chefs, let them take over the kitchens of the posh hotels, and serve up dinner every night. Actually only three have actually made the journey from Japan, as the other six cook in restaurants in the rest of the world. Probably the most well-known is Nobuyuki Matsuhisa. He now has 39 Nobu restaurants spread over five continents in 14 cities 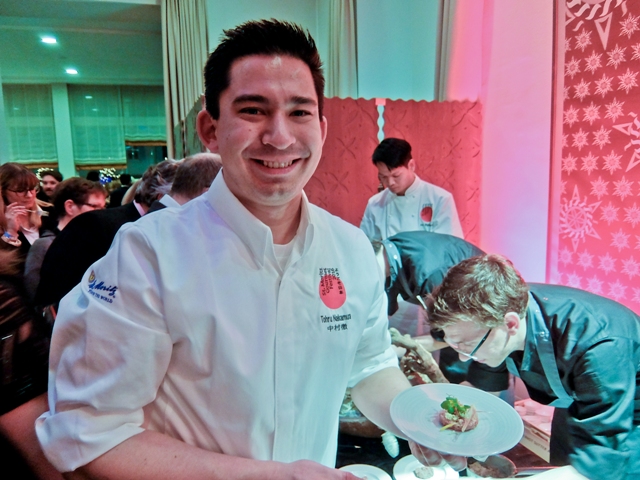 This week he’s slaving over a hot stove at Badrutt’s Palace,  whilst Hiroki Yoshitake is at the Carlton, Kei Kobayashi at the Kronenhof, Hideki Matsuhisa at the Giardino Mountain, Akifumi Sakagami at the Schweizerhof, Keisuke Matsushima at the Waldhaus, Tohru Nakamura at the Kempinski Grand Hotel des Bains, Hisato Nakahigashi at the Kulm and Masayasu Yonemura at the Suvretta House.

Being St. Moritz, of course there’s a Grand Opening at the Kempinski, complete with copious champagne and all the chefs gathered to serve samples of their best work. As you’d expect seafood features heavily and, although we’re a long way from the sea, they tell me they’ve sourced their fish from the market in nearby Milan. As expected, Nobuyuki Matsuhisa delivers tasty morsels with Black Cod wrapped in Butter Lettuce and Tuna Sashimi Rolls on skewers. There’s excellent Sushi with a huge Tuna carved in front of me by Akifumi Sakagami, but I also like the fusion of boiled Sardine on a bed of Ratatouille and Sushi Rice with Japanese Pepper from Masayasu Yonemura. 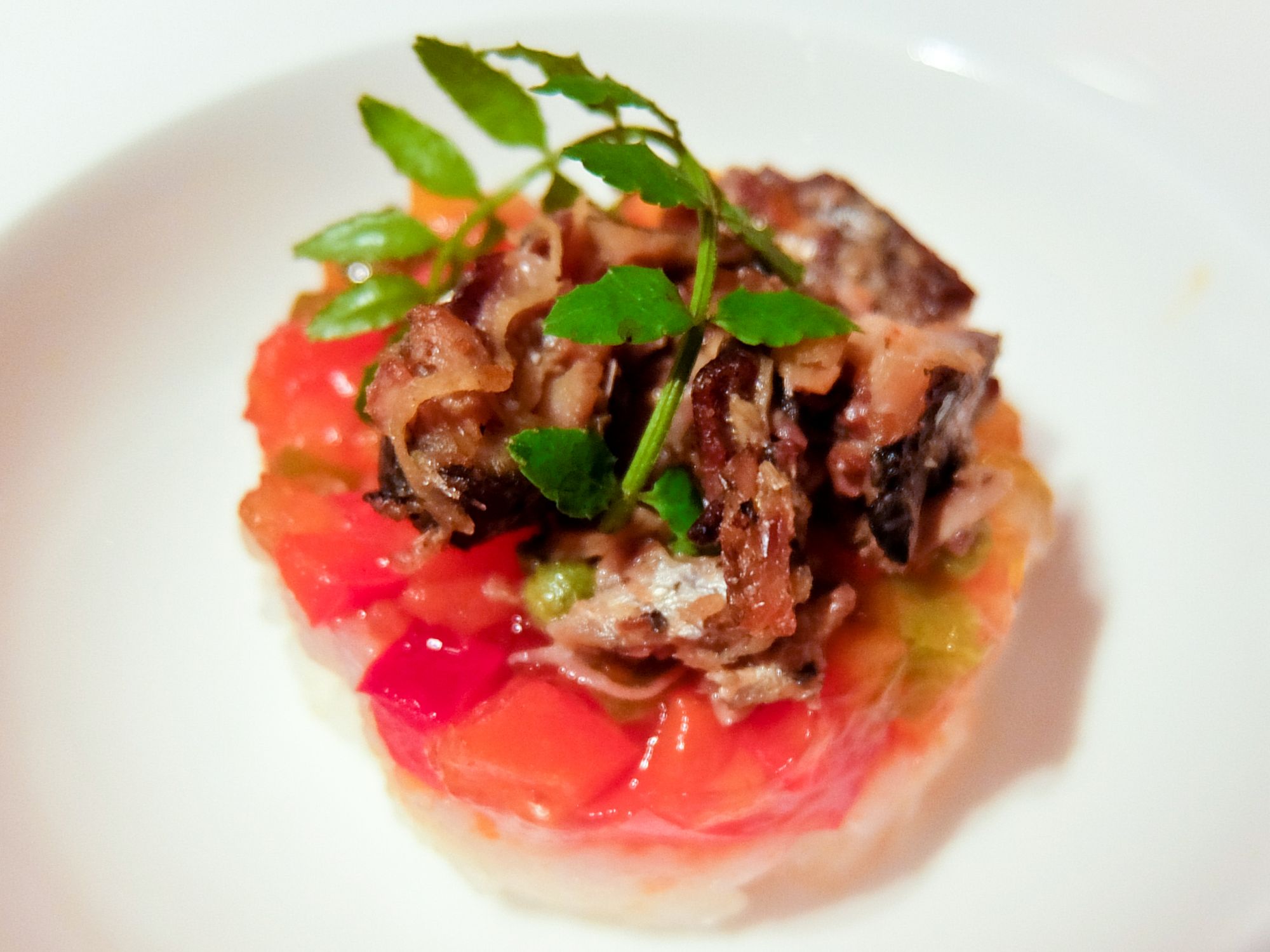 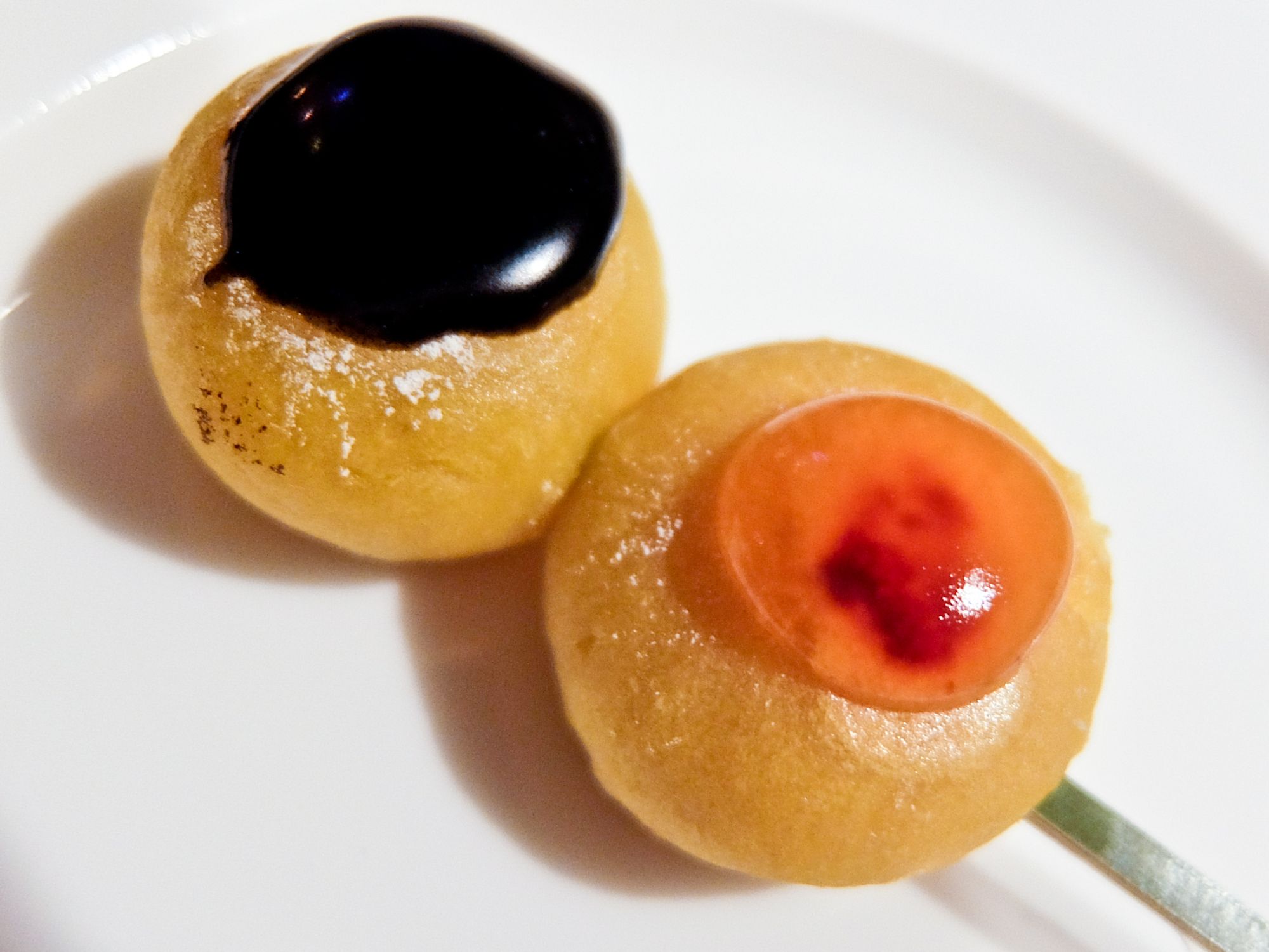 Next day I eat an eight course dinner from Keisuke Matsushima at the Waldhaus, where I’m staying. He has one Michelin star at his restaurant in Nice and it shows in his execution. This is refined French cooking, although a starter of Fish Tartare, topped with Caviar, swimming in a spicy Bouillabaisse with Ginger and Wasabi shows his Japanese roots. His real success is a main course of Pigeon, the breast grilled, and the leg stuffed with the liver and heart. 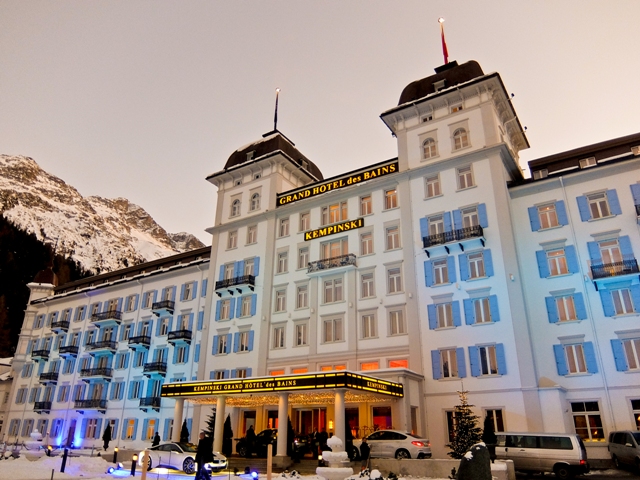 More Japanese is the food of Tohru Nakamura at the Kempinski. His Restaurant Geisels Werneckhof is in Munich and perhaps Germany is more open to the concept of fusion than France. Six amuse-bouche set the scene, including a Trout Ceviche, Seafood Stew with Artichokes, and grilled Kingfish on Green Wheat. It gets more interesting with a Norway Lobster with Tonka Bean, Celery and Lemon, but his great triumph is Scallops, topped with Mikan, a Japanese Citrus fruit, in a Sea Urchin Broth with seared Cauliflower.

It’s not all about big dinners.  Also on offer are Gourmet Safaris, where you’re chauffeured between five kitchens with a different course in each, or a daily Sushi and Kaiseki Blizzard on Corviglia, the St. Moritz mountain, at an altitude of 2486m, prepared by Akihiko Suzuki.  There are Chocolate workshops, Champagne tastings and even an afternoon traditional Japanese Tea Ceremony. 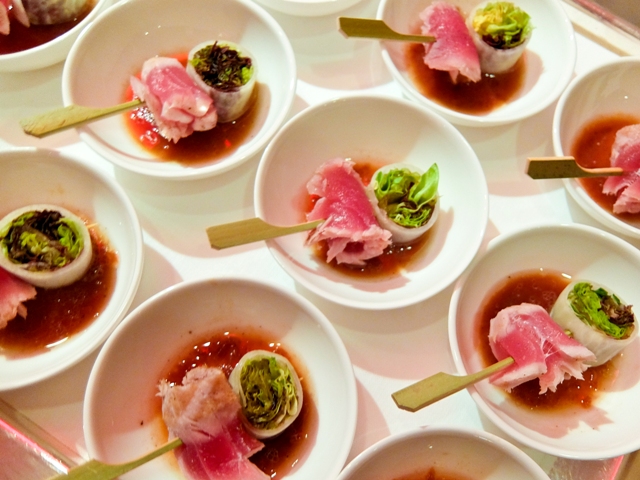 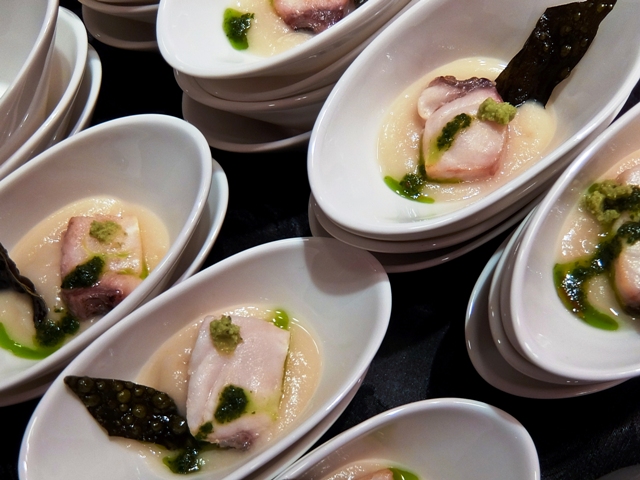 On Wednesday, all the chefs cook at a Kitchen Party in Badrutt’s Palace, and their guests cram in right next to the stoves, sampling their dishes. There’s live jazz, with unlimited Champagne, and you certainly feel the heat of the kitchen. At the end of the week is the Great Gourmet Finale where the Japanese chefs, together with their Swiss counterparts, prepare a fantastic multi-course menu in the Kulm Hotel, decorated for the occasion in Far Eastern Style. 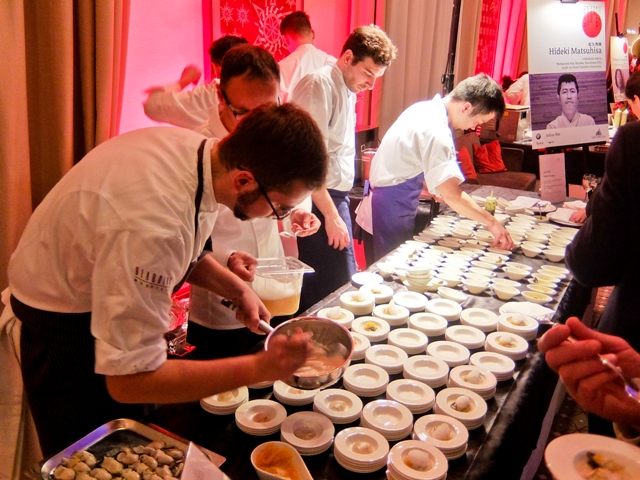 UNESCO recognises only two cuisines as worthy of World Heritage status, French and Japanese and over the week I enjoy an interesting mixture of both. What these chefs bring to the table is an Asian attention to detail, using not only many Japanese ingredients, but also a deep knowledge of the techniques of classic French cuisine. St. Moritz already has places that serve Sushi, but perhaps the contribution of the Gourmet Festival is to orient the palates of international jetsetters towards an Easterly direction.

The next St. Moritz Gourmet Festival will take place in January 2017 and feature chefs from the USA.

The Waldhaus makes a pleasant base to explore both the festival and the mountains.

The Swiss Travel System offers a Swiss Transfer Ticket that covers a round-trip between the airport/Swiss border and your destination. Prices are £94 in second class and £151 in first class.