Anthea Gerrie enjoys the delights of a COVID-friendly cream tea amongst the flora and fauna of Sissinghurst Castle Garden.

National Cream Tea Day may have gone tragically unsung in 2020 by thousands of British cafes and tea rooms unable to lay tables and serve the nation’s world-famous culinary indulgence. But at Sissinghurst Castle Garden on the Kent-Sussex border, one of England’s loveliest estates, staff were keeping calm, carrying on and churning out hundreds of fresh-baked scones.

The cafe may, like all others in England, only have been open for takeaways, but Sissinghurst was one of more than 20 National Trust properties which came up, against all the odds, with a proper cream tea on June 26 –  the NT is, after all, a national treasure which served no less than two million scones last year made with flour from their own farm. 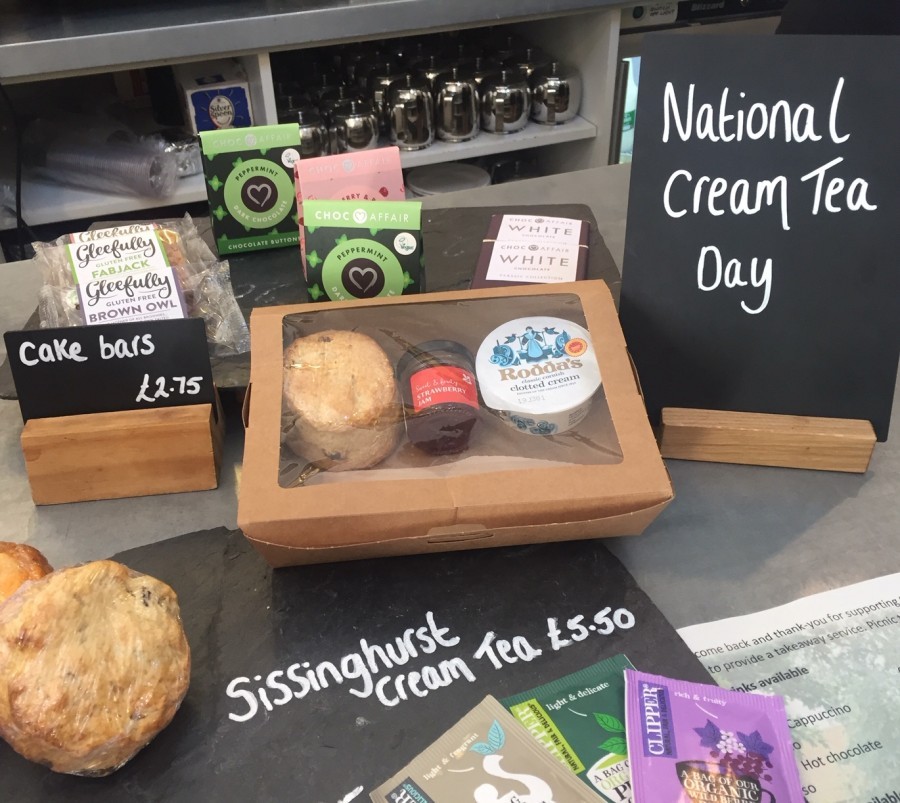 Due to COVID restrictions, the 2020 teas, complete with individual pots of strawberry jam and tubs of clotted cream, had to be packaged up in boxes to be enjoyed wherever a perch could be found while on-site consumption was banned.  Luckily for this scone aficionado, Sissinghurst proved to have one of the finest picnic areas in the Trust portfolio, with a clutch of widely-spaced tables overlooking the Kentish Weald.  And it surely has the most versatile staff, given that perfect scones were baked from scratch by another member of staff while the head chef was furloughed.

All but two of the Sissinghurst gardeners were also furloughed this spring, offering visitors a unique opportunity to see the exquisite flowers, foliage and shrubs as never before – in a state of genteel deshabille while an increased complement returning to work tidies up the beds and gets prize blooms back into their finest form.  Owner and creator Vita Sackville-West would surely have approved since it’s said she favoured a naturalistic look over the manicured iteration which evolved after the National Trust took over the property and is gradually being relaxed – the wildflower meadow in front of the entrance was instituted by former head gardener Troy Scott Smith, and the current team are following his romantic spirit and looser style. 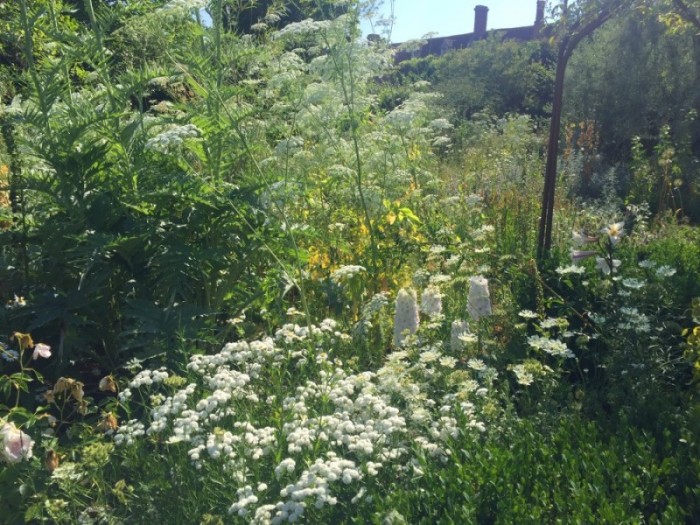 Vita and her husband Harold Nicolson created the garden in the 1930s, some 400 years after the Elizabethan buildings went up, a picturesque old brick backdrop for the formal and less formal gardens designed as a series of discrete outdoor rooms.  Most famous of these is the White Garden, whose blooms are actually punctuated with pops of colour here and there to punch up the snowy quality of the main attraction.  Similarly, the bushes of the Rose Garden, many descendants of the White Garden where they started life until they outgrew their space, are interplanted with many varieties of complementary species and will come into their own in July when a bit more deadheading has taken place.

It can take a good hour to appreciate these two gardens while maintaining social distance – they are relatively small, but packed with plants and punctuated by many narrow paths  – so do come early enough to also take in the Nuttery, replete with Kentish cobnut trees, the herb garden beyond, the Lime Walk and the South Cottage Garden, which will come into its own in August and beyond with a riot of late summer and autumn colour. 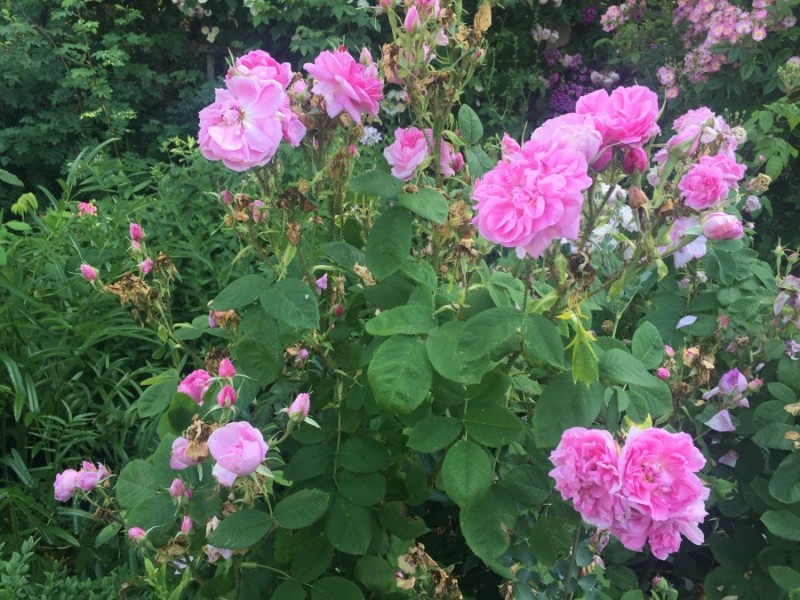 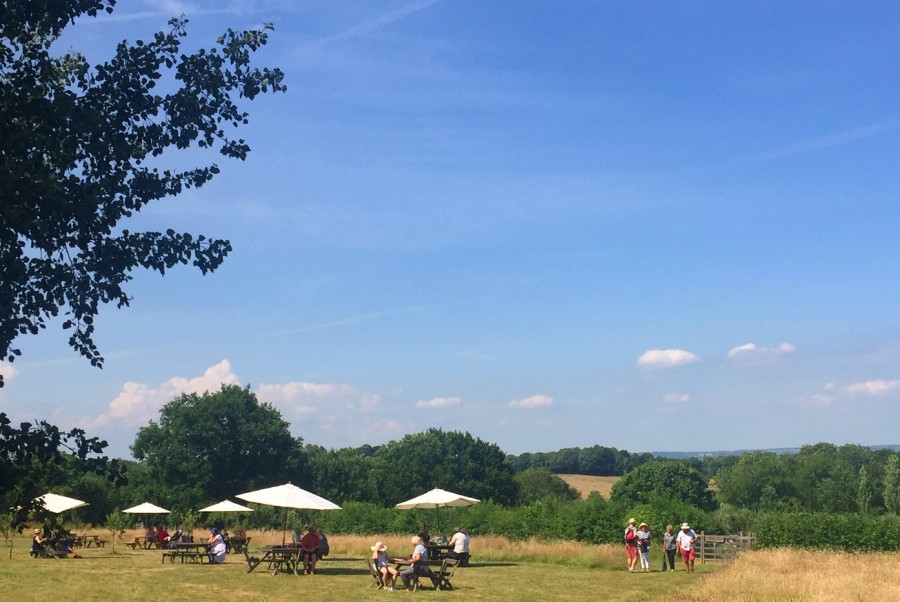 Retail therapy is part of the thrill of any NT property visit, and the plant shop which is in the throes of reopening is a particular joy of Sissinghurst.  As well as selling almost exclusively estate-raised plants, it also sells the produce of the prodigious vegetable garden which is most easily visited after picnicking, perhaps on a Sissinghurst cream tea or cake from the cafe if not your own sandwiches.   The restaurant will reopen in due course, and in the summer of COVID booking a timed entry slot ahead of a visit is vital – those arriving without one will be turned away.