Max on One. Frankfurt Jumeirah

“Why should we just eat German cuisine when we have flavours from the rest of the world to enjoy?” a Frankfurt resident confided to me after perhaps one Apple Wine too many.

Frankfurt, a mini-Manhattan buzzing with Germany’s Stock Exchange and Europe’s Central Bank, pulls in a cosmopolitan crowd. They come for business and leisure. Germany’s fifth city has restaurants that cater for the half of its population who are from somewhere else.

It’s a gastronomic journey that Max on One, the grill at Frankfurt’s Jumeirah, has also undertaken. Initially, the elegant wood-panelled restaurant, on the first floor, had something of a Teutonic flavour after the Jumeirah opened back in 2008. 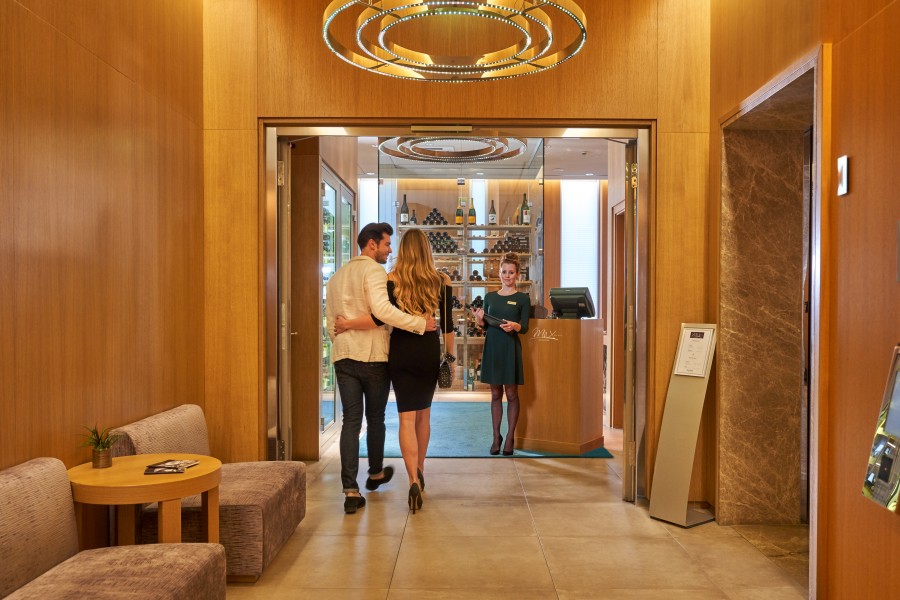 Recently executive chef, Frank Hartung, has struck out in a different creative and more international direction. A new-take on gastronomic classics is pulling in the punters. He has reinvented Bouillabaisse by serving the bowl first with wild prawns and succulent morsels of fish sizzling on its base. Then he supplies a steaming hot jug of decadent broth, a taste of Mediterranean living at its finest. His coq-au-vin, with Guinea Fowl upstaging chicken, is a little richer, a touch moister. Similarly, the palette is more appreciative of the classic flavours of Tarte Tatin when contrasted with a mellow lavender ice-cream: it works visually too.

Recently Hartung was inspired, in a sort of Heston Blumenthal left-field creative moment, when he hosted a cheesemakers’ event. Those who have tasted his prototype Parmesan Cheesecake, and it’s not made it into the menu yet, say that it shows considerable promise. 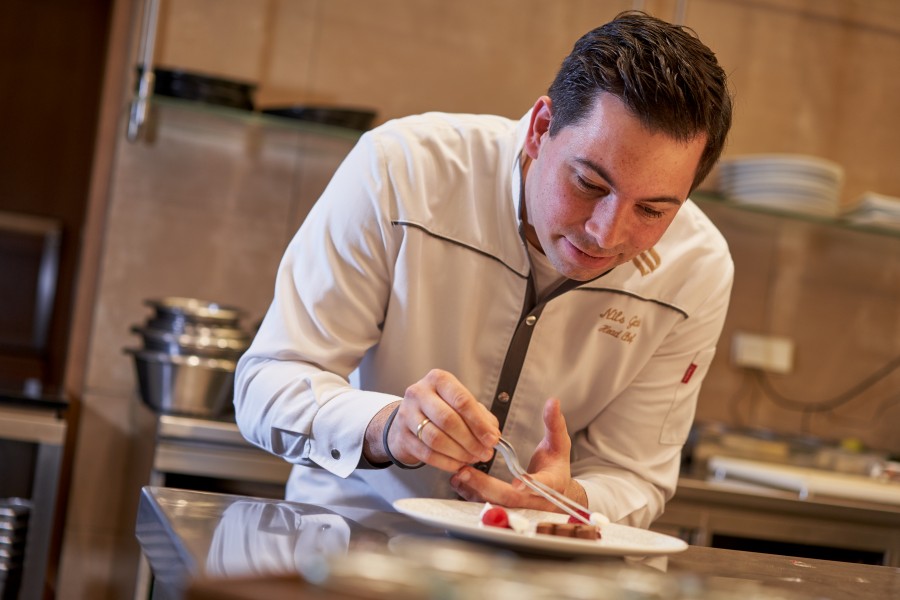 Entering the restaurant the glass wine cube immediately sends a strong message. With its racks lit by a myriad of small spotlights, the cube shouts that wine is taken very seriously.

It is worth checking the hotel’s website for the Winemaker’s Dinners. A winemaker is invited to match a wine with each of a meal’s four courses. Often there’s a glass of fizz pre-meal included in the package too.

These dinners illustrate the restaurant and its open-plan kitchen at their very best. You can see the teamwork as kitchen staff bend reverently, like devout worshippers with hushed whispers, as they convene to construct the next course. 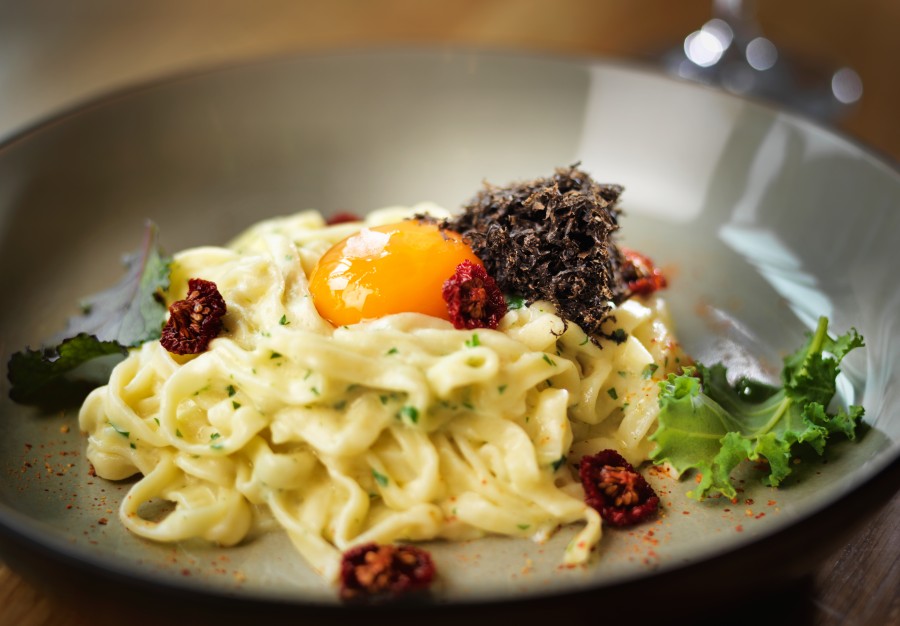 On these Winemaker Diners, Frank Hartung often joins the guests to check out the wines and chat informally about the creation of each course. Like most Frankfurt inhabitants his English is good so you can benefit from his wisdom even if your German is not fluent.

The only regret is that it is Max One rather than Max Twenty Five. That’s the top floor of the steel and glass Jumeirah that aspirationally soars into the Frankfurt sky. Jumeirah grabbed the lease on this central site after the bones of the tower’s infrastructure had been put in place. If you stay in the hotel it’s worth bagging one of the spacious suites on floors 17 to 25 with breathtaking views of “Mainhattan’s” skyscraper skyline. 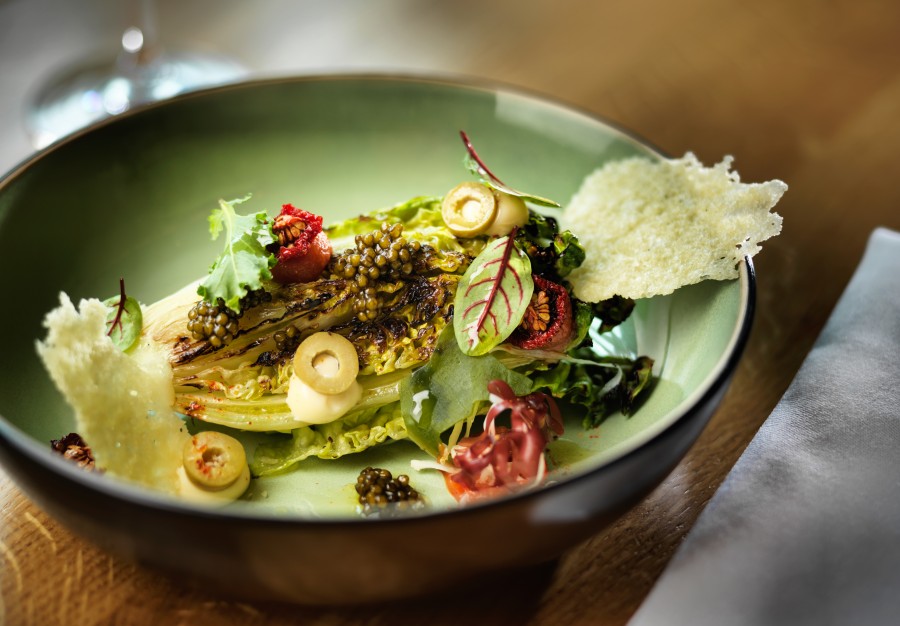 The 26th floor, the roof, is for 40,000 bees. Even they work for the restaurant, providing a honeycomb for breakfast. Their honey is used for cocktails and also in the Talise Spa’s signature honey massage.

Back to the restaurant: the wood panelling design is decorated with backlit mini jewellery displays which create a sophisticated ambience. Wall-to-ceiling abstract artworks, with thick-laid paint, provide bold and vibrant colour from a local artist.

The kitchen is large enough for Hartung to run a popular “How to Cook the Perfect Christmas Dinner Course” with up to a dozen workstations. 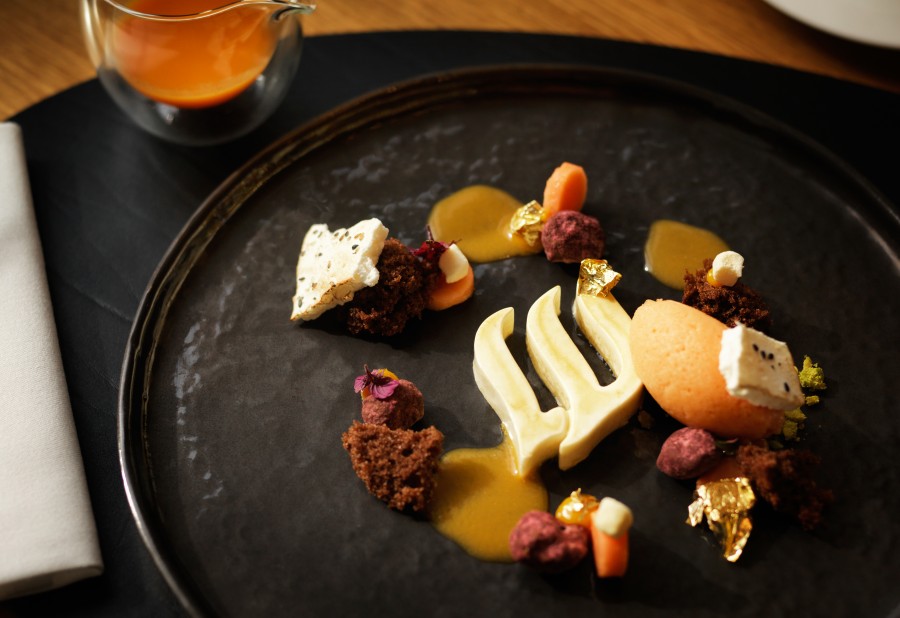 Jumeirah Hotels originate from the hot-wind-blown sands of Arabia where guests are warmly welcomed with generous but discrete hospitality. Diners at Max One may well have travelled from afar, often for business, and they appreciate the traditions of centuries-old hospitality and service.

Tell Me More About The Max On One

Max on One Grillroom,