Guide to the carnivals of Frankfurt Rhein-Main

it is carnival season again, and this year TripReporter offers up a guide to the carnivals of Frankfurt Rhine-Main a German region comprising one of the biggest collections of carnivals in Europe.

Carnival is a global celebration, always full of music and mayhem and lasts until the beginning of lent but in Frankfurt Rhine-Main it is known as the fifth season of the year such is its importance to the local communities.The parades themselves are ornately decorated floats, marching bands, dance ensembles and revellers of all ages and walks of life dressed in all manner of costumes.

The celebrations are of course not restricted to the streets. Elaborately planned carnival sessions are also held in ballrooms, town halls, community centres, inns, taverns and other venues, where the parties generally last until the early hours of the morning. 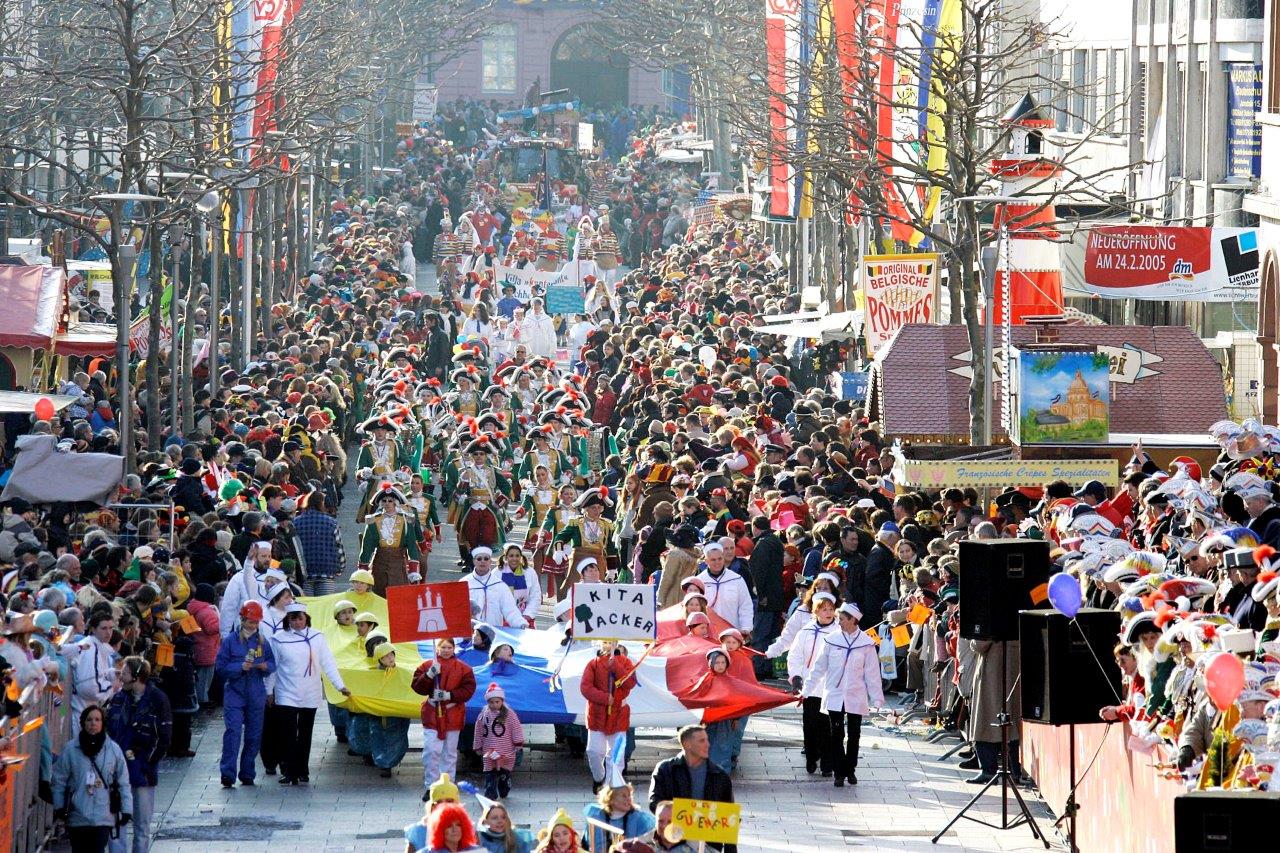 Frankfurt traditionally hosts the region’s largest Shrovetide Sunday procession (15th February 2015). Each year, this carnival parade lures nearly half a million visitors to the Main metropolis. Spectators traditionally reward marchers for their participation with sweets and other  “projectiles”. Aside from the main procession, Frankfurt also organises a children’s carnival parade, which winds through the city district of Sindlingen on Rose Monday (16th February 2015) from 2:11 pm onwards. On Shrove Tuesday (17th February 2015) a gun salute heralds the start of the oldest – and perhaps most beautiful – of Frankfurt’s carnival processions, the “Klaa Pariser” parade, leading through the district of Heddernheim. Its name, which translates into “Little Paris”, is a tribute to the town’s inhabitants, who are said to be as free-spirited as those of the real Paris. 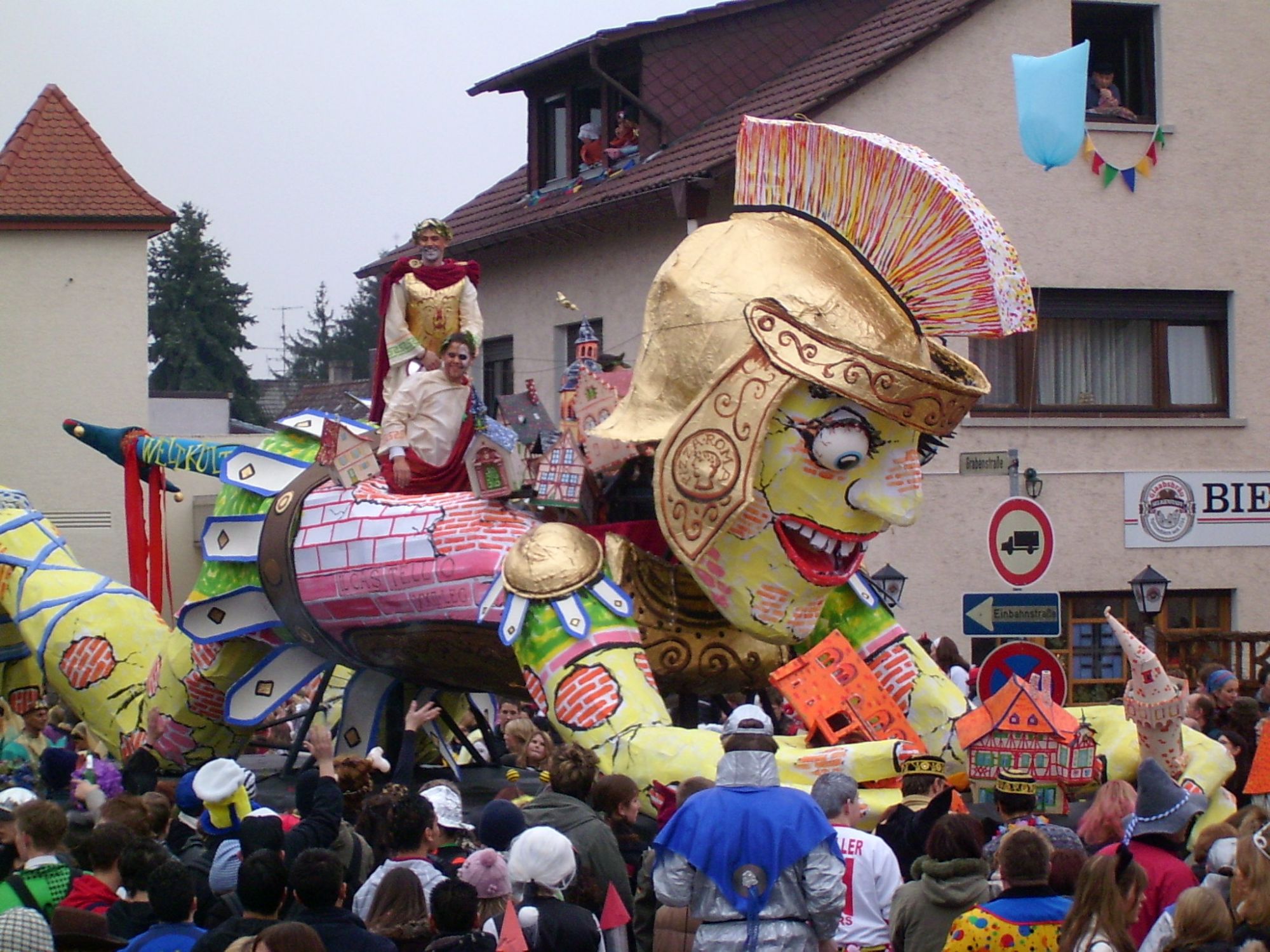 Aschaffenburg’s carnival parade kicks off on Shrove Sunday at 2:00 pm. Floats, marching bands and countless ensembles turn the procession into a colourful affair. The celebration features many of the Shrovetide traditions made famous by the carnival city of Mainz. No surprise, really, Aschaffenburg had after all been under the reign of the archbishops and electoral princes of Mainz for over 700 years.

The carnival festivities of the city of Mainz are particularly boisterous. Together with Cologne and Düsseldorf, Mainz is at the centre of Germany’s Shrovetide celebrations. The city’s Rose Monday parade is the absolute highlight. Looking back on over 170 years of history, it is one of the largest and most traditional of its kind. All of Mainz takes part in the parade, and the city centre is quickly transformed into a sea of colours. The parade, with its floats, marching bands, flag-bearers and traditional prince’s guards, commences at precisely 11:11 am, slowly meandering through city streets lined by tens of thousands of jubilant spectators. 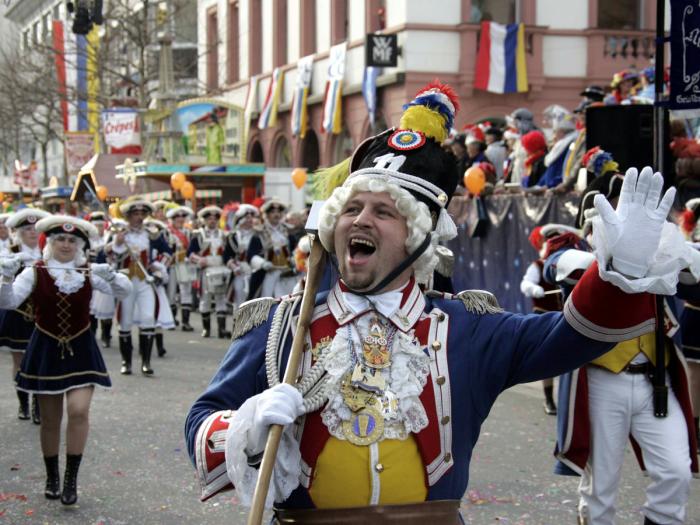 The Rose Monday parade in Kiedrich ranks amongst the largest and most popular of the Rheingau region. The procession through the Gothic-style wine town traditionally starts at 1:11 pm, by which time the streets are beautifully decorated and aflutter with merry-making, Bonbons and gummy bears are given away to all who come, while the wine also flows freely. A favourite carnival treat is the so-called “kreppel”, or “krapfen”, better known as the “Berliner”. These tasty, jelly-filled donuts provide a decent basis for a long night of partying. Which is what carnival is all about!

For more information on the carnivals of Frankfurt Rhine-Main visit: